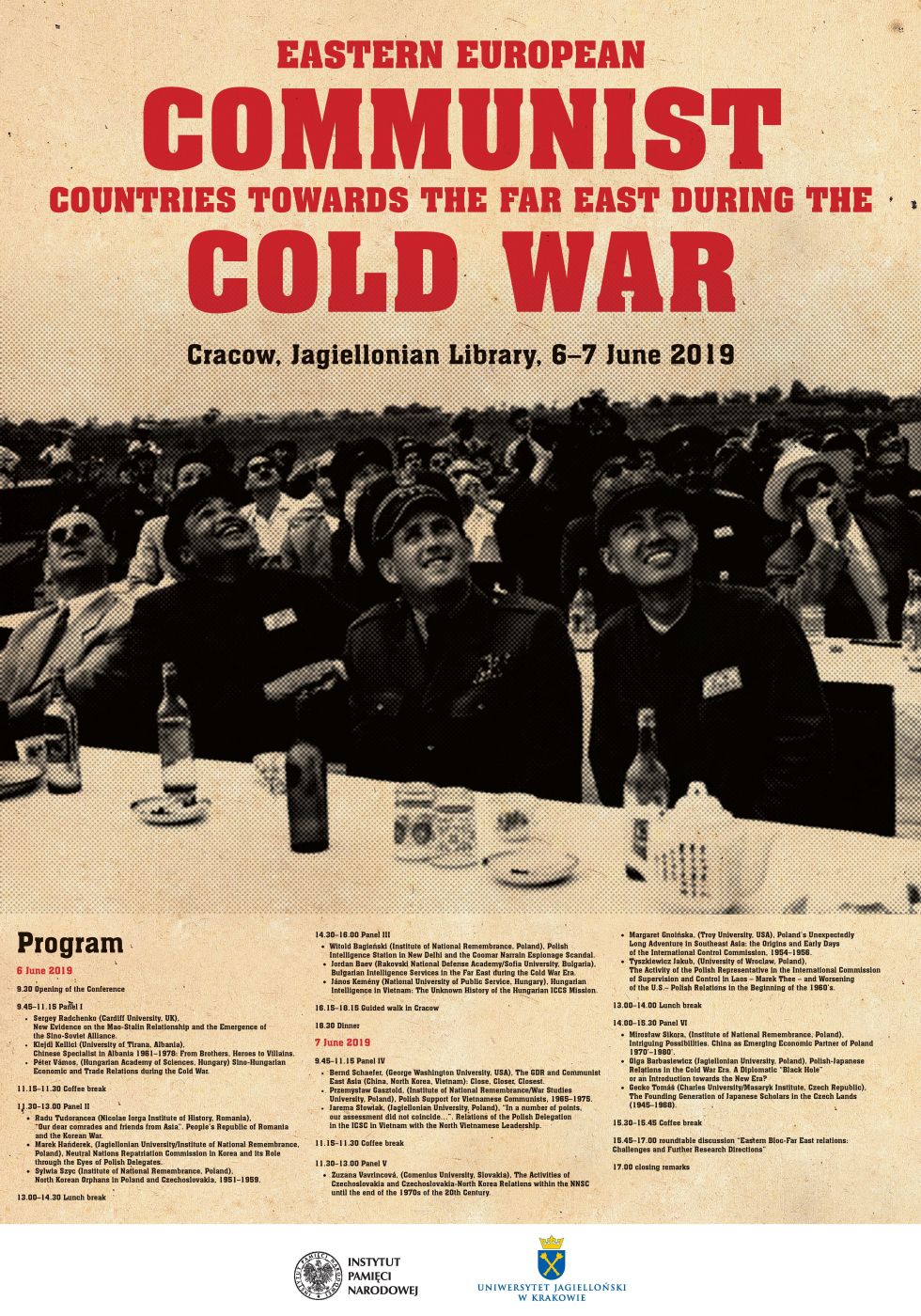 The conference aims at shedding new light on the multi-level relations between Eastern European Communist Countries and the Far East. The 30th anniversary of the collapse of Communism in Europe brings a great opportunity to revaluate political, economic, military, and cultural ties linking different European and Asian countries in comparative approach. The conference seeks to investigate the nature of this cooperation and the role of the Soviet Union, as well as explore the ways in which  the demise of Communism in Europe influenced socialists countries in the Far East.

9. 30 Opening of the Conference