The ceremony of awarding the "Semper Fidelis" Prize, 5 December 2022, at the Hotel Bellotto in Warsaw 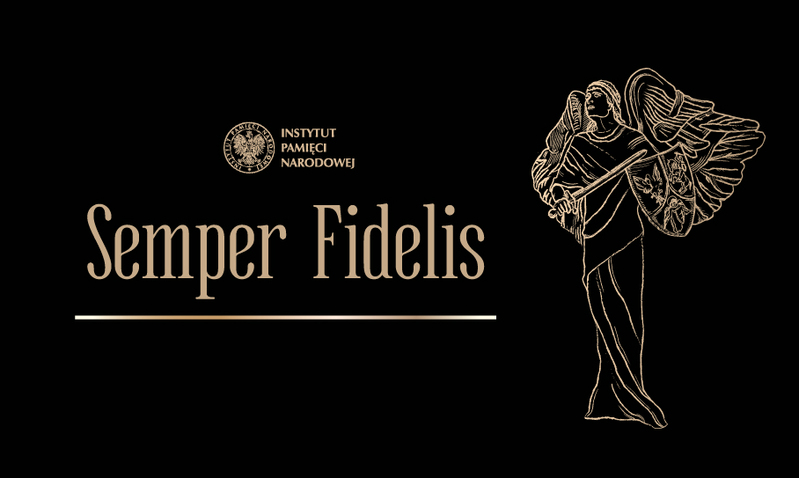 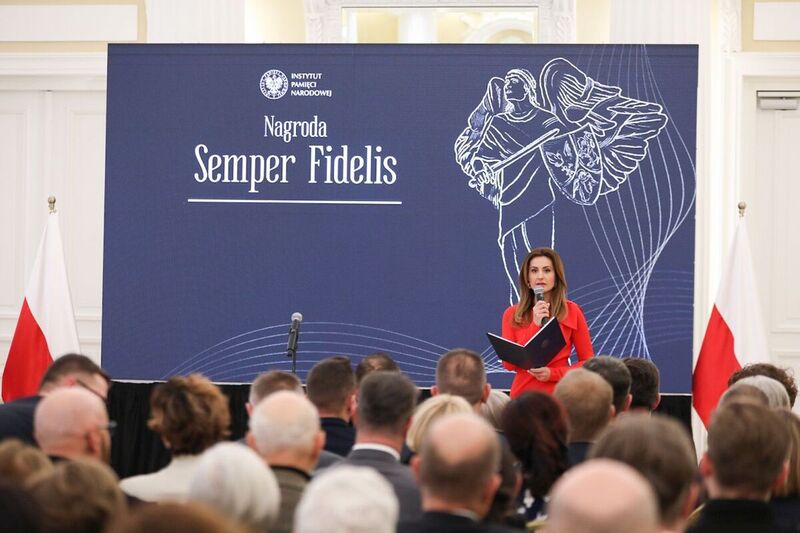 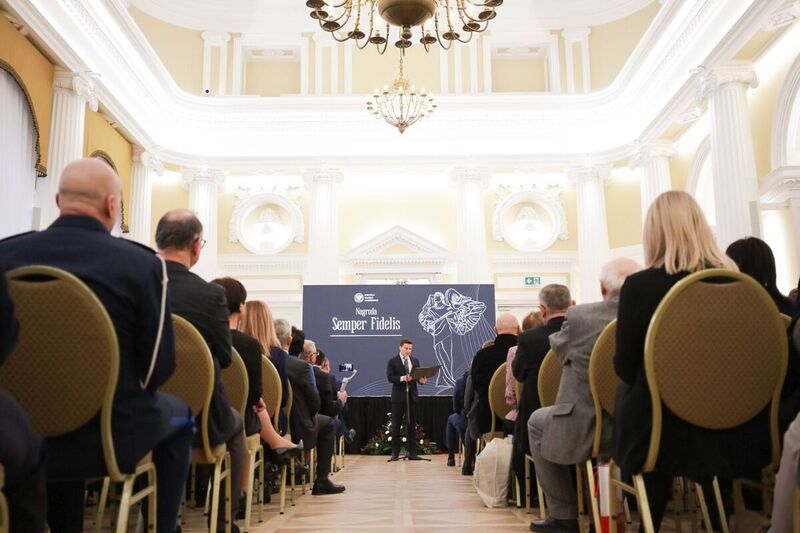 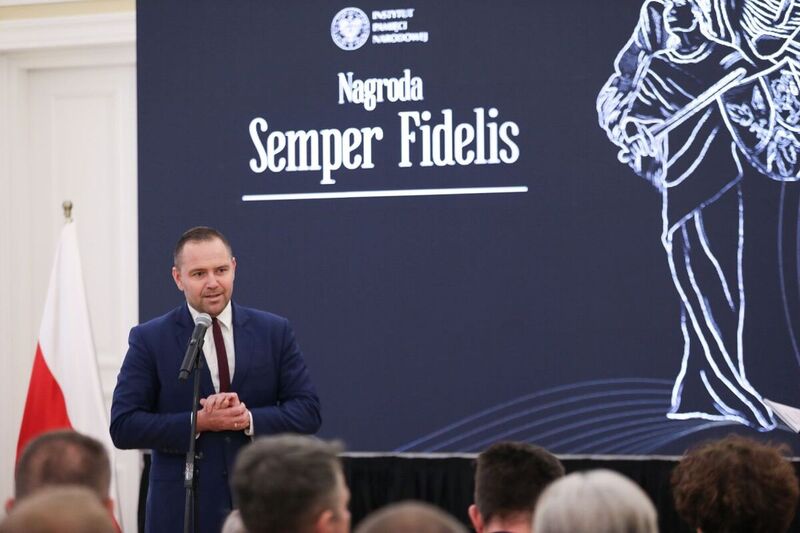 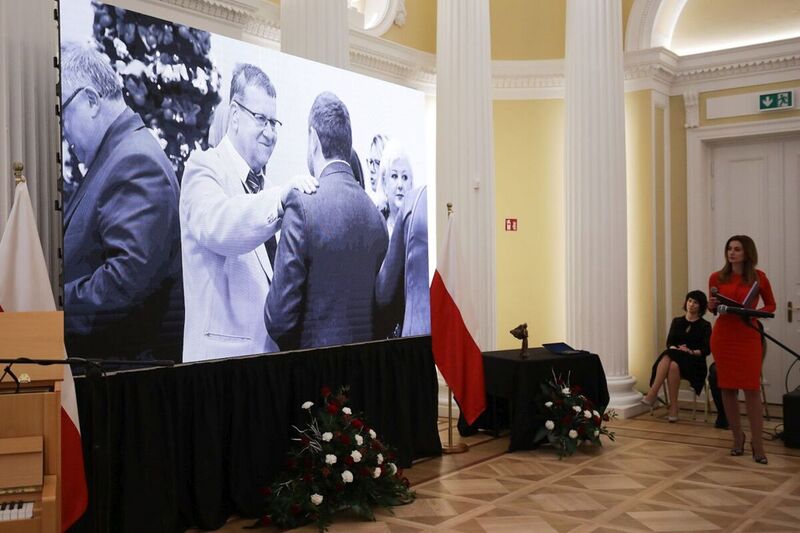 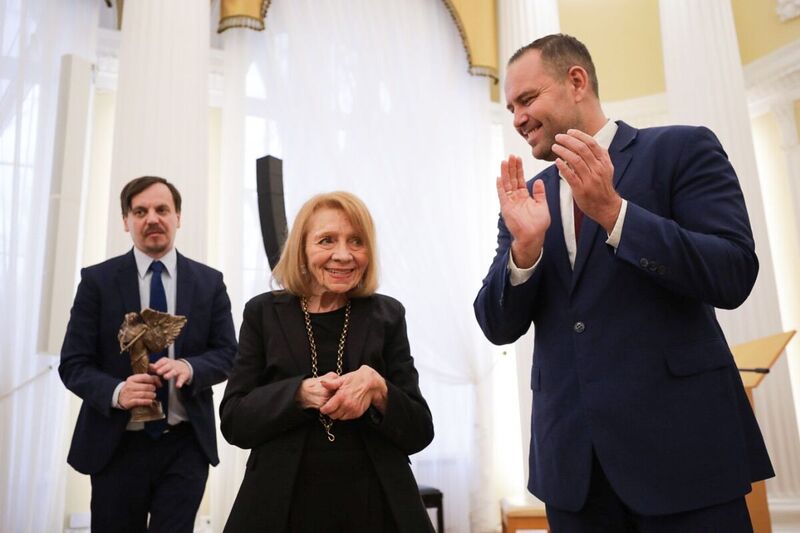 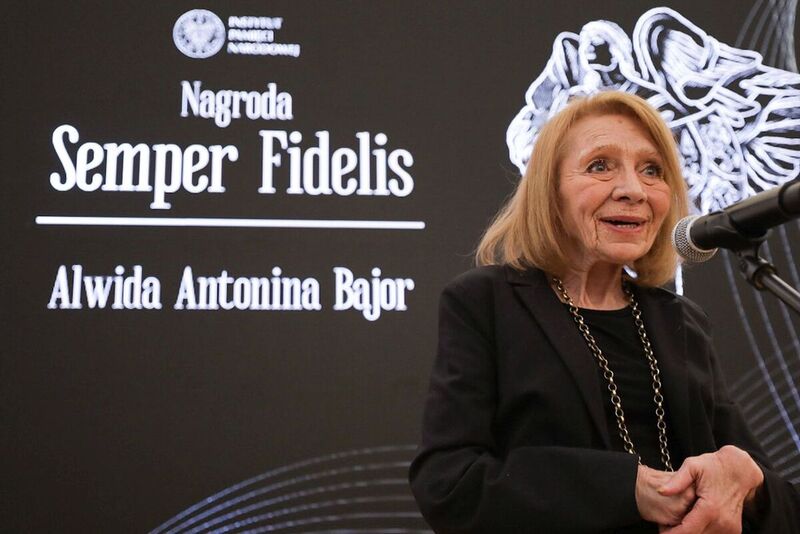 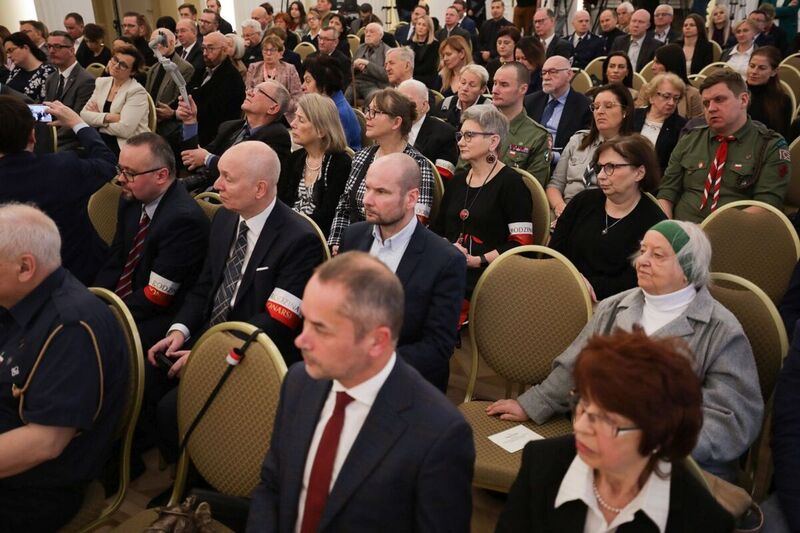 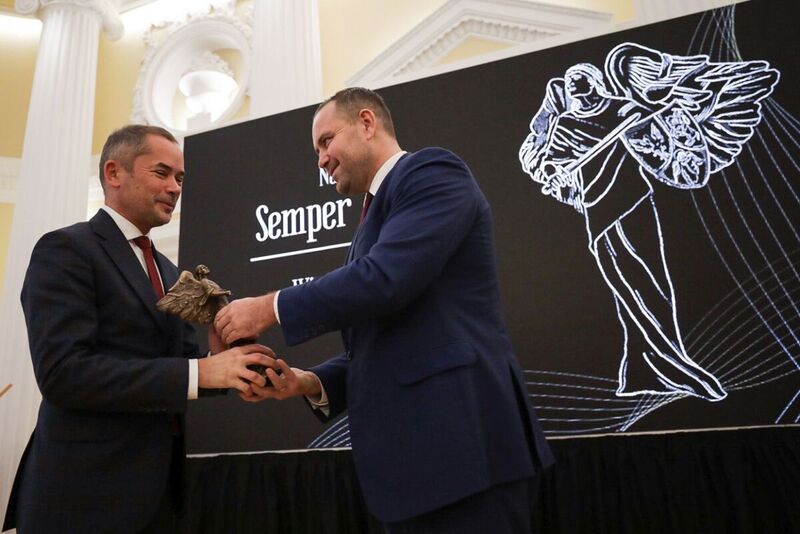 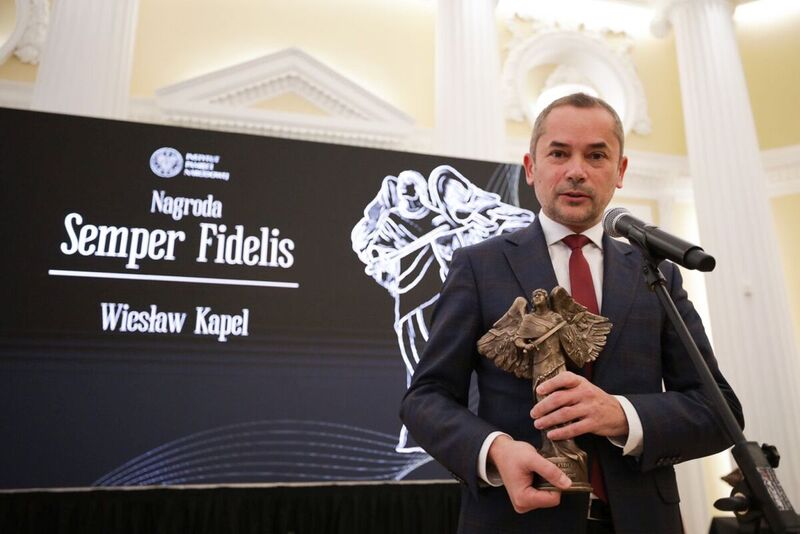 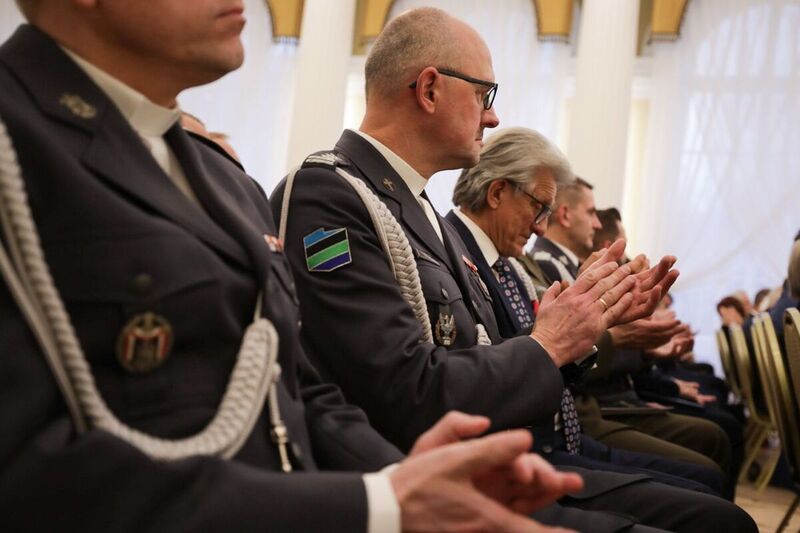 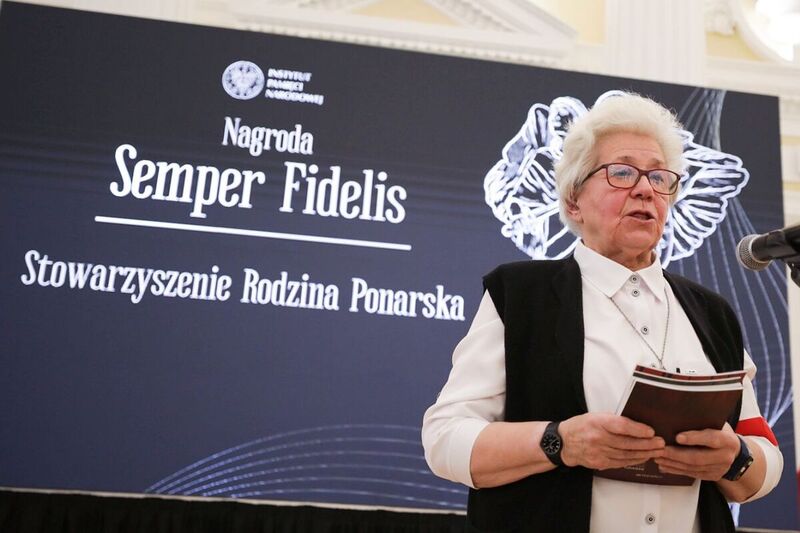 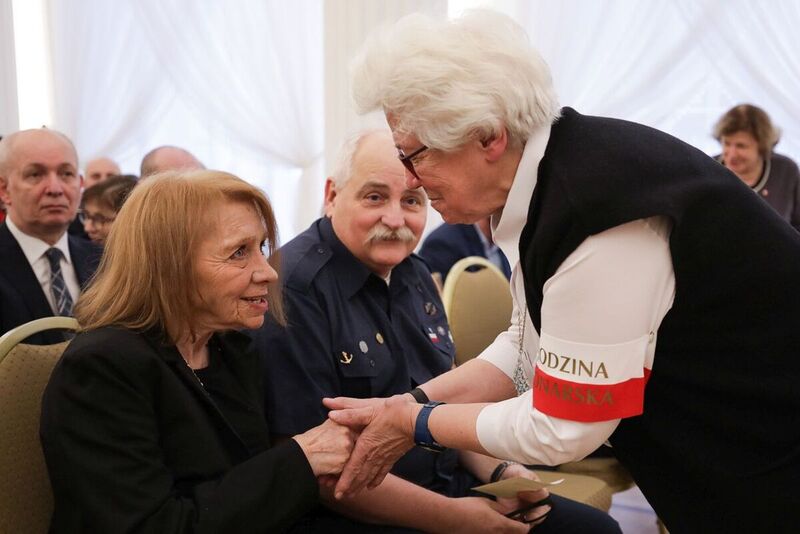 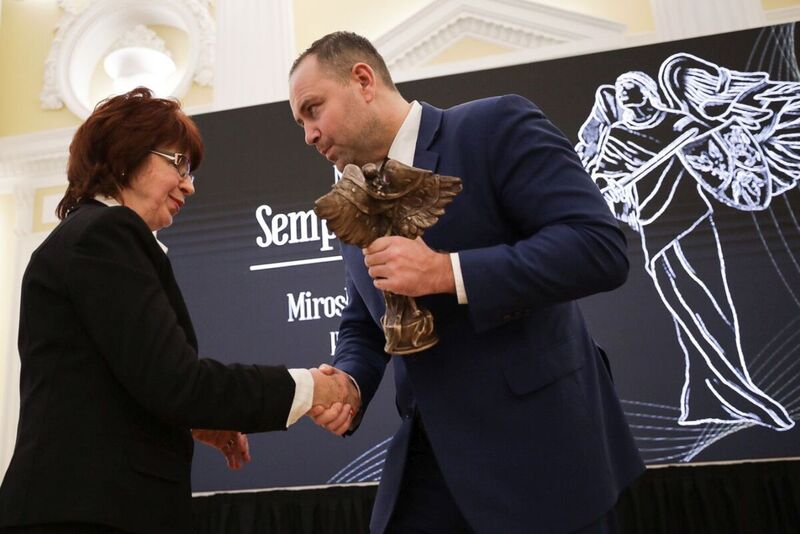 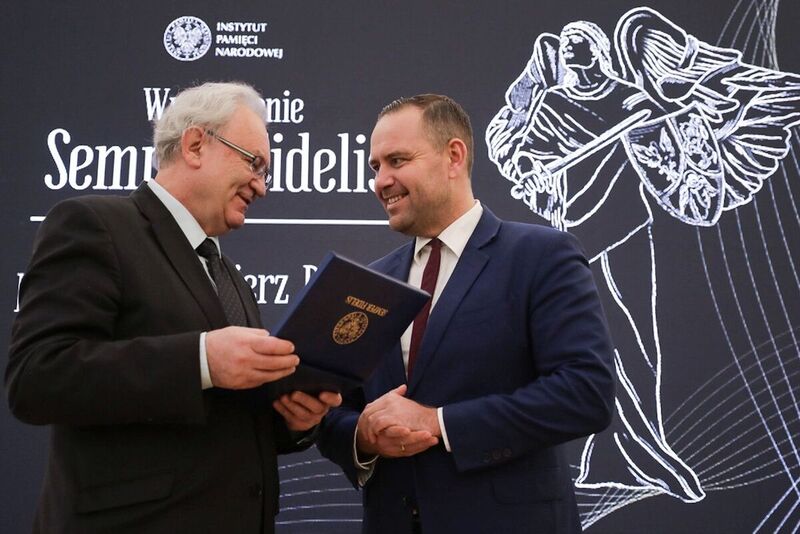 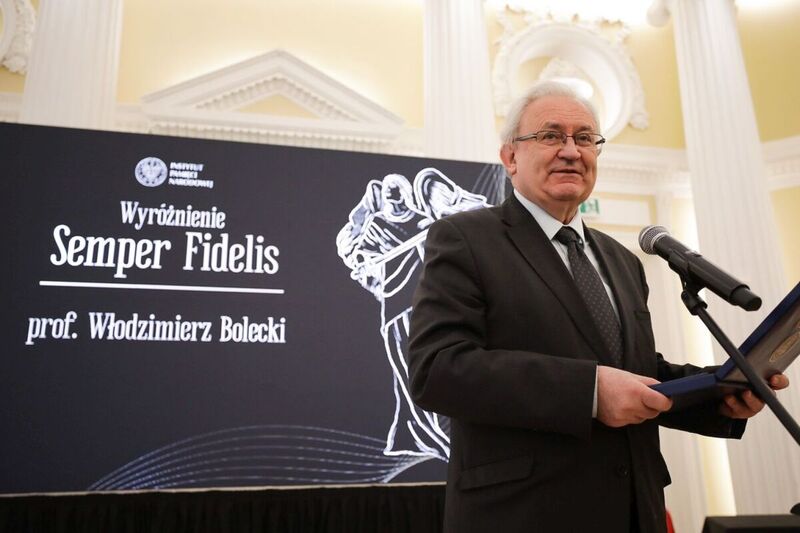 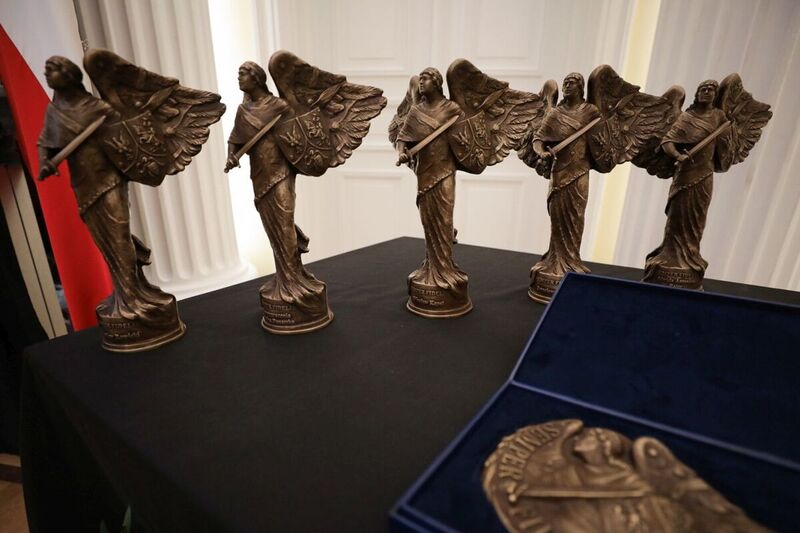 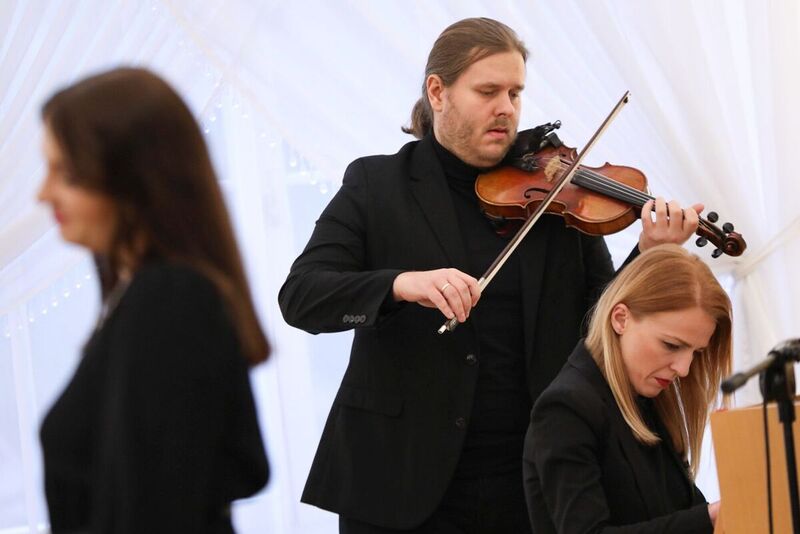 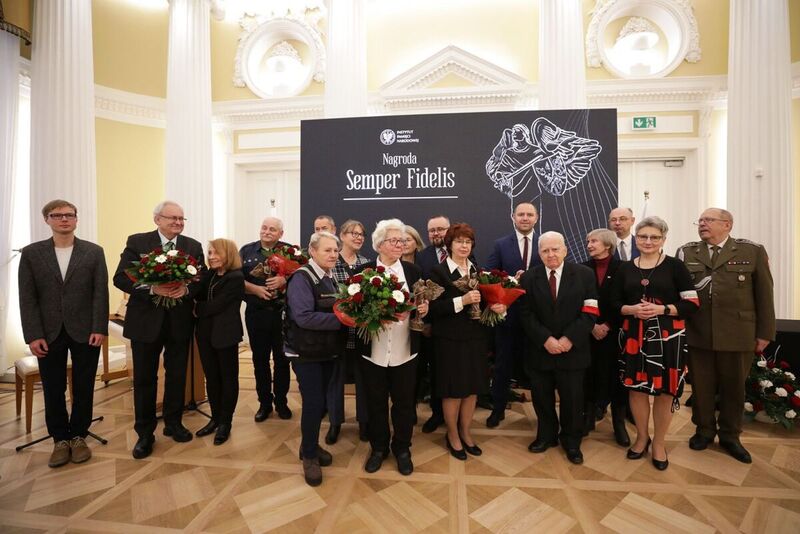 The awarding ceremony of the laureates of the fourth edition of the "Semper Fidelis" prize took place on 5 December 2022, at 12:00 a.m., at the Hotel Bellotto in Warsaw, 13/15 Senatorska St. The "Semper Fidelis" prize, established by the Institute of National Remembrance, is awarded to persons, institutions and organizations active in commemorating the heritage of the Polish Eastern Borderlands. The event will be attended by the President of the Institute of National Remembrance, Karol Nawrocki, Ph.D.

The winners are selected by the Prize Committee chaired by the President of the IPN. During the awarding ceremony, the laureates receive a commemorative statuette and a diploma. The committee may also award one post-mortem prize each year. 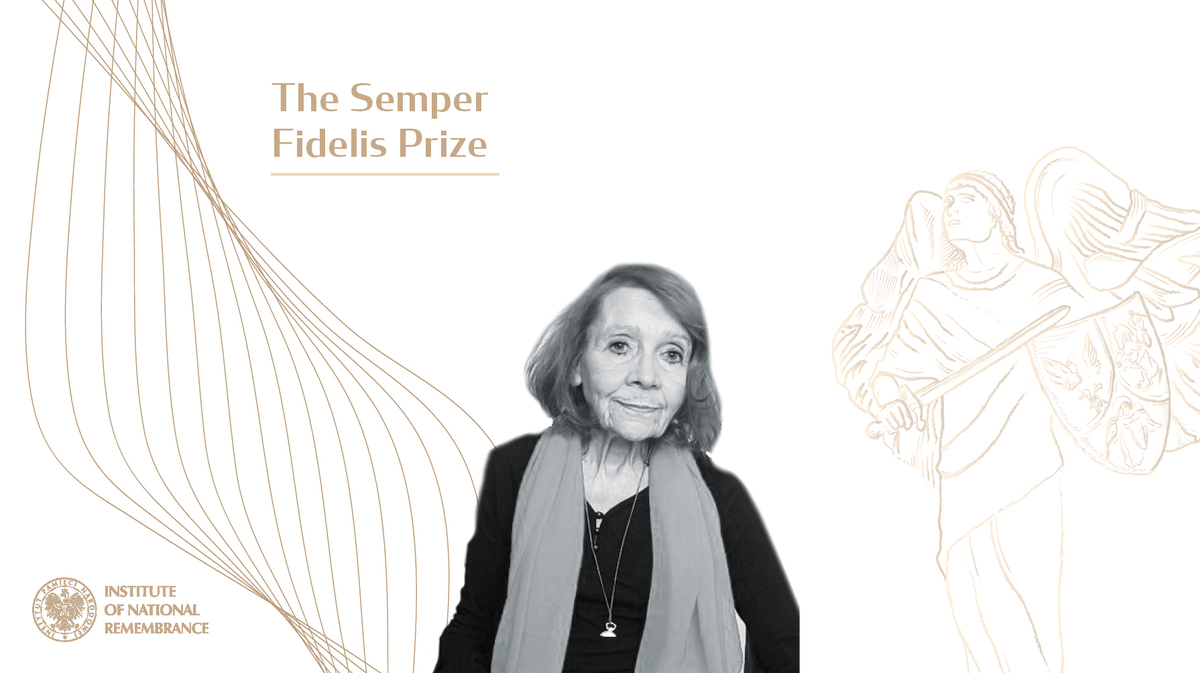 Alwida Bajor, a graduate in the Polish language studies at the Vilnius Pedagogical Institute, has been active as journalist, writer, translator and radio director in Lithuania. In 1964, she began working for Polish newspapers in Vilnius, then produced Polish-language radio shows and directed radio plays for the Lithuanian "Vilniaus Varpas" station. She has been a keen participant of the activities of the Polish national minority.

Ms. Bajor authored a number of books, wrote 2,000 press articles and reviews, and made several translations from Lithuanian and Russian into Polish. She rose to prominence with stories printed by the Polish press in Lithuania, including a series on the history of the borderland Radziwiłł, Tyszkiewicz, Billewicz, Piłsudski, Dowgiałło and Gasztowt families. She wrote about such icons as Adam Mickiewicz, Józef Mackiewicz or Sergiusz Piasecki, and devoted extensive coverage to artists and places important to Polish culture. In her 2016 book On the Trail of the Heroes of Henryk Sienkiewicz's ‘The Deluge’, she portrayed the Lauda nobility and emphasized the writer's strong ties with the heritage of the Polish-Lithuanian Commonwealth. She is also an accomplished screenwriter, who saw her plays performed at the Polish Theater in Vilnius, Polish Theater Studio in Vilnius and Polish Theater in Moscow. Last but not least, Alwida Bajor researched the biography of Bronisław Piłsudski and collaborated with a Japanese TV station on a documentary about him.

In her work, she tirelessly investigates history and looks for its forgotten witnesses. In recent years, Alwida Bajor's works have also been printed in Poland, winning her the 1992 Czesław Miłosz Literary Award, and the Witold Hulewicz Prize in 2007. On top of that, she was twice awarded the Order of Merit of the Republic of Poland – in 2018 the Knight's Cross and in 2022 the Officer's Cross. 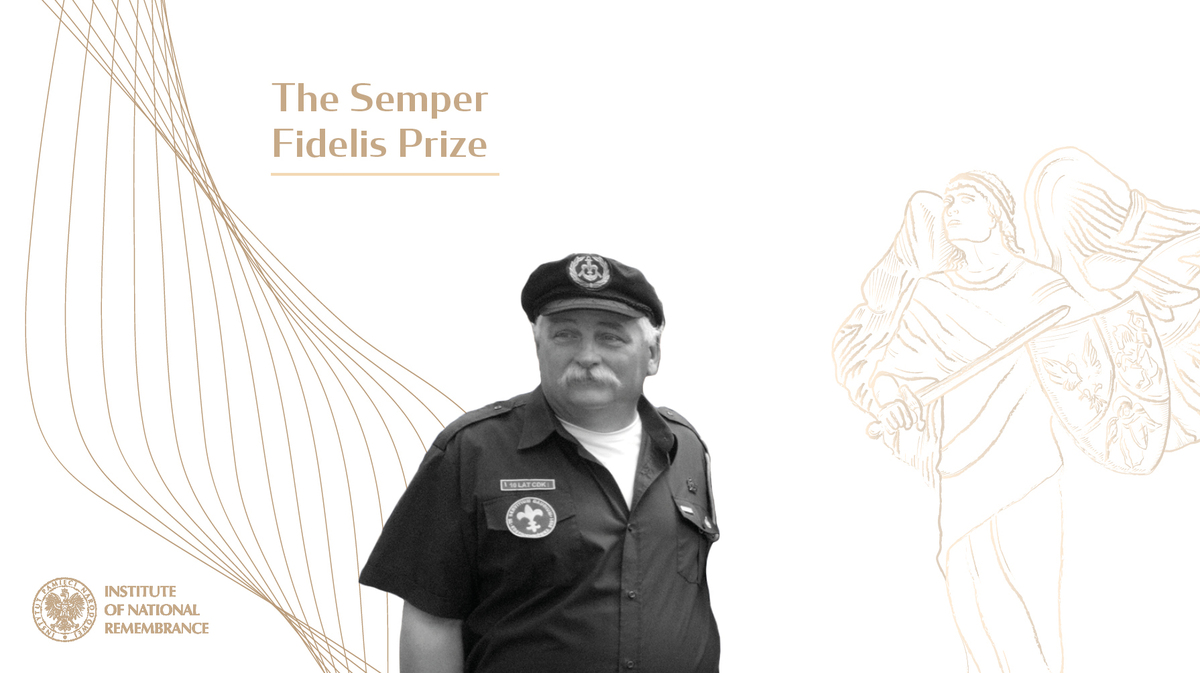 Jarosław Górecki is a former scoutmaster of the Zgierz troop, who for many years supervised summer scout camps in Volhynia, and now works as a trustee of the Dialogue Center in Kostiukhnivka, Ukraine.

Under his supervision, in 1997 the scouts from the Zgierz troop inspected and recorded the condition of the cemeteries of the Polish Legions soldiers in Volhynia, and in the following year, performed the first cleaning and renovation works at the Polski Lasek (Polish Woods) gravesite near Kostiukhnivka. Since then, Jarosław Górecki and a growing group of scouts have tidied up the Legionnaires’ graves in Volchetsk, Manevychi and Koshishche cemeteries, to name but a few. The scouts did all the work by themselves, often dealing with several difficulties, such as rough terrain.

Despite COVID-19 restrictions, the "Scout Service in the East" project was repeated last year. Polish and Ukrainian scouts cleaned burial grounds, graves and monuments related to the fights of the Polish Legions in Volhynia, as well as memorial sites from the Polish-Bolshevik War and World War II. Civilian gravesites in Volhynia, Rivne and Ternopil were also tended to. In March this year, the scouts carried out cleaning work of the Legionnaires’ quarter of Na Górce (Hilltop) cemetery in Kowel. Thanks to Mr. Górecki’s commitment, the patriotic awareness of the young generation has increased significantly, and the Polish Legion’s graves in Volhynia have been restored to collective memory. As the trustee of the Kostiuchnówka Dialogue Center, Jarosław Górecki runs educational projects for young people from Poland and Ukraine. He has also helped in other initiatives promoting Volhynian history – e.g. as a guide for TV crews shooting educational documentaries Polska Góra Was Their Stronghold, Kostiukhnivka 1916 or Khotyn 1621. 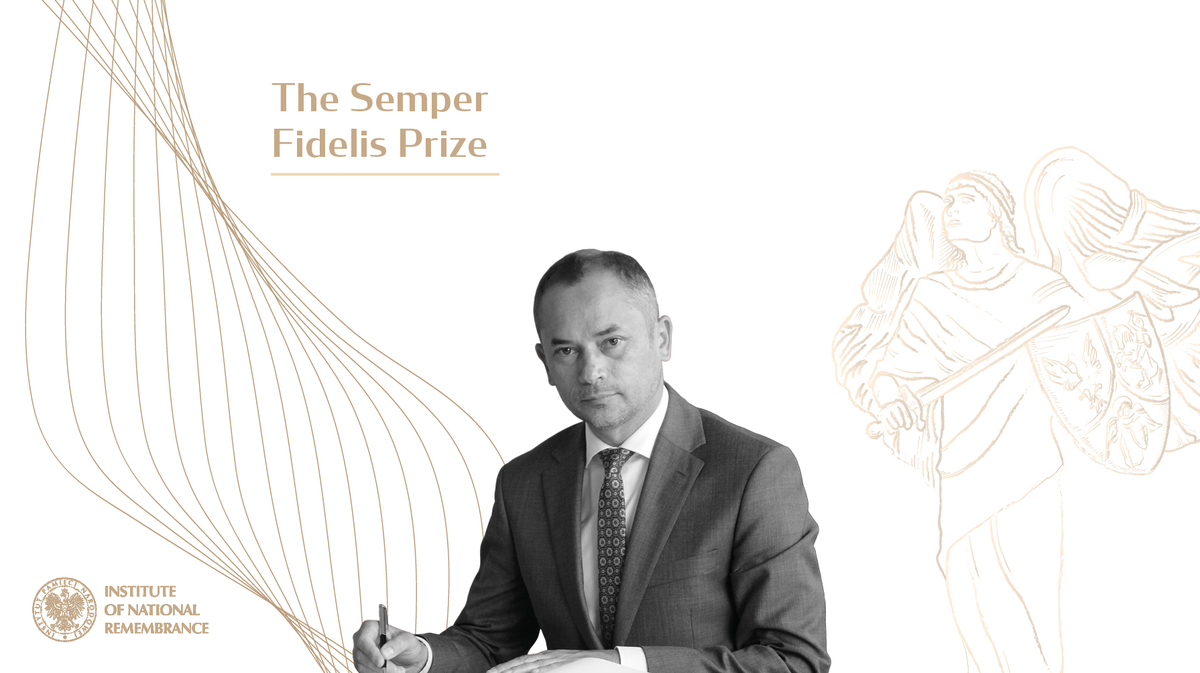 Wiesław Kapel has served as Mayor of the Lubaczow municipality since 2006. He is the initiator and facilitator of many projects that have turned Lubaczow and its surroundings into a center of borderland culture. The residents of the municipality are engaged in discovering and preserving traces of the past. The forgotten heritage has been promoted, among others, through the following achievements: construction of the Kresowa Osada in Basznia Dolna that reflects on the multiculturalism of the former borderlands of the Republic of Poland, the reconstruction of the so‑called "Pastor's House" in Podlesie, the bell tower and the historic rectory in Basznia Dolna, the revitalization of the railroad station in Basznia and the railroad line No. 101 between Jaroslaw and Sokal. Through the efforts of the Mayor, monuments and plaques have been placed in the district to honor the residents of the Lubaczow municipality who were murdered by Ukrainian nationalists from the OUN-UPA during World War II.

Since 2008, a Borderlands Heritage Festival has been organized in Lubaczow and its surroundings for an entire month. Wieslaw Kapel is the initiator of numerous historical reconstructions, concerts, exhibitions, conferences and other cultural and scientific events. He has inspired the inhabitants of Lubaczow to create a branch of the Society of Lviv Friends and the "Kresy" Song and Dance Group.

He actively participated also in following educational projects: “Culture of remembrance of the Former Borderlands," "Borderlands Cultural Promotion," " Independent Borderlands," and "Polish Awarness of the Borderlands."In order to preserve Polish tangible cultural heritage in Ukraine, he organized the restoration of the church in Hruszow, the monument to Jan III Sobieski in Niemirow and the revitalization of historic tombstones in the Polish cemetery there.Wieslaw Kapel actively maintains Lubaczow's ties with partner cities in Ukraine, Hungary and Slovakia. His provides tangible and ongoing assistance to his compatriots in the East by creating a safe asylum for refugees from Ukraine. 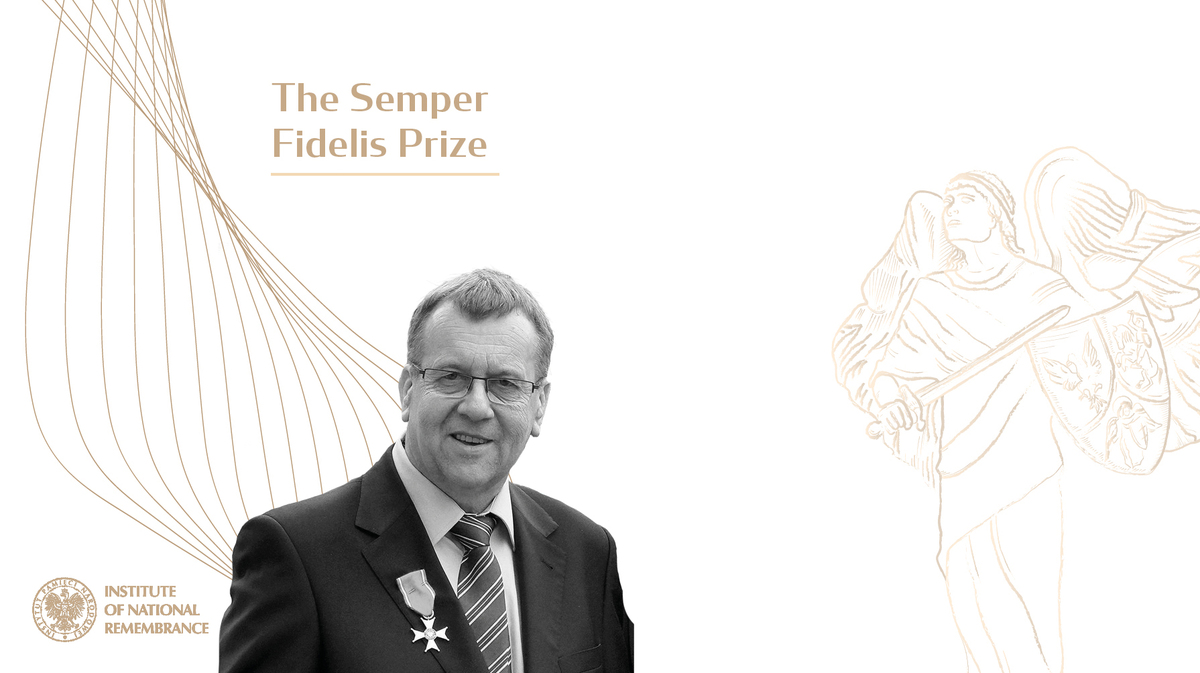 Mirosław Rowicki was born in Warsaw where he belonged to the Association of Polish Journalists. He was active in the underground structures of "Solidarity" in the 1980s. He arrived in Ukraine in 2000 and soon became one of the most important figures of the Polish national minority. While caring for the preservation of Polish identity, he was also active in promoting Polish-Ukrainian dialogue and reconciliation.

Although he worked in Ukraine as an entrepreneur, his fascination with the Borderlands quickly turned into a desire to create a Polish newspaper. He was the founder, publisher and editor-in-chief of "Kurier Galicyjski," which over time has included an Internet portal, TV channel, radio and a film studio. He also published the only magazine in Polish in Ukraine aimed at the youngest generation "Polak Maly". In addition, it conducted television and radio coverage of events and celebrations for both countries.

His commitment to building bridges between the Republic of Poland and Ukraine resulted, among other things, in the creation of the Galician Club, an organization of Polish and Ukrainian publicists, journalists and scientists. He also co-organized the annual Polish-Ukrainian Meetings in Yaremcha.

For many years, he was a partner of the Polish Senate regarding activities for Poles in Ukraine. For developing dialogue between the two countries, bilateral scientific cooperation and spreading knowledge of common cultural heritage, he was awarded the Knight's Cross of the (2015), the Commander's Cross (posthumously) and the Order "For the Development of Ukraine" (2018). 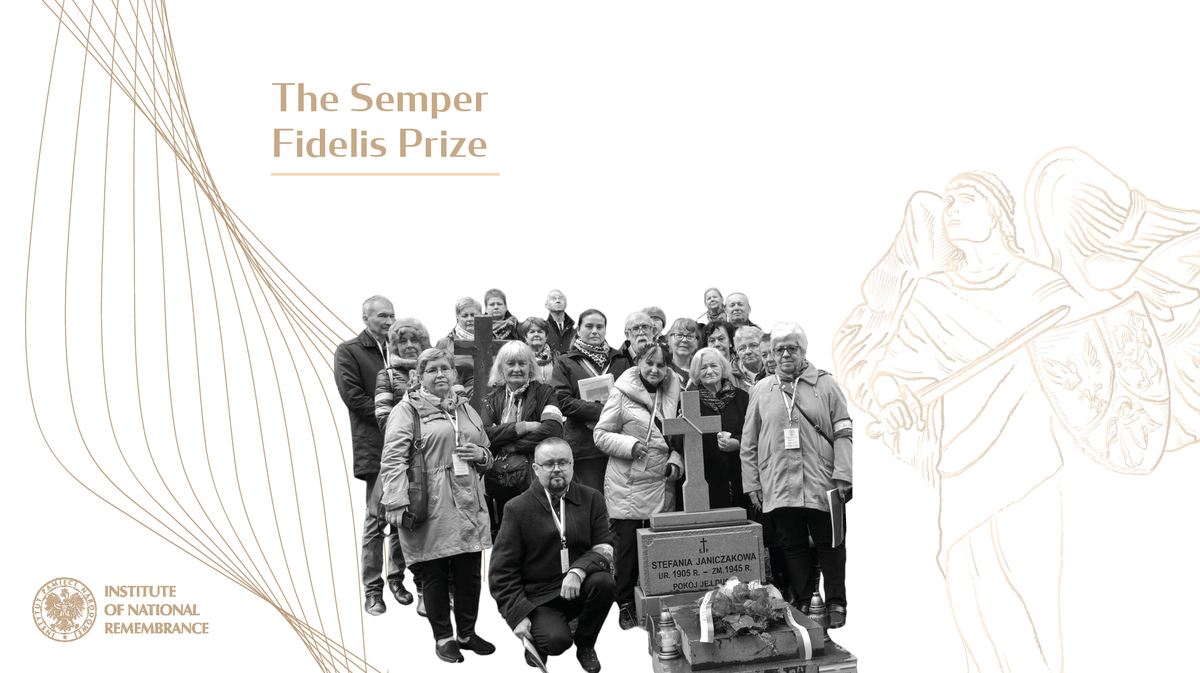 The Association was founded in 1994.Its purpose is to commemorate Polish citizens murdered by the German occupiers and their Lithuanian collaborators in the years 1941-1944 in Ponary near Vilnius. Of the approximately 100,000 victims, 90% were citizens of the Second Polish Republic of Polish, Jewish, Roma, Karaite and Tatar descent. Thanks to the organization, the names of more than 460 of the murdered have been established.

The Association is the founder of memorials and plaques in both Poland and Lithuania. Its members give lectures on the Ponary massacre and issue numerous publications on the topic. Helena Pasierbska – the co-founder and first president of the ‘Ponary Family’ Association  - has written four books in which the murders, the profiles of the victims and perpetrators are presented in detail. On the organization’s initiative the "Diary"of Kazimierz Sakowicz, an eyewitness to the executions, was published in 2014. In addition, in the last 3 years the Association has published brochures authored by Andrzej Chodacki, "Sketches of Ponary Memories – Biographical Notes," "Sketches of Ponary Memories - Retrospectives," and "Sketches of Ponary Tragedies - Golgotha," which are distributed free of charge during anniversary celebrations. The most important ceremonies taking place in Vilnius and are traditionally organized by the Association in cooperation with, among others, the Polish Embassy in Vilnius, the Institute of National Remembrance, the Union of Poles in Lithuania, the Polish Cultural Center in Vilnius, the Samostanowienie Foundation, the Office for War Veterans and Victims of Oppression and the Polish Ministry of Culture and National Heritage.In 2017, the Ponary Family Association was awarded the "Guardian of Memory" prize in the "Institution" category, and in 2021 it received the annual award of the Minister of Culture, National Heritage and Sport in the "Protection of Cultural Heritage Abroad" category. 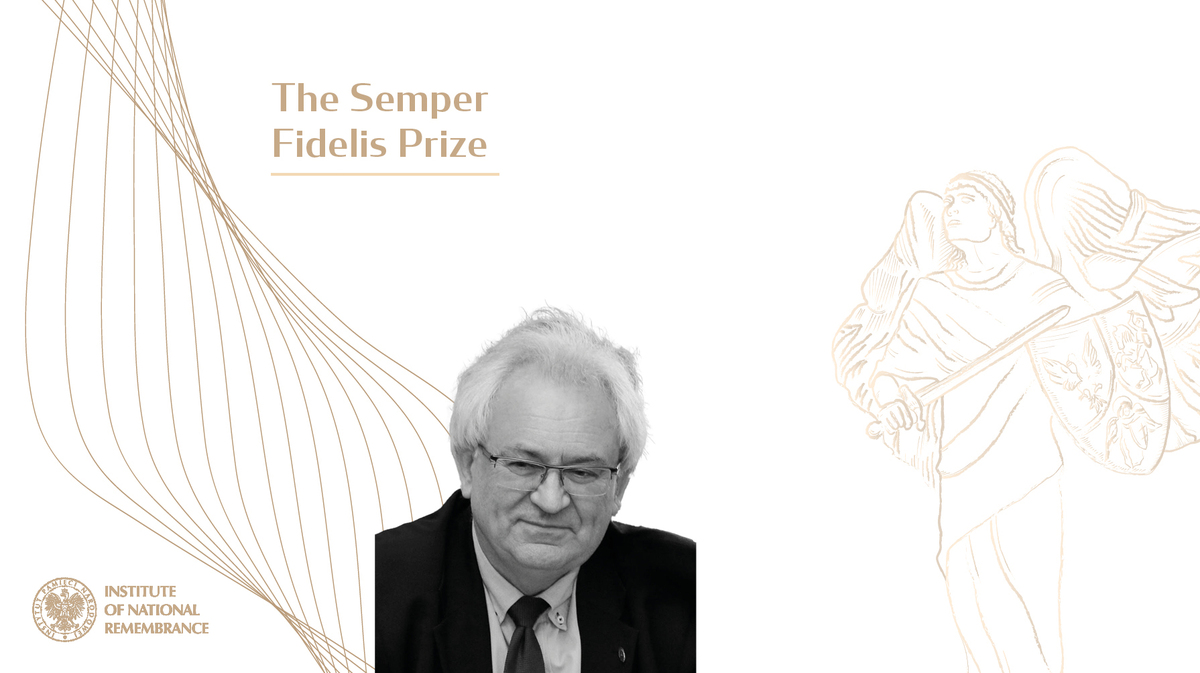 Włodzimierz Bolecki is a historian, as well as a literary critic and theorist. During Martial Law, he published under the name Jerzy Malewski. He held the post of the Vice-President of the board of the Foundation for Polish Science. Professionally, he is associated with the Institute of Literary Research of the Polish Academy of Sciences, where he headed the Historical Poetics Department from 1991 to 2014. In 1995, he took up a professorship at the Faculty of Philology at the University of Łódź in the Department of Romantic and Contemporary Literature. Since 2005, he has also worked at the Institute of Polish Literature at the University of Warsaw. He has been a guest lecturer at many international universities.

Włodzimierz Bolecki is the author of publications on the works of, among others, Witold Gombrowicz, Gustaw Herling-Grudziński, Czesław Miłosz and Bruno Schulz. He specializes in poetics and the history of 20th century literature.

In addition, the laureate's oeuvre includes the first monograph on Józef Mackiewicz, one of the greatest Polish writers in exile, whom Czesław Miłosz listed among the most outstanding Polish writers of the 20th century. With this publication, Bolecki proves how motivated he is in terms of research and the quest for the truth, for an objective portrayal of the writer's life and work.

In 2019, he was awarded the Prize of the Minister of Science and Higher Education for lifetime achievement in the field of academic research and activities in support of science.