Looking back into the past is the IPN’s job, but today, we’re opening a very special history window, and checking out what Easter looked like years ago, over a few decades of the 20th century. 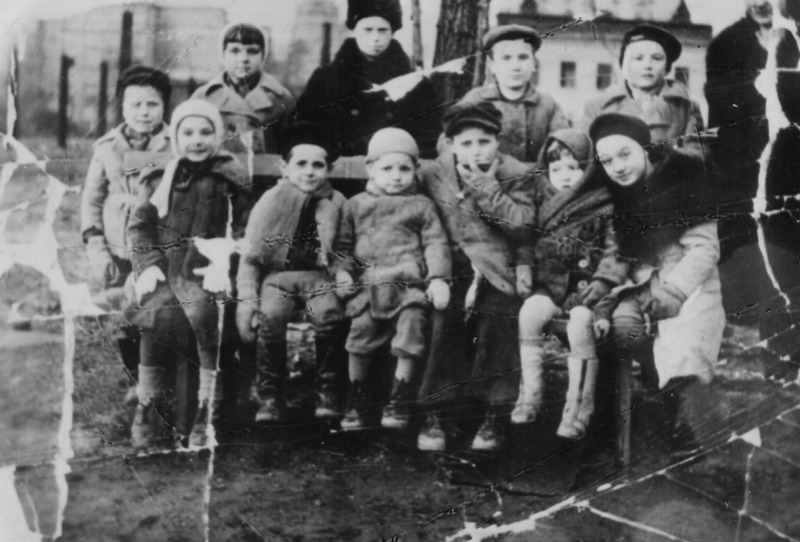 This image sequence starts in the years of the nation without a country, goes on into the brief period of independence, shows the WWII Easter celebrated by Poles deprived of Poland, and moves on to that Catholic holiday observed under the state atheism professed by the communist authorities. The sequence, by no means complete, is nevertheless quite telltale, because it proves that whatever the circumstances, Poles lived by that yearly pulse of traditions and anniversaries that made them feel Poles.

Celebrating Easter in the safety of home turf free from oppression is a piece of Easter cake; Poles, however, followed their customs in circumstances ranging from difficult (in foreign uniforms, exile, POW or internment centers, or unfavourable political climate) to tragic (in Gulag and concentration camps, prisons of all sorts, ever-present danger, and desolation). The circumstances may have affected the turnout, mood, menu and discussions at the table but the festival spirit remained intact, which is why we still celebrate Easter.

1917: blessing of Easter food in the Polish Legions 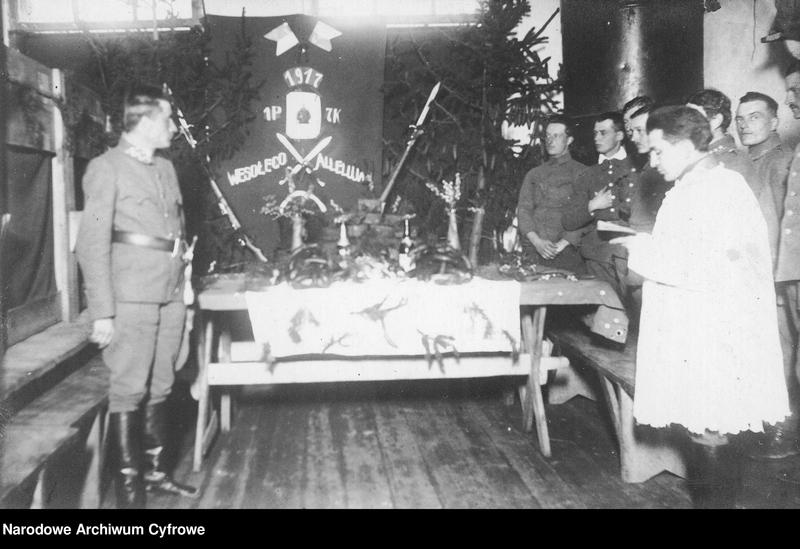 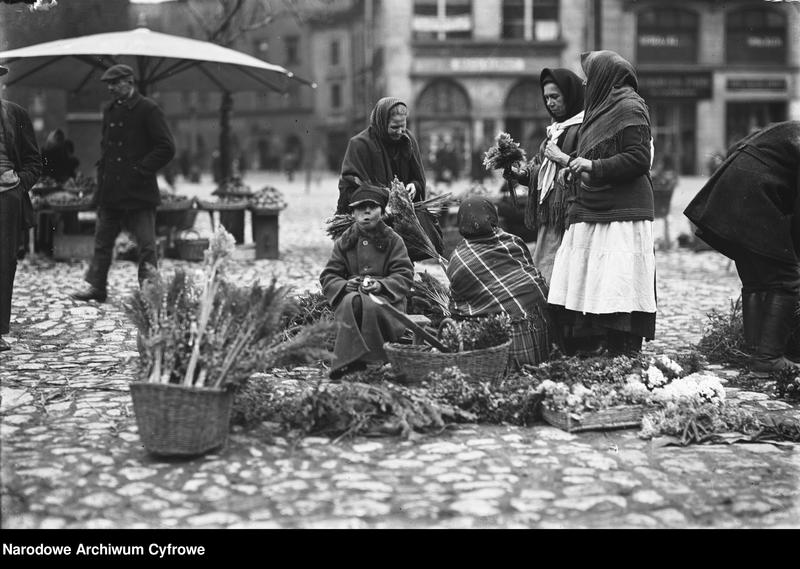 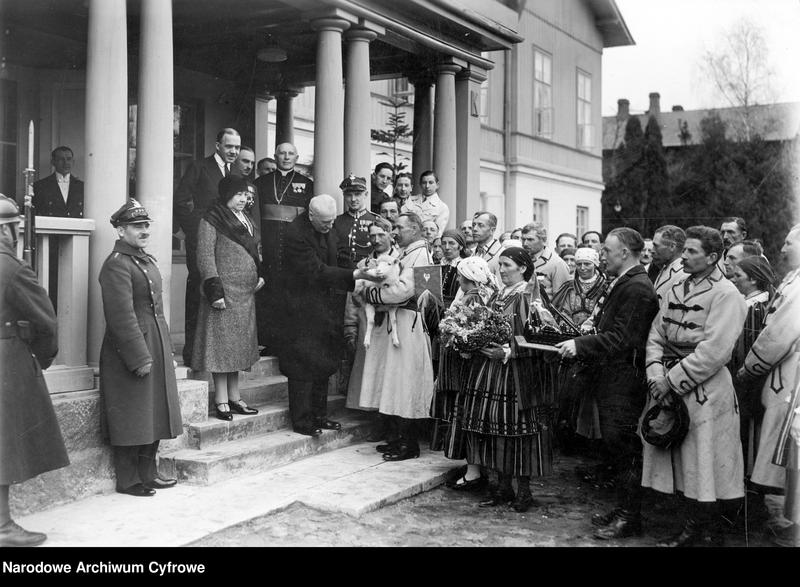 1940, Polish Army soldiers in the French exile are having their food blessed; around the same time, a woman is buying an Easter palm in the streets of Cracow the first months of the German occupation, and Polish soldiers are sharing a meal in a Hungarian internment camp.

Early 1940s: members of the Government-in-Exile and the National Council at Easter breakfast in London 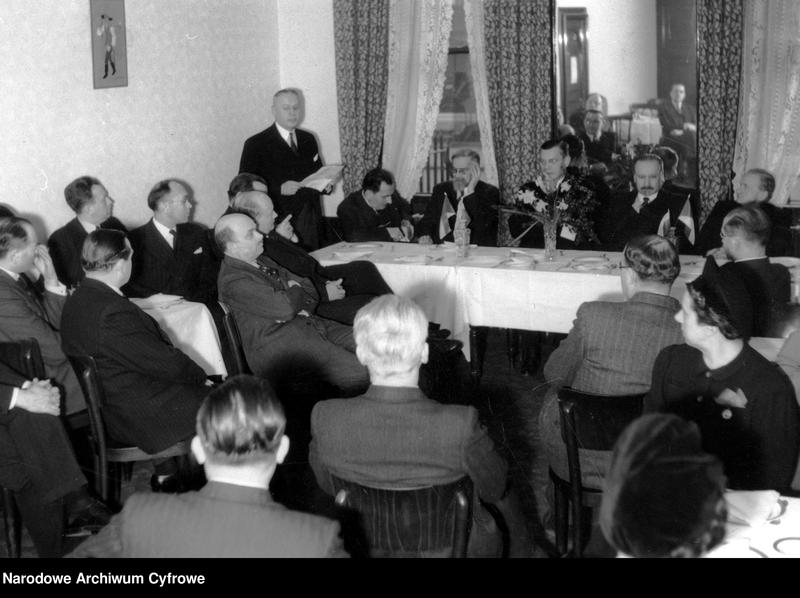 1942: soldiers of the Polish Independent Carpathian Rifle Brigade at sharing a meal in El Amirija, Egypt. 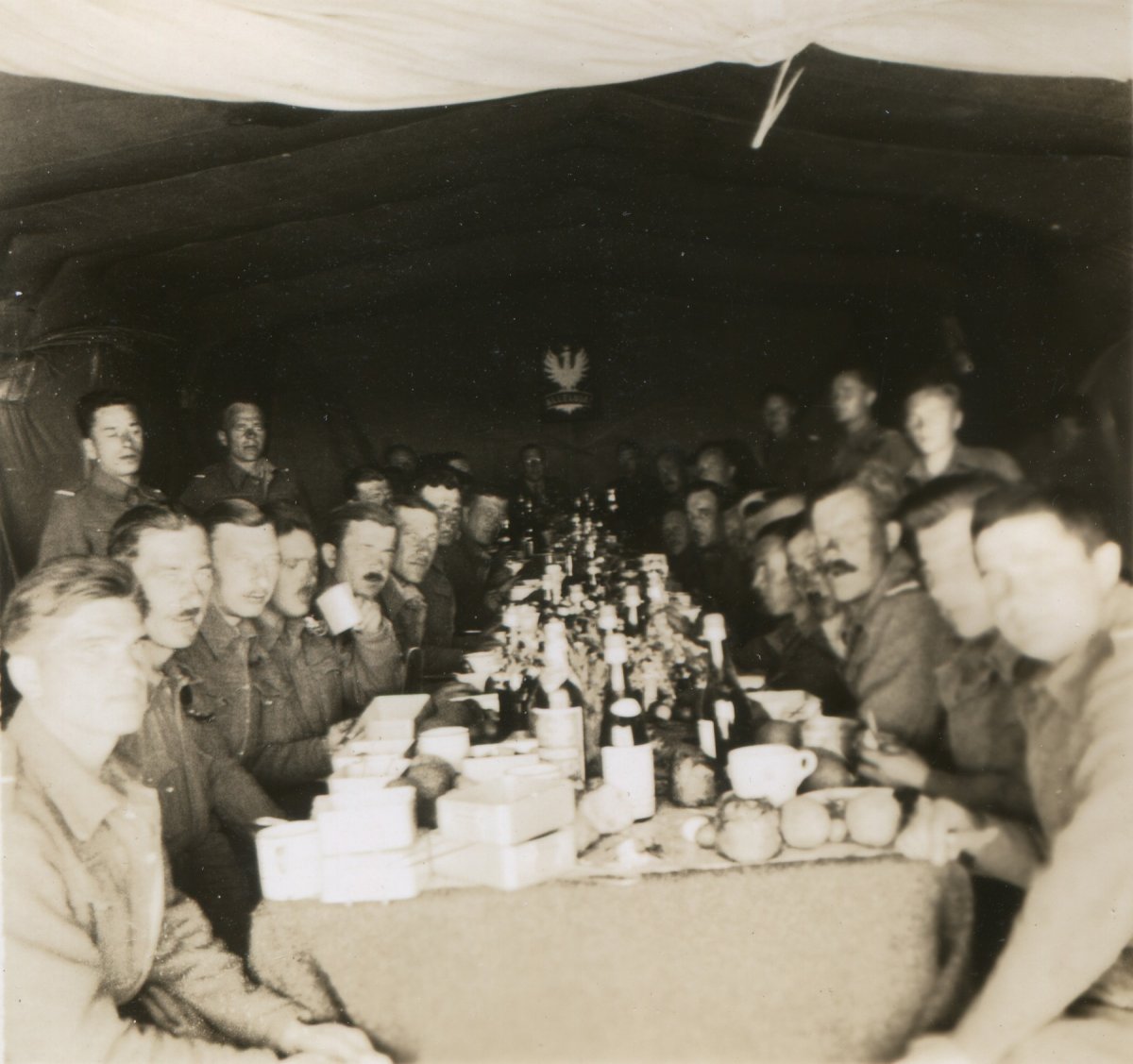 1943: the ethnic cleansing of the Zamość region required displacement of thousands of Poles. These children are spending their Easter in an orphanage, while their parents are dead, dying in concentration camps, or slaving away in Germany. 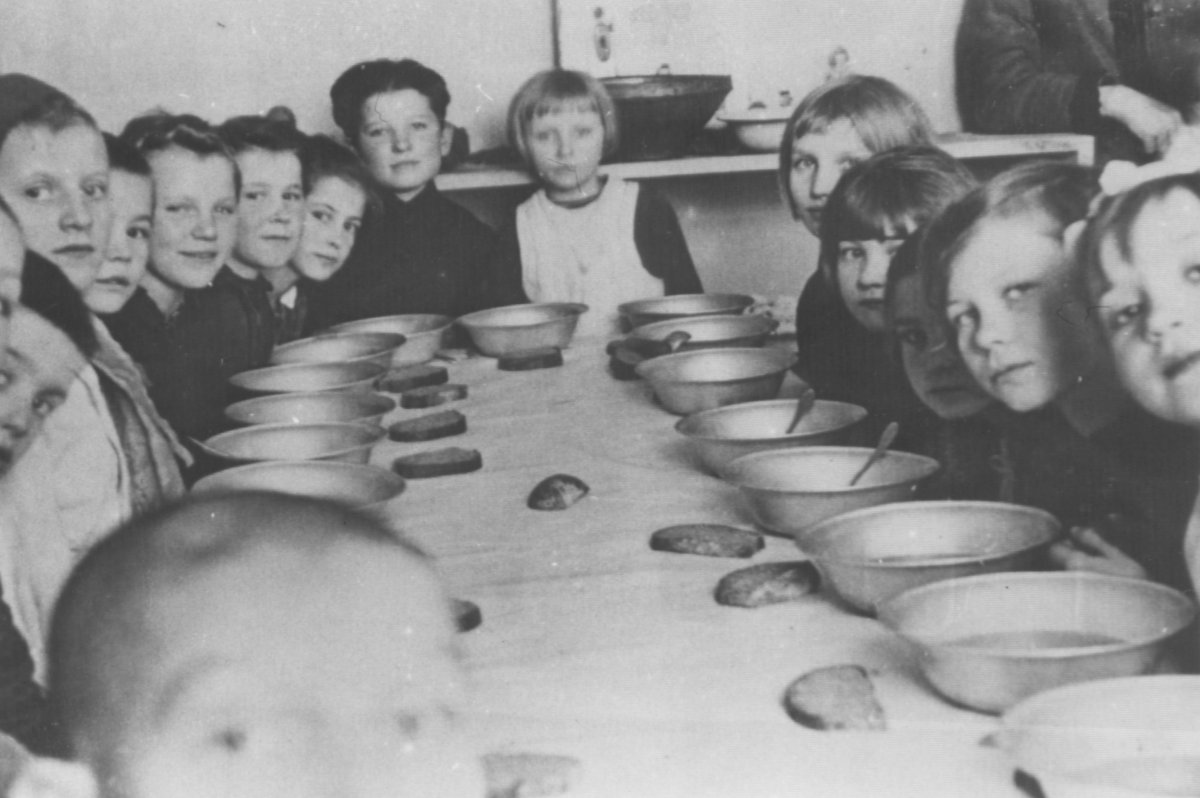 1946: the war is over, but not for them. Soldiers of the 5th Home Army Vilna Brigade enjoying their Easter meal near Mężenin. 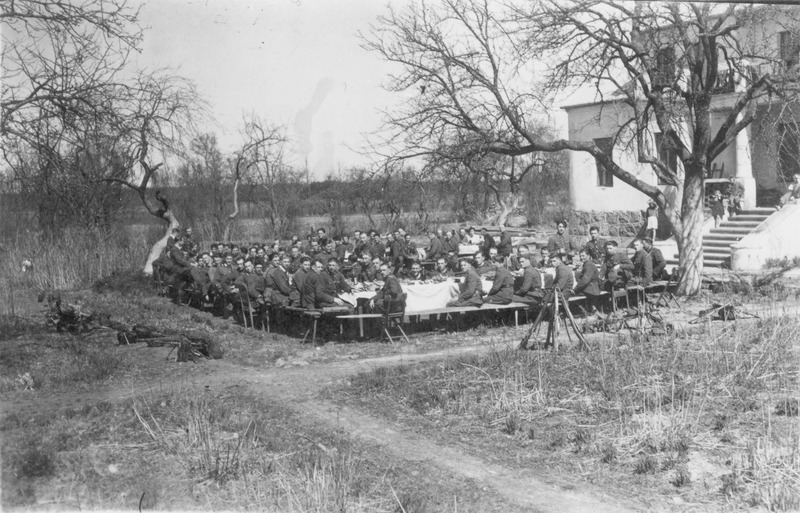 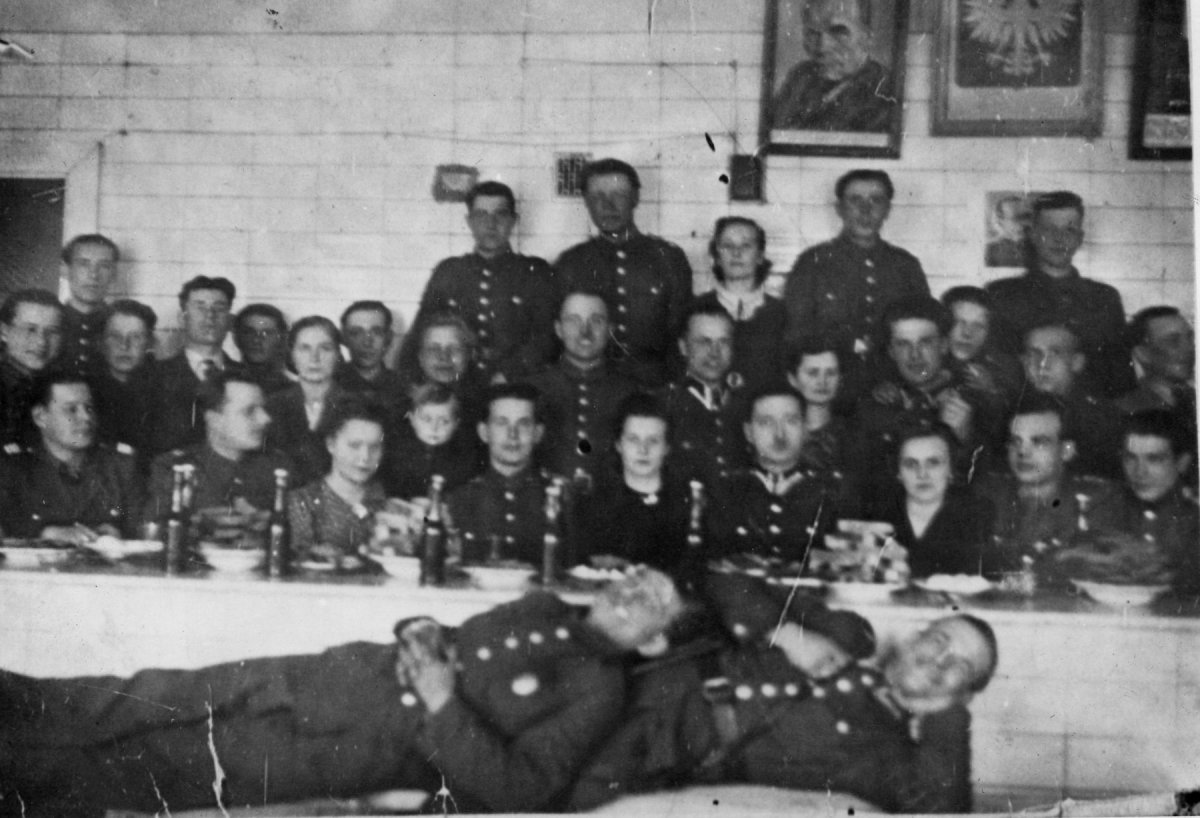 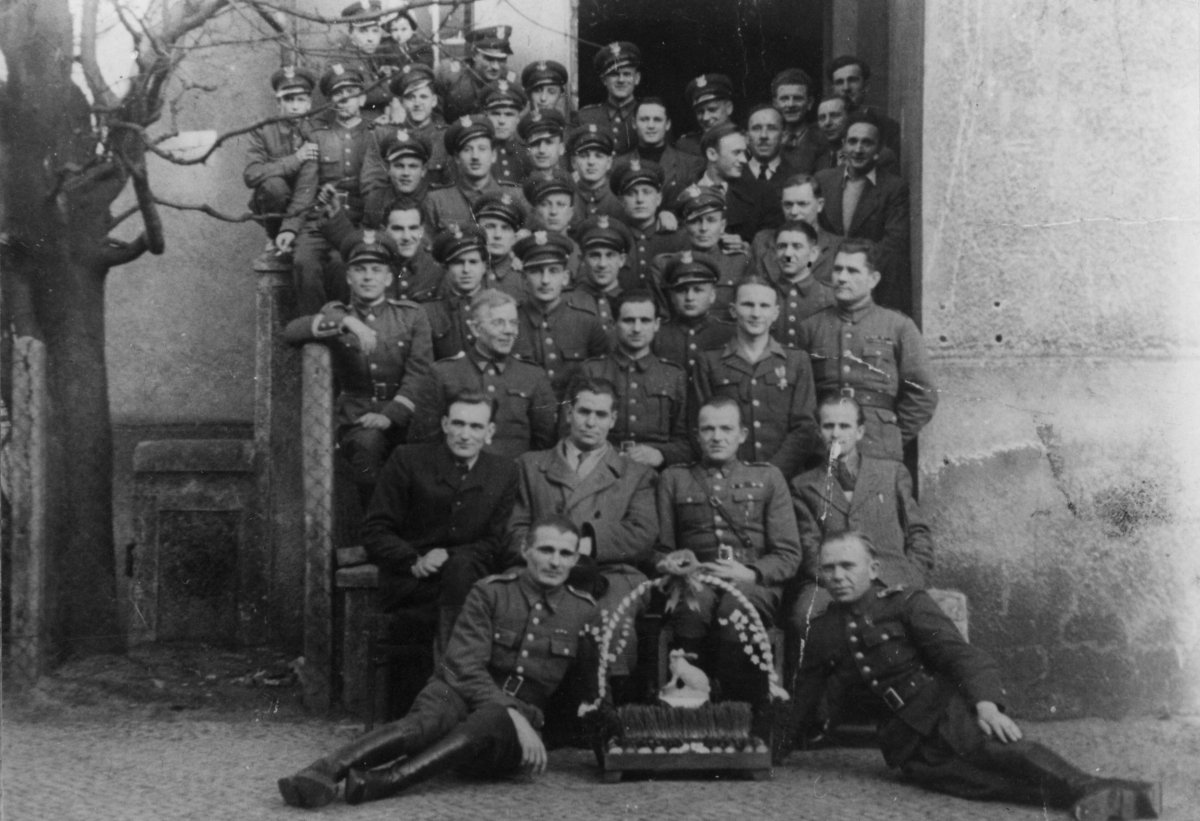 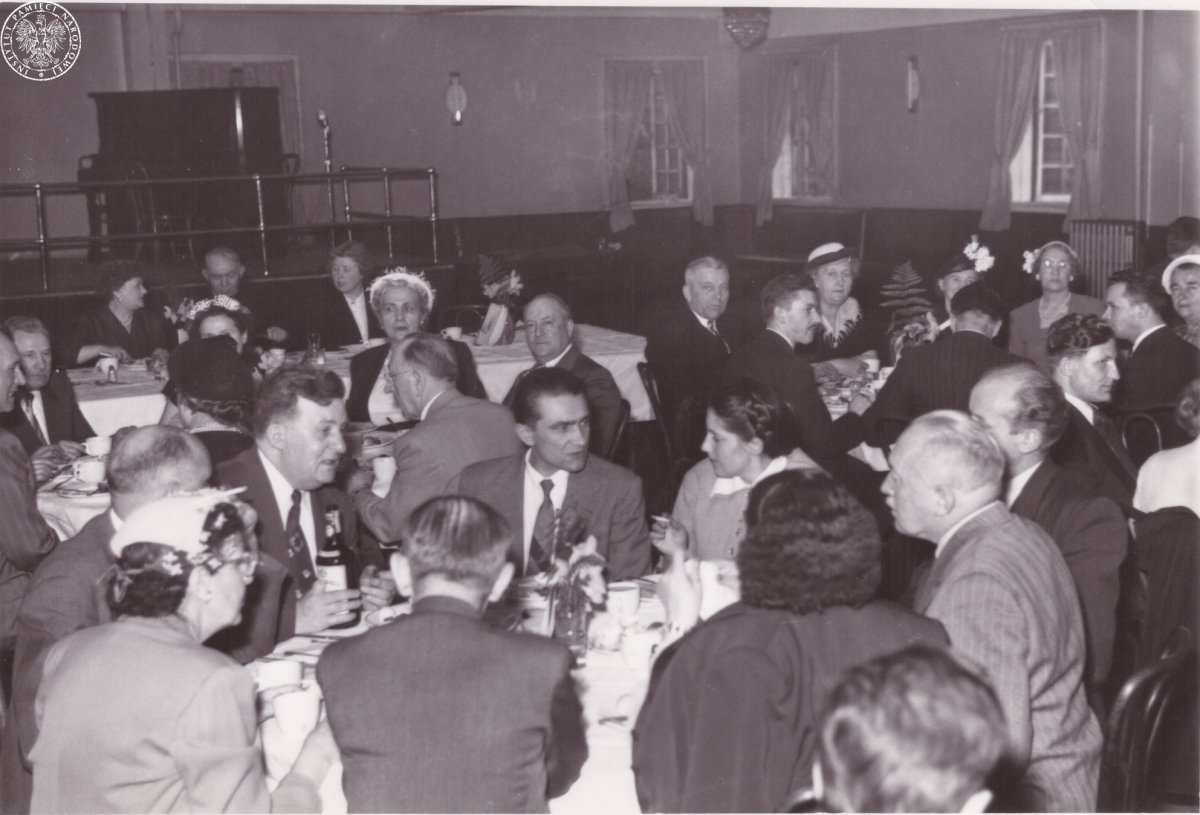 1955: Polish exiles in Soviet Kolyma also stuck together at Easter. 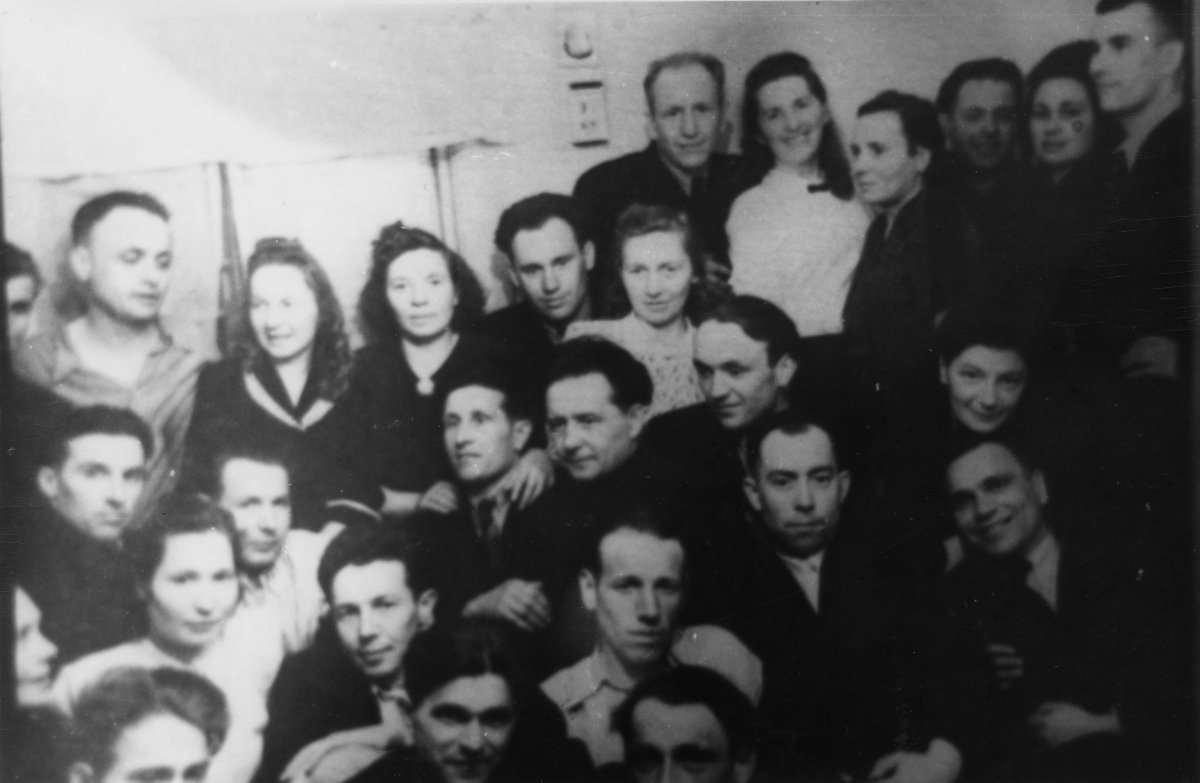 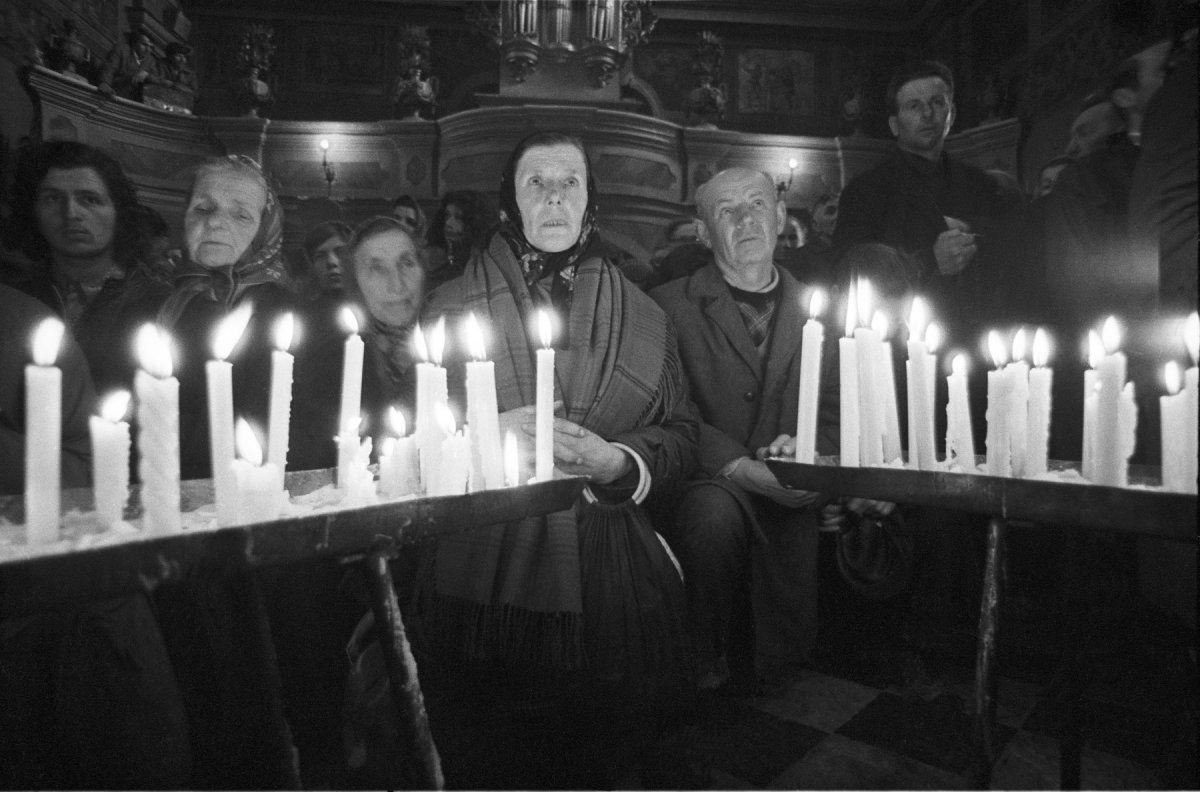 1980s: a church altar decorated for Easter displays the "Solidarity" logo and, referring to the murder of Father Jerzy Popiełuszko, a figure of a bound priest. In another one, the Holy Mary is behind bars, and the handwritten word on the wall reads, "Open them” 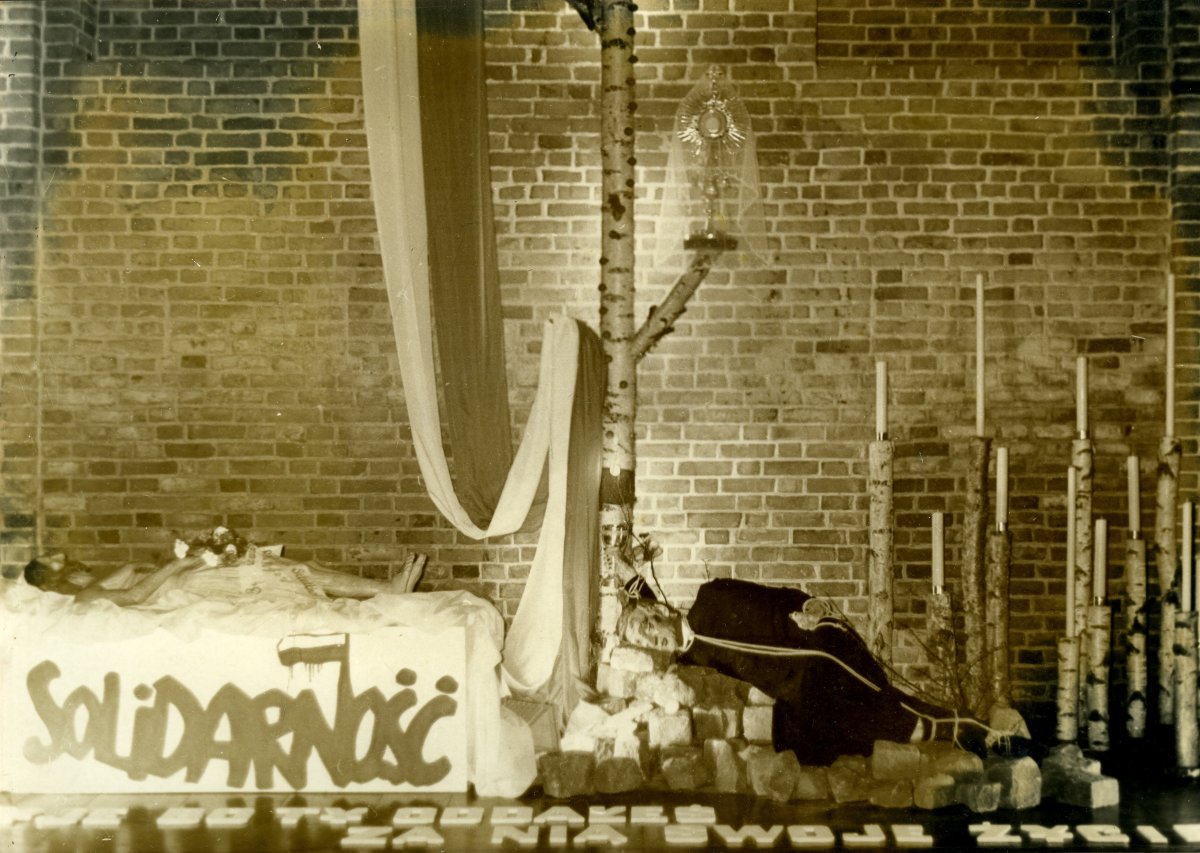 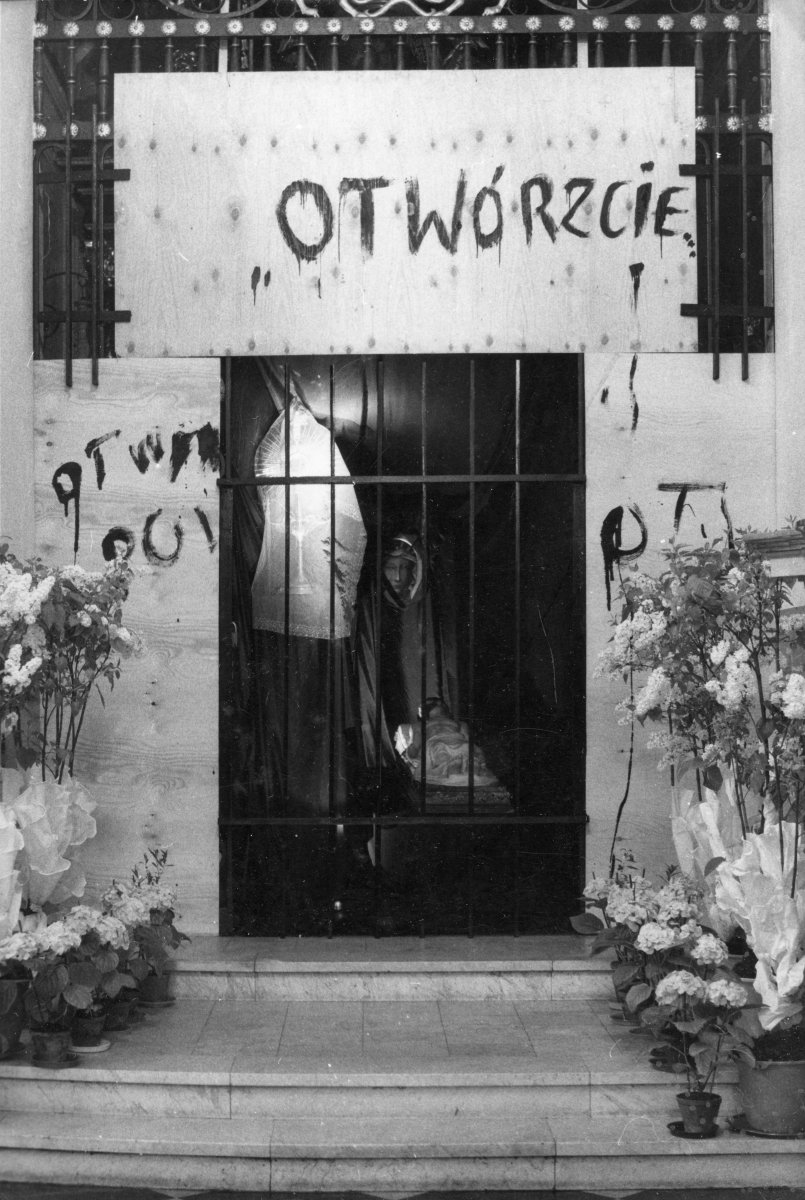 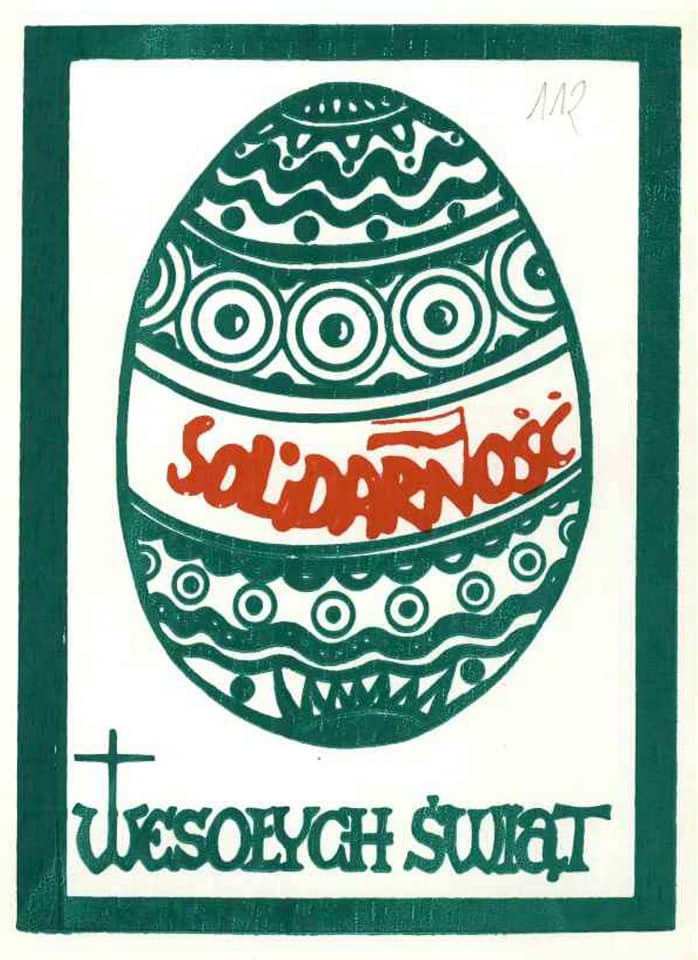