Four monuments of gratitude to the Red Army have been dismantled

The statement by the President of the Institute of National Remembrance on decommunisation of the public space is being responded to by an increasing number of local authorities that decide to eliminate the remnants of the totalitarian system. The dismantling of monuments is an implementation of the law that prohibits the propagation of communism or any other totalitarian system. 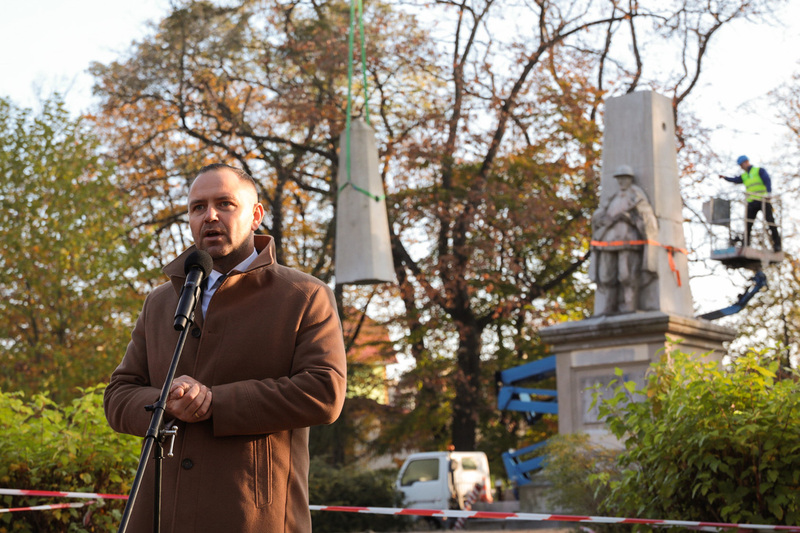 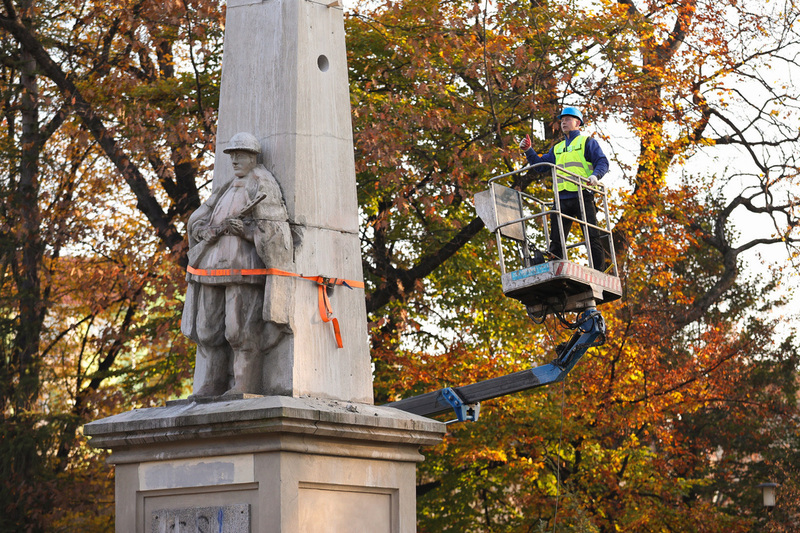 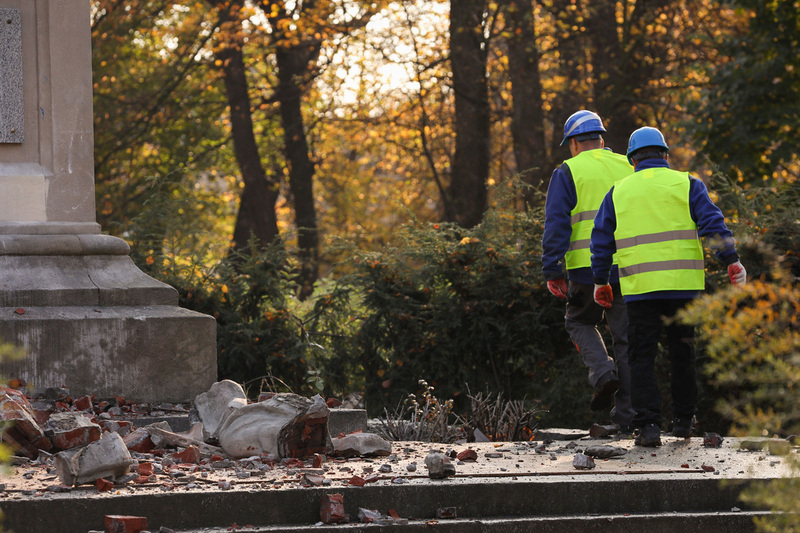 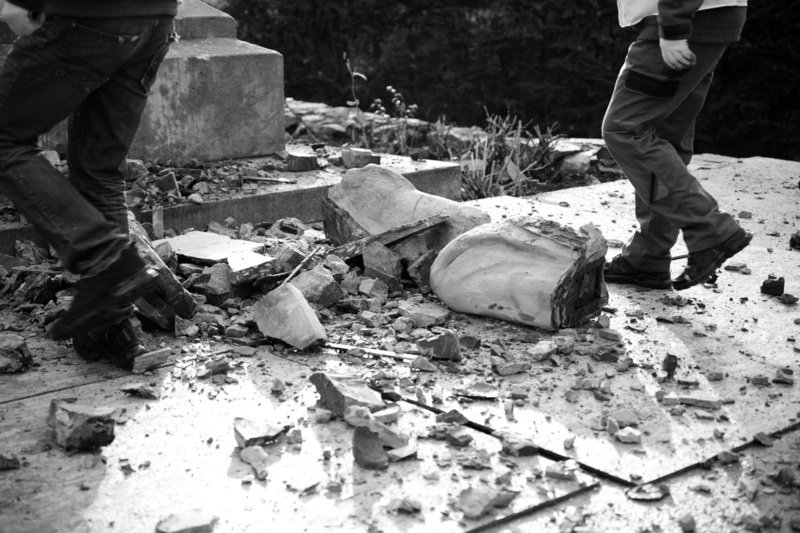 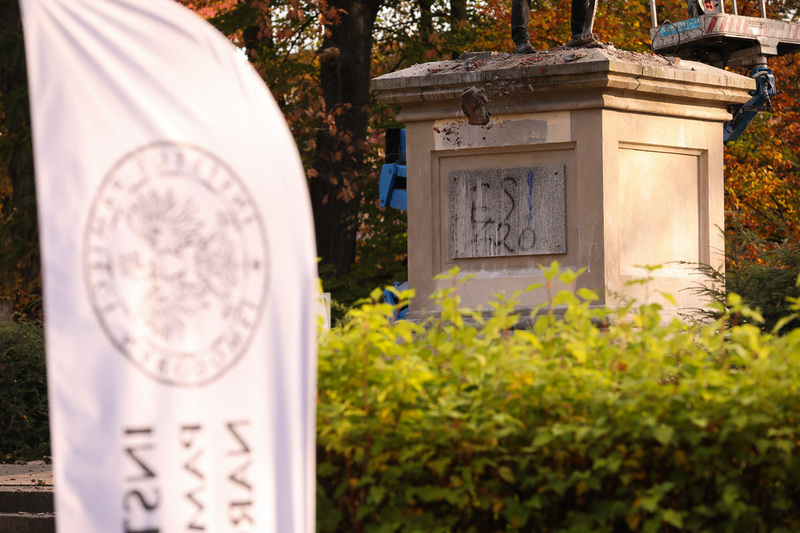 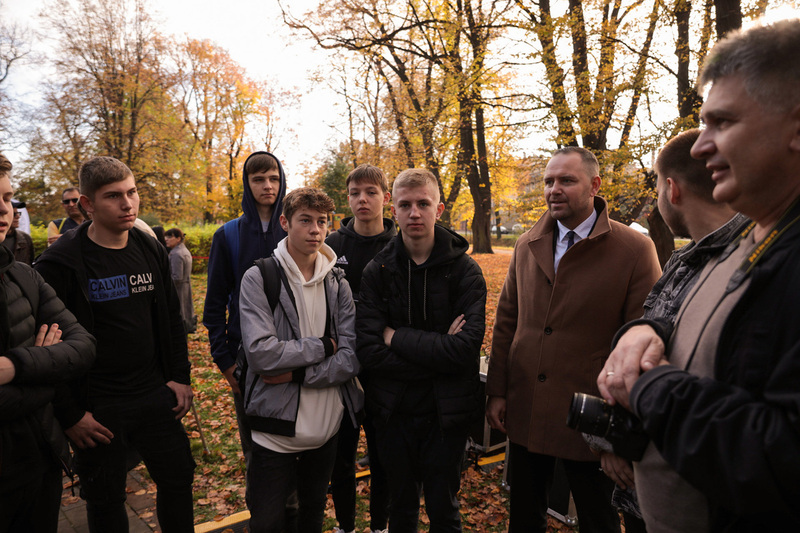 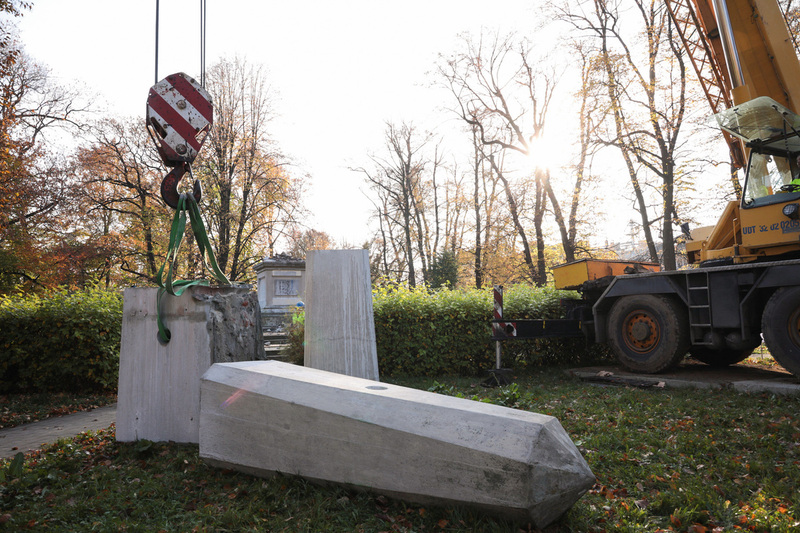 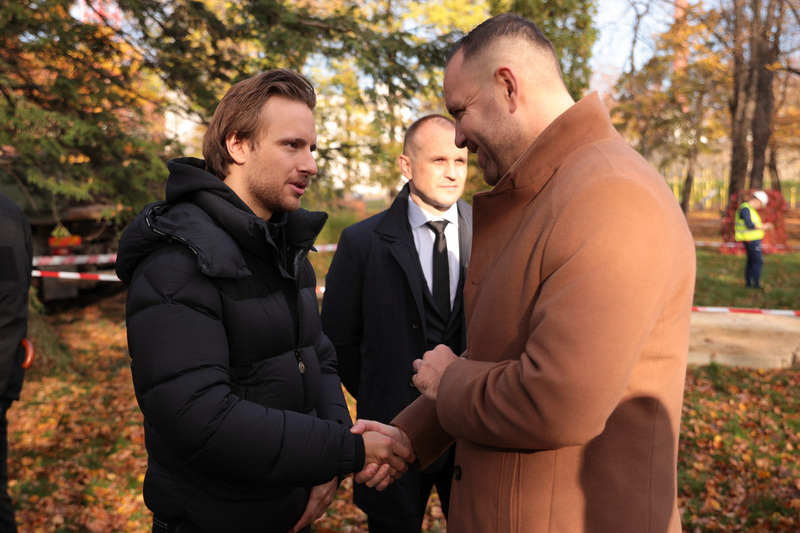 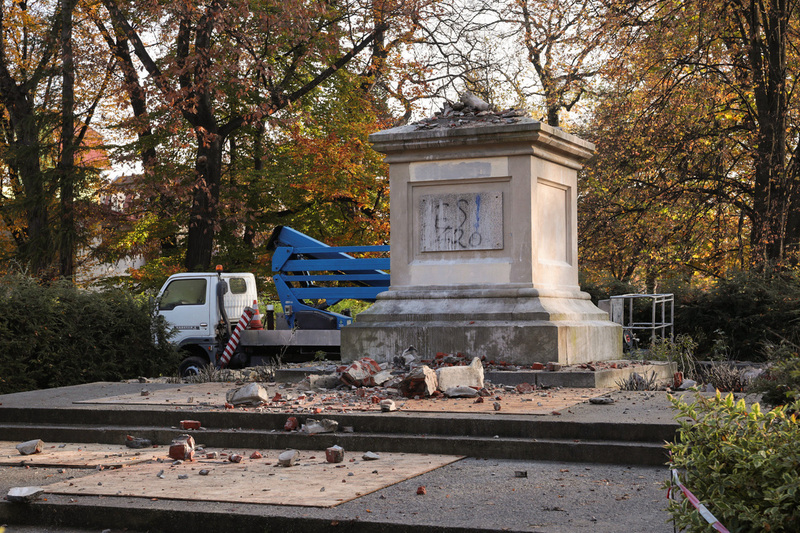 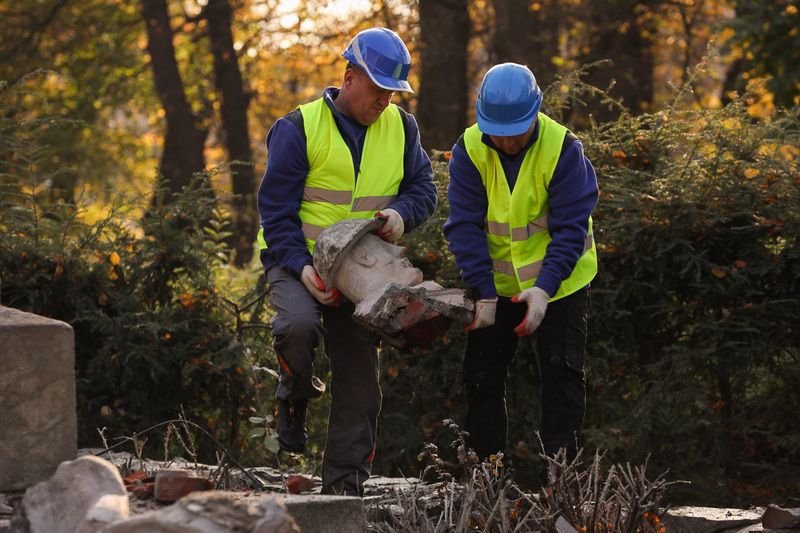 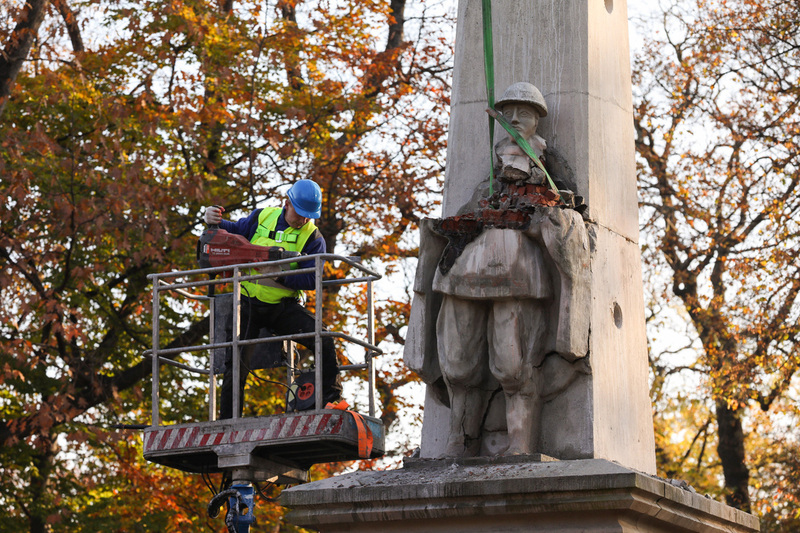 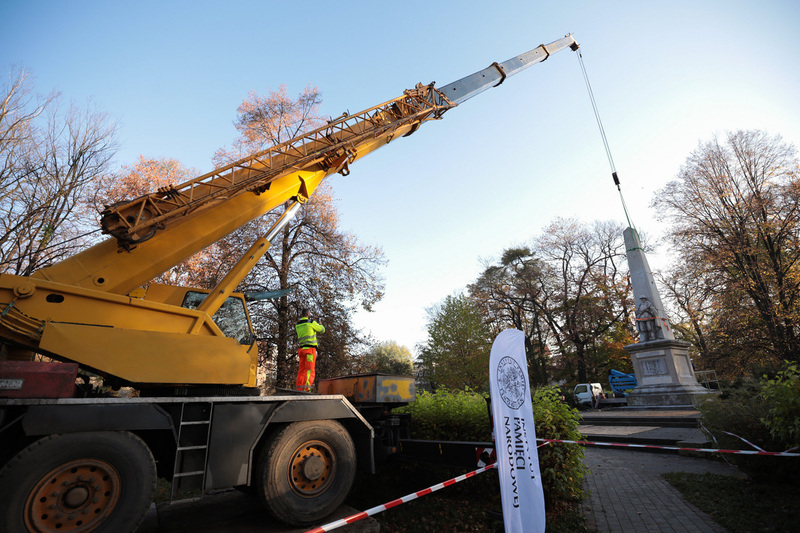 On 27 October 2022,  — for the first time in history — four polish towns have witnessed simultaneously the dismantling of monuments dedicated to the Red Army: Glubczyce and Byczyna (Opole region), Bobolice (West Pomerania region) and Staszow (Świętokrzyskie region). The IPN President Karol Nawrocki, Ph.D., was present in Glubczyce at a press briefing at 9 a.m. The event has been broadcast on the IPNtv channel.

The "Gratitude to the Red Army" monument in Glubczyce was erected in 1945 in the city park. It commemorated the Red Army soldiers killed in the Glubczyce district. The obelisk with a sculpture of a Soviet soldier with a machine gun was placed on the pedestal of the former Victory Column commemorating the Prussian victories of the late 19th century. The plaque at the bottom said: "Honor and glory to the soldiers of the Soviet Army fallen during the liberation of the Glubczce land”. The 19th century pedestal will remain in place. A new memorial funded by the IPN will be erected on it.

The IPN President Karol Nawrocki, Ph.D., stressed that the Soviet monuments dismantled on 27 October 2022, are a symbol of enslavement, not liberation:

The "Gratitude to the Red Army" monument in Byczyna was located in the square at 3 Stawowa St. It had been erected on 1 May 1945, near the Municipal Council. It commemorated 38 Red Army soldiers who had fallen in January 1945 fighting for the city. In the 1950s, they had been exhumed and transferred to cemeteries. However, the monument located in the historic park remained. It is was obelisk topped with a red star. Several years ago, the red star and the plaque were removed.

The monument in Bobolice was built in 1945 by Soviet soldiers. The obelisk was made of brick, with an inscription in Russian saying: "Eternal glory to our heroes fallen in the struggle for freedom and independence of our homeland 1945." The monument was erected on top of six graves of Red Army soldiers, whose remains were exhumed in 1952 and moved to a cemetery in Koszalin.

The monument in the Swietokrzyskie Voivodeship was located on road No. 765 connecting Szydłów and Kurozwęki. A memorial plaque placed on the stone monument had the following inscription: "From this place on 12 January 1945, at 4 a.m. the troops of the 1st Ukrainian Front of the Soviet Army under the command of Marshal Konev launched the winter offensive followed by the liberation of Poland. Glory to the invincible Soviet Army."