On the 15th day of the Great Liquidation Action at the Warsaw Ghetto, Janusz Korczak, the "Old Doctor," along with his co-workers and about 200 pupils of the Orphanage at 16 Sienna Street, began a four-hour march to Umschlagplatz. From there they were taken to the German extermination camp at Treblinka, where they died in the gas chambers on 5 or 6 August 1942. It is estimated that during the "Great Operation" a total of some 4,000 children from nearly thirty orphanages and boarding schools were taken to Treblinka. 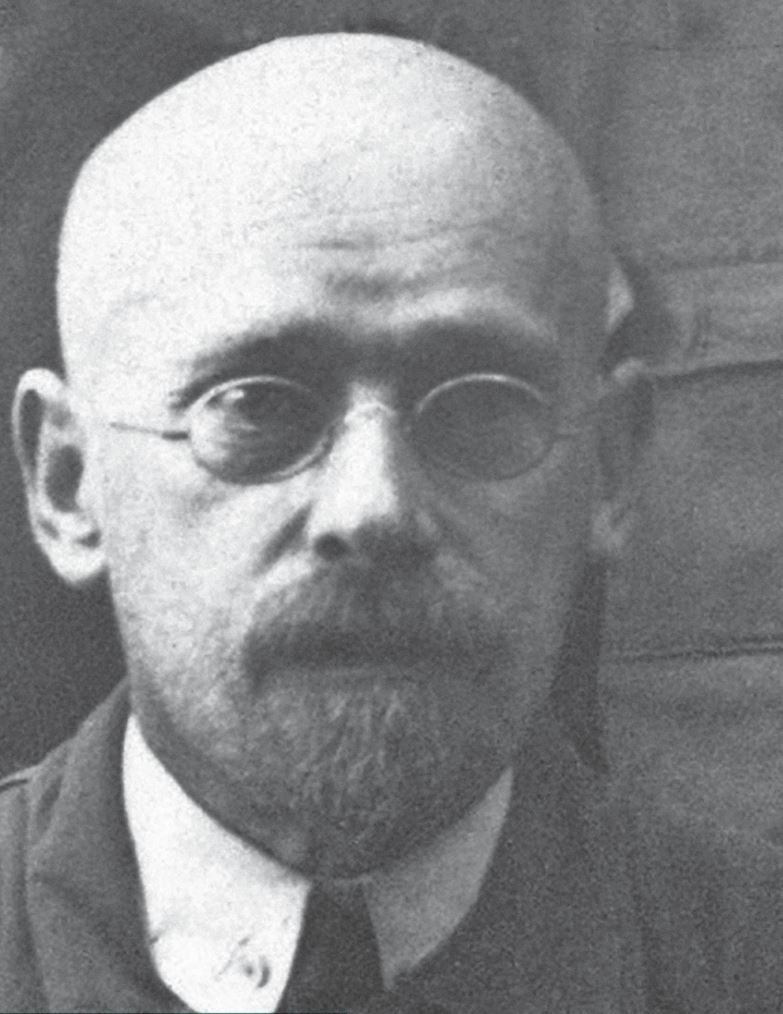 Janusz Korczak was born as Henryk Goldszmit on 22 July 1878 or 1879 in Warsaw, to a wealthy assimilated Jewish family. He graduated from the Faculty of Medicine at the Imperial University of Warsaw in 1905 and began working at the Berson and Bauman Children's Hospital in Warsaw at 51 Śliska St. He was then  mobilized as a military doctor and sent to the Far East for a year in connection with the ongoing Russo-Japanese War. In 1912 Korczak became the Director of the Orphans' Home, established by the "Help for Orphans" Society. At the institution, located at the intersection of Krochmalna and Karolkowa streets, Korczak was assisted in his work with Jewish pupils by Stefania Wilczynska, the Head Educator.

During World War I, he was drafted into the Russian army and sent to serve as the Head of a field military hospital in Ukraine. He was also a pediatrician at a shelter for Ukrainian children near Kiev. During the Polish-Soviet War, this time in the Polish Army, he in turn served as a doctor in military epidemic hospitals with the rank of Major. Immediately after the 1920 war, he returned to work at the Orphans' Home. Korczak organized recreation activities for Jewish "street children." In the summer about 100 children stayed there.  During winter time, there were about 60 inhabitants.

In 1926 he released a magazine for children and young people, entitled  „Mały Przegląd” [Small Review], which was published until 1939. Janusz Korczak was its editor until 1930, later Igor Newerly took over this function. The last issue of the "Small Review" was published on September 1, 1939. From 1935 to 1939, as the "Old Doctor," he also hosted children's programs on Polish Radio. He gave his last speech, calling for everyone to remain calm, in September 1939.

After the German authorities established the Warsaw Ghetto, the Orphans' Home was transferred in the fall of 1940 to 33 Chłodna Street, and in October 1941 to the corner of Sienna and Śliska Streets. Despite the tragic conditions in the Ghetto, Korczak continually struggled to raise funds to support the children. He also tried, along with his co-workers, to provide the children with a sense of stability and normality, maintaining the pre-war rules of the functioning of the orphanage and its internal customs. Janusz Korczak did not take up the offer of friends who urged him to leave the Ghetto and move to hiding places prepared for him on the Aryan side. What is more, he took on new responsibilities, taking care of the Main Shelter House at 39 Dzielna Street, an institution for orphans which was in dire straits, from early 1942. He also began writing a "Diary," in which he portrayed the tragic picture of the German occupation of Poland.

On July 18, 1942, a performance was held at the Orphans' Home, during which the children acted out a play by Nobel laureate Rabindranath Tagore entitled "The Post Office." In the play, the main character, who views the world from confinement, departing to eternity, leaves behind what is immortal - love, friendship and goodness. According to Korczak, the theme was to prepare the children for a dignified and conscious death, which, in fact,  occurred on August 5 or 6, 1942, in the gas chambers of the German death camp at Treblinka.

The exact date of Janusz Korczak's death is unknown; in 1954 the Lublin District Court determined it to be May 9, 1946, in accordance with the law in effect at the time. In 2015. The Lublin District Court, at the request of the Modern Poland Foundation, overturned the 1954 decision and determined that Janusz Korczak was taken from the orphanage together with his children on August 5 or 6, 1942, herded into train cars and deported to the German death camp in Treblinka. The court found that the most likely time of Korczak's death was August 7. Those brought to the camp were directly sent to the gas chambers, and there was no way Korczak could have avoided the fate of the thousands of people mass-murdered at the camp.