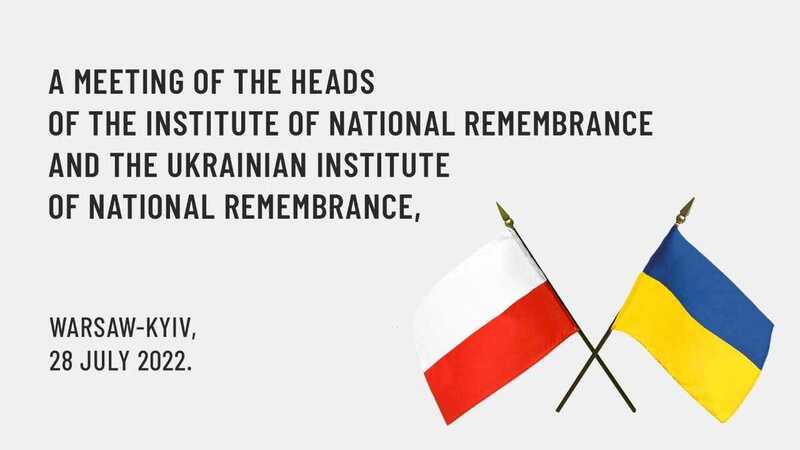 The President of the Institute of National Remembrance expressed his solidarity with fighting Ukraine and confirmed his previously made declaration of support for this institution, functioning in a state of war, including assistance for employees of the UIPN and their families in case they find themselves in Poland. The IPN unequivocally condemns the aggression by the Russian Federation directed against independent and democratic Ukraine.

Both parties declared their will to cooperate. They agreed that they would be waiting for arrangements to be made at a meeting of the Polish-Ukrainian working group, chaired by the Deputy Ministers of Culture of the Republic of Poland and Ukraine, established by the Memorandum of 1 June 2022.

According to the said document, the task of the team would be to develop specific procedures for conducting and resolving all sensitive issues in the field of national remembrance, including those related to search, exhumations, burials, commemorations, and reconstruction and protection of memorial and burial sites.

The Memorandum entered into force on the date of its signing. Its actual implementation will begin after the discontinuation of military operations in Ukraine, but the parties do not rule out the possibility of earlier cooperation.