The unveiling of a monument dedicated to General Bolesław Jerzy Roja; Sachsenchausen, Germany, 1 May 2022 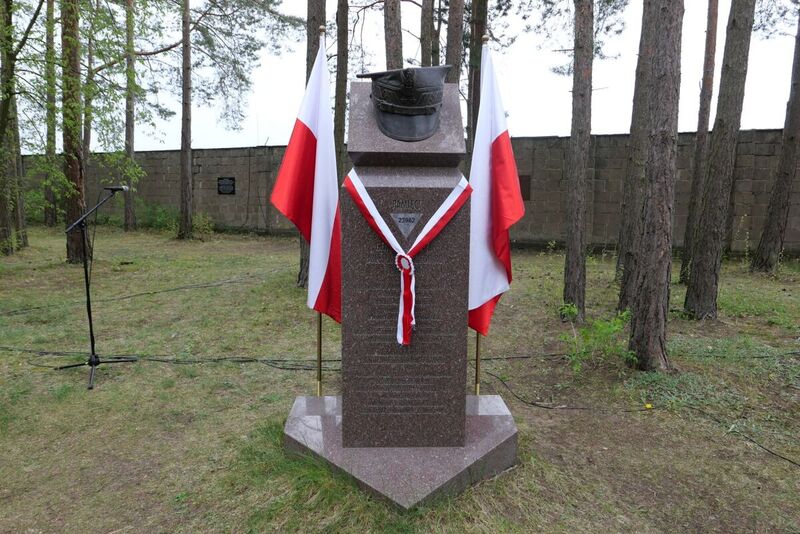 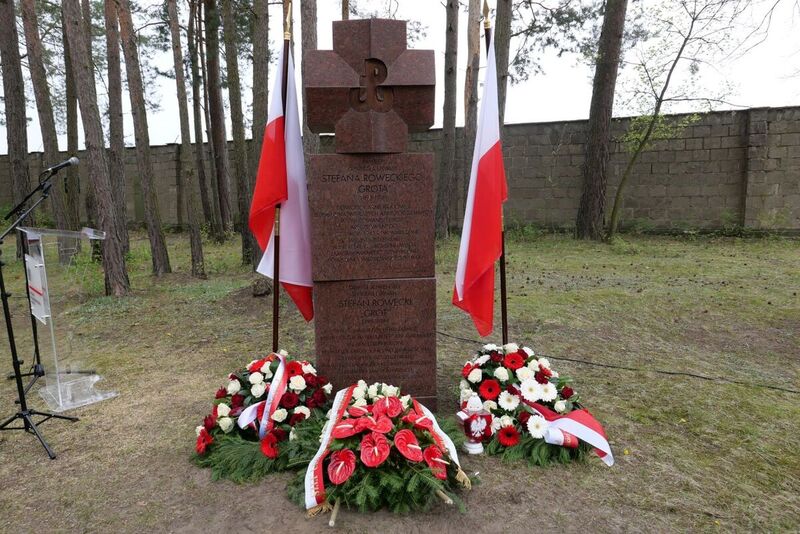 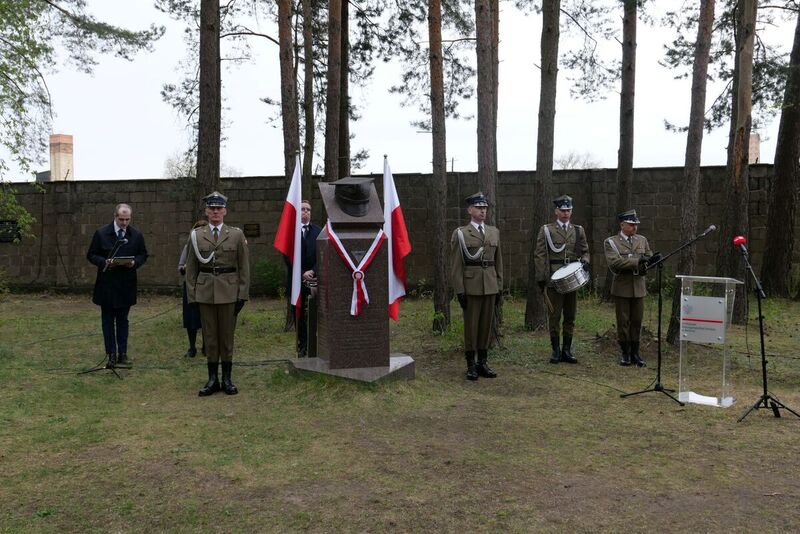 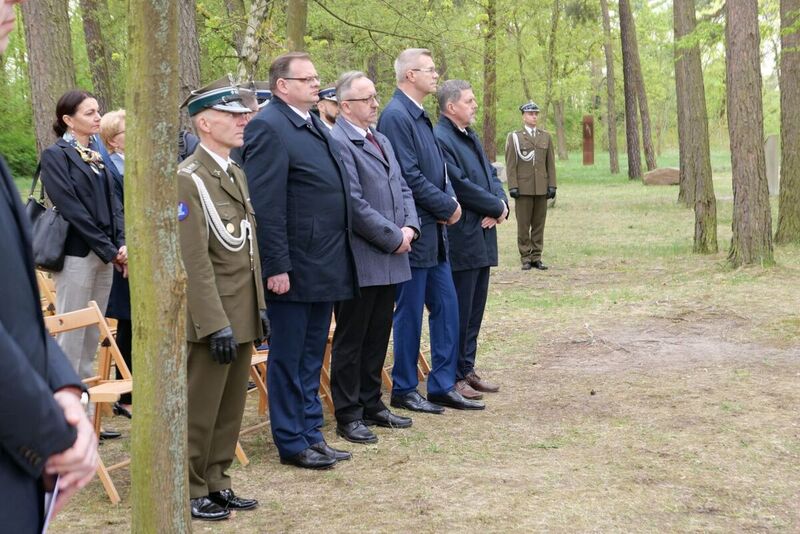 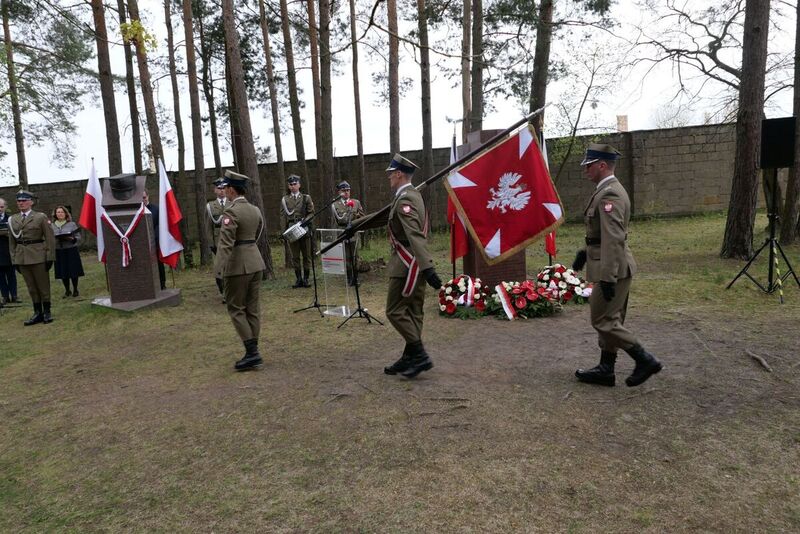 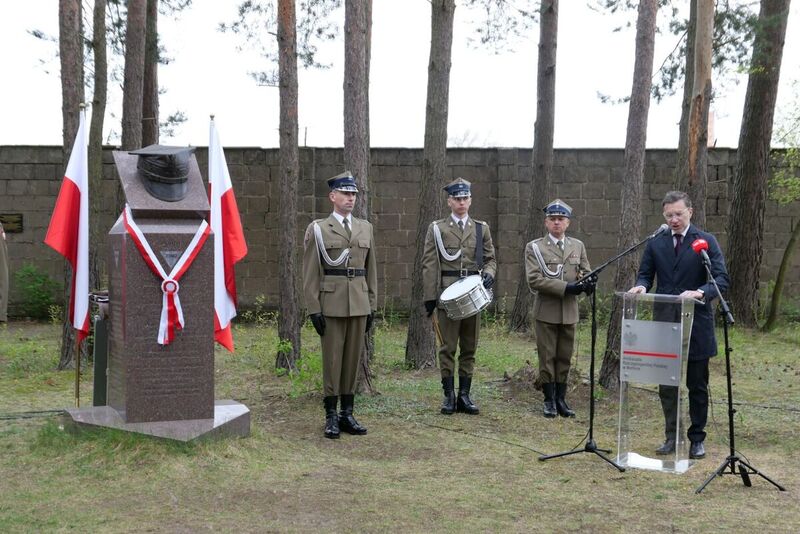 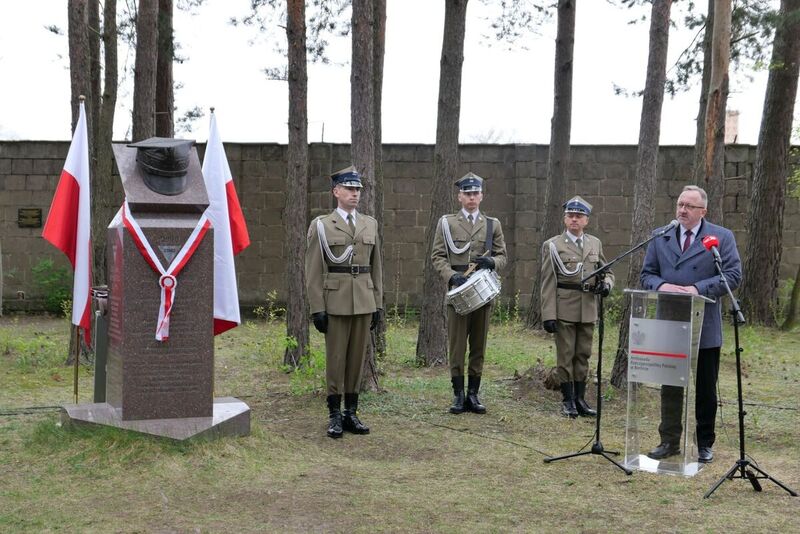 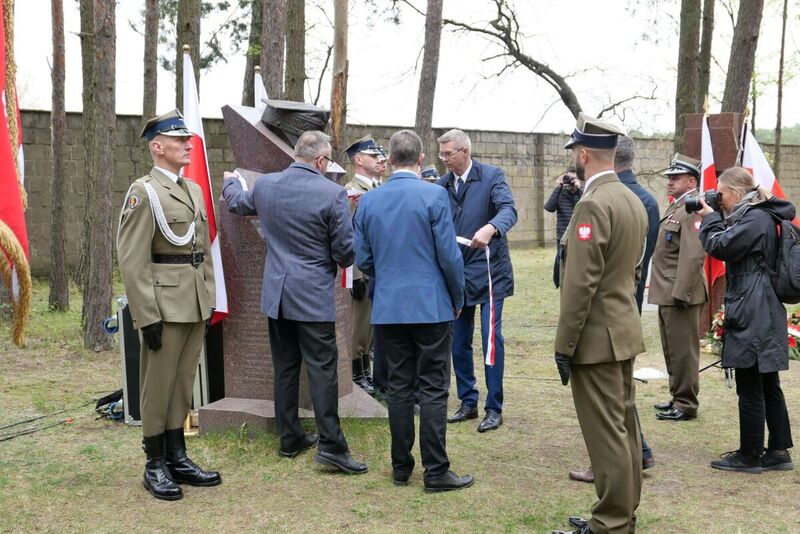 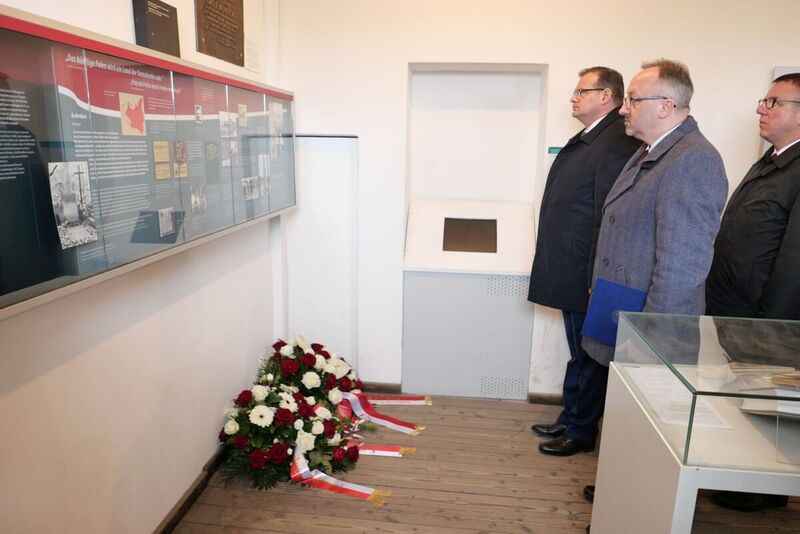 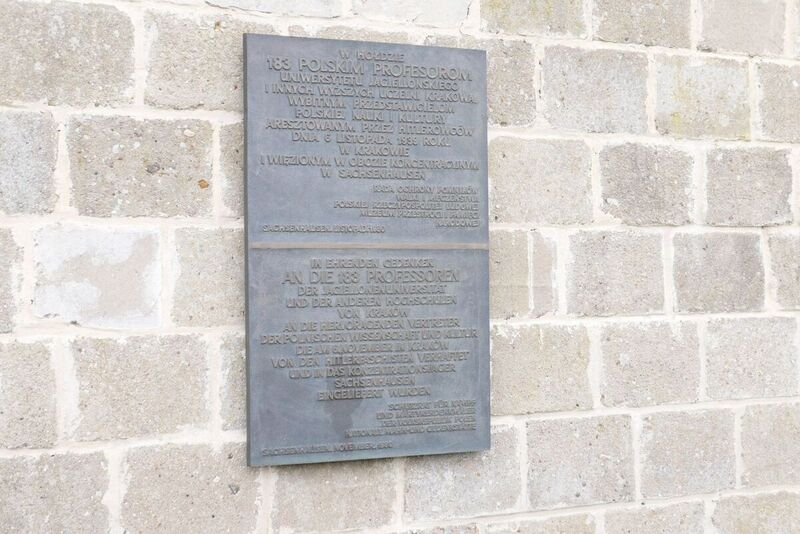 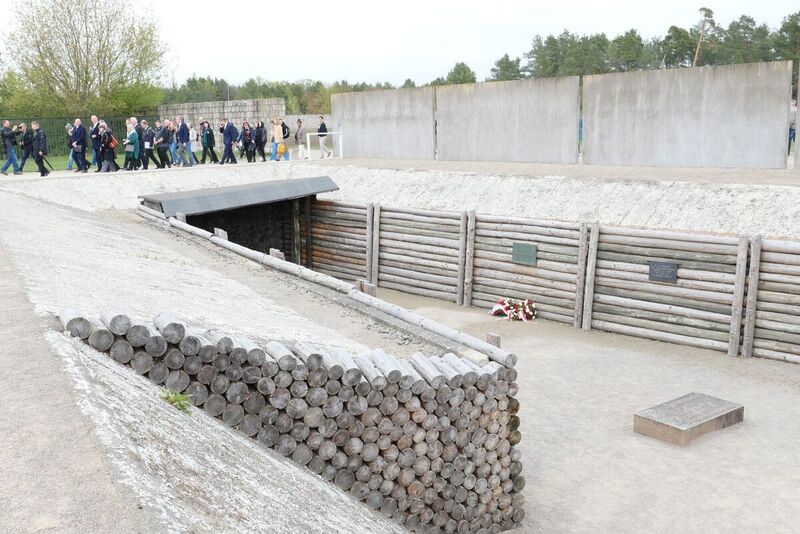 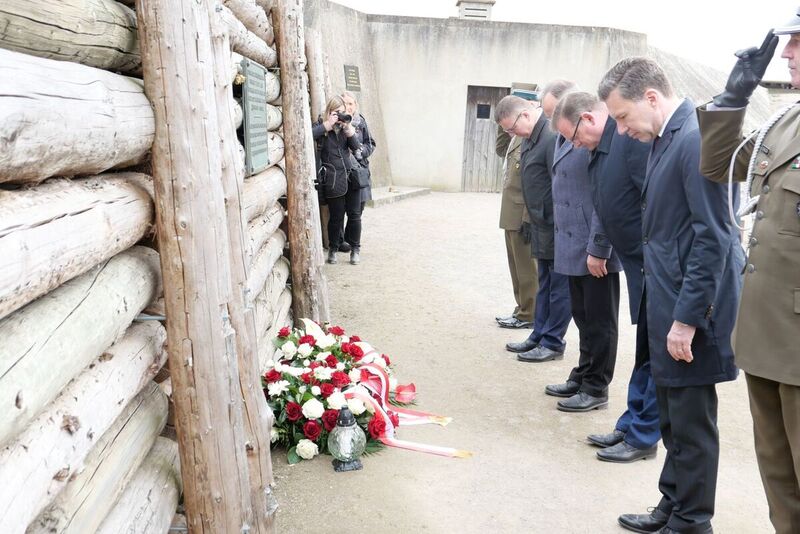 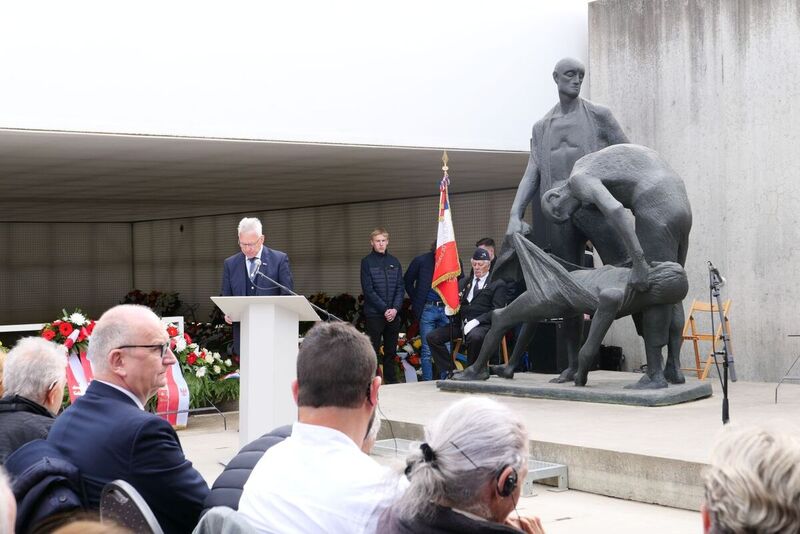 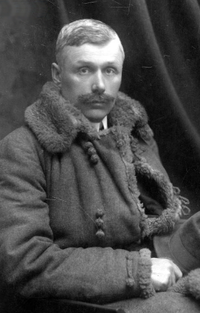 The official unveiling of a monument to General Bolesław Jerzy Roja at the former German Sachsenchausen Concentration Camp Memorial and Museum in Germany, took place on 1 May, as part of the international celebrations marking the 77th anniversary of the liberation of the camp.
The ceremony was attended, among others, by IPN Deputy President Prof. Karol Polejowski, Deputy Director of the Office for Commemorating the Struggle and Martyrdom, Joanna Piskorz, and the Director of the IPN Kielce Sub-Branch, Dorota Koczwańska-Kalita, Ph.D.

The ceremony was originally planned as part of the international celebrations marking the liberation of the German Sachsenhausen concentration camp on 22 April 2020. Due to the Coronavirus pandemic, all celebrations had to be cancelled. However, despite the difficulties caused by the pandemic, a monument to General Roja was erected on the premises of the former concentration camp.

The memorial is located next to a monument dedicated to General Stefan Rowecki, near the building of the camp commandant's office .It was erected in cooperation with Kielce City Hall and the Institute of National Remembrance, which co-financed the commemoration.
The erection of the memorial coincided with the 80th anniversary of the death of General Roja in KL Sachsenhausen.

The figure of General Roja is of particular importance for the initiators of the commemoration. He was the founder of the famous 4th Infantry Regiment of the Polish Legions, which was formed in the spring of 1915 and was stationed in Kielce during the interwar period. It was from this unit that a guard platoon of almost 68 soldiers was sent to Westerplatte in March 1939.

General Boleslaw Roja
Boleslaw Roja was born on 4 April 1876 in the village of Brynce Zagórze, in the Bóbrka district (now in the Lviv region in Ukraine) as the son of Maria and Joseph. His father ran a farm and was also a forester.
The later legionary, general and politician, received his education in gymnasiums in Lviv and Cracow, and in a cadet school in Wiener Neustadt near Vienna. Then he served in the Austro-Hungarian army. He worked for the Austrian intelligence. After the outbreak of World War I in 1914, he conducted military training for the Falcon Squads. Soon, he began his service in the Polish Legions in the ranks of the 2nd Infantry Regiment. This unit was part of the 2nd Legion Brigade, later known as the Carpathian Brigade. Together with the 2nd Regiment, Boleslaw Roja took part in heavy fights at Molotkow and Rafajlowo. In the spring of 1915, he became the head of the 4th Infantry Regiment, set up near Piotrków Trybunalski. At the turn of July and August 1915, he took part in the famous battle of Jastkow, near Lublin. In November of that year, he was promoted to the rank of Colonel.
At the turn of 1915 and 1916, the regiment stationed near Optowa on the river Styr. The camp there was named in honor of the Commander of the 4th Infantry Regiment. In 1916. Boleslaw Roja was also a member of the famous Council of Colonels, an informal advisory body to the Polish Legions Command. In the first days of July of that year, he took part in the battle of Kostiuchnowka, the greatest legion battle of the World War I. In November 1918, he participated in the seizure of power by the Poles in Cracow, for which he was promoted to the rank of Brigadier General.
In the years 1919-1920, General Roja took part in the fighting for the new borders of the Polish state. In 1922, he retired. He was awarded with the Silver Cross of Virtuti Militari, the Cross of Independence and the Cross of Valour.
In September 1939, General Roja was involved in charity activities of the Polish Red Cross. The Germans arrested him and placed in the Pawiak prison, from where he was deported to the Sachsenhausen concentration camp. He was given camp number 23982. The circumstances of his death are horrifying. He was murdered on 27 May 1940 in a bestial way. Bolesław Roja’s symbolic grave of is located in the Powązki Cemetery in Warsaw.