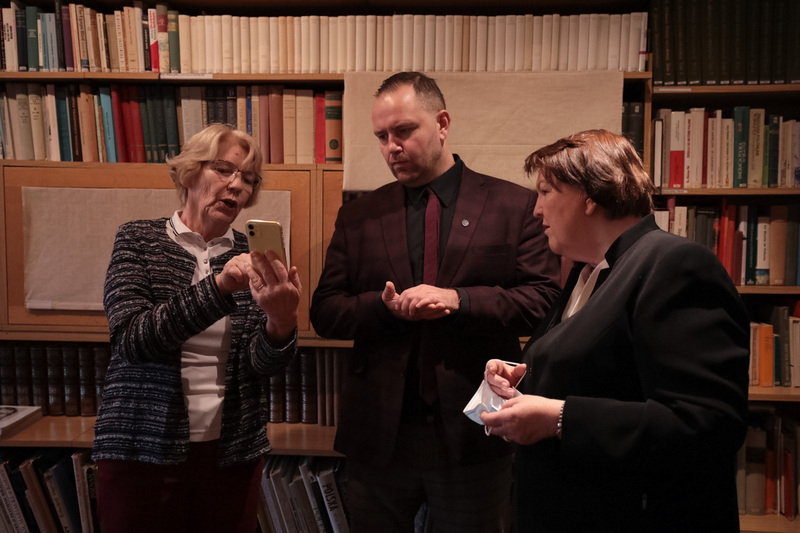 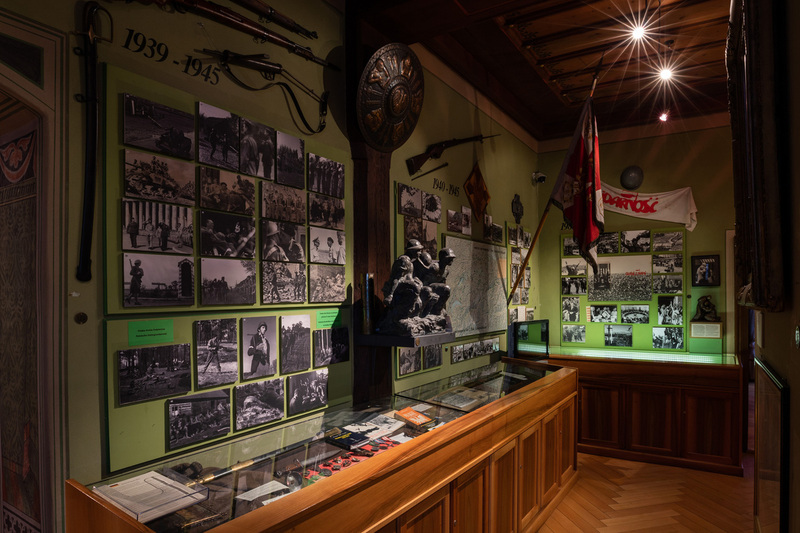 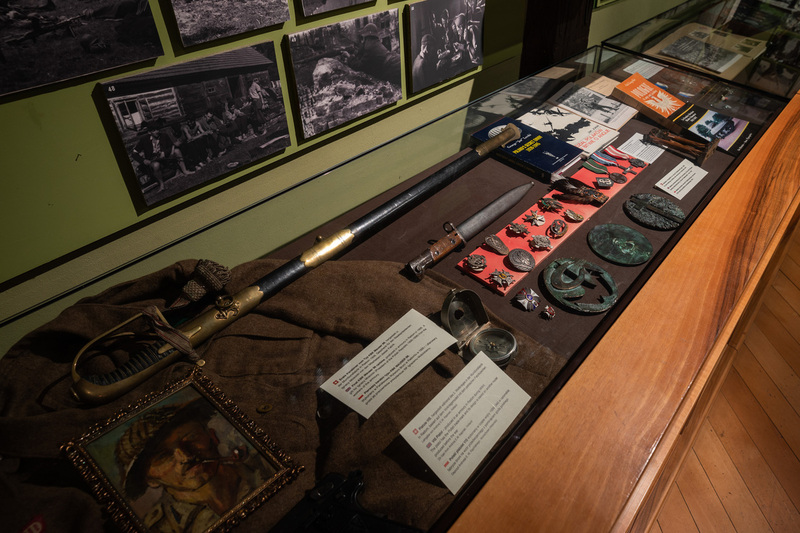 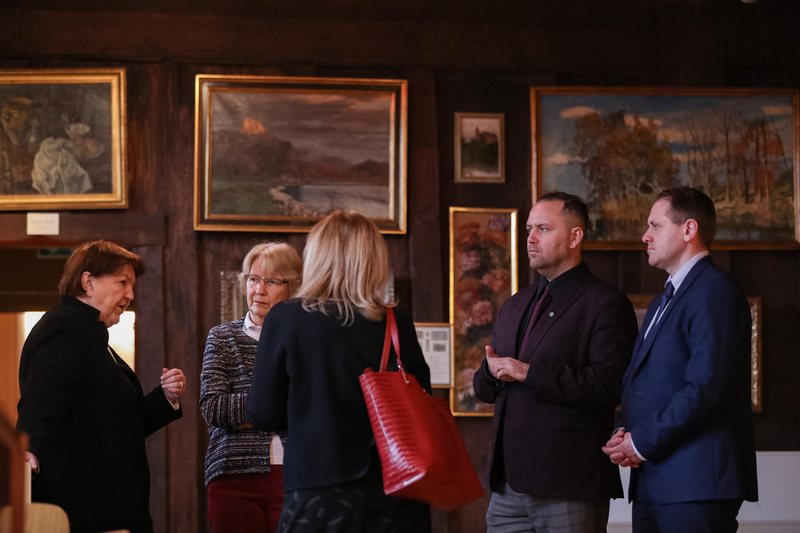 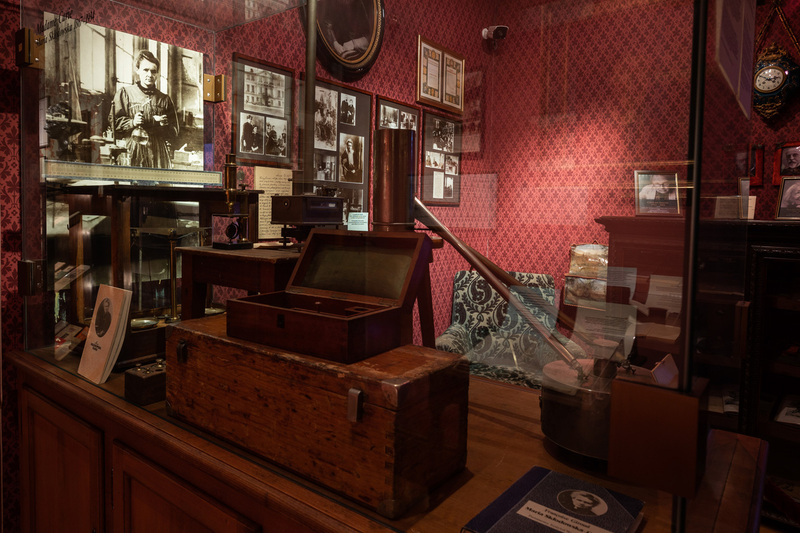 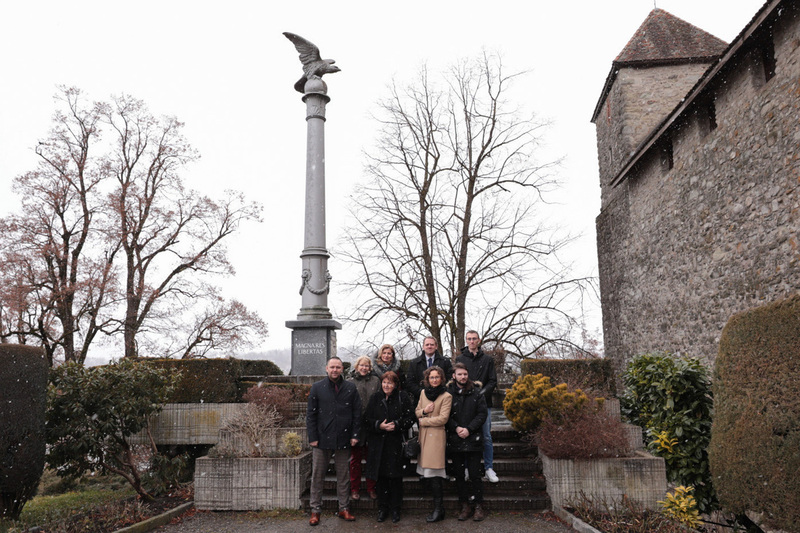 On Tuesday, 1 February 2022, the President of the Institute of National Remembrance, Karol Nawrocki, Ph.D. met with Anna Buchmann, the Director of the Polish Museum in Rapperswil. The purpose of the meeting was to discuss further cooperation and new challenges facing the two institutions.

Karol Nawrocki also had the opportunity to see the exhibition in the castle in Rapperswil, which had been rebuilt by the Polish Emigration. The history of the museum dates back to 1870, the facility itself being established in order to protect Polish historical monuments and to promote Polish culture, history and heritage.

"Poland’s heart beats in many parts of the world. Poland’s heart also beats here in Switzerland. In this museum, as in many other corners of the world, we have the chance to learn the history of the Polish nation, which had on numerous occasions demonstrated its readiness to fight for freedom. On the other hand, however, it also became an integral part of those countries where it found itself as a result of emigration (...). In order to preserve Polish culture and history, we ought to take care of our cultural heritage, also outside Poland’s borders. We thus join the appeal to save this museum. We are ready to do whatever it takes to prevent this trace of ‘Polishness’ in Switzerland from being lost", said Karol Nawrocki, Ph.D.

The cooperation agreement between the Institute of National Remembrance and the Polish Museum in Rapperswil was signed on 31 January 2013 in Warsaw, but the beginnings of joint activities date back to earlier years. As part of the cooperation so far, involving, among others, the digitization of the archives of the Polish Museum in Rapperswil, it was possible to obtain documents constituting the legacy of Jerzy Stempowski, the legacy of Gen. Bronisław Prugar-Ketling, Józef Mackiewicz, Barbara Toporska-Mackiewicz, Zbigniew Rapacki, Louise Rapacka-Coisnier, Kazimierz Vincenz and Halszka Vincenz née Poniatowska.

Moreover, the resources of the Institute of National Remembrance were enriched with documentation from the Association of Polish Technicians and Engineers in Switzerland and from the „Internowani. Pamiątki – ślady po internowanych” collection as well as photos and documents associated with the 2nd Rifle Division. An extensive, bilingual photo album on the 2nd Rifle Division as well as an online archive of documents about Polish soldiers interned in Switzerland are also the effects of the cooperation between the two institutions.

In 2015, the Polish Museum in Rapperswil was awarded the IPN’s Custodian of National Memory Prize granted to individuals, institutions and social organizations for their particularly active participation in the commemoration of the history of the Polish Nation in the years 1939-1989, and for public activity coinciding with the statutory objectives of the Institute of National Remembrance.