The exhibition prepared by the Institute of National Remembrance was opened in Borja, a province of Zaragoza on 27 November 2021. 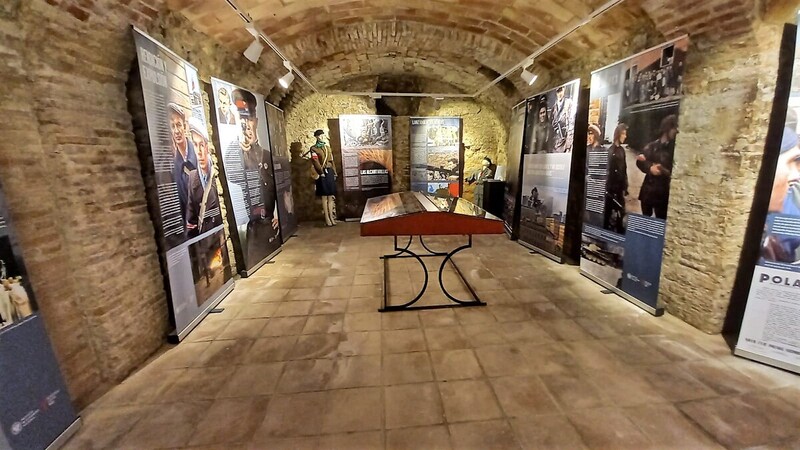 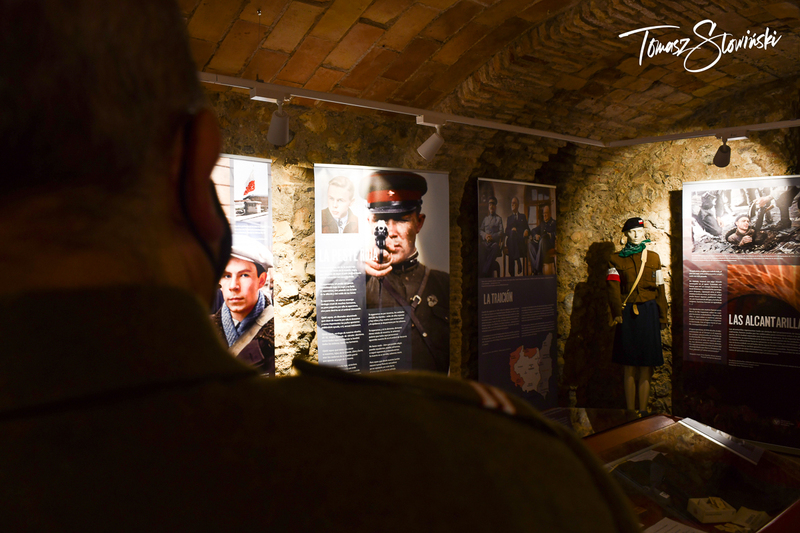 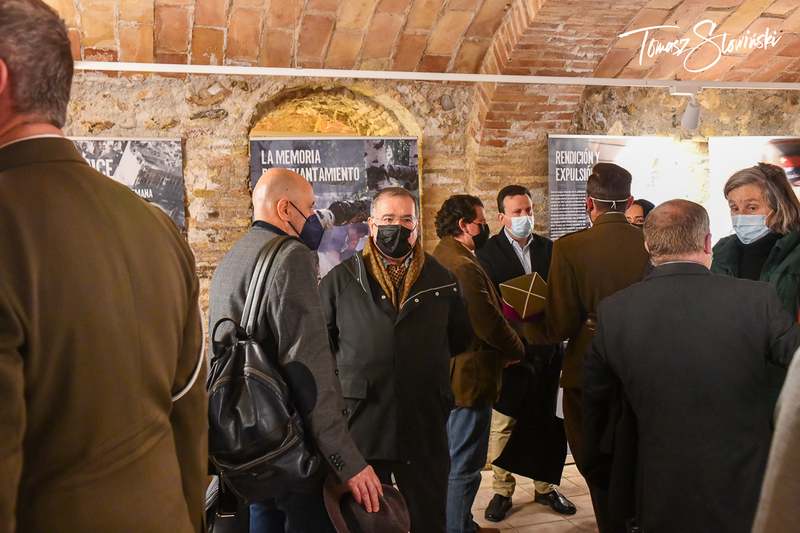 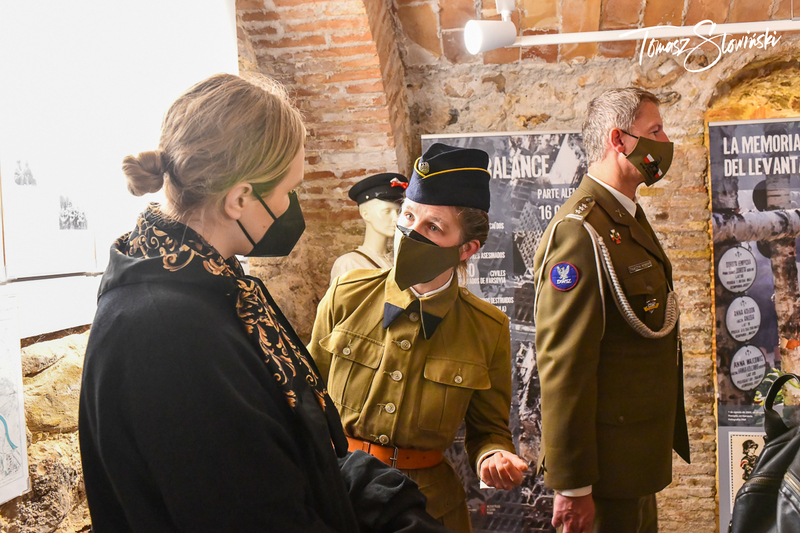 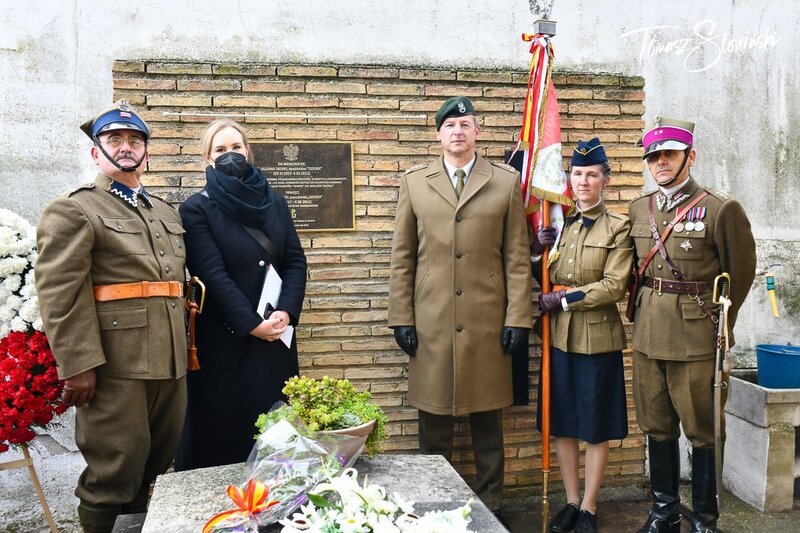 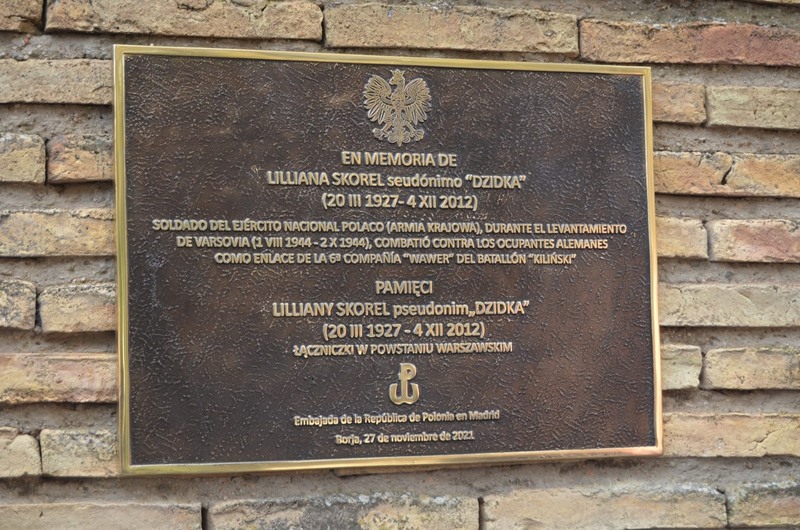 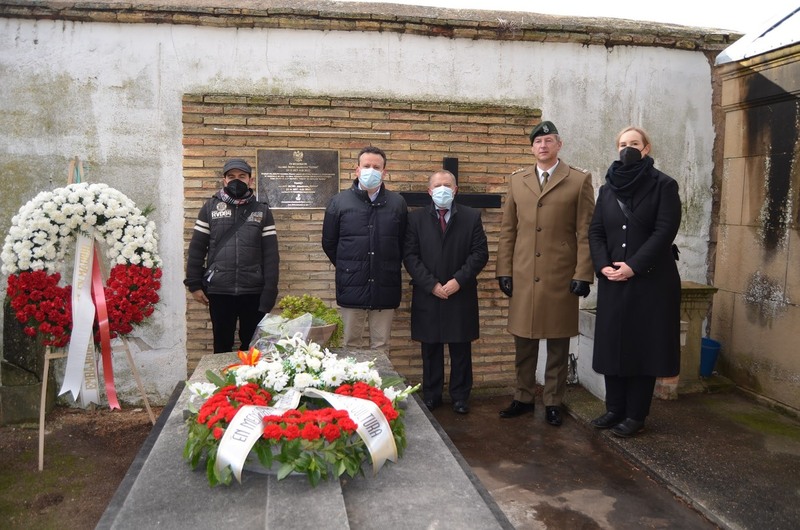 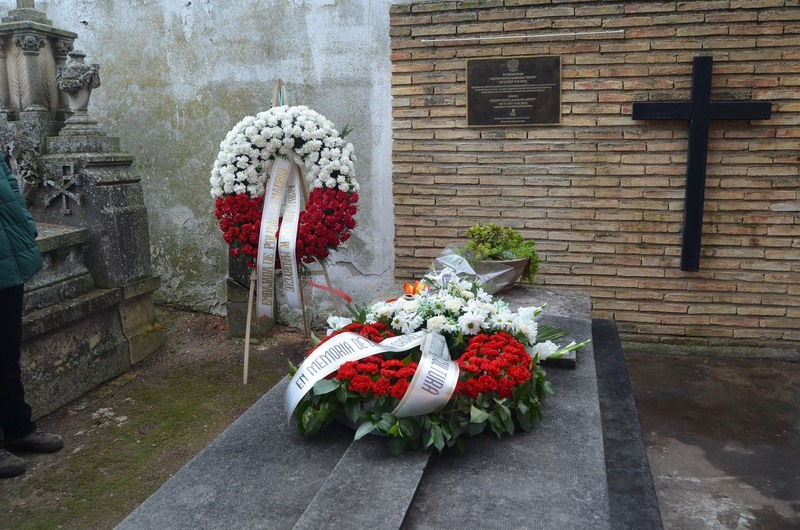 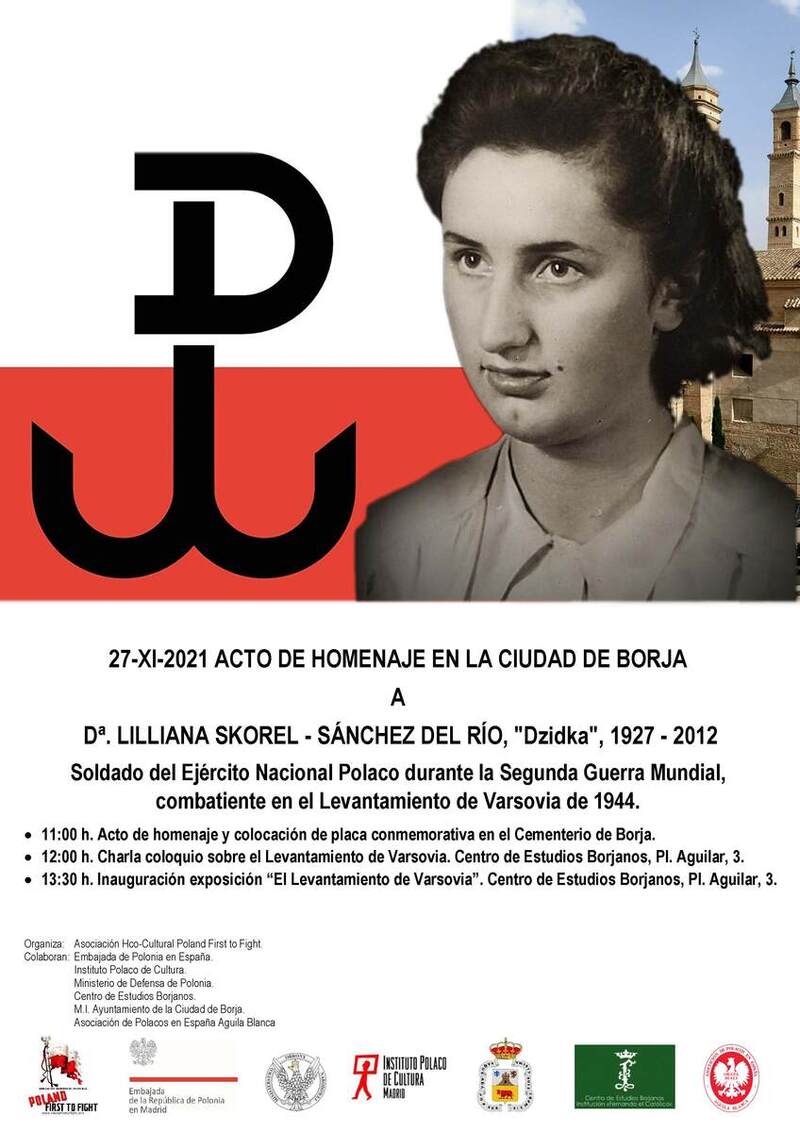 The event began at the municipal cemetery in Borja by commemorating Liliana Skorel, alias "Dzidka", participant of the 1944 Warsaw Uprising, a liaison officer and member of the "Kilinski" battalion. She came to Spain after the war, together with her husband who was from Borja. The national anthems of Poland and Spain were played and a plaque funded by the Polish government was unveiled at her resting place. The Polish and Spanish inscriptions on the plaque read:

A prayer was said for the deceased and the wreaths were laid.

The main part of the celebration was the opening of the IPN exhibition "Warsaw Uprising 1944. The Battle for Poland" at the Centro de Estudios in Borja. The Spanish version of the exhibition was prepared by the IPN in cooperation with the Polish Institute in Madrid.

The event was attended by the Polish Consul in Madrid, Justyna Tokarska, the Polish Military Attaché in Madrid, Colonel Robert Tkaczyk, and the Deputy Director of the Polish Institute, Gabriela Słowińska. The Spanish side was represented by among others the mayor of Borja, Eduardo Arilla Pablo, the local Minister of Culture, Jorge Jimenez Ferrandez, and Liliana Skorel's elder daughter, Cristina Skorel Sanchez del Rio. The exhibition was greatly appreciated by the attendees and Mayor Eduardo Arilla Pablo announced that local high schools would be encouraged to visit it.

The celebrations in honor of the Warsaw Uprising protagonists were organized by the Spanish association "Poland. First to Fight" in collaboration with the Polish Embassy in Madrid, the Polish Institute, the Ministry of Defence and the White Eagle Association of Poles in Spain. The Centro de Estudios in Borja and the municipal authorities were also involved. The exhibition will be on display in Borja until 17 December 2021.

Other exhibitions available in English