The Office of International Relations organized a visit of Albanian MPs, judiciary officials and media people, arriving under the umbrella of the Albanian Authority on Access to Information on the Former State Security Service (AIDSSH). Since 2020, AIDSSH has belonged to the European Network of Official Authorities in Charge of the Secret Police Files, of which the IPN is a founding member, and the guests from Tirana came to draw from the vast experience of the Institute in dealing with Poland’s communist past, including legal instruments and recovery of the remains of the system victims. 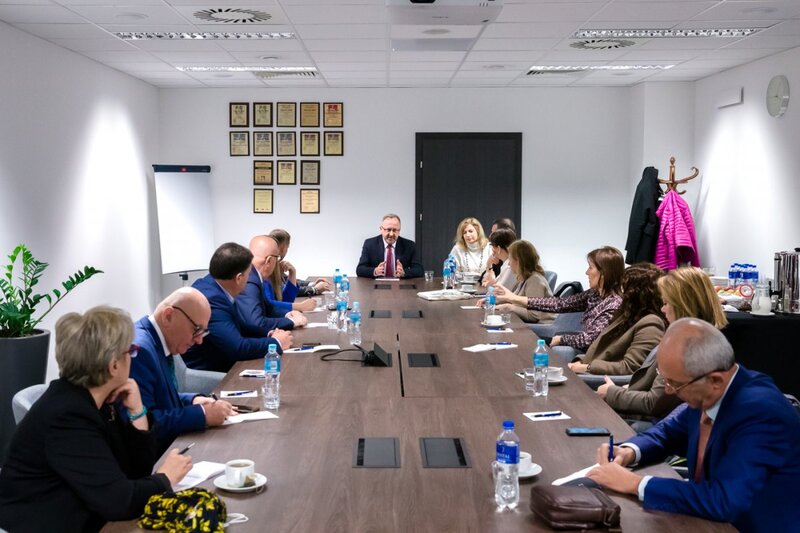 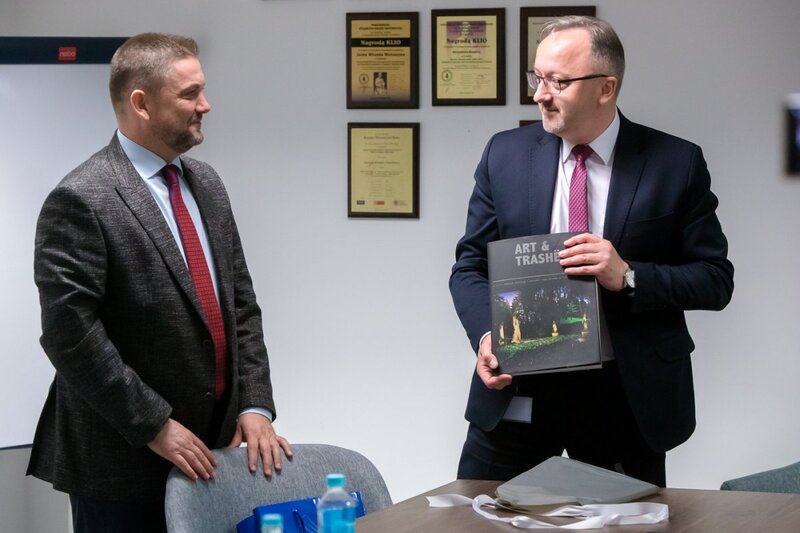 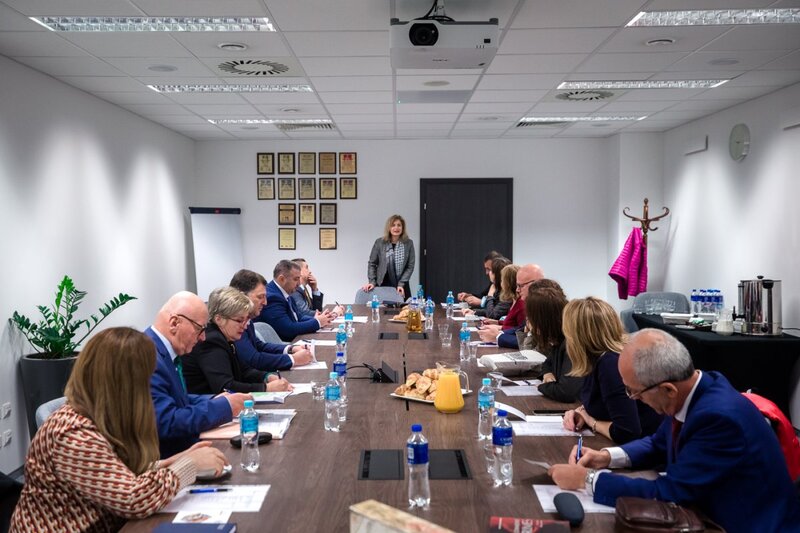 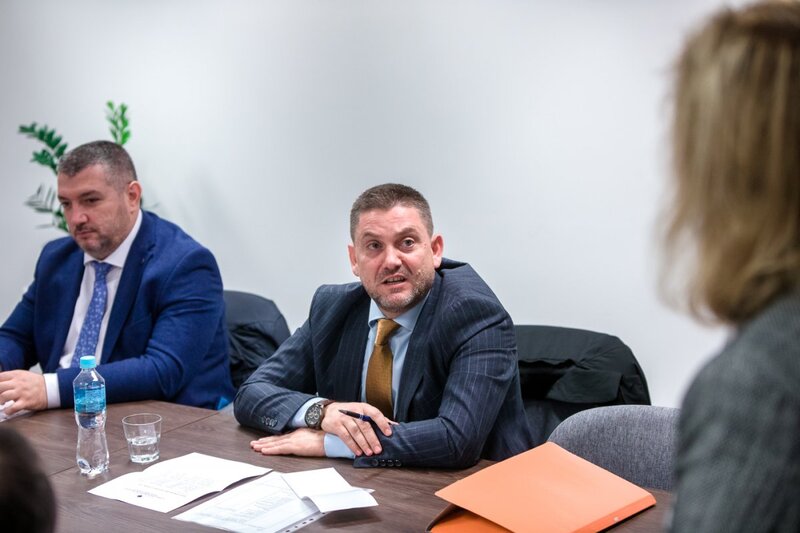 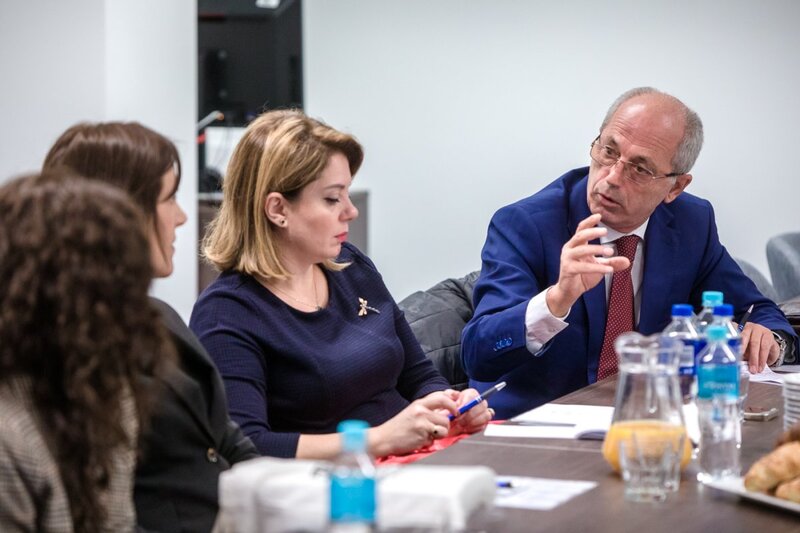 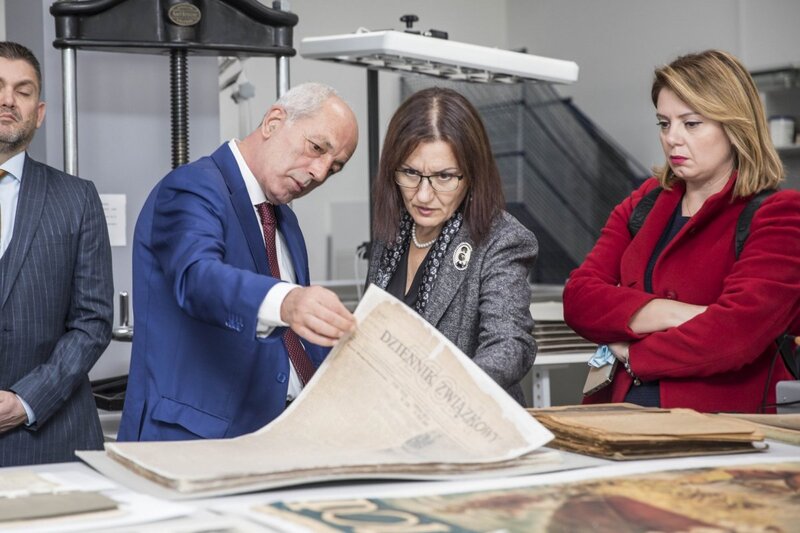 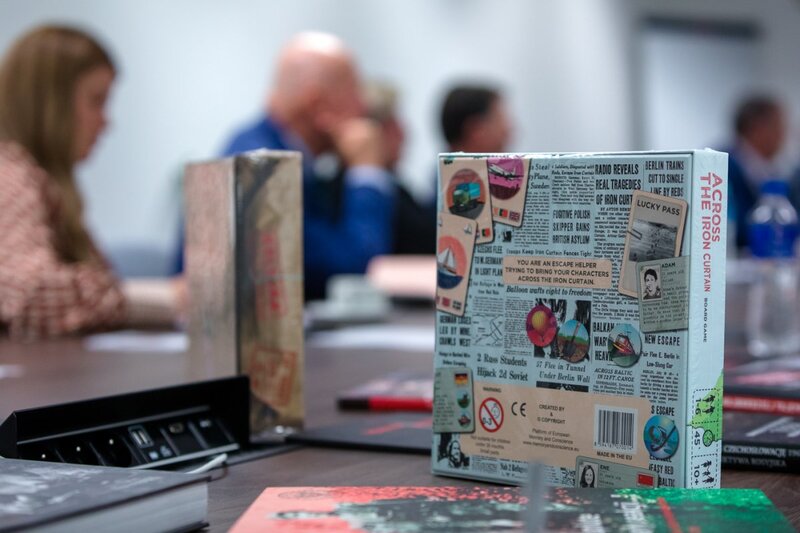 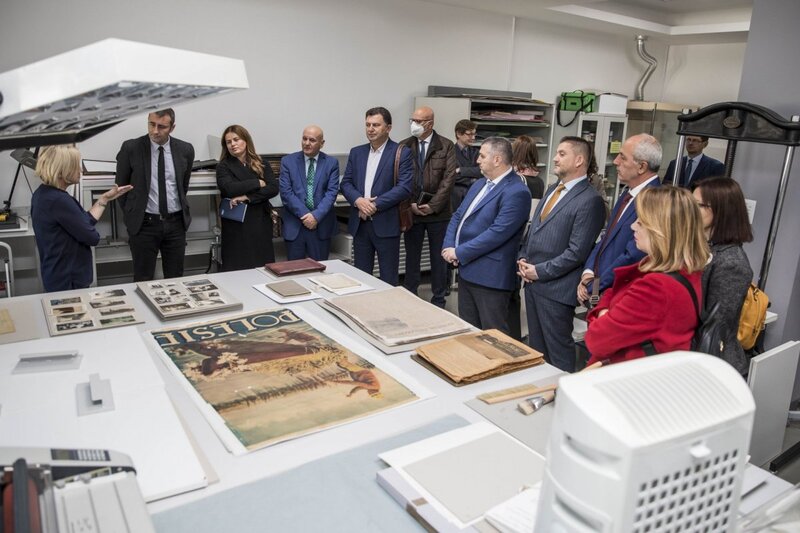 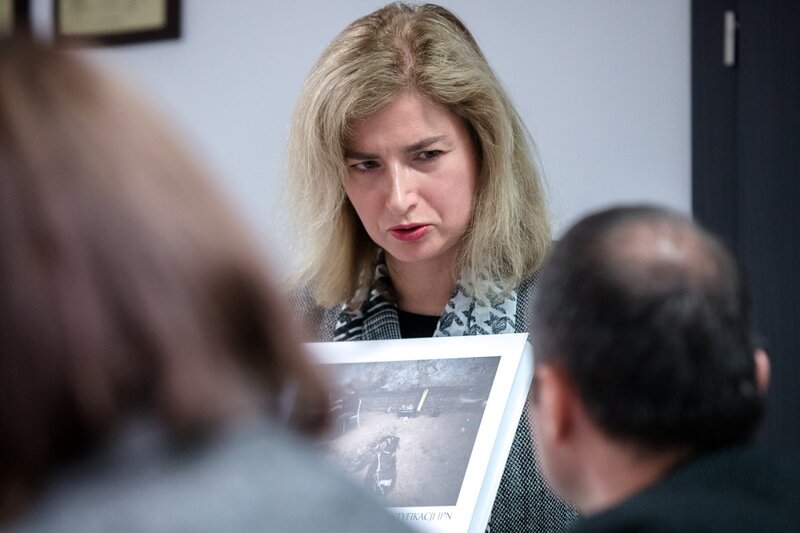 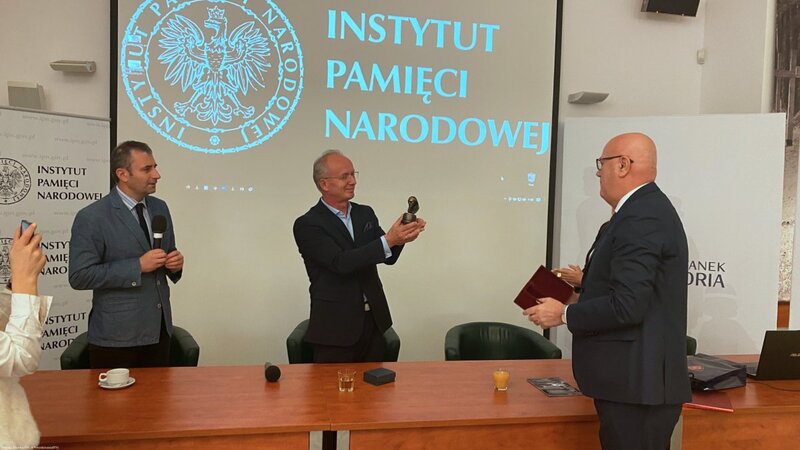 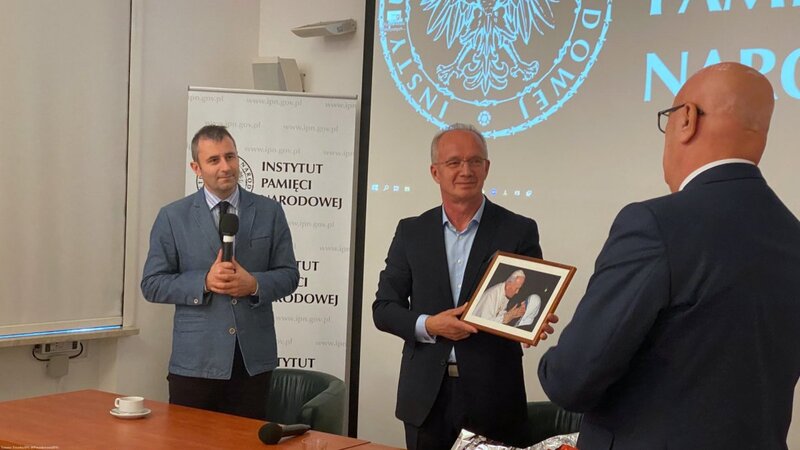 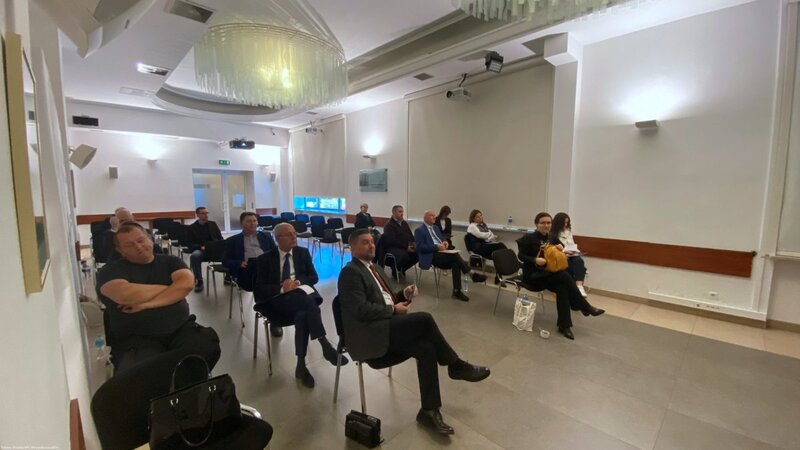 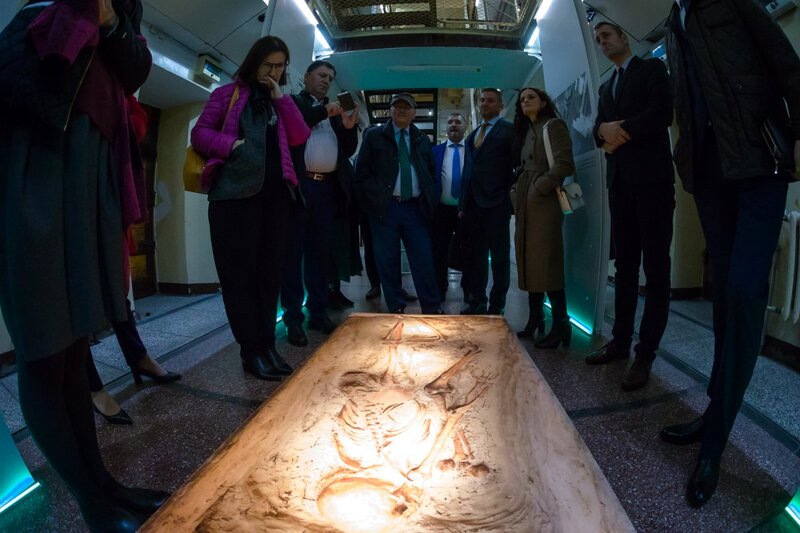 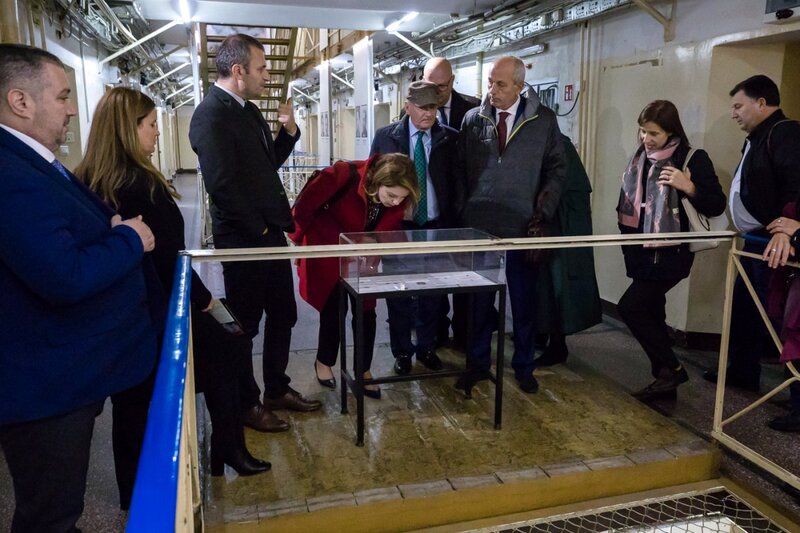 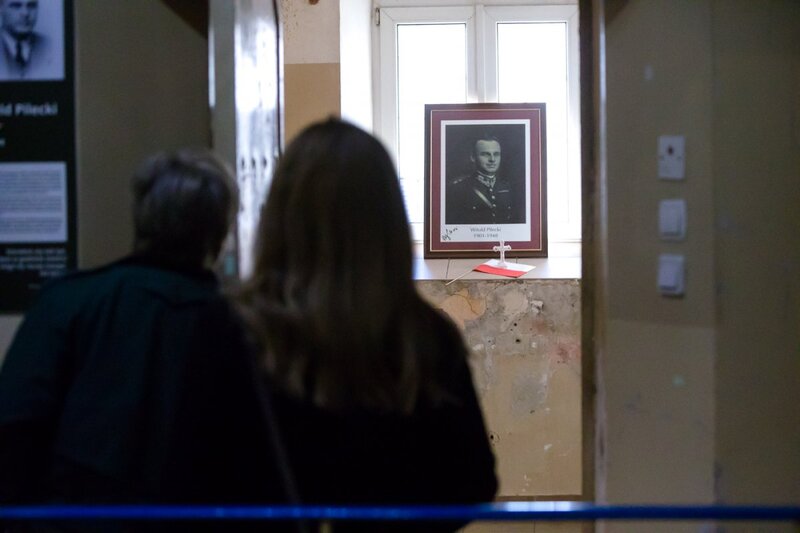 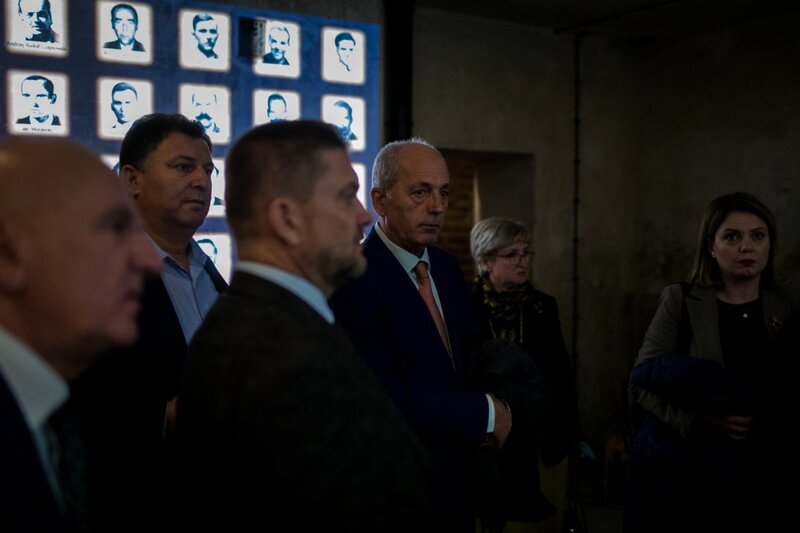 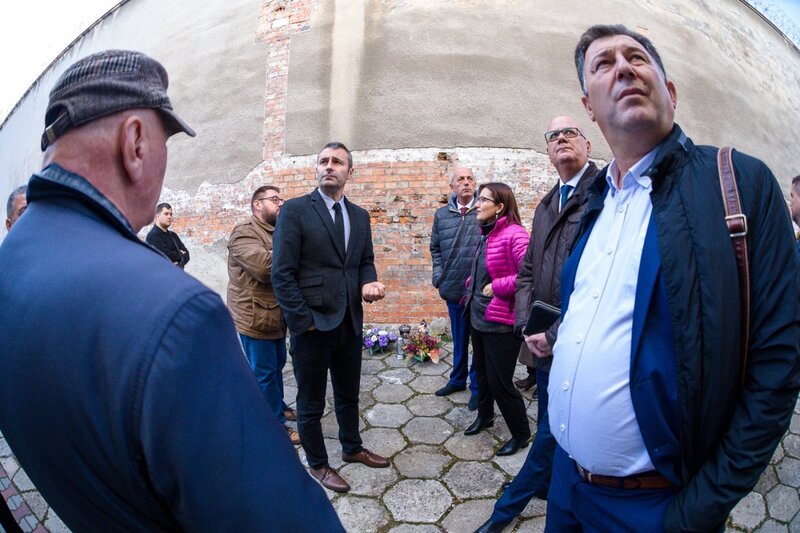 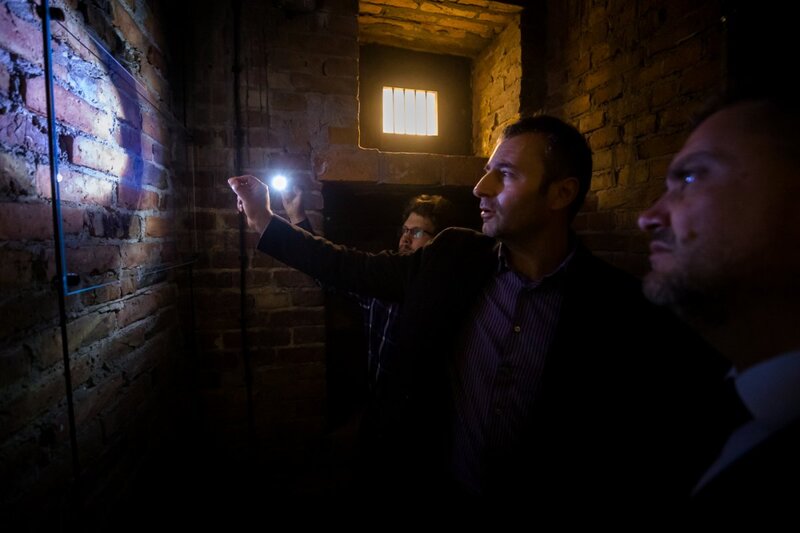 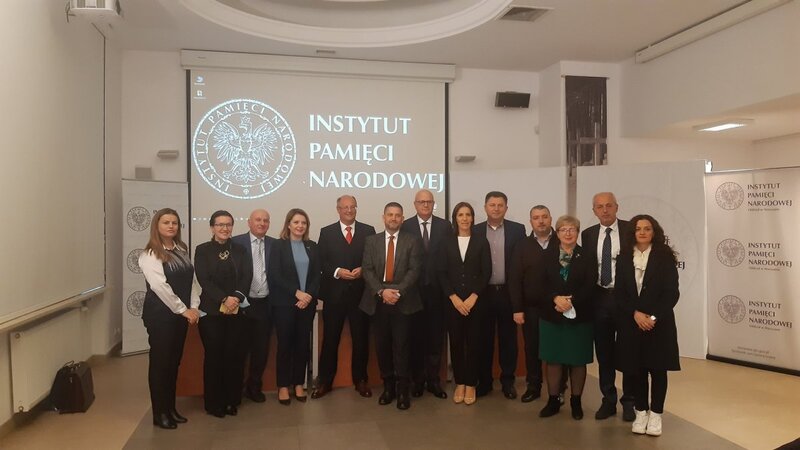 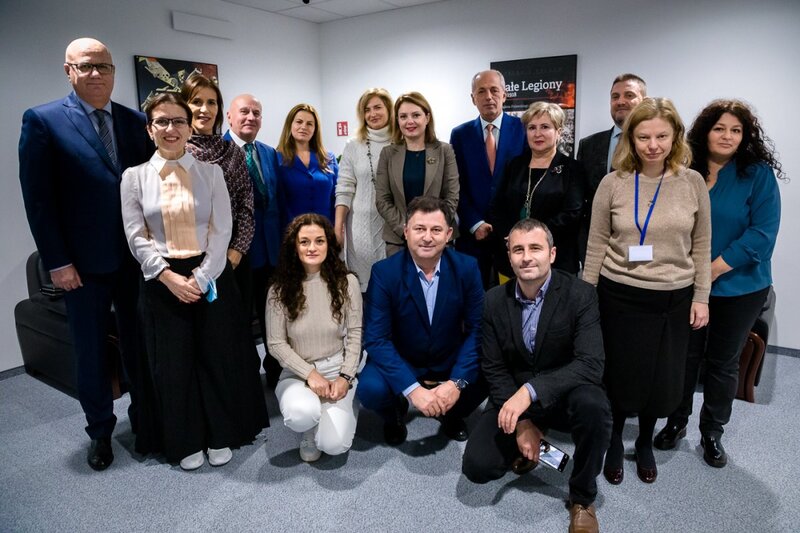 The visit was organized by the the Office of International Relations of the IPN, and Deputy President Karol Polejowski, responsible for the Office work, greeted the guests on behalf of President Karol Nawrocki and his own. Karol Polejowski spoke about the mission of the Institute, which includes dealing with Poland’s communist past, and pointed out that apart from the legal obligation under the IPN Act, it is the nation’s moral duty. He also expressed hope that the visit would become the beginning of close cooperation: legal instruments of the transformation period, vetting procedures and search and burial of the victims of communist crimes methods, just a few of many fields in which the Institute has gathered enormous experience, can now be shared with other countries of former Eastern Bloc. The visitors emphasized that Polish transformation period expertise, especially the solutions developed by the IPN, will serve as a model in the process of setting the course and defining the tasks of the young Albanian institution, and in the legislative efforts to invest it with broader competences.

Prior to that, Agnieszka Jędrzak, the Office of International Relations deputy head, outlined the Institute structure and briefly portrayed chief divisions and their responsibilities. She elaborated on her own department, established only weeks before, presenting main areas of its operation and mission. The deputy head also brought up the issue of recently launched 5-year educational and commemorative project called "Trails of Hope. The Odyssey of Freedom", international promotion of the knowledge of WWII Polish commitment to freeing Europe from totalitarian regimes. The initiative will be presented on three continents, and the Albanian delegation expressed their willingness to have a dedicated exhibit in their country.

The group went on to participate in the workshps organized by the Office of Search and Identification, devoted to presenting the work methodology. Deputy President Krzysztof Szwagrzyk, the Office head, and his deputy Anna Szeląg summarized Polish experiences in recovering the remains of victims of totalitarian regimes, and highlited both the reasons behind the Office establishment and its ongoing projects. The IPN experts outlined all stages of the search process, field excavation problems and DNA identification benefits, introduced their tools - such as the genetic material database and the CODIS system - and concluded the presentation with a brief overview of procedures of releasing the information to the public. In recognition of Krzysztof Szwagrzyk’s contribution to preserving the memory of the victims, the Albanian visitors presented the deputy president with a statuette of Mother Teresa of Calcutta and a joint photograph of John Paul II and Mother Tesesa. As soon as the workshops at the History Point came to an end, the delegation were taken to Lot "Ł" in the Powązki Military Cemetery, where the Deputy President told them about the excavations in that particular spot and the results they produced.

The aforementioned "History Point" Janusz Kurtyka Educational center was also where the visitors met with prosecutor Robert Janicki of the Chief Commission for the Prosecution of Crimes against the Polish Nation, who familiarized them with the structure and operation of the Institute’s investigative division. He presented the instruments used in investigations, described the way witness testimonies contribute to search and identification of victims, explained why the police help secure the excavation sites, and stressed the crucial the role of forensic experts. Prosecutor Janicki went on to give examples of successful investigations, listed the ones that were discontinued (giving reasons why they stalled), and mentioned the recent IPN Act amendment of July 2020, which ruled out limitation of communist crimes.

The Albanian delegates also visited the Institute’s Archive, where they were welcomed by its Director Marzena Kruk. Moreover, the guests were familiarized with the data on the archival resources, the procedures of their collecting, preserving, digitizing and making them available. They were particularly interested in that last aspect: they inquired about the rules of granting access to the files to researchers, journalists and private persons, willing to know, for instance, the legal solutions regulating the anonymization of documents or limitations in providing access to specific categories of files. The Albanians also visited the workshops of preservation and digitalization of documents and the military storehouse.

Przemysław Gasztold, Ph.D, from the Historical Research Office of the Institute of National Remembrance delivered a lecture on the Polish-Albanian relations during the Cold War. He presented some documents from the Archive related to the subject, and screened footage taken over by the IPN from the former security service, as a proof of constant surveillance of Albanian diplomats in communist Poland.

Next, the visitors went to the Warsaw’s Museum of Cursed Soldiers and Political Prisoners which has its seat at the former Mokotów prison at Rakowiecka Street. Its employees showed the delegation around the Pavilion X and its surroundings, outlining the history of the facility and the fate of some of those imprisoned, while Kamila Sachnowska from the IPN presented the Albanian guests with the IPN exhibition that feature artifacts excavated from anonymous graves of the victims of the communist system, imprisoned and executed at Rakowiecka Street, and showed them around the sites of archaeological works in the area.

The delegation also visited the “8 Strzelecka Street” Memorial Chamber, dedicated to the prisoners of the former detention center of the Provincial Office of Public Security in Warsaw. The guests were acquainted with the history of the former NKVD headquarters in Poland and the Security Service detention center. They saw the inscriptions on the walls testifying to the detention, brutal interrogation and murder of the soldiers of the Polish anti-communist underground in the basement of the building, and other traces of the suffering of the victims of the communist regime. They were also shown the IPN exhibition "Red Map of Warsaw", devoted to communist repression in the capital of Poland.

Given the similarities between experiences of two nations – Polish and Albanian, both sides are open to further cooperation in the field of search and identification, legal solutions, as well as exchange of documentation, results of scientific research and educational projects.