The commemoration of Michał Kruk and Maria Grzegorzewska for their efforts in helping Jews − Przemyśl, 15 October 2021

On 15 October 1941, the German Governor-General, Hans Frank, issued a Decree on the death penalty for Jews leaving their designated residential districts and for people who aid them. 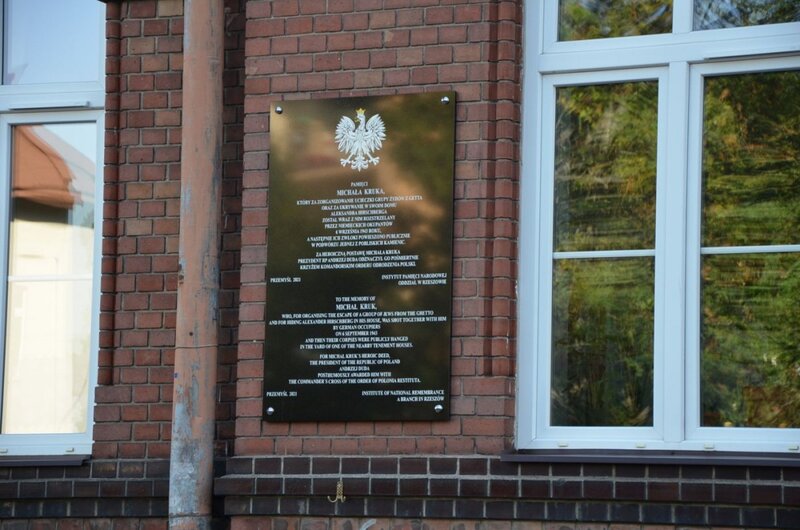 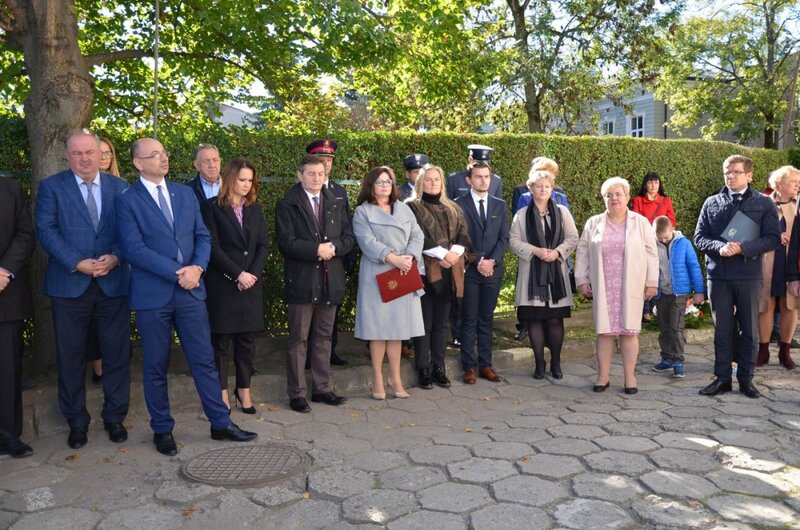 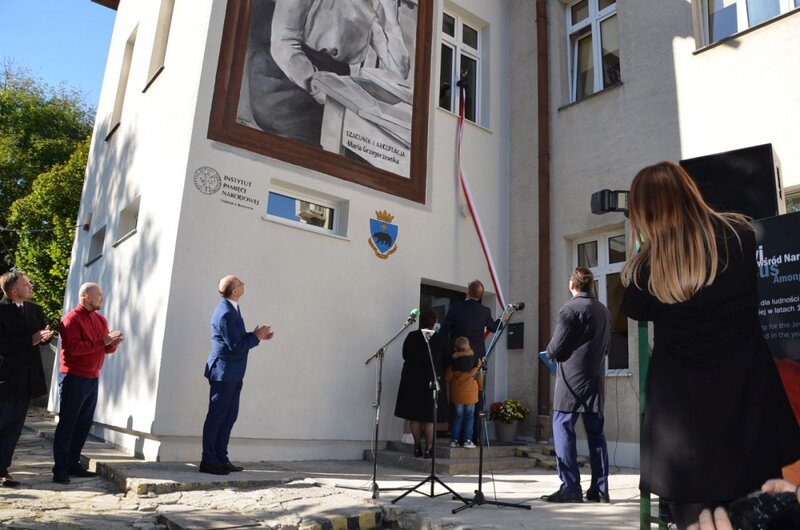 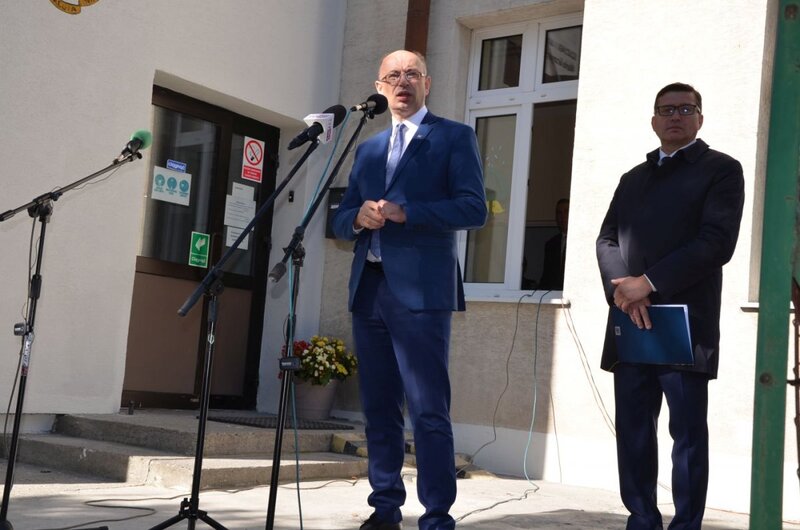 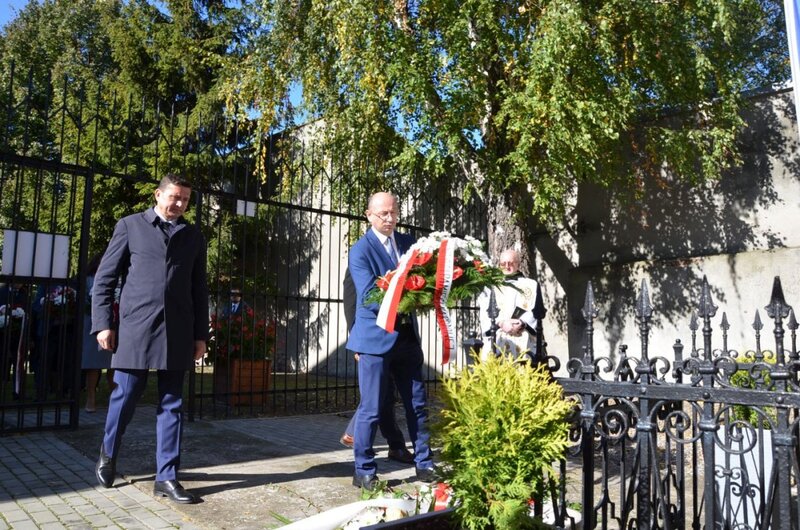 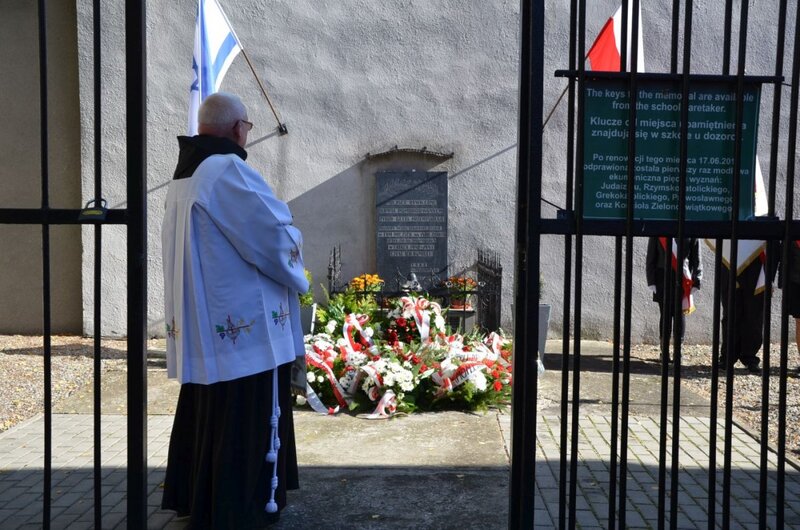 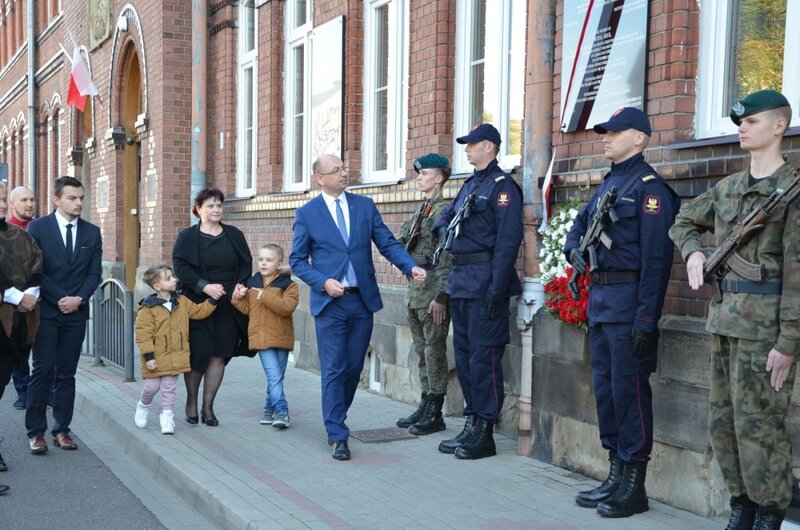 15 October marks the 80th anniversary of the German Governor-General, Hans Frank, issuing a Decree on the death penalty for Jews who leave their designated residential districts and for people who consciously help them. This punishment was mainly inflicted on Poles under German occupation. It is estimated that about 900 people lost their lives as a result of their actions aimed at helping Jews. Nonetheless, many people aided Jews in need. Michał Kruk was shot and hanged in public in Przemyśl on 6 September 1943, as a punishment for helping Jews. This was probably one of the first individual, public executions of a person who had helped Jews during the German occupation.

The Deputy President of the Institute of National Remembrance, Mateusz Szpytma, Ph.D. is going to take part in the ceremony of unveiling a plaque commemorating Michał Kruk murdered by the German occupiers for helping Jews.The event is going to take place on 15 October 2021 at 12.00 in Przemyśl (14 Kopernika Street).

Prior to the ceremony, at 11:15 a.m. flowers will be laid by the Deputy President of the Institute of National Remembrance, Mateusz Szpytma at the grave of Archbishop. Ignacy Tokarczuk in the crypt of the Archcathedral Basilica in Przemyśl.

The ceremony of unveiling the plaque dedicated to Michał Kruk will start at 12:00 at the building of the Educational Center for Students with Special Needs in Przemyśl. A mural commemorating Maria Grzegorzewska, the patron of the School and Educational Center will also be unveiled.

A press briefing with the participation of the Deputy President of the IPN, Mateusz Szpytma, Ph.D., will be held after the ceremony, at 1:30 p.m.

Honoring those who have dedicated their lives to saving others is our duty and an expression of gratitude for their efforts."Whoever saves one life saves the world entire”

The organizers of the ceremony are: the Institute of National Remembrance, Rzeszów Branch and the Maria Grzegorzewska Educational Center for Students with Special Needs in Przemyśl.

During the German occupation of Poland Michał Kruk was a retired railway worker living in a house at 36 Kopernika Street in Przemyśl. The street bordered on the ghetto, which was systematically decreasing in size as a result of diseases, numerous executions and deportations of Jews to extermination camps. Michał Kruk helped maintain contacts between the Jews from the ghetto and Poles. He organized the escape of a large group of Jews to the Banasiewicz family living in Orzechowce, a few kilometres away from Przemyśl. He also provided help to Alexander Hirschberg, a member of the Jewish Labour Bund. On 4 September 1943 the Germans, under the command of SS-Hauptsturmführer Josef Schwamberger, entered Kruk’s flat. They conducted a search of Kruk’s flat and the flat of his nephew Teodor Cais looking for Jewish property. Then they arrested Michał Kruk. Two days later Kruk and Hirschberg were shot on Kopernika Street. Their bodies were hanged publicly in order to intimidate the inhabitants of Przemyśl. The burial place of Michał Kruk is unknown. Michał Kruk received the Commander’s Cross of the Order of Polonia Restituta.

Maria Grzegorzewska was an outstanding Polish psychologist and pedagogue, a professor and expert in both fields. During the war she was a member of the Polish underground, distributing weapons and conducting teaching studies. Prof. Grzegorzewska helped persecuted Jews. She was an outstanding scholar and activist, a talented teacher, and at the same time an exceptional woman, steadfast in her convictions, full of kindness and goodwill towards people, providing help to those who needed her most. Her character shone through in 1939, during the German occupation of Poland, when she saved many Jews' lives and also during the Warsaw Uprising, when she aided the wounded as a nurse.