81 years after the establishment of the Peasants’ Battalions, the second-largest resistance force in German-occupied Poland, anniversary celebrations took place at the Powązki Military Cemetery and the Warsaw monument to that formation and the Peasant Union of Women. 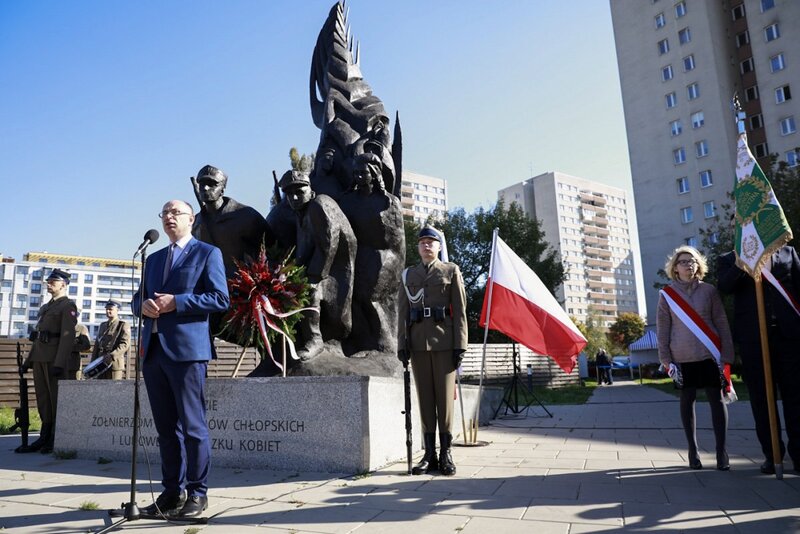 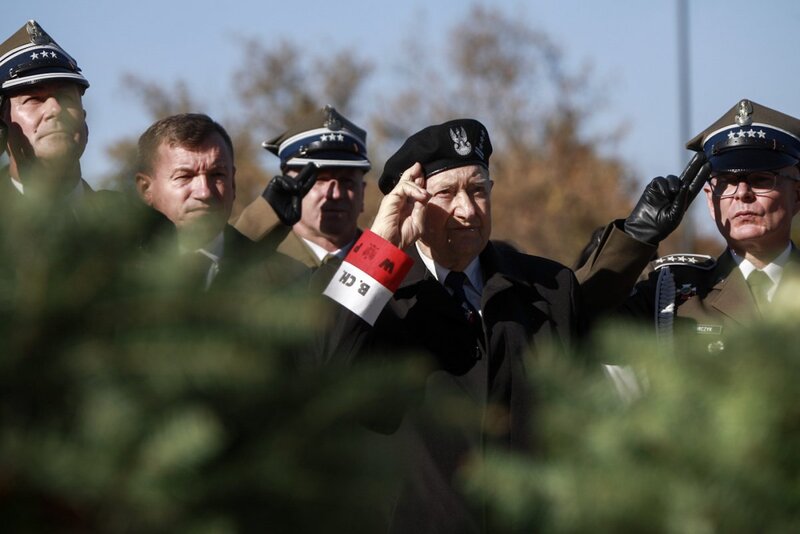 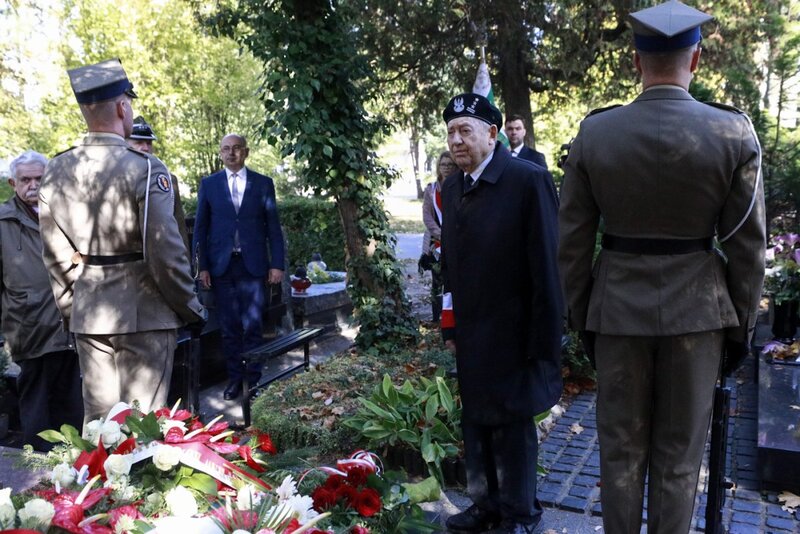 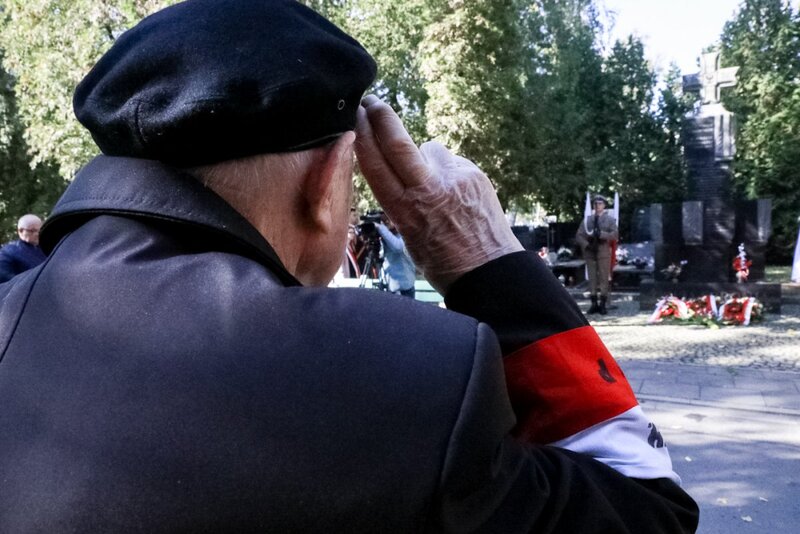 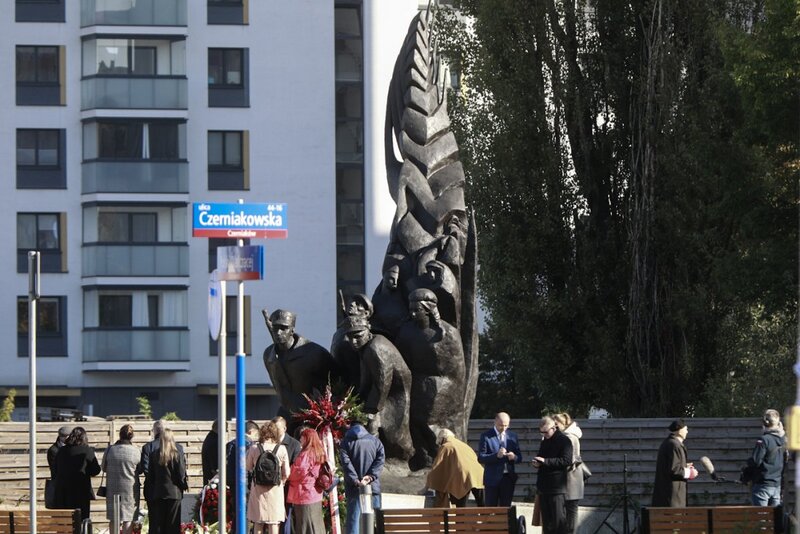 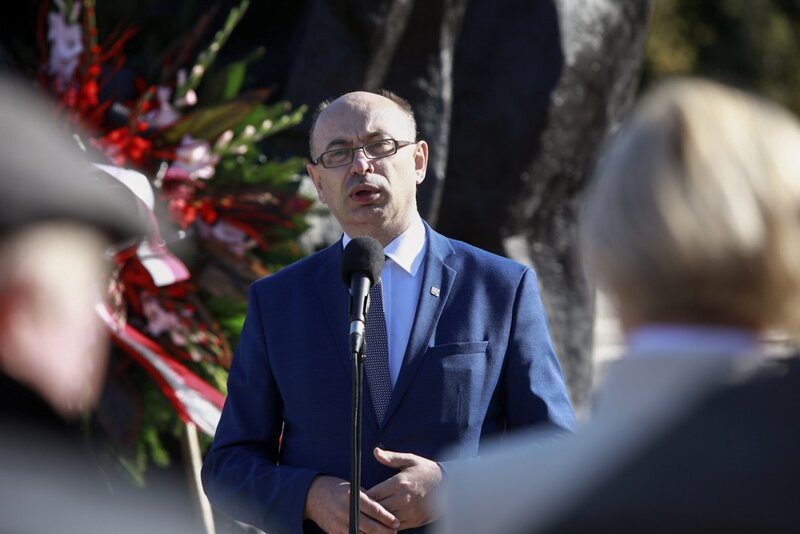 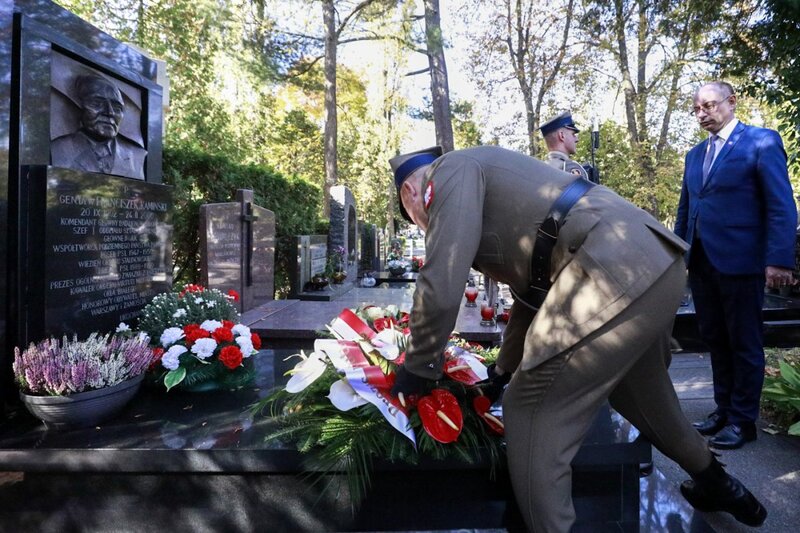 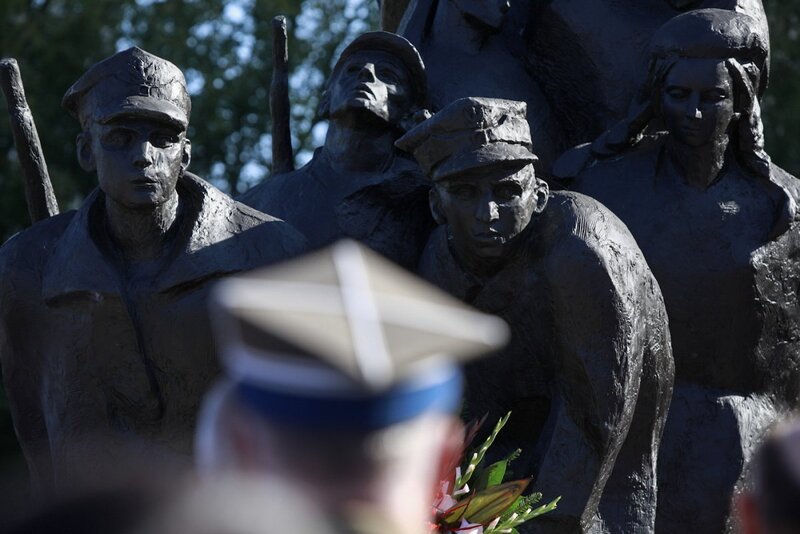 Wreaths laid at the Warsaw monument to that second-largest resistance force in occupied Poland during the Second World War and the Peasant Union of Women honored all members of both underground organizations. On 8 October, representatives of the Union of Peasants’ Battalions Soldiers and the Office for Veterans and Victims of Oppression also laid flowers on General Franciszek Kamiński’s grave and the “Glory to Peasants’ Battalions” Monument at the Powązki Military Cemetery in Warsaw. The Institute was represented by Mateusz Szpytma.

Honoring the Home Army, that large underground force, we hardly ever wonder what made it so large. The principal reasons were broad participation of the rural community and the Peasants’ Battalions integration with the Home Army.

The Peasants’ Battalions was a Polish World War II resistance movement which became one of the pillars of the Polish Underground State. The armed forces of the peasants’ movement were established in August 1940. The name ‘Peasant Battalions’ was not formally adopted until 1944. The battalions were the second-strongest, after the Home Army, military force in occupied Poland. Some 170,000 soldiers engaged in the fight, carrying out around 3,000 various types of combat operations. The most important include the battles against the German forces pacifying the Zamość region in the years of 1942–1943, especially the clashes at Wojda and Zaboreczno, and fights in defence of the so-called Republic of Pińczów. The battalions also conducted their activities in the Eastern Borderlands, under Soviet and German occupation. When the communists seized power in the country, many soldiers of this formation were persecuted. In the Stalinist period the Peasants’ Battalions were doomed to oblivion.

The Peasants’ Battalions’ Day is celebrated on 8 October, on the anniversary of the day of the 1940 appointment of Franciszek Kamiński, alias Zenon Trawiński, to the position of the Commander of a newly established military organisation of the peasants’ movement. In 1950, he was imprisoned by the communists on false charges of particularly dangerous crimes in the post-war reconstruction period. After 1989, he was promoted to the rank of Major General of the Polish Army and awarded the Order of the White Eagle.