The opening of the #StolenMemory exhibition - Bydgoszcz, 3 September 2021

The event held at the seat of the IPN's sub-branch i Bydgoszcz was attended by the President of the Institute of National Remembrance, Karol Nawrocki, Ph.D., the Director of the Arolsen Archives, Floriane Azoulay and the Head of the #StolenMemory project, Anna Meier-Osiński. 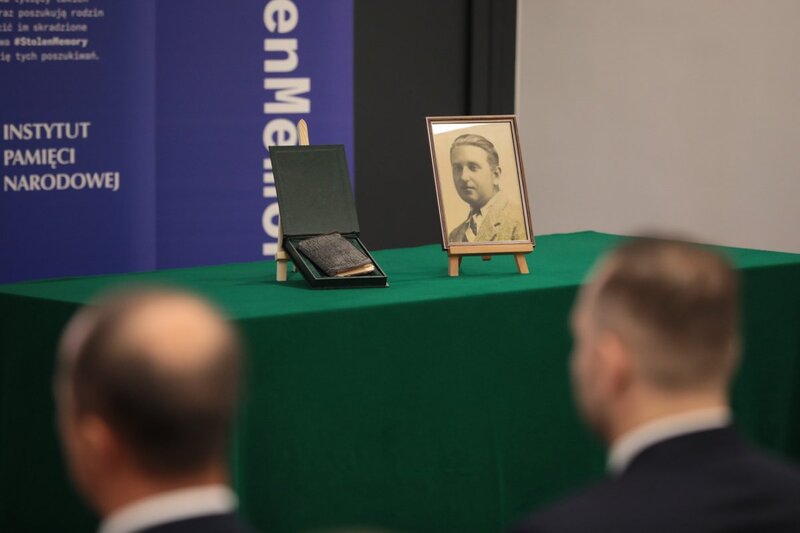 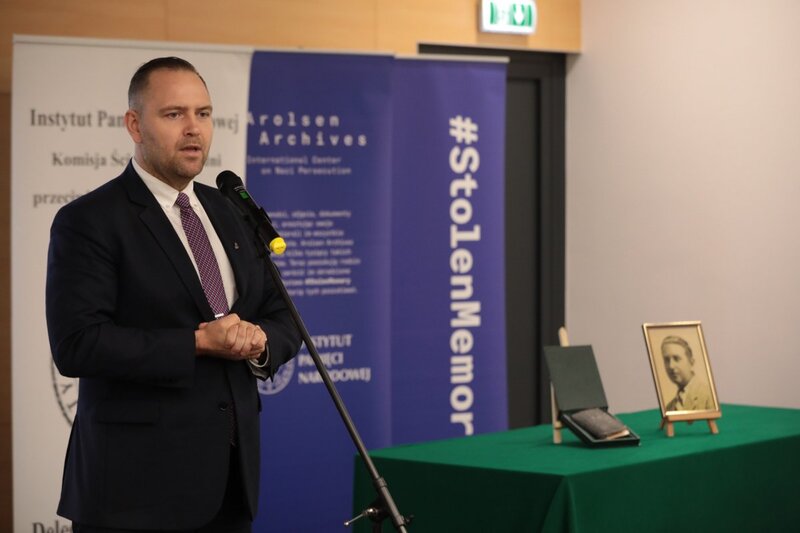 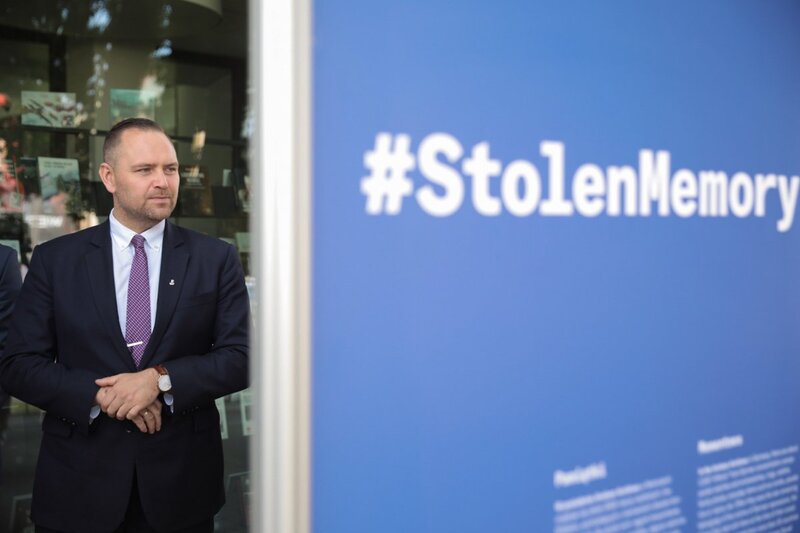 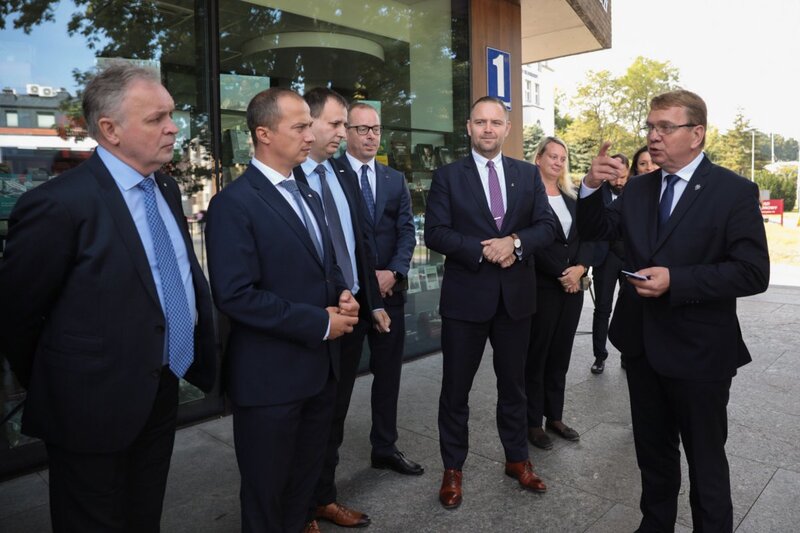 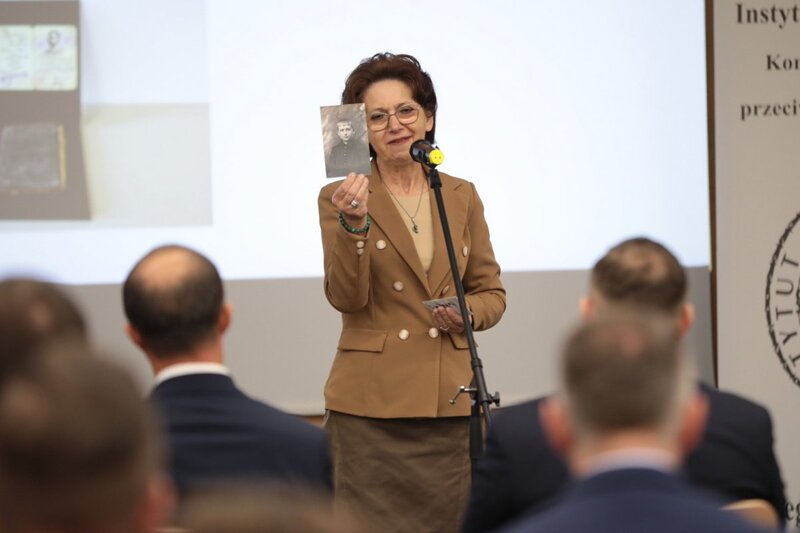 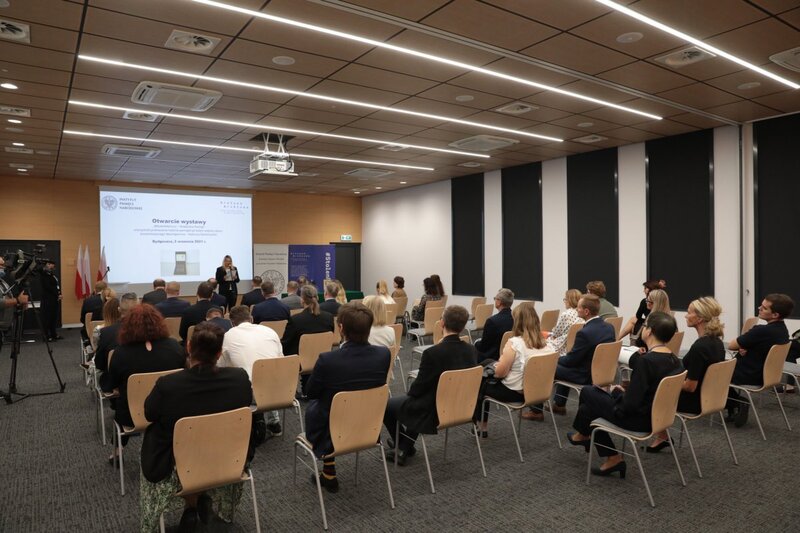 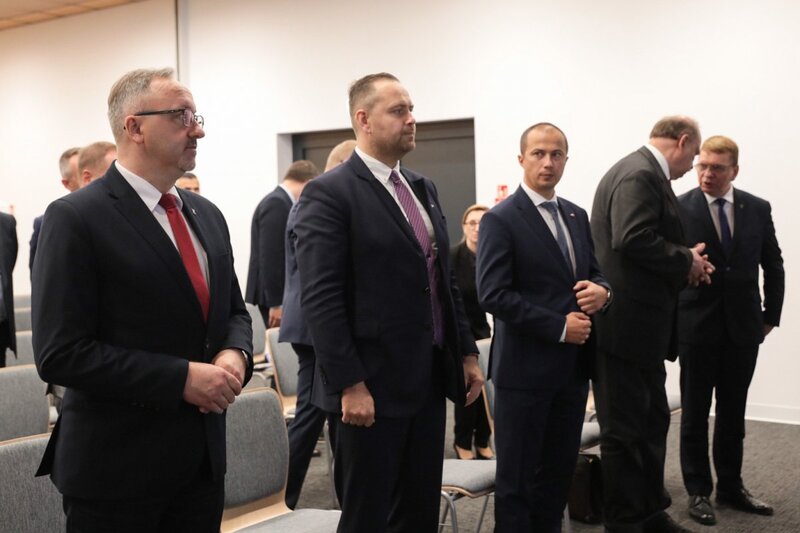 During the opening of the #Stolen Memory exhibition in Bydgoszcz, the IPN’s President emphasized that 1 September 1939 would not have happened if it had not been for the co-operation of two criminal totalitarianisms. The German totalitarian system was inherently barbaric, contradicting the ideals of Christianity and everything built on it. There is still no complete agreement between the nation of perpetrators and the nation of victims, which is why the process of transitional justice has not been finally completed.

President Karol Nawrocki appreciated the activities of the Arolsen Archive, which looks after the legacy of the Third Reich. The saved archival materials and personal effects constitute an indispensable element in the settlement of the painful history and restoring justice.

#StolenMemory is a campaign organized by the Arolsen Archives in Bad Arolsen and supported by the Institute of National Remembrance.

The #StolenMemory exhibition by the Arolsen Archives includes 12 display panels presenting the fate and personal effects of 13 concentration camp prisoners whose relatives are still being searched for. There are also biographies of three prisoners whose items were returned to their families, and information posters presenting the essence of the project and important events from World War II.

The exhibition will be presented from 3-19 September 2021 in front of the seat of the IPN’s sub-branch in Bydgoszcz (1 Wincentyny Teskowej Street) and from 20 September to 3 October in front of the Kujawsko-Pomorskie Voivodship Office (3 Jagiellońska Street).

The opening of the exhibition was accompanied by a ceremonial handing over of personal effects belonging to Tadeusz Markowski, a former prisoner of the Neuengamme concentration camp, to his relatives.

Tadeusz Markowski was born on 10 April 1914 in Aleksandrów Kujawski. He was the son of Wilhelm and Antonina Markowski. Tadeusz's parents ran a pharmacy in Aleksandrów Kujawski. Before the war, it was very well-known throughout the region. His father was also a social activist, the founder of the Craft School and the President of the Circle of Friends of Scouting. His mother, who came from the well-known Korotyński family of writers, was a teacher by profession. They had five children: twins Jan and Marek (who died when they were about 1 year old), Maria, Tadeusz and Stanisław. Tadeusz's sister Maria Danilewicz Zielińska became an outstanding writer, literary critic, librarian, and was active in exile after the war.

After the outbreak of World War II, Tadeusz Markowski was forcibly resettled to the General Government. He worked as a driver and provided financial support to his mother Antonina. On 10 October 1944, the German security police arrested him and sent him to the Neuengamme concentration camp, where he was given prisoner number 55048. The circumstances of his arrest are unknown. He survived in the camp for just over two months. Tadeusz Markowski died on 29 December 1944, the camp administration reporting "Enterokolitis" (enteritis) as the cause of death. His symbolic grave is located at the cemetery in Aleksandrów Kujawski.