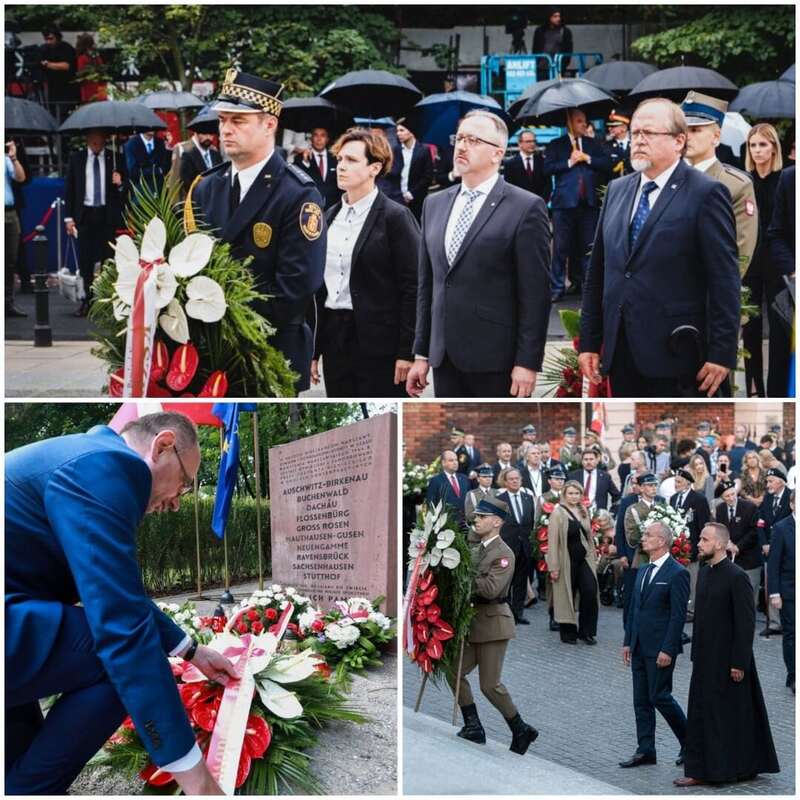 Commemoration of the Warsaw Uprising began on 29 July with laying the cornerstone for the Memorial Hall at the Warsaw Insurgents Cemetery. The IPN was represented by Mateusz Szpytma. At the "W" Hour on 1 August, the IPN’s Deputy President laid flowers at the "Grey Ranks" momument and a memorial to Warsaw residents deported to concentration camps and murdered there. He also accompanied President Karol Nawrocki at the mound in the Wola Warsaw Insurgents Cemetery, where ashes of over 50,000 murdered Warsaw residents were collected.

On the eve of the Uprising outbreak anniversary, the IPN’s Deputy President Krzysztof Szwagrzyk took part in the commemorative ceremony in the Krasiński Square, and the next day, paid tribute to the defenders of Warsaw power plant.

On 1 August, Deputy President Karol Polejowski, Deputy Head of the President’s office Adrianna Garnik, and Head of the IPN’s Office for Commemoration of Struggle and Martyrdom Adam Siwek laid flowers at the Monument to the Polish Underground State and Home Army. Mr. Polejowski also laid flowers on the grave of general Antoni Chruściel, CO of the Warsaw Insurgents.