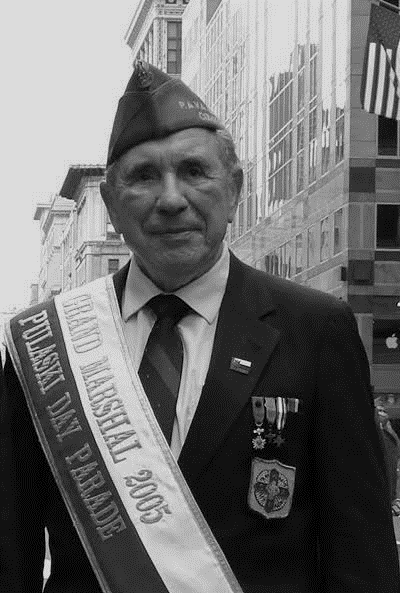 This Friday and Saturday, New York’s Greenpoint will see the wake and funeral mass for Major Antoni Chrościelewski, the last Polish veteran of the Battle of Monte Cassino and Commander of the Polish Army Veterans Association’s (SWAP) 2nd District, who passed away on 1 April. On Sunday, Maj. Chrościelewski will be laid to rest in Doylestown, Pennsylvania, at the largest Polish graveyard in the USA, known as "American Częstochowa".

The Institute of National Remembrance is deeply saddened by the death of his true patriot, tireless custodian of the memory of the 2nd Corps, and supporter of the Polish Army veterans in America.

Major Antoni Chrościelewski, Siberian deportee, soldier of the 2nd Polish Corps of General Władysław Anders and hero of the Battle of Monte Casino was born on 4 September 1924.

In 1940, together with his family, Antoni was deported to Siberia. Soon, however, he managed to escape and joined the Polish Army. The Soviet Union, Iraq, Lebanon, Palestine, Italy – these are just some of the countries that his long heroic path led through. After the war, he headed to England, and finally to the United States.

Chrościelewski became one of the most important figures among the Polish Community in America.He served as the President of the Polish National House in Greenpoint (Brooklyn) for many years. In 2005, he was the Marshal of the Pulaski Parade. Chrościelewski came back to Monte Cassino in 2014 to help commemorate the WW2 battle. He established the information center-museum at the Polish Cemetery and the Władysław Anders monument in the town of Cassino, to promote a closer Polish-Italian friendship. This great Polish patriot and social activist spent years promoting Polish heritage, organizations and people.

For his exceptional service to the Polish Community in the United States, Poland and worldwide, he was honored with the Commander's Cross with the Star of the Order of Polonia Restituta. The decoration was awarded to him by the President of Poland Andrzej Duda in 2020.