Janusz Kurtyka Street on the map of Warsaw

On the IPN’s initiative, the Warsaw street where the Institute is headquartered is to be named after Janusz Kurtyka, one of its Presidents. 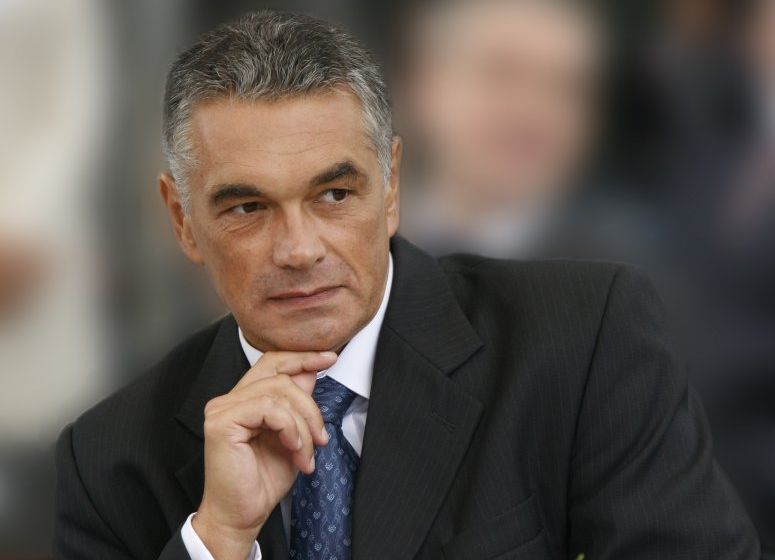 The City Council’s resolution officially changed the name of the street in the Mokotów borough from Postępu to Janusz Kurtyka, honouring that anti-communist opposition member, renowned historian, and President of the Institute of National Remembrance in the years 2005-2010. In that last role Janusz Kurtyka greatly contributed to preserving the memory of Poland’s national heroes, especially the Warsaw Uprising participants; however, it is his academic work and oppositionist record that make him stand out from the historians of his generation.

The future President of the Institute was born on 13 August 1960 in Cracow. He was a graduate of the History-and-Philosophy Faculty of the Jagiellonian University. He completed his doctoral studies at the History Institute of the Polish Academy of Sciences, where in 1995 he defended a thesis in the humanities. In 2000, he received his doctoral habilitation.

Since 1979, he had been active in the democratic opposition in Cracow - co-founding the Independent Students Association (NZS) at the Jagiellonian University’s History Institute - and on the NZS JU founding committee. He was a scholar employed at the History Institute of the Polish Academy of Sciences (from 1985) and a member of its Scholarly Council in the years 1999‒2002 and 2003‒2006. Between 1989 and 2000, he was the Chairman of the “Solidarity” Trade Union of the Cracovian History Institute of the Polish Academy of Sciences, and in the years 2000‒2005, organised and ran the Cracow branch of the Institute of National Remembrance (IPN).

Janusz Kurtyka gained professional prominence as the author of more than 140 publications on the mediaeval and early-modern history of Poland, as well as on the history of Polish anti-communist resistance after 1944. He co-authored numerous other texts.

Since 1994, he was the chief editor of the ‘Freedom and Independence Historical Notebooks’, the co-author of ‘The Historical and Geographical Dictionary of the Cracow Province in the Middle Ages’ and ‘The Polish Biographical Dictionary’. He chaired the Editorial Committee of the ‘Conspiracy and Social Resistance in Poland: 1944-1956’. A Biographical Dictionary’ series. He was a member of the editorial board of the Institute of National Remembrance’s scholarly journal ‘The Apparatus of Repression in the Polish People's Republic: 1944-1989’. Janusz Kurtyka was also a member of such organisations as the Polish Historical Society, the Society of Friends of Science in Przemyśl and the Polish Heraldic Society.

On 9 December 2005, the Sejm of the Republic of Poland elected Professor Janusz Kurtyka as the President of the Institute of National Remembrance.

Prof. Janusz Kurtyka was the winner of the second prize in the Klemens Szaniawski Competition (1998), and a recipient of the Adam Heymowski Prize (1996) the Joachim Lelewel Prize (2000) and the Jerzy Łojek Prize (2001). In 2009 President Lech Kaczyński awarded him with the Commander's Cross with Star of the Order of Merit of the Republic of Poland. In 2010, Janusz Kurtyka was posthumously awarded the IPN’s Custodian of National Memory Prize.

He died tragically on 10 April 2010 in a crash of the presidential plane in Smolensk, on his way to a ceremony commemorating the 70th anniversary of the Katyn Massacre.