It is only natural to recall the lost relatives and friends, ordinary people like ourselves, in the first place, but many of us also remember well-known figures of the public life whom we respected, cherished, or admired. A number of state institutions, including the Institute of National Remembrance, commemorate both groups – ordinary citizens and prominent leaders – as they are equally part of the nation’s history, and hope to draw attention and channel the collective memory into honouring people who have passed from the present but are present in the past.

The Institute’s historians and prosecutors uncover the truth and dig out facts, the Office of Search and Identification locates the burial sites - both drawing on the vast resources preserved in the IPN's Archive - but it is the job of the Office for Commemorating the Struggle and Martyrdom to mark and tend to the graves of fighters and victims, erect monuments and install plaques. However, it is our job to bring flowers or light candles at these memorial sites and think back to the times when these people were either building and serving their country, or dying and fighting for it. 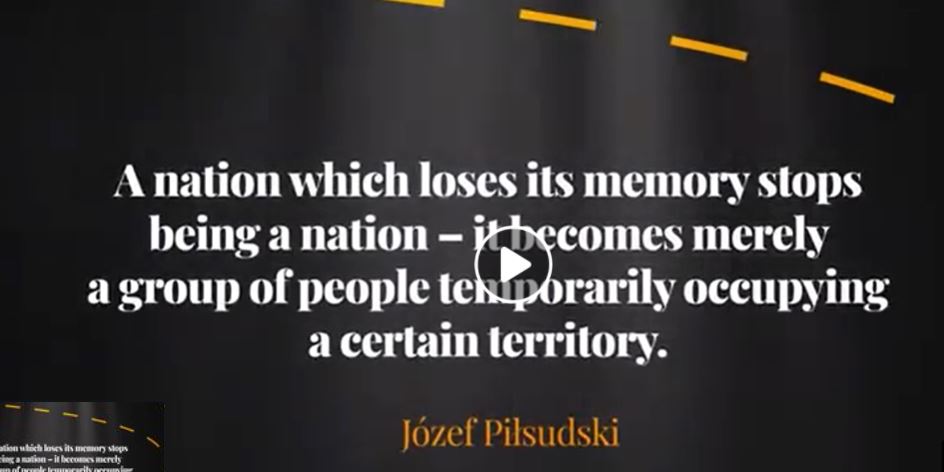 A hero like Witold Pilecki and a nameless victim of German occupation, a father of our independence Józef Piłsudski and a Polish Army private killed at Zadwórze, a scientist making a breakthrough discovery and a factory worker throwing a stone at a communist tank equally deserve being remembered. They have all contributed to what we are today as a nation, investing or sacrificing their blood, efforts, talents, property, or, at the very least, time. All the institutions commemorating these people do their job so that we could do ours: pay respects to people who are gone.