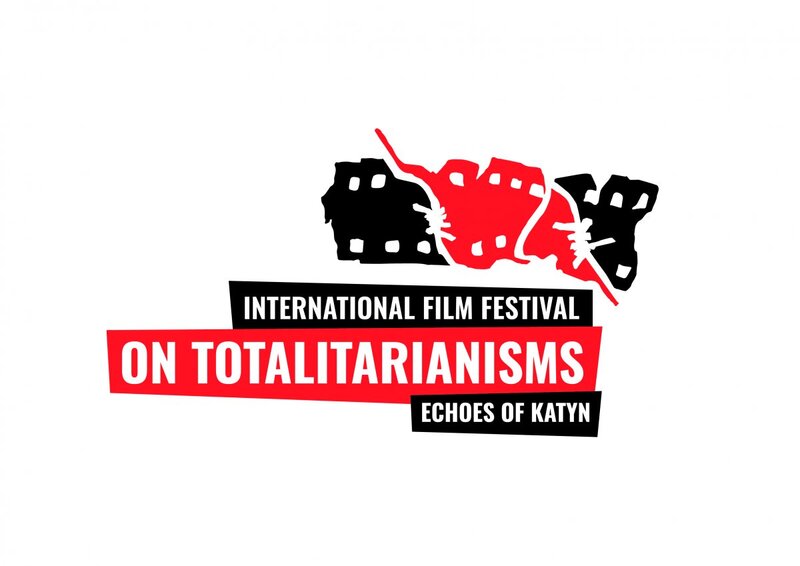 In March 1940, Soviet authorities decided to murder thousands of Polish citizens - officers, soldiers, clerks and priests. The NKVD began executions in the Katyn forest the following month. For years, the truth about the Katyn Massacre was falsified by both the authorities of the USSR and the Polish People’s Republic. Western governments silenced the subject. State institutions made sure that information about the Soviet crime would not appear in public media. The truth about what happened in 1940 was passed on through family members, informal groups, in works published abroad, or in the form of underground publications. Censors paid particular attention to ensuring that the truth about the Katyn Massacre should not appear in films.

2020 marks the 80th anniversary of the Katyn Massacre. Therefore, the Institute of National Remembrance has decided to inaugurate the international film festival “Echoes of  Katyn”, the subject of which will cover the broadly understood issue of totalitarianism. The symbolic ‘Katyn’ is an occasion to remind the public about the criminal totalitarian systems of the 20th century.

We would like to invite filmmakers of various film genres from all over the world to participate in the festival. Our idea is to create a space in which we will be able to look into and discuss issues related to numerous aspects of the functioning of totalitarian systems. For us, the Katyn Massacre is to be treated as a starting point to a discussion, to a holistic, international view of the problem of totalitarianism - a problem which has not only affected the lives of millions of people throughout history but is also valid today.

In addition to film screenings, thematic meetings with directors, producers, historians and people of culture and art will be an important element of the Festival. They will undoubtedly become an important supplement to the content of the presented films.

Please accept our invitation to the "Echoes of Katyn" International Film Festival on totalitarianisms.

The International Film Festival on Totalitarianisms "Echoes of Katyn", organized by the Institute of National Remembrance, is being held at the Muranów Cinema in Warsaw on 22- 25 October 2020.

The Katyn Massacre is going to be the starting point for further reflections on totalitarianism in general. This theme will accompany the entire festival - said Adam Hlebowicz, Director of the IPN’s National Education Office.

The selection of films was an incredibly difficult task. We decided to hire a professional company dealing with such searches for films to help us. We were not looking simply for war movies, movies presenting such topics as violence or dictatorships. The chosen productions are a lot more than that, they are films and documentaries dealing with the subject of the ideology behind totalitarianisms. We have been able to find films awarded at various festivals, films produced both in the Baltic States (Latvia, Estonia), as well as in Romania and Germany. Totalitarianism has always been of interest to cinematography. We can refer, for example, to such films as The Birth of the Nation (about the Civil War) or the 1940 production The Great Dictator starring Charlie Chaplin. There were many such films and they have often received awards - Hlebowicz told journalists during the press conference.

Each of the films presented during the festival tells a different story, portrays a different country and a different society. The productions are often retrospections on totalitarianisms – tackling the question of how today’s society is dealing with this difficult heritage. The Women of the Gulag, for example, is a collection of exceptional interviews with women who survived Stalin's repressions in the 1930s and found themselves in the most diverse and remote corners of the former Soviet Union.
Today, these women are over eighty years old, and it was very important for each of them to tell their own tragic story from a contemporary perspective. A Romanian film about settlements with the totalitarian past of two regimes (Nazism and Communism) – focuses on how modern society is grappling with this subject and how much history influences our present-day  perception of reality.

In turn, the film Polmission directed by Jacek Papis and co-produced by the IPN, refers to the topic of Poles saving Jews. It is a continuation of  Passports to Paraguay directed by Robert Kaczmarek, which  has been screened in 21 countries around the world. Passports to Paraguay portrayed how a group of Polish diplomats acted to save Jews during the Holocaust. From the movie Polmission we will find out how extensive their actions really were – they helped to save at least several thousand Jews. We keep discovering new pieces of this puzzle. These activities were not limited to Polish diplomats in Bern, Ładoś and his associates, but also involved the Polish Government-in-Exile. This seems shocking. The Polish authorities, driven out of their country by both occupiers, nontheless decided to undertake actions aimed at saving Polish citizens of Jewish origin. It is an important document showing these unknown pages of Polish history.

Another film co-produced by the Institute of National Remembrance is The March of Shadows. It tells the story of a group of reenactors who play the roles of specific officers murdered in the Katyn forest in 1940.
The festival was opened by a film from the "20-40-20" exhibition, which will be on display at the IPN’s “History Point” Educational Center until 14 November 2020.
The first feature-length film at the festival will be the Estonian film Little Comrade (directed by Moonika Siimets) depicting the events and trauma of totalitarianism from the perspective of a child.

Statuettes for best film, the Audience Award and lifetime achievement award statuettes will be presented during the festival. We hope that the International Film Festival on Totalitarianisms "Echoes of Katyn" will continue to expand and will be enriched with new film productions - said Adam Hlebowicz.

During the festival, 10 competition films and 4 non-competition films will be screened, including two premieres of films made in co-production with the Institute of National Remembrance. In addition to film screenings, thematic meetings with directors, producers, historians and people of culture and art will constitute important elements of the festival.

The world is full of ideas which could potentially evolve into TOTALITARIANISMS.
We are often not aware of the scale of this phenomenon. Totalitarianism ought to be viewed not only as a social system, but more importantly, as the fate of ordinary people. People like us.
Totalitarianism has undoubtedly left its mark on Poland’s history - Hitler, Stalin, the communist system - it is associated with victims and human tragedies. We would, therefore, like to create a space in which we will be able to look into and discuss issues related to numerous aspects of the functioning of totalitarian systems and, by means of the presented film productions,  raise awareness of the mechanisms of  violence and discrimination omnipresent in totalitarian rule.