"The Image of Treblinka in the Eyes of Samuel Willenberg" exhibition, organized by the IPN as part of the commemoration of the International Holocaust Remembrance Day, will be presented at the Institute’s Lublin Branch (2 Wodopojna Street) from 16 June to 10 July 2020. The exhibition of sculptures portraying the author's personal experiences as both a prisoner and participant of the revolt in the Treblinka German death camp is accompanied by the screening of the "Treblinka’s Last Witness" documentary film produced by WLRN. Due to the epidemic situation in Poland, the exhibition may be viewed by five people at a time. Organized groups are requested to make appointments at : + 48 81 53 63 458.

The official opening of the exhibition, depicting the hell on earth which the inmates had to go through in Treblinka, and their everyday lives ruled by the omnipresent and inevitable death, took place on 28 January 2020 at the Institute’s ‘History Point’ Educational Center in Warsaw.
The Artist has, for instance, captured a scene in which a father is unlacing his son’s shoes. From the film, the viewers will find out that, in a German death camp, this activity would normally be followed by tying the shoes together with string and throwing them on a huge pile of similar shoes and that, moments later, their owners would be herded to their death in gas chambers.
Another shocking memory, artistically depicted by Willenberg in a sculpture, is the figure of a young, beautiful girl, her head half shaved, who is aware of what awaits her.  She is full of fear, but also regret and seems to be saying goodbye to the world. Other sculptures include a prisoner collecting bottles, or an inmate sorting the belongings of those who had already been gassed. The largest and most intricate sculpture is a scene depicting the prisoners' rebellion. The dynamic and detailed form provides insight into the realm of this desperate fight. 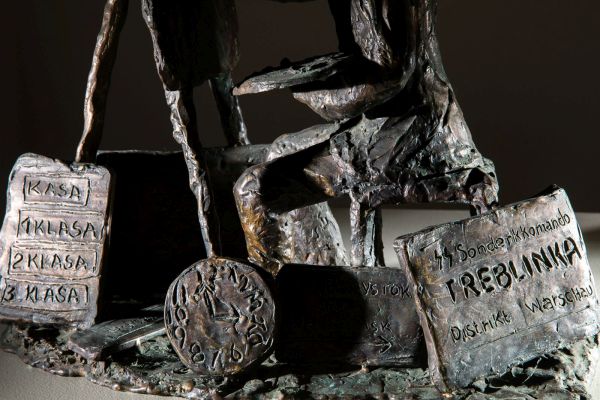 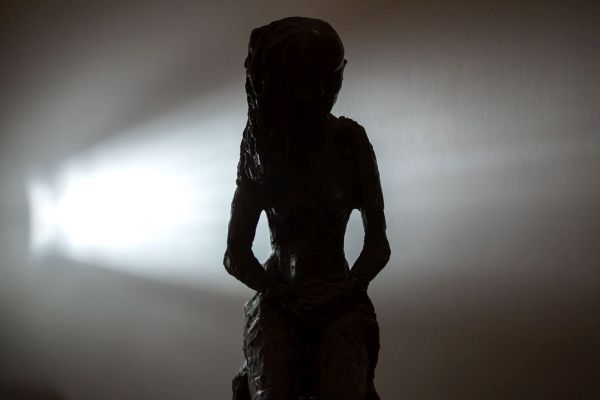 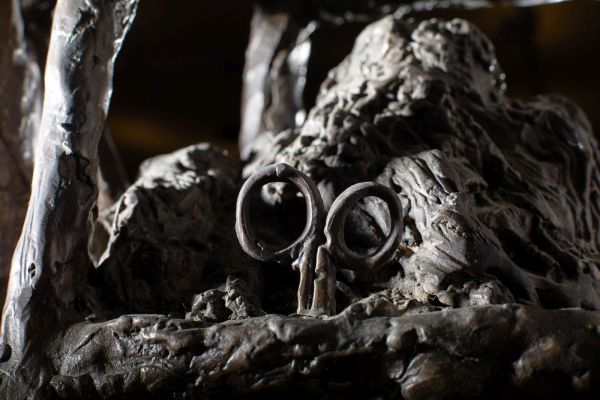 It was thanks to the kindness of the widow of the Artist, Ada Krystyna Willenberg  that the Institute of National Remembrance was able to bring the exhibits from Israel and present them throughout Poland. During the opening of the exhibition in Warsaw, she talked about the emotions which accompanied her husband, both in Treblinka, and later when he was making the sculptures. She also told the gathered guests the individual stories associated with the people and scenes presented by Willenberg. During her short stay in Poland, continuing her late husband’s mission, Ada Krystyna Willenberg  also took part in workshops with young people. The participants of the workshops listened to her with great interest and were clearly moved by the stories of unimaginable violence, pain and cruelty, but also full of sacrifices and heroic deeds.
Unfortunately, due to the Covid 19 pandemic, the Institute was unable to transport and present the exhibition in other Polish cities according to schedule. Wanting to give as many people as possible the opportunity of familiarizing themselves with Willenberg’s unique artwork, the IPN created a virtual tour of the exhibition. As the restrictions of the sanitary regime have been loosened, the exhibition was taken to the IPN’s Lublin Branch, and will later be visiting Gdańsk, Cracow, Częstochowa, Kielce, and returning to the capital at the end of the year.
The virtual tour can be seen at :

Throughout his whole life, Samuel Willenberg gave testimony to what he had experienced and seen during the war. He fulfilled his mission by creating magnificent, touching sculptures and drawings of the camp. He and his wife cherished the memory of the victims of the Holocaust, passing on the knowledge of the atrocities of the war to the young generation by, among others, bringing Israeli youth to Poland and showing them the former execution sites. Samuel Willenberg regularly visited Treblinka, which today, sanctified by the blood of so many, is filled with the gentle whisper of the wind in the trees, bearing witnesses to the hell of those days.