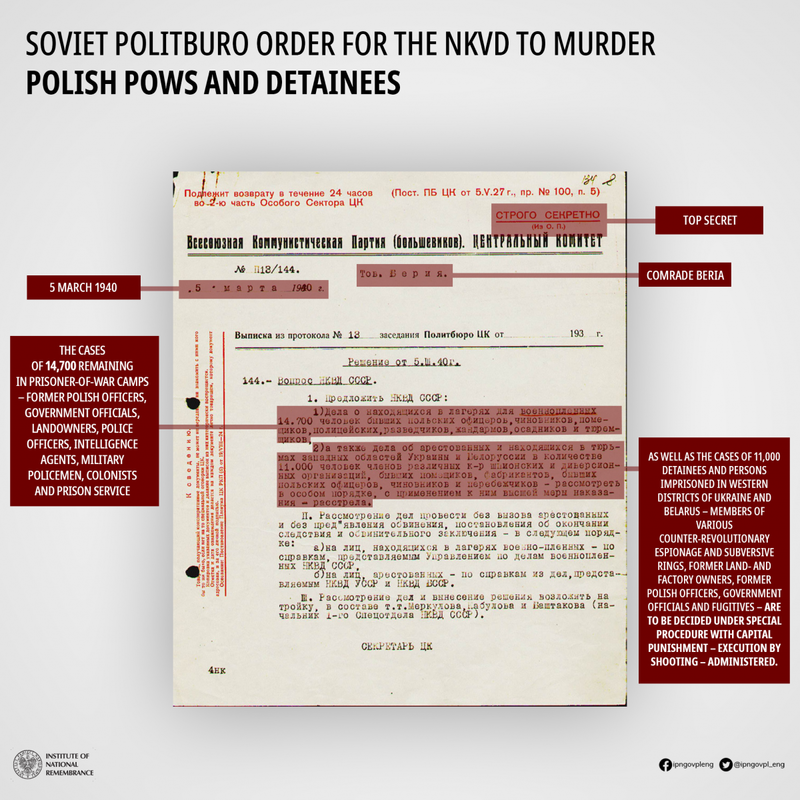 80 years ago, the highest Soviet authorities approved Beria’s proposal to kill Polish POWs and detainees. The approval was issued as the order no. P13/144, and set in motion the preparations for the Katyn Massacre, followed by the transfer to the execution sites.

Those who were kept in POW camps and NKVD prisons were, according to Beria “confirmed Soviet enemies ready to spread anti-Soviet agitation”. In a secret memo from 2 March 1940, addressed to the highest Soviet authorities, the NKVD head proposed the death penalty for them.