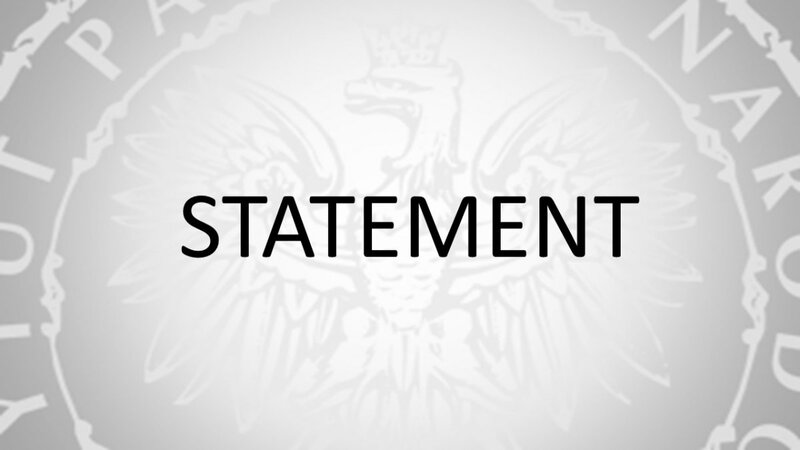 It is with disbelief and indignation that we received yesterday’s news of the Monument to the Victims of the Częstochowa Ghetto being defaced with Nazi symbols, including a swastika. In no circumstances can any reference to criminal totalitarian systems be allowed to appear in public space, and the Częstochowa incident is all the more painful because it affected a symbolic grave of over forty thousand Jewish inhabitants of the town ghetto, victims of German crimes – a memorial to which we, as a society, owe unconditional respect and care.

The case has an additional dimension for the Institute of National Remembrance: recently, the square in Strażacka Street, where the monument is located, has been named after the memorial designer, Samuel Willenberg - a resident of Częstochowa, prisoner of Treblinka, soldier of the Warsaw Uprising, and after the war, educator and great advocate of Polish-Jewish dialogue. The initiative of awarding Willenberg the honorary citizenship of Częstochowa had received strong support from the IPN's President, Jaroslaw Szarek.

In January 2020, the Institute brought the collection of 14 sculptures by Samuel Willenberg from Israel. The exhibition "The Image of Treblinka in the Eyes of Samuel Willenberg", complete with an educational project around it, went on a tour of Polish cities, among them Częstochowa, and enjoyed great popularity despite the state of pandemic. For people who could not see the exhibition in person, the Institute of National Remembrance created a virtual walk in Polish and English.

At the beginning of the year, the exhibition of the Institute of National Remembrance appeared in the Cultural Center in Opatów, and from April, the sculptures are to be displayed at the Świętokrzyski Shtetl Educational and Museum Center in Chmielnik. At the moment, the Institute of National Remembrance is talking with the Ministry of Culture and National Heritage, which would like to exhibit the set in its subordinate institutions. The aim and the desire of the Institute would be to display the sculptures around Poland until, in line with the artist’s last wish, they found their way to the most adequate location; the Museum in Treblinka is already adapting a pavillon to house them.

Go on a virtual tour of the exhibit.

A square in Częstochowa to be named after Samuel Willenberg.