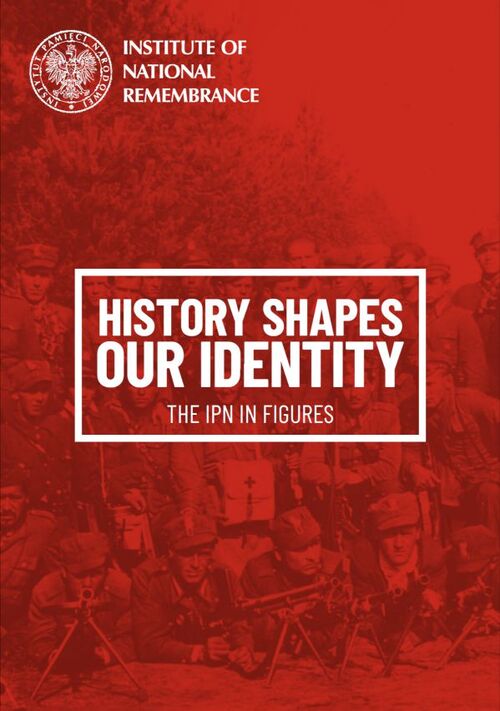 The IPN Archive collects, analyzes and makes available documents on the fate of the Polish Nation and Polish citizens of other nationalities in the years 1917-1990.

We have collected over 90 km of files.

We have completed processing of 3,999,210 applications, queries and reports.

It aims at preserving our cultural heritage,including precious documents.It is also a platform for information exchangewith potential donators, who would wish to sharetheir family documents with the IPN.

over 640 and institutions have applied

The IPN Historical Research Office:carries out historical research of 20th-century historyof Poland and the Polish Nation, including the historyof Polish emigration, and promotes historical knowledge.

Currently, the IPN is carrying out 8 research projects

The Historical Research Office has organized over 800 scientific conferences.

The IPN National Education Office disseminates knowledge of the key events in the history of the Polish nationin the 20th century. It organizes lessons for schools, workshops for teachers, lectures,seminars, competitions and hikes.

2,00 notations. One of the main areas of the IPN activity is the documentation of historical witnesses’ accounts. Thus a collection of accounts is built, which can be used for research and educational purposes.

22 educational files Educational aid for teachers of history and other related subjects at all levels. Each file consists of: source cards (photographs, posters, etc.), student and teacher materials.

Historical Debates competition in 15 cities cities a national project in teaching history that utilizes the form of the Oxford debate. Secondary school students broaden their historical knowledge on the key issues of Polish history in the 20th century. The project is realized at the regional level by the IPN’s branches and delegations. Winners of regional competitions take part in the finals: the Historical Debate Competition.

This is a place where we talk about history, discuss presented films and books,where one can see an exhibition, take part in a workshop or meet a witness of history.

over 2,800 publications have been released

The IPN’s publications have received a number of awards, including:

Office of Search and Identification

Office of Search and Identification conducts searches of unknown burial sites of those fallen in combat and victims of totalitarianisms from 8 November 1917 to 31 July 1990, and restores identity to those who were sentenced to oblivion under communist rule.

Searches and exhumations in 100+ places

Office for Commemorating the Struggle and Martyrdom

initiates care of the places of struggle and martyrdom and permanent commemoration of facts, events, and persons related to these places

Over 170 memorial plaques have been installed since 2017.