The Lebenstein Code. Poland during the Twentieth Century along the Traces of Jan Lebenstein’s Drawings

The Lebenstein Code. Poland during the Twentieth Century along the Traces of Jan Lebenstein’s Drawings

The album contains more than 150 drawings by Jan Lebenstein, which are presented in the following chapters on the artist's life and work:

Jan Lebenstein was born in 1930 in Brest and died in 1999 in Cracow. He was a painter, graphic artist and illustrator. He graduated from the State Art High School in Warsaw. Lebenstein studied painting at the Warsaw Academy of Fine Arts where his teachers were Artur Nacht-Samborski and Eugeniusz Eibisch. He made his debut at the Warsaw Arsenał gallery in 1955. A year later he joined the Theatre on Tarczyńska Street, based in his own apartment and led by Miron Białoszewski. Also there his first solo exhibition was presented. Since 1959 he had lived in Paris, where he received Grand Prix at the first Youth Biennale in Paris.

Excerpts from the book:

"I was alienated and thus decided to become a painter. I simply remained a stranger. I found the People's Republic of Poland, all of it, totally alien. I would like to define my situation as that of a person on a margin, along the peripheries of a country, in other words, deprived of his roots; after all, I come from somewhere in eastern Poland. Another issue is the essence of a whole structure that described itself as socialist realistic".

"Stages describe closed periods, which in my case where dissimilar. This is whay my painting too was not identical. I realised that during each greater spiritual adventure I succumbed to cetain neccesities, which were simply associated with my life and changing surroundings". 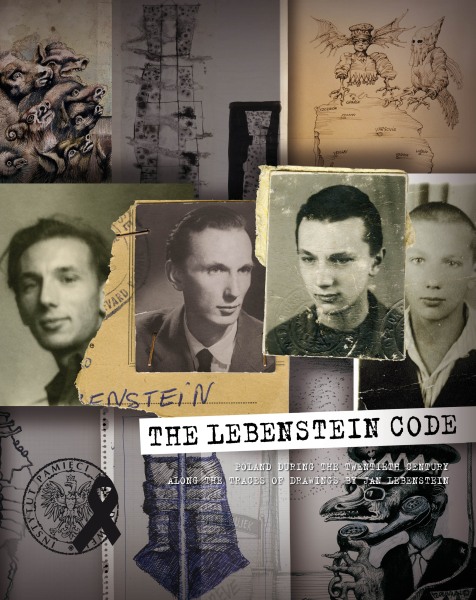