The German invasion of Poland was an extremely brutal campaign with war crimes being committed on a daily basis. Wehrmacht – the armed forces of Nazi Germany – on countless occasions violated international conventions and showed total contempt for its foe. 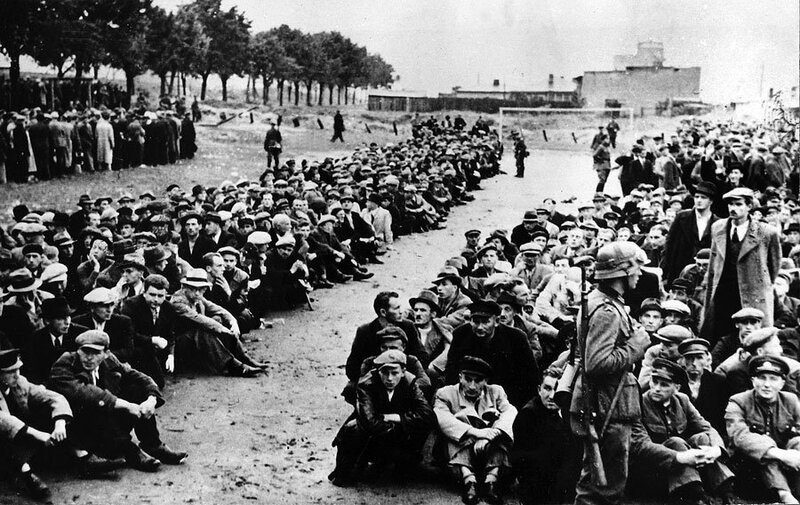 From the standpoint of the German propaganda, the invasion of Poland was a liberating war, aimed to rescue the German ethnic minority from the alleged oppression of the Polish state officials. Since the summer of 1939, the propaganda machine had been spreading fake news about “acts of cruelty” towards the Germans, supposedly committed by Poles. Its goal was to prepare the German society for the outbreak of the war. As a result, at the beginning of the conflict, the German soldiers were filled with anti-Polish stereotypes and aggression, which they took out on the captured POWs, as well as on the civilians.

War crimes committed on soldiers of the Polish Armed Forces

The German infantry committed many crimes on the Polish soldiers, due to the fact that the Polish side was perceived as a foe who violates the rules of combat by using dishonourable guerrilla tactics.

Often, this was enough of a reason for the Germans to not even bother with capturing the Polish soldiers, but to shoot them on site instead. There were many reports of Polish soldiers approaching the German infantry with their hands in the air and a piece of white clothing, showing their will to surrender, only to be shot immediately. There were also instances of Germans using Poles as living shields for the advancing Wehrmacht troops. It’s also hard not to mention the countless examples of German soldiers finishing off the Polish wounded or stripping the fallen ones of their personal belongings, e.g.  wedding rings.

War crimes on POWs weren’t always committed on battlefields themselves, but during the marching of the prisoners to meeting points (e.g. the infamous crime in Zambrów) and POW camps as well.

The first few days in German captivity would often mean not having any food or water at all, which resulted in death or spreading of infectious diseases. However; it was the reality of POW camps that was the hardest to get through. Many of the camps were… built by the prisoners themselves, forced to construct their own prisons, spending a few weeks under the sky, like in Stalag I-A camp in Stablack, Eastern Prussia, where the captives even had to build the camp’s fences. In several POW camps, the Germans conducted investigations, searching for Poles suspected of being involved in the so-called “Bydgoszcz bloody Sunday”. Such an investigation was conducted in a temporary meeting point for prisoners in Boryszew near Sochaczew, which led to 50 soldiers of the Polish Bydgoszcz National Defence Battalion being shot by the Germans on September 22nd, 1939.