It was not only Roman Dmowski and Ignacy Paderewski who tried to create a free and independent Poland. Diplomatic efforts for the Second Republic of Poland were undertaken in all partitions. 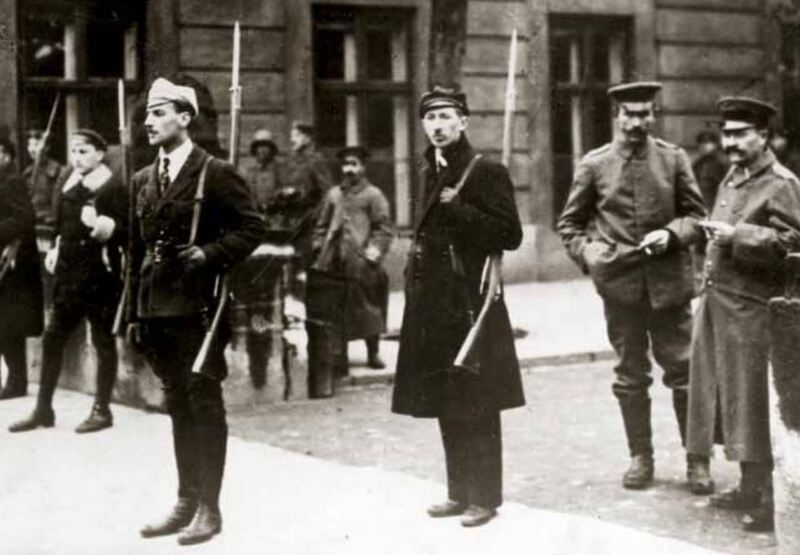 Before the outbreak of World War I, the Polish issue was stuck in a deep impasse. The political order established in the nineteenth century, based on the predominance of European countries in the world, and on the European continent - on the dominance of five powers, was stable. The wars between them were local in nature. Out of the decisive powers - Great Britain, France, Russia, Germany and Austria-Hungary - the last three occupied the territory of the former Republic of Poland. The partition borders also crossed the areas of ethnic Poland. This meant that regardless of how the Polish issue was defined, whether traditionally (by reference to the former Republic of Poland) or by linguistic criteria, it would have the majority (three out of five) of the countries making up the European "concert of powers" against it. At the beginning of the 20th century, the chances of changing this state of affairs, and even the survival of Polishness, were problematic. The war changed everything. It was important that the partitioning states found themselves in enemy camps and that, imprisoned within the coalition, they could not withdraw from hostilities, even when the burden of the war was beyond their power. The measure of the solidarity of the partitioning powers on the Polish issue was their initial restraint in using the Polish argument. Over time, the helplessness of the military widened the field of action for civilian politicians - political instruments gained exceptional importance. This was especially true of national issues. As it was to turn out, the announcement of the creation of an independent Polish state (1916), made on the initiative of Germany, initiated a chain reaction. Poles were engaged on both sides of the front, which made it possible to make more and more demands. The Polish National Committee was proclaimed in Warsaw, and the Supreme National Committee in Cracow. Bodies dominated by conservative politicians focused on their "own" partitioners, and their diplomatic activity largely involved attempts to use connections. They did not give any chance to persuade the decision-makers to act contrary to the interests of their own state. The Germans were more flexible than the Russians - it is hard, however, to assume it a coincidence that the Polish state they proclaimed was to be established on the territory belonging to Russia before the war, and that it should also include the areas that belonged to Prussia before the war (e.g. Poznań) was out of the question. Such barriers did not exist in the case of actions taken in the West, but there too were problems. Initially, their main source was the fear of Russia's reaction. During World War I, it was an ally of the West and by blocking attempts to resolve the Polish issue, it threatened to withdraw from the war.

Polish politicians active in the West went much further - they came up with a vision of Poland as a sovereign state with a vast territory, consisting of three partitions. Such a programme was included in the documents submitted by Roman Dmowski to the British in the spring and summer of 1917. The fulfilment of the demands meant the destruction of the order which guaranteed long periods of peace... "Experience - Dmowski recalled years later - teaches men conservatism, they don't believe what they don't know; they know more or less what to expect from pre-war states, and they also know that new formations will in all likelihood create new and unexpected complications." Overcoming such fears required a lot of work, exceptional acting skills, and above all, the belief that it made sense. It was no coincidence that the activity of the Polish political elites in the West was initially expressed mainly in information and propaganda activities. This was the nature of the Central Polish Agency established in 1915 in neutral Switzerland, as well as Dmowski's activities in Great Britain. The fall of the tsarist regime (March 1917), and later the proclamation of the formation of the Polish army in France (June 1917) created a demand for political representation. This was the nature of the Polish National Committee operating in Paris since the fall of 1917, acting as the Ministry of Foreign Affairs and the Ministry of War (today we would call it "defence") of the future Polish state. Created by national democrats and backed by conservatives, it was attacked by the Left, denying it the right to speak for the whole nation. It was a paradox that the Polish cause was making progress in times of an unparalleled catastrophe that struck the leading European countries. Its ally was, above all, the fatigue of the protracted war and the desire to find political tools to shorten it. As a result, in June 1918 in Versailles, a declaration was adopted by the countries of the Western coalition, according to which the creation of an independent Polish state, composed of three partitions with access to the sea, was recognized as one of the military objectives of the allied countries. This success heralded the Second Republic of Poland.