By 1948/49 all communist parties in the East-Central European countries being in the sphere of influence of the Soviet Union seized absolute power. The communist dictatorships following the Stalinist model set up the institutions of power. The party took total control over economy and society by destroying and annihilating traditional structures. State security organizations in the service of the communist power had leading role in this process.

In the middle of the Cold War such international organizations as the Cominform (1948), the Council for Mutual Economic Assistance (1949) and the military block led by the Soviet Union as well as the establishment of the Warsaw Pact (1955) or the direct supervision and intervention through counsellors served to maintain Soviet influence.

During the conference, we would like to scrutinise the similarities and differences between the communist dictatorships in East-Central European countries regarding the implementation of Stalinism. We would like to describe the fields of life the dictatorship set under its control. Our special interest shall be inner-political changes and rearrangements of power. We also would like to consider how the remembrance of these issues is being shaped.

THE SECOND INTERNATIONAL CONFERENCE ON THE SERIES: “REVOLUTION ACCOMPLISHED. COMMUNISTS IN POWER”

9.00 Opening of the conference 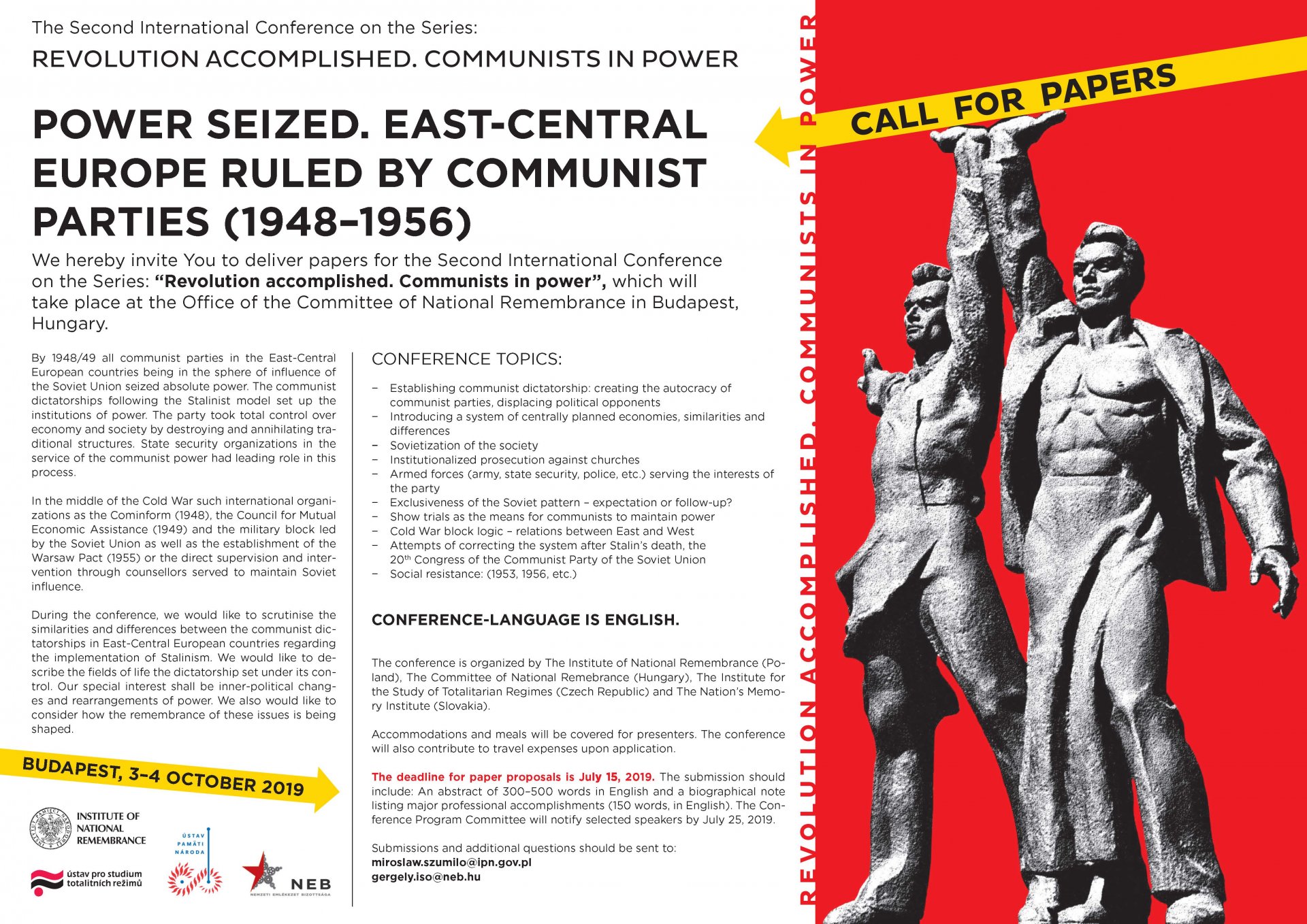