On 15 November 1947, Wojtek the bear was moved from the Anders’ Army to the Edinburgh Zoo

Wojtek was a Syrian brown bear adopted by the soldiers of the 22nd Artillery Supply Company in the 2nd Polish Corps commanded by General Władysław Anders. He carried ammunition boxes and pulled a supply cart during the Battle of Monte Cassino. He was promoted to the rank of corporal for his services to the Polish Army. 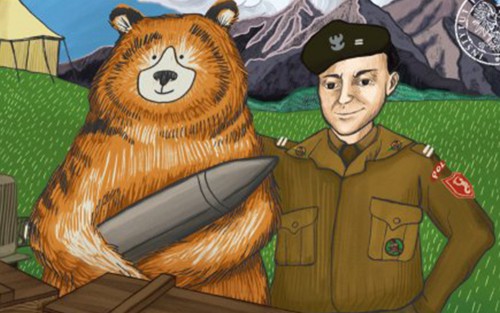 Polish soldiers marching with civilian refugees from Pahlavi, Iran, to Palestine met a Persian boy carrying a baby brown bear on 8 April 1942. The bear's mother had most likely been shot by hunters. The bear spent the following three months under 18-year-old Inka Bokiewicz care in a refugee camp near Tehran. In August 1942, the bear was donated to the 22nd Artillery Supply Company. Wojtek was officially enlisted in the records of the 22nd Artillery Supply Company, and he walked the entire route: from Iran through Iraq, Syria, Palestine, Egypt to Italy, and finally to Great Britain. 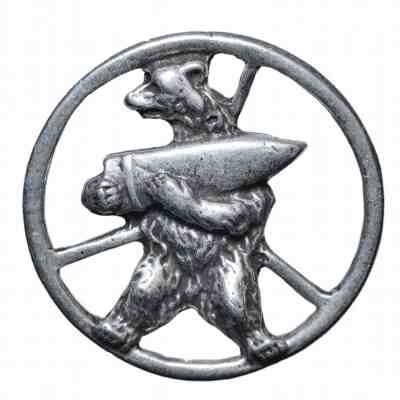 He helped in the field, amused his comrades and became a symbol of the 22nd Artillery Supply Company. An official badge featuring a bear carrying an artillery shell in its paws was introduced. After the end of hostilities, the bear was transported to Scotland along with many Polish soldiers. He ended up in the Edinburgh Zoo, where he was not happy. Years of living among humans did not allow him to adapt to living among other bears. He spent 16 years in the Scottish zoo until his death in 1963.

The legacy of the brave bear is quite impressive. There is a memorial plaque in the Imperial War Museum in London, a sculpture in the Sikorski Museum also located in London, and statues in Scotland and Poland.

On 4 October 2022, the Institute of National Remembrance has prepared a performance for children entitled "The Story of the Wojtek Bear" in order to introduce the young audience to the story of brave Poles who served abroad during World War II. The show will be seen by children in the US in Chicago, Illinois, as well as in other cities in Europe.

In 2018, the IPN released the board game "Wojtek the bear" for 2—5 players aged 6 and older. The game shows the story of Poles deported from areas occupied by the Soviet Union and their long journey from Russia, through Iran, Palestine, Egypt and Italy to Scotland. In the game, one collects memorabilia related to the fate of the soldiers and their famous bear, Wojtek. Whoever collects the full set wins.

In 2020, the IPN produced a short educational film (Polish) about the Wojtek bear.