“The Image of Treblinka in the Eyes of Samuel Willenberg” exhibition is now on display at the Museum in Tykocin, a branch of the Podlaskie Museum in Białystok, November 2022 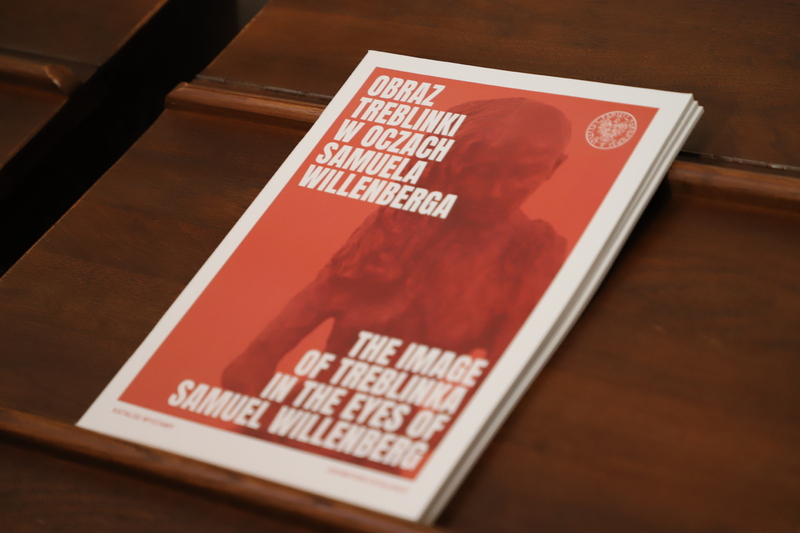 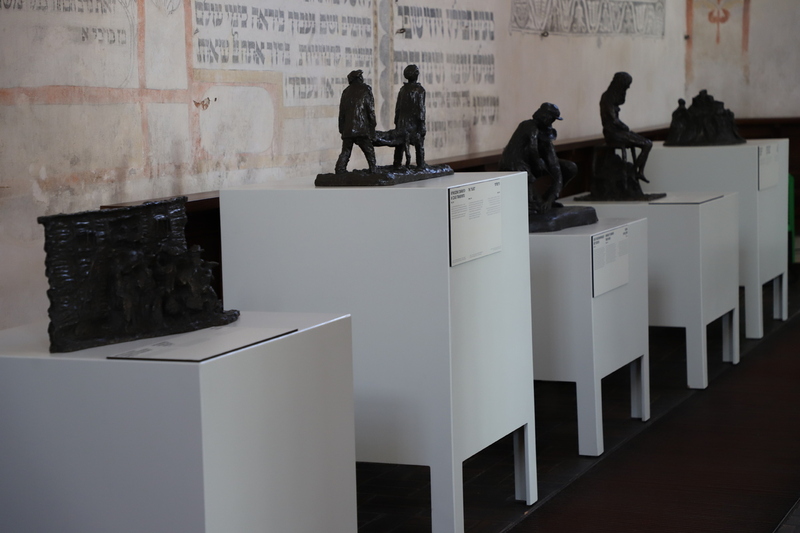 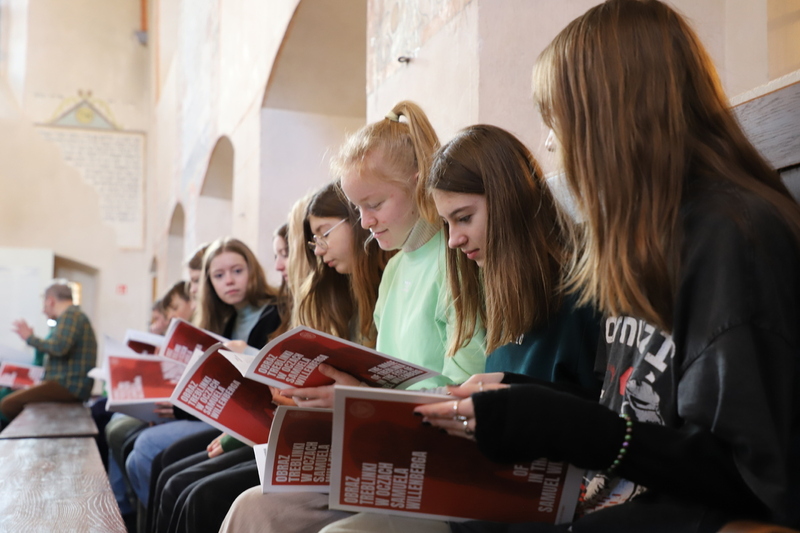 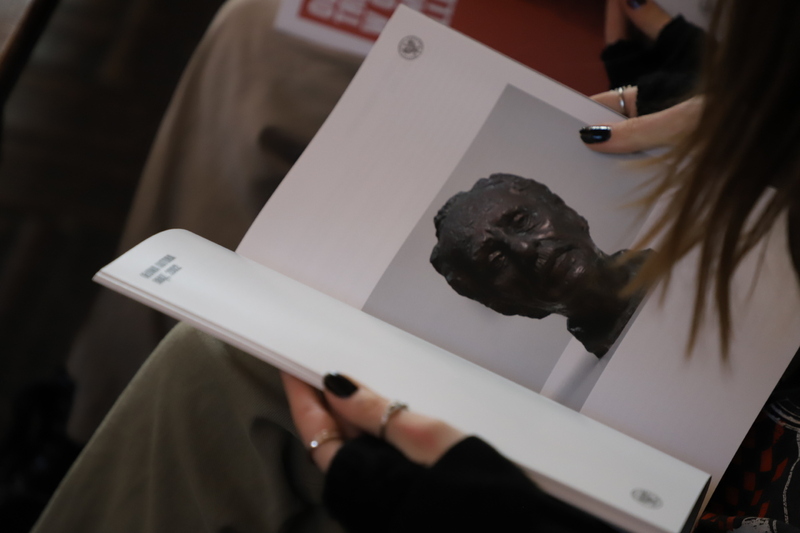 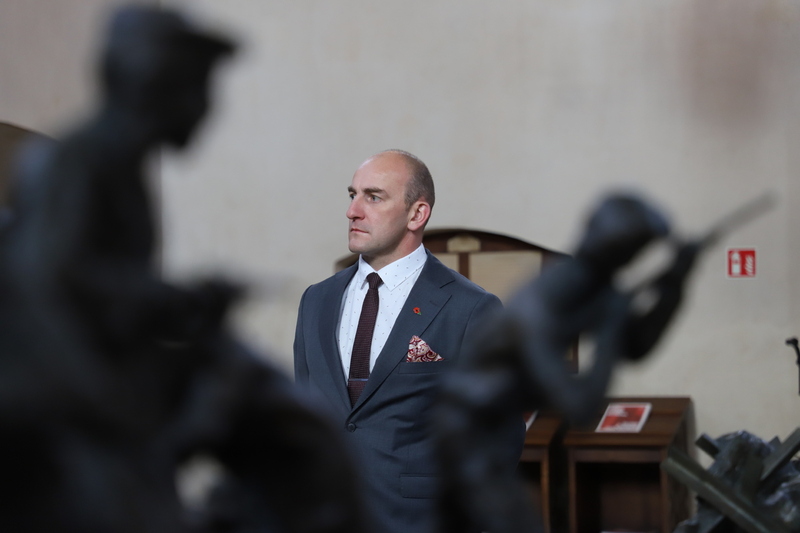 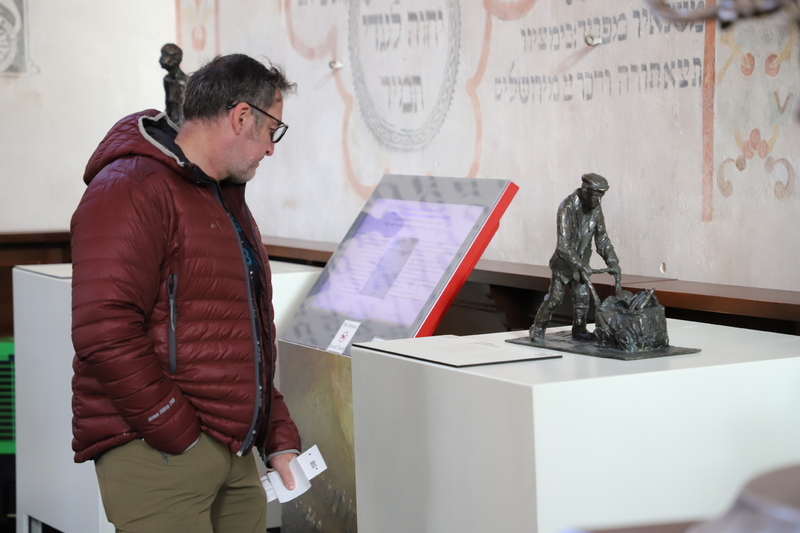 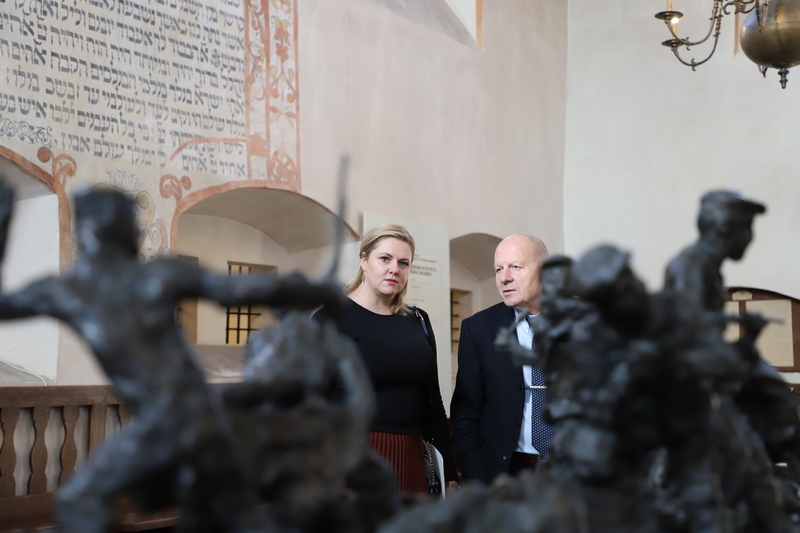 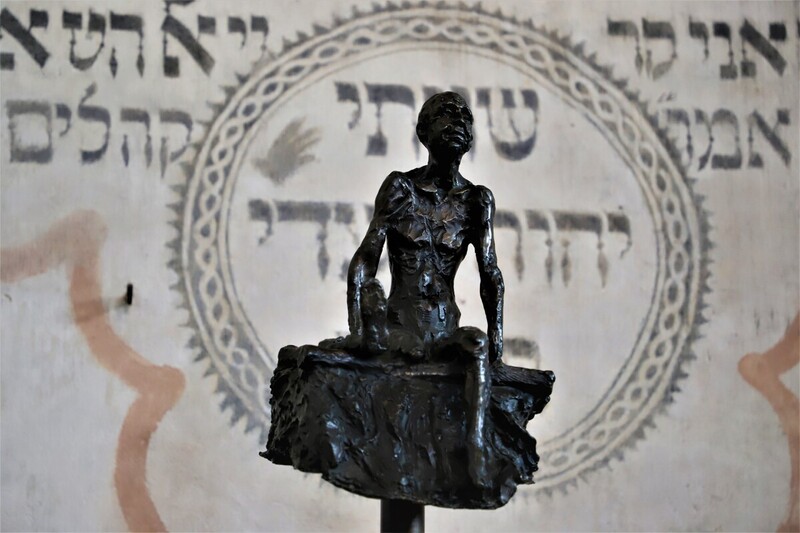 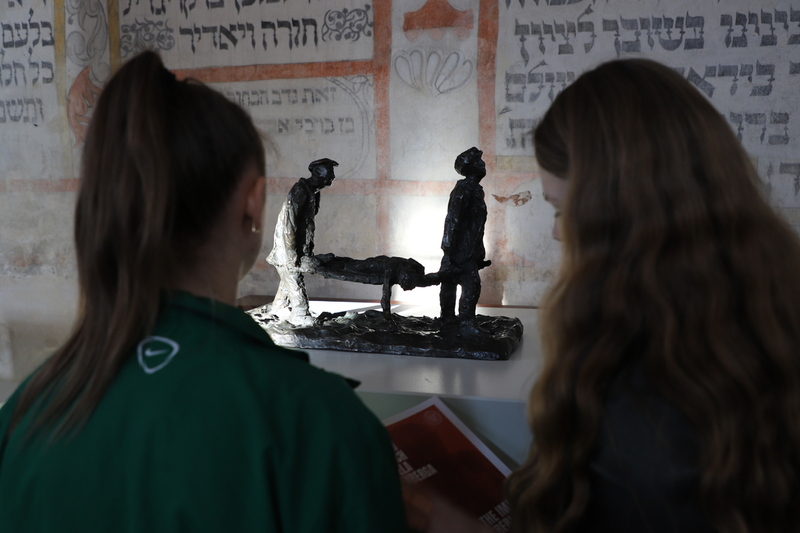 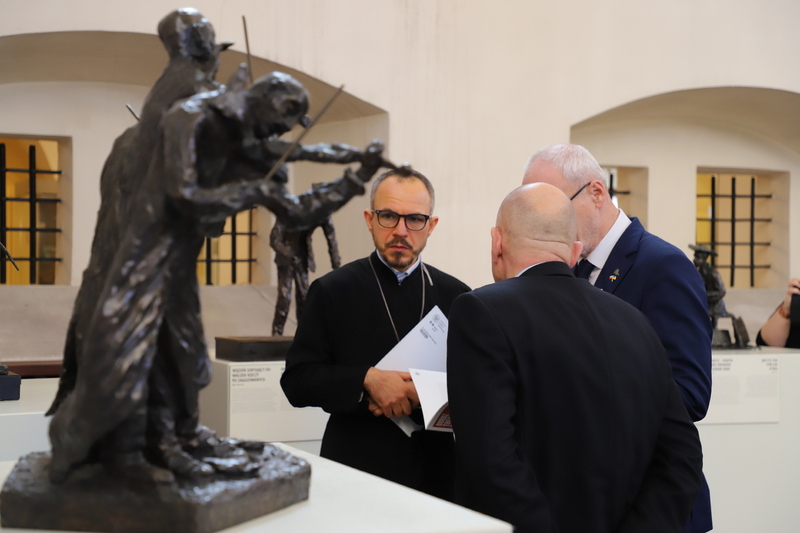 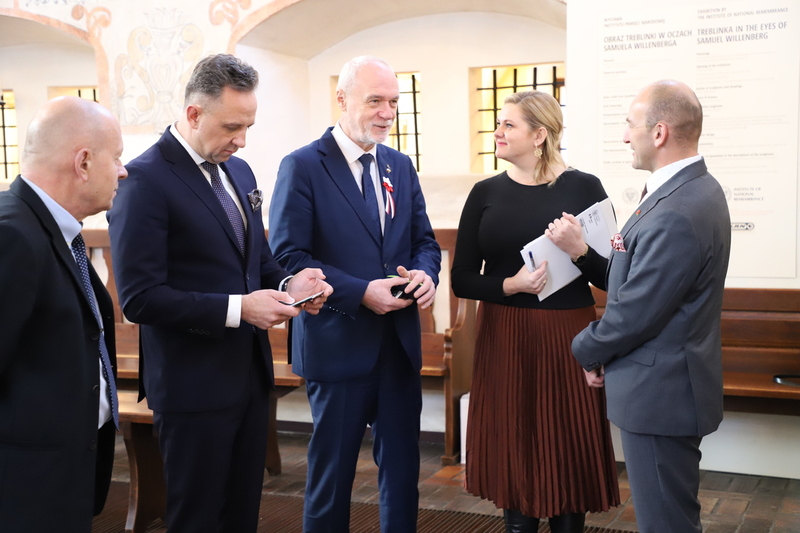 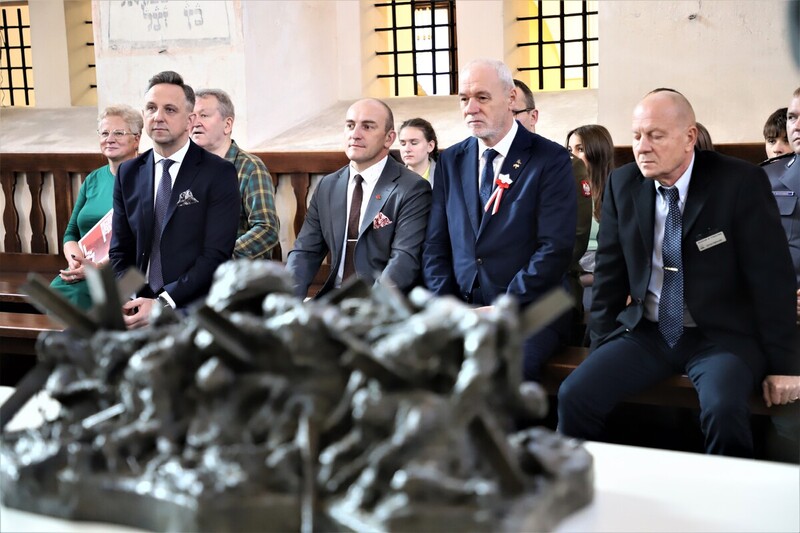 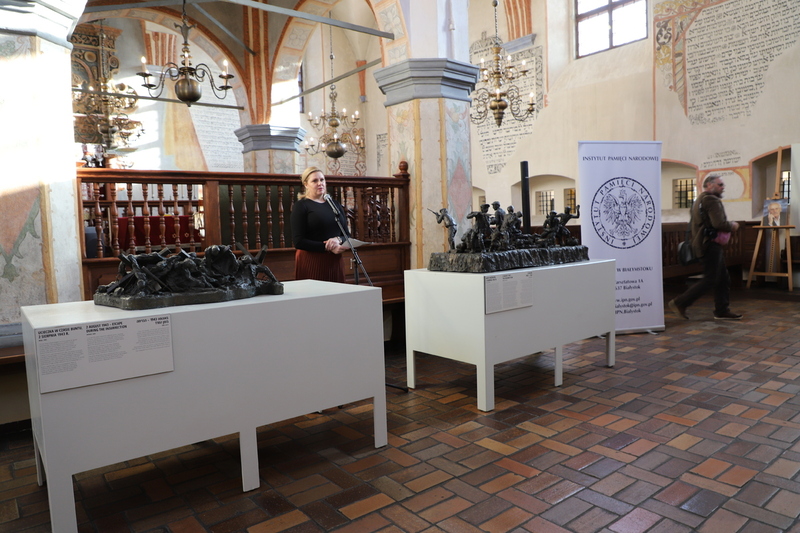 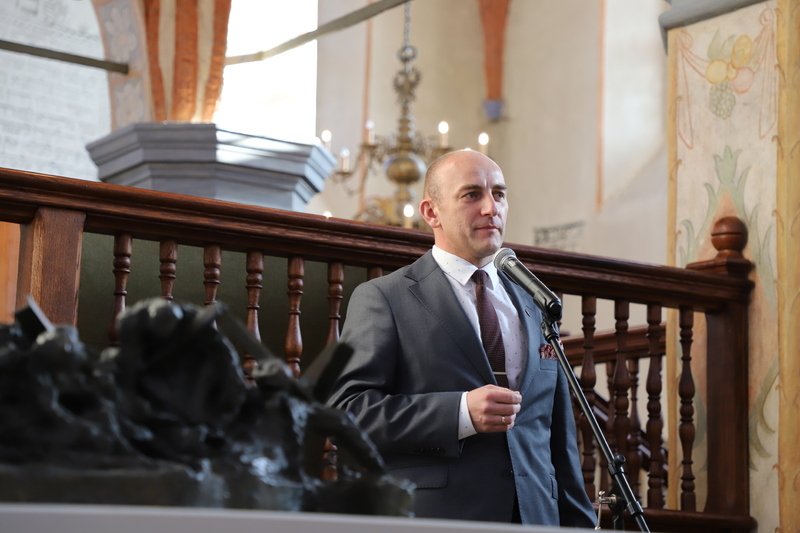 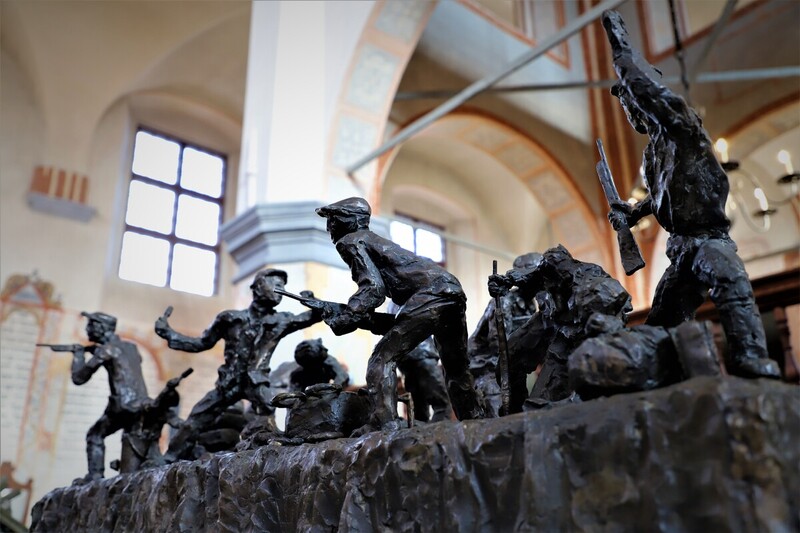 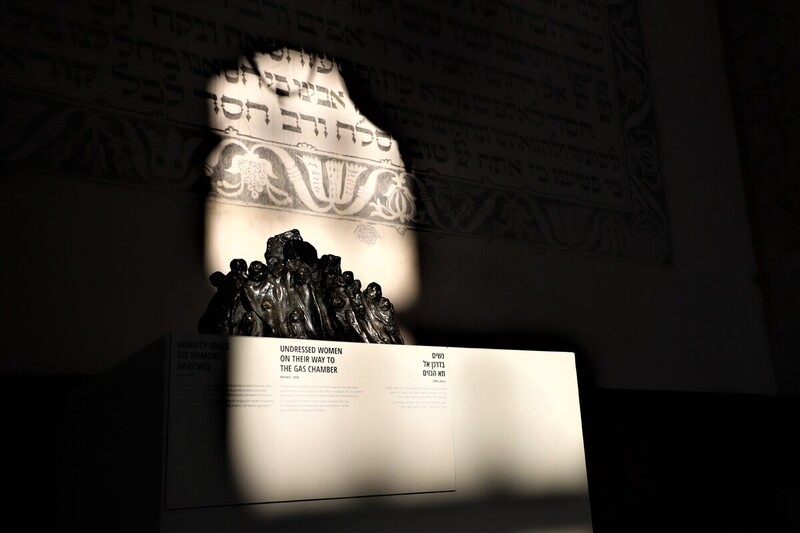 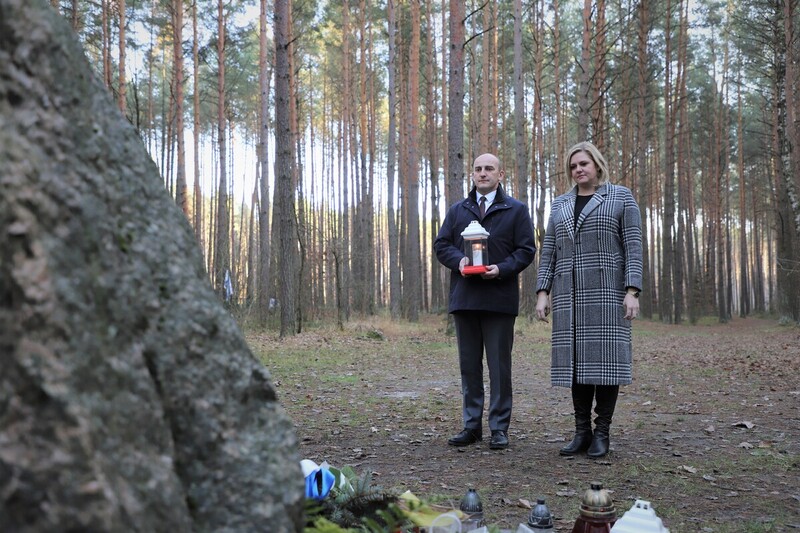 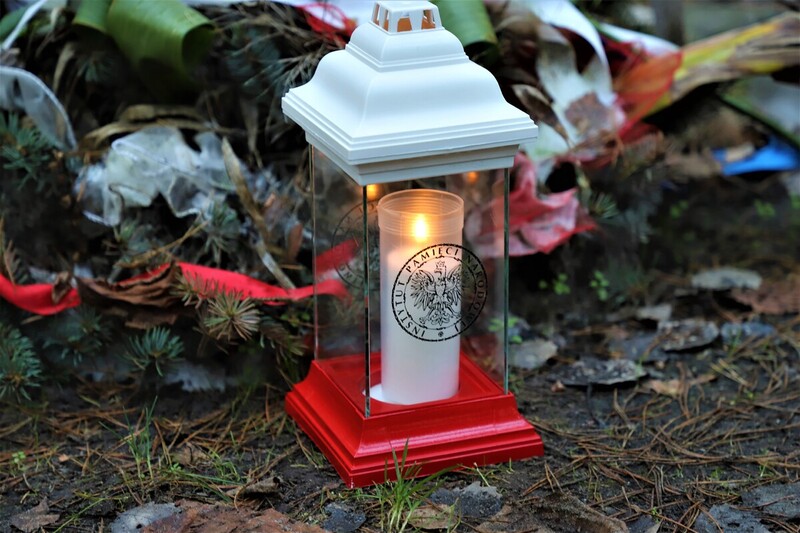 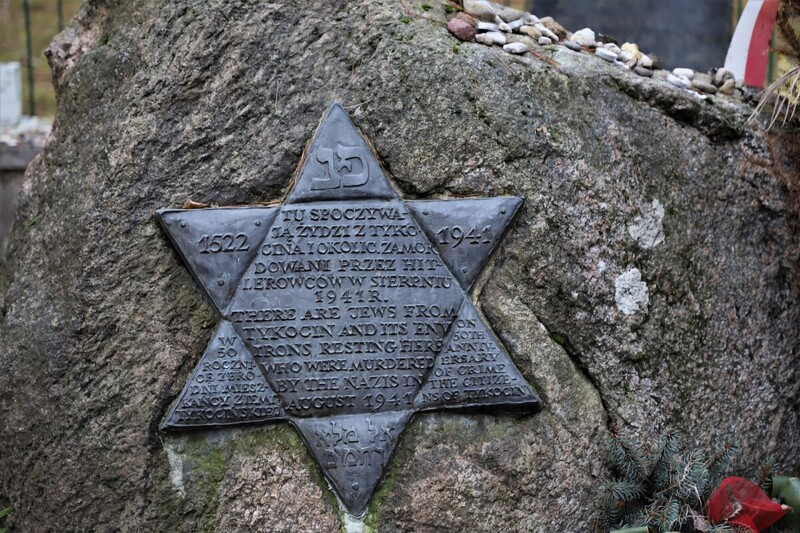 The opening of “The Image of Treblinka in the Eyes of Samuel Willenberg” exhibition at the Great Synagogue in Tykocin, with the participation of the Director of the Bialystok Branch of the Institute of National Remembrance, Marek Jedynak, Ph.D., took place on 17 November  2022. The event was hosted by the Head of the National Education Office Branch in Białystok, Urszula Gierasimiuk, Senator Marek Komorowski, Tykocin Mayor Mariusz Dudzinski, the Head of the Tykocin Museum (Podlaskie Museum Branch in Białystok)  Janusz Sękowski, Ph.D., representatives of the clergy and uniformed services, as well as the Director of the School and Kindergarten Complex in Tykocin Maria Anna Frankowska with her pupils. The residents of Tykocin also took part in the official opening of the educational project. In addition, Podlasie Province Marshal Artur Kosicki sent a commemorative letter to be read out.

Memory ought to be monumental, it ought to be as long-lasting as bronze – not only for those who experienced this tragedy themselves but also for future generations. It is fundamental that the message lying behind these sculptures reaches the youngest generation and ensures that they fully understand what happened during World War II and what the history of both the Polish and Jewish nation was shaped by. This is something that we simply cannot allow to be forgotten.Thanks to the Institute's project, it is by means of this exhibition that we can remember and commemorate the victims of German crimes, especially those from the Treblinka camp, who lost their lives just because they were Jews, said Marek Jedynak, Ph.D.,the Director of the Bialystok Branch of the Institute of National Remembrance.

“The Image of Treblinka in the Eyes of Samuel Willenberg” exhibition is now on display at the Museum in Tykocin, a branch of the Podlaskie Museum in Białystok. It will be available for viewing until 26 November in the Great Synagogue building, part of the Museum in Tykocin. Samuel Willenberg was among some 200 inmates who succeeded in breaking out of the German extermination center in Treblinka on 2 August 1943. His art conveys everyday life in the camp, as well as the heroic effort of the prisoners, who decided to stand up for their dignity and die fighting.

The IPN project also includes multimedia productions, such as films and a virtual tour. The exhibition and accompanying screening of "Treblinka’s Last Witness", a documentary film produced by and screened courtesy of WLRN Public Television for South Florida, which is a first-hand account of Samuel Willenberg’s life as a Jewish prisoner of the death camp, can now be viewed in the Great Synagogue building, the Museum in Tykocin.

The exhibition along with the educational project based on Willenberg's works has been possible thanks to the kindness and trust bestowed on the Institute by Ada Willenberg, who tirelessly continues her husband's work in the name of preserving the memory of the Holocaust and its victims.

Samuel Willenberg was a soldier in the Polish Army and the Home Army, as well as a participant of the Warsaw Uprising. After their leaving for Israel in 1950, he and his wife visited Poland on numerous occasions – often as guides for Israeli youth. They became spokespersons for good Polish-Jewish relations, hiding neither the tragic nor the beautiful events linking the two groups of Polish citizens during the criminal German occupation of Poland.

The attack of Germany and the Soviet Union on the Polish State in September 1939 started World War II and gave way to the possibility of the Holocaust. Treblinka was one of the main German death camps established as part of the so-called Operation Reinhardt (Aktion Reinhardt), in which Jews from Central Poland, called the General Government (General Gouvernement), were murdered.
Treblinka was located in the Warsaw District (Distrikt Warschau), Sokołów County (Kreishauptmannschaft Sokolow). More Polish Jews died in Treblinka than in Chełmno nad Nerem, Bełżec, Sobibór, Majdanek or Auschwitz. This is the largest Polish cemetery in history.
The use of specialized methods meant that it took just over 12 months, 20 hectares of camouflaged and isolated area, a dozen or so barracks, several gas chambers, several dozen Germans, a hundred trained Soviet prisoners of war, about a thousand terrorized inmates who were forced to work, and the helplessness of the local Polish community, as well as the silence of the world in the face of the murder of nearly a million people. The gassing and burning of 6 thousand people took 2 to 3 hours and was sometimes performed as often as three times a day.
Most of the victims were defenceless due to physical exhaustion, terror, worry for their loved ones and the system of mystification of the alleged labour camp. Despite this fact, a conspiracy was set up among the Jewish work commandos, led by Julian Chorążycki, a physician from Warsaw. On 2 August 1943, following the example of the Warsaw Ghetto insurgents, the inmates mounted armed resistance . Nearly half the Jewish workers managed to escape. About two hundred of them survived. Among them was Samuel Willenberg from Częstochowa (1923-2016).
At the end of 1942, the Polish underground already knew what was taking place in the camp. The underground press, including Biuletyn Informacyjny (Information Bulletin), wrote about it. The Home Army intelligence were considering an attack on the camp, through, among others, a railwayman, Franciszek Ząbecki (who wrote a memoir after the war). The reports that were sent to the Polish Government in London and the information given to the world about the extermination of Jews did not result in any reaction on the part of the Allies.
The perpetrators were effective in removing the traces of their crime. The victims' personal effects were stolen and transferred to the Treasury of the Third Reich. The infrastructure was destroyed in 1943, after the corpses had been exhumed and burned. What remains of the German camp in Treblinka is the memory of its victims, rich cultural treasures created by the people murdered there, as well as a warning for the world and hope that similar crimes of genocide will not be committed ever again.
The sculptures presented at the exhibition are a part of this message.

“The Image of Treblinka in the Eyes of Samuel Willenberg” catalogue (pdf, 4.91 MB)