On 2 August 1943, prisoners of Treblinka II German extermination camp made an attempt to set the camp on fire, and get free. It was one of the most important acts of resistance by Jews during the Holocaust. The ceremonies commemorating the rebellion were held on Tuesday, 2 August 2022 at the Treblinka Museum. 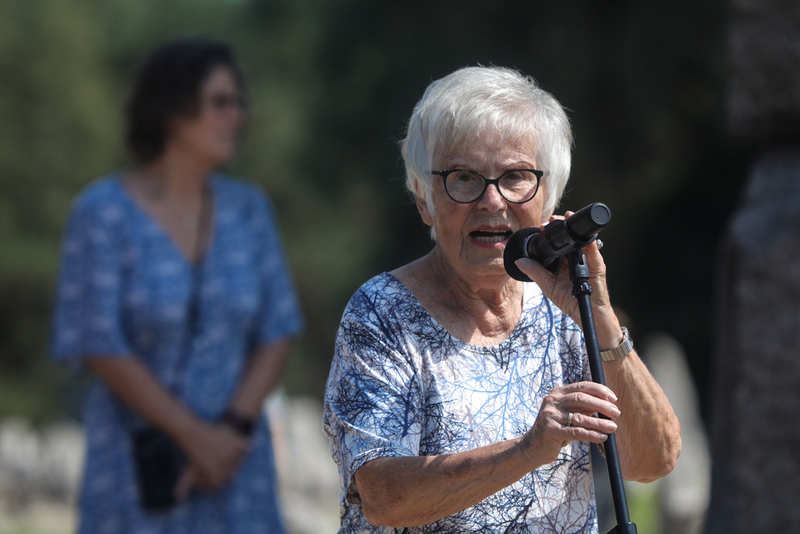 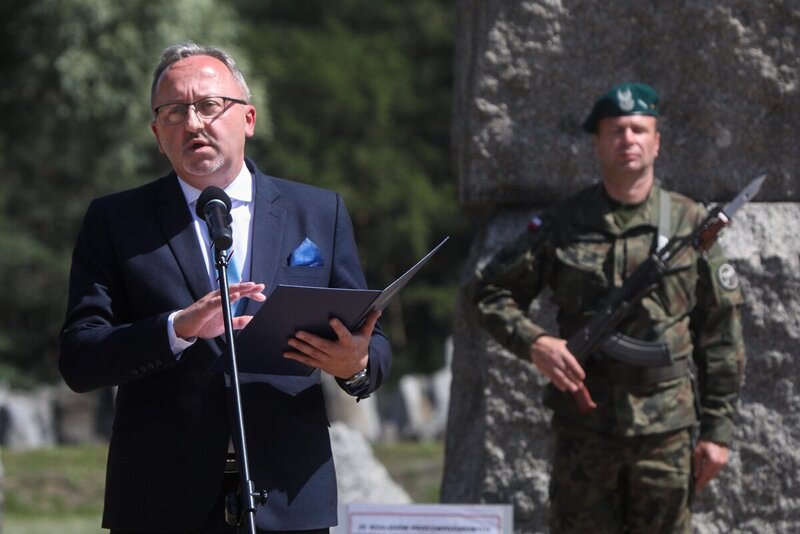 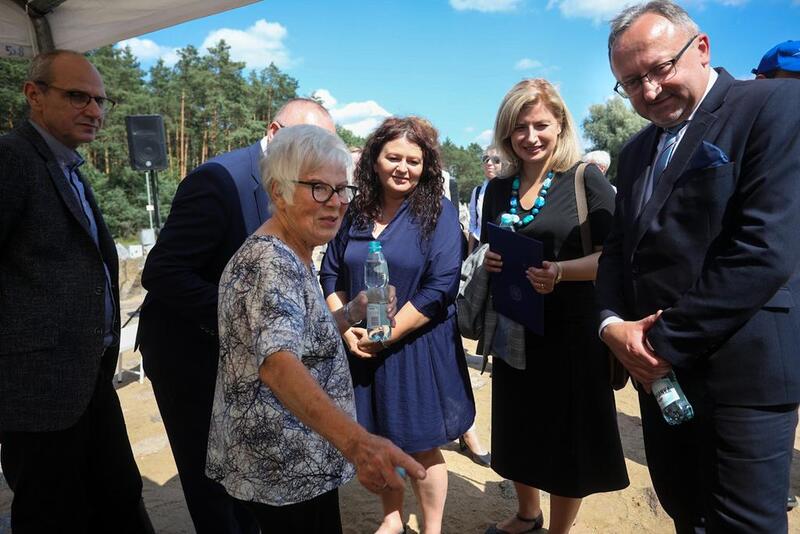 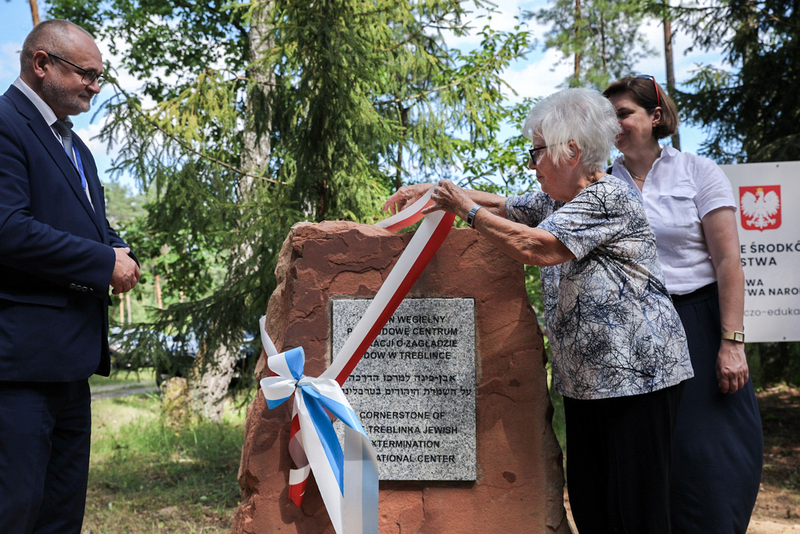 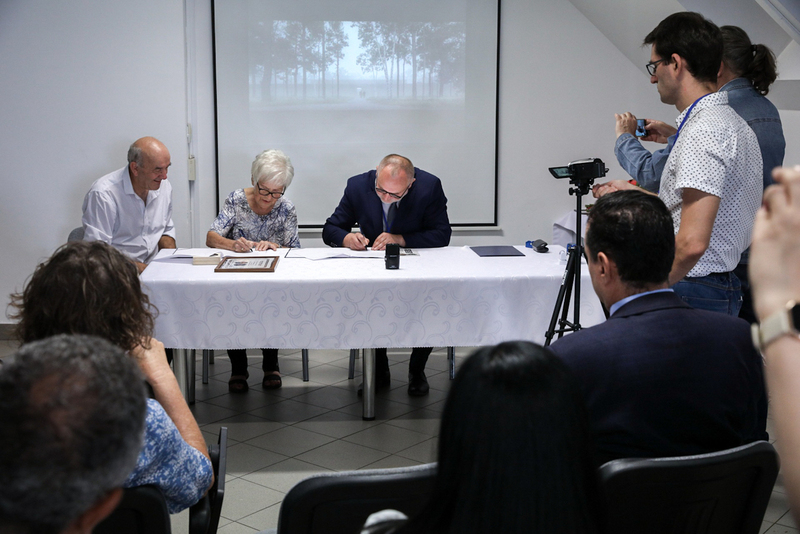 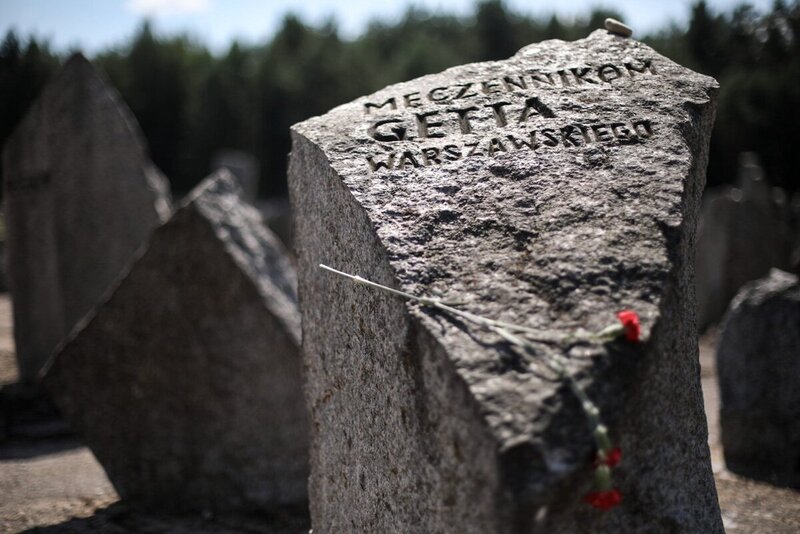 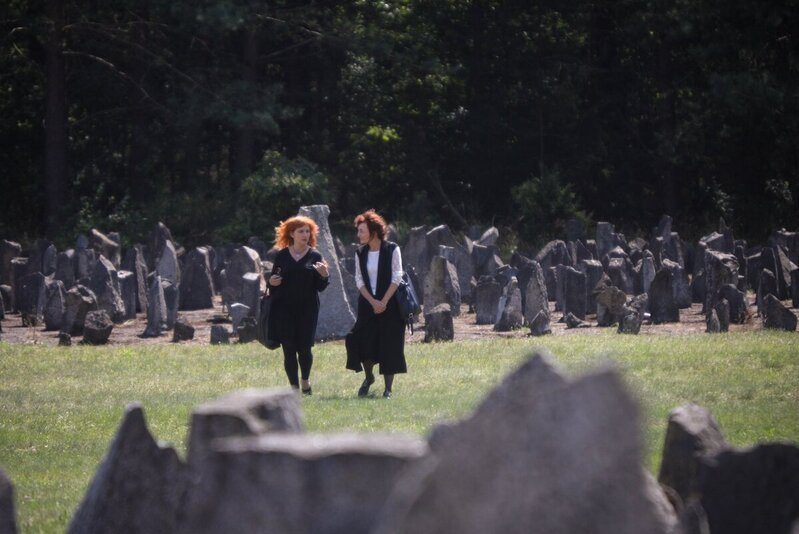 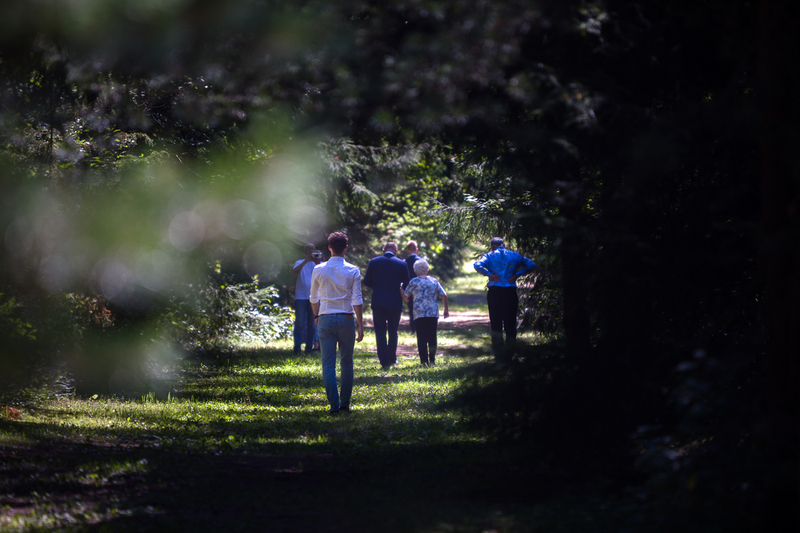 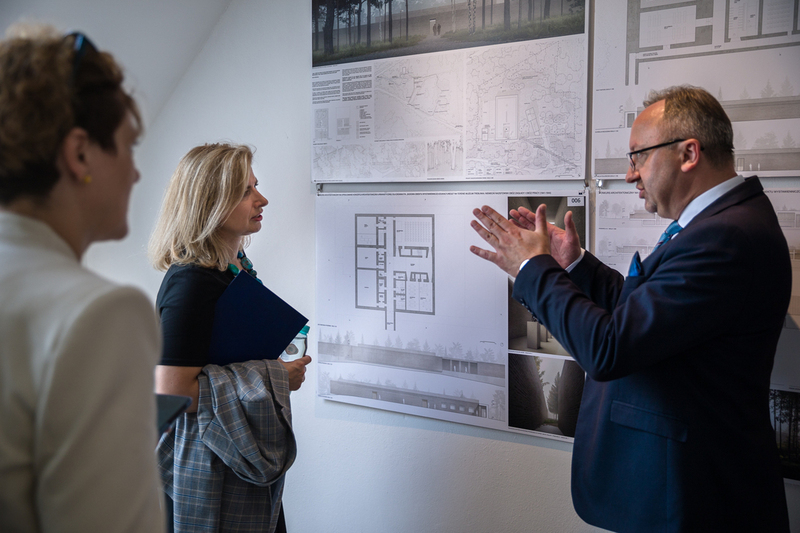 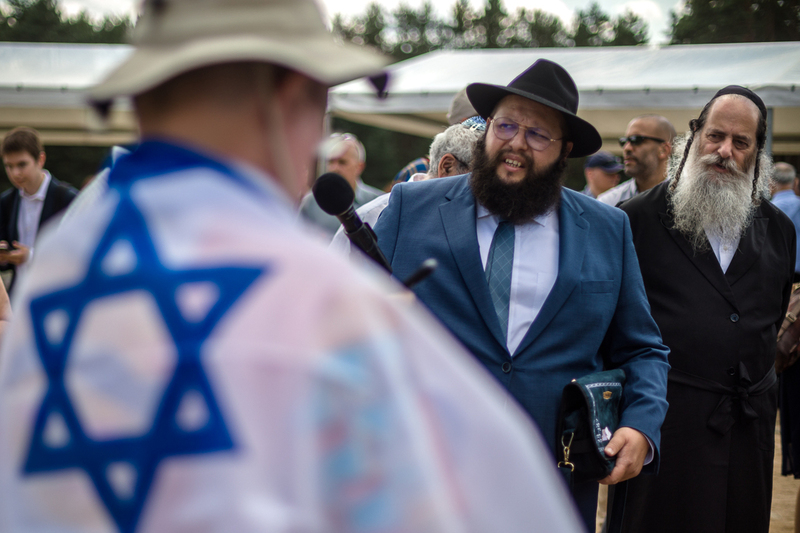 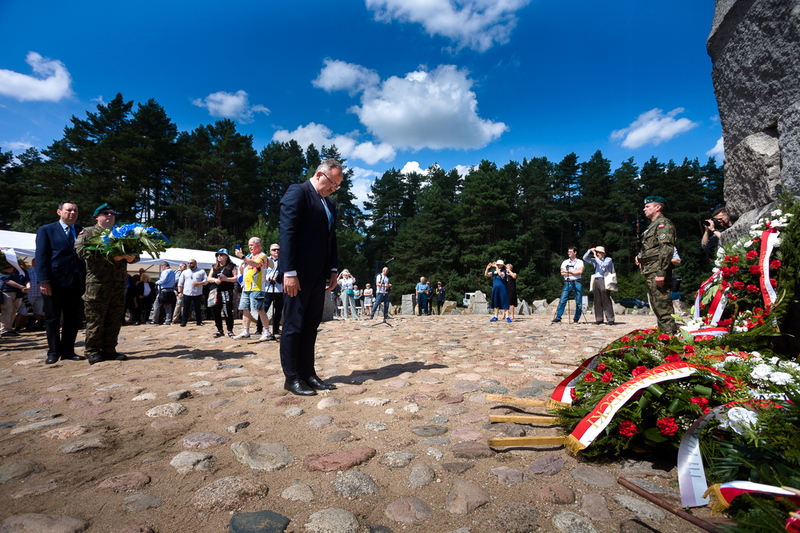 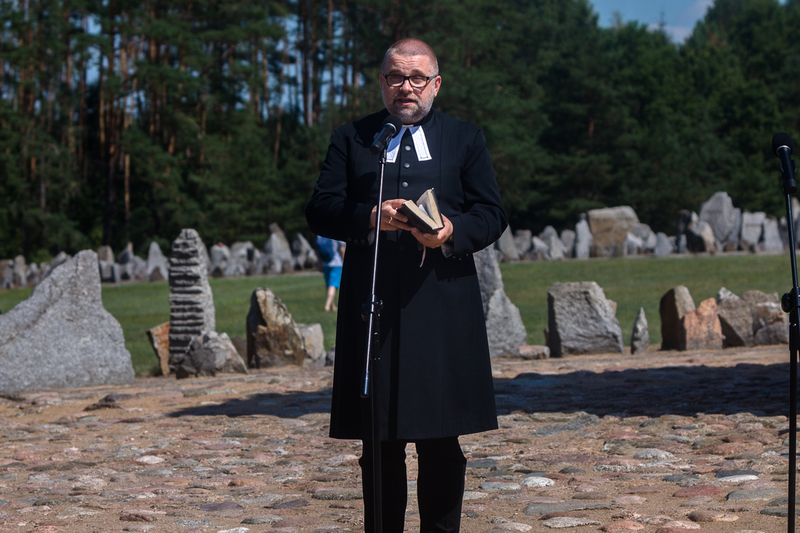 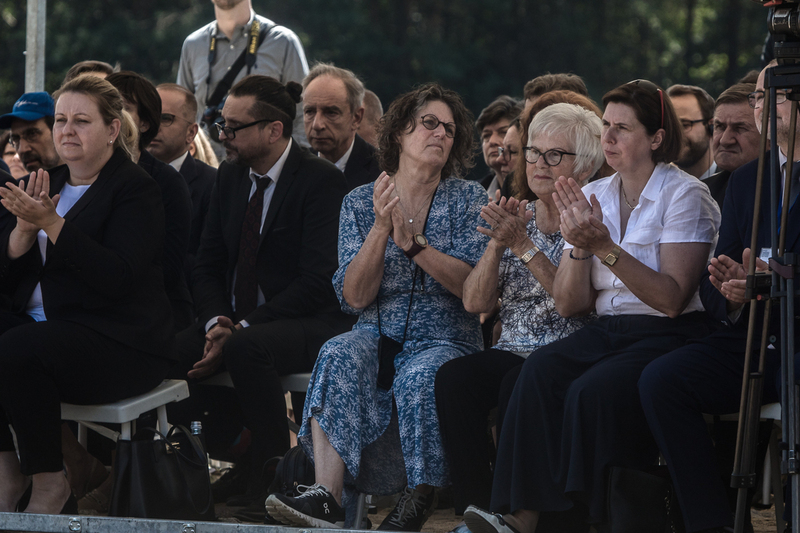 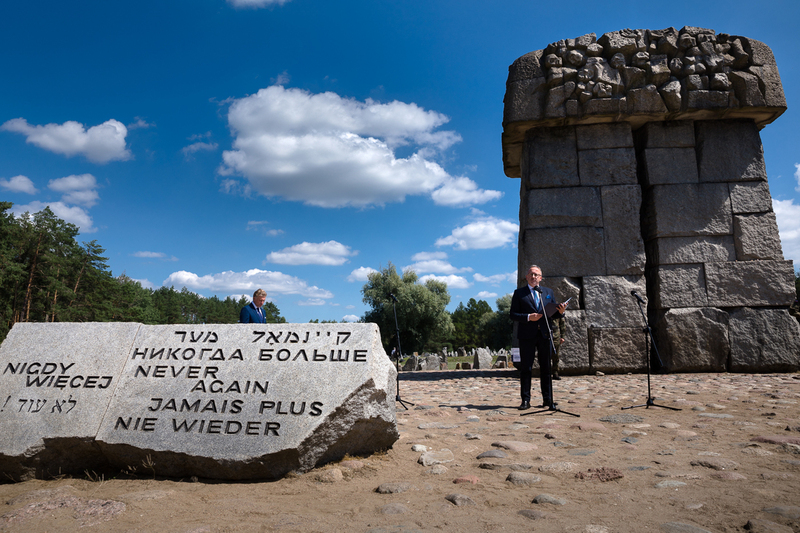 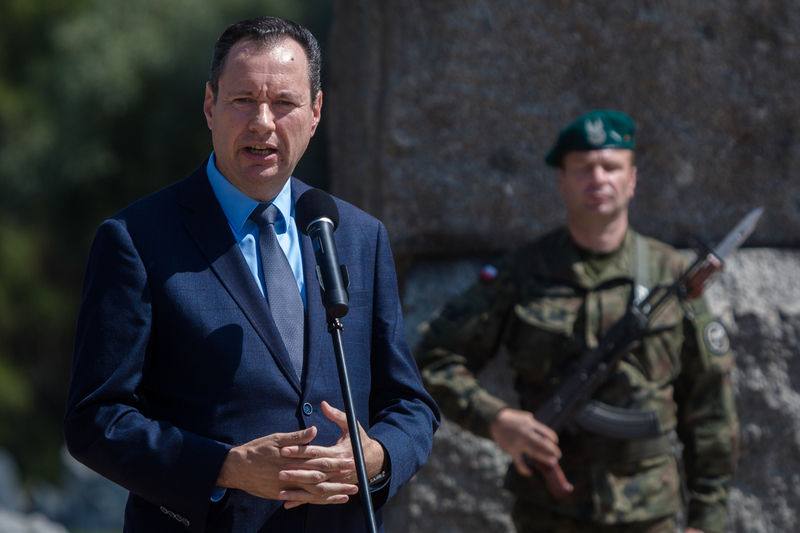 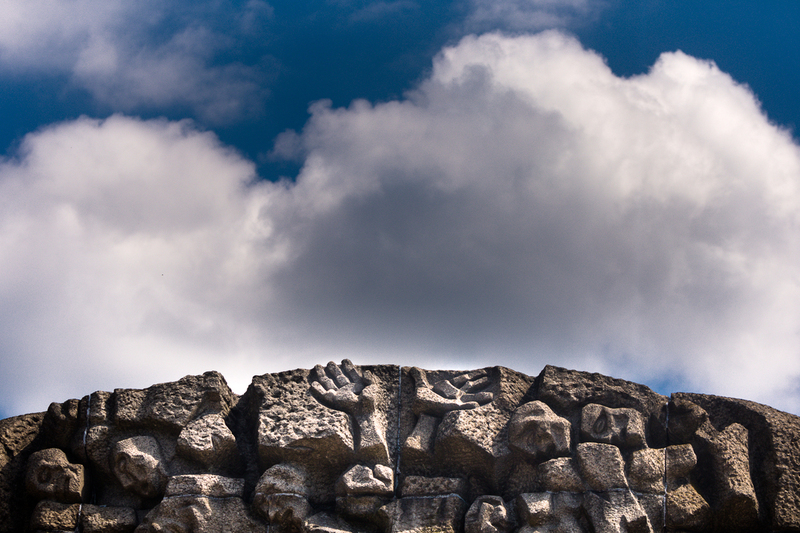 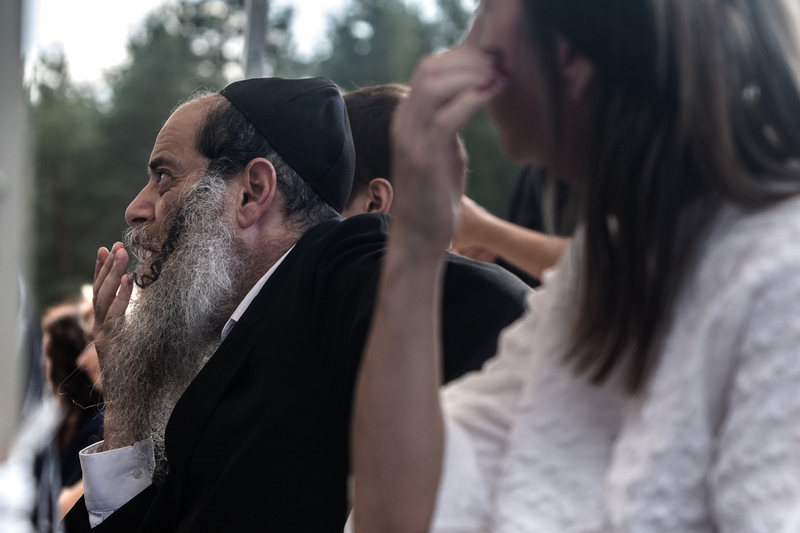 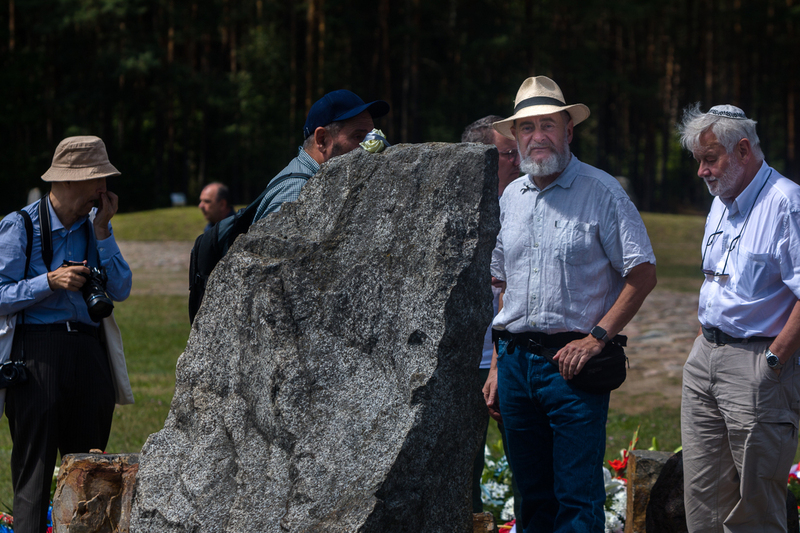 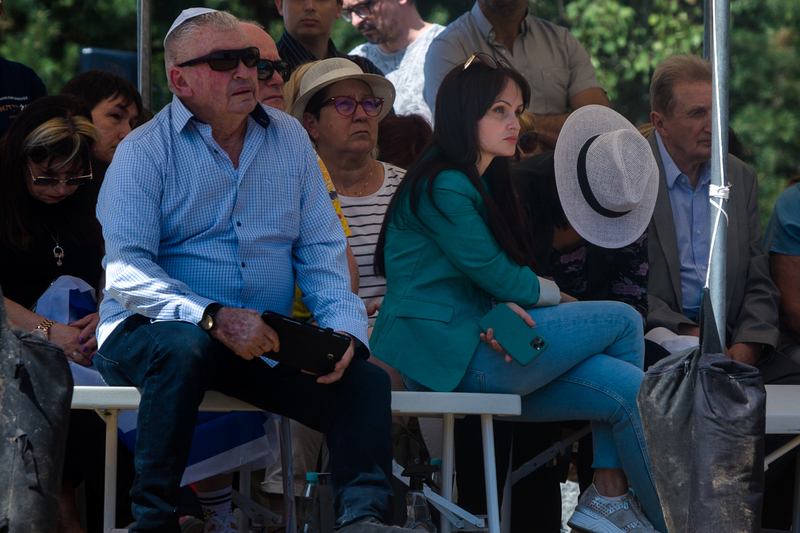 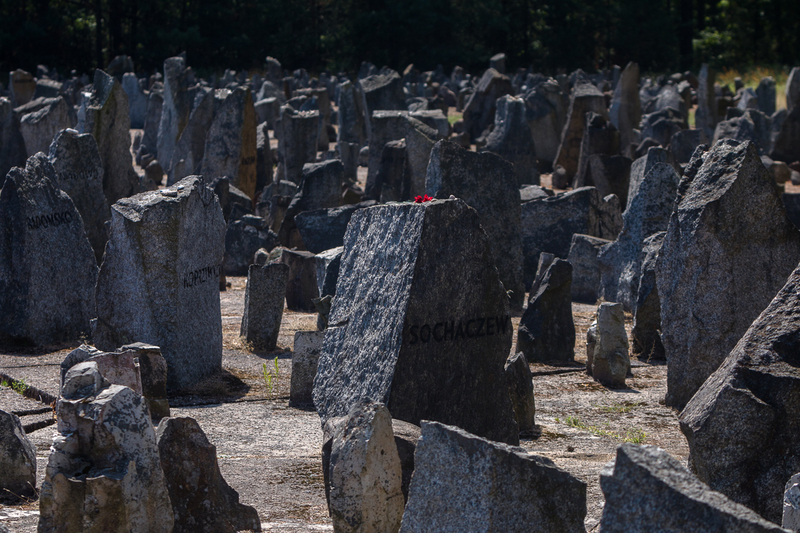 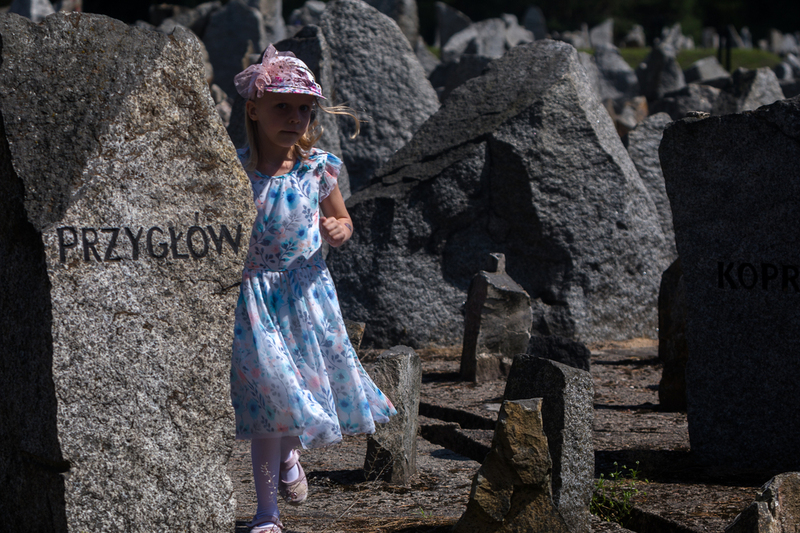 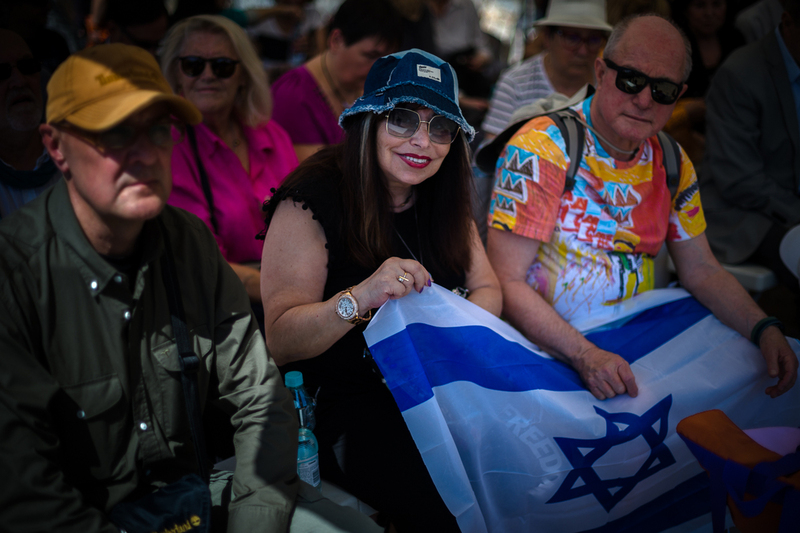 The celebrations began at noon at the Monument to the Victims of the Death Camp, located on the premises of the Treblinka Museum. They were attended by representatives of state and local authorities, the Jewish community, the clergy, members of the diplomatic corps, as well as Ada Krystyna Willenberg, the widow of Samuel Willenberg, the longest-lived participant of the rebellion in Treblinka. The Institute of National Remembrance was represented by Prof. Karol Polejowski, the IPN Deputy President.

The criminals from Treblinka did almost everything to cover up even the smallest traces of their heinous acts. Even before the prisoners' revolt, the bodies of the victims, buried in mass pits, were excavated and burned. The stolen property was taken away. After the extermination camp was liquidated in the autumn of 1943, the area was razed to the ground. These activities were to make the victims – and we are talking about a million people – forgotten forever,

wrote the President of the Institute of National Remembrance, Karol Nawrocki, Ph.D. in a letter read out during the ceremony by Prof. Karol Polejowski. He noted that this terrifying plan had failed. "One survivor was enough to bear witness," he stressed.

One of the survivors, the last insurgent from Treblinka, was Samuel Willenberg from Częstochowa, who died in 2016. He was a tireless youth educator and artist, but also a soldier in the Polish campaign of 1939, a Warsaw insurgent, decorated with, among others The Order of Virtuti Militari. Every year, he and his relatives used to visit Poland for the anniversary of 2 August  and take part in the celebrations. He left behind a unique artistic legacy – a series of sculptures depicting the lives of Treblinka prisoners and the rebellion they raised in order to save their dignity and be able to tell the world about the Holocaust.

Thanks to the efforts of the Institute of National Remembrance and the support of Ada Krystyna Willenberg, the exhibition of Willenberg's sculptures has been shown in many places in Poland, and now it can be seen at the Zajezdnia History Center in Wrocław. It will also be presented abroad, starting from Germany.

By presenting the profile of the rescued rebel from Treblinka and his message, the IPN President indicated in the letter the need for education about the dangers of all manifestations of totalitarianism. "This is part of our mission, and at the same time an obligation towards young generations," he wrote. I am glad that, in accordance with the artist's last will, an educational pavilion is being built in Treblinka, where the exhibition will be located, reminding the world about the tragic events that took place on this earth.

Ada Krystyna Willenberg also expressed her joy at this, recalling that it had been her husband's great desire. Ada Willenberg unveiled the cornerstone for the future seat of the pavilon and signed the act of transferring Samuel Willenberg's sculptures collection to the Treblinka Museum.

After official speeches and prayers for the murdered, the participants of the celebrations laid wreaths at the monument to the Victims of the Death Camp. Then the guests were shown around the grounds of the former camp.

This year's celebration of the Treblinka Uprising is part of the ceremony commemorating the victims of Operation Reinhardt, on its  80th anniversary, under the patronage of the President of the Republic of Poland, Andrzej Duda. The main organizer of the ceremony is the Jewish Historical Institute.

The Treblinka camp was established as part of Operation Reinhardt, in which all Jews from the General Government were to be exterminated. It was, next to Bełżec and Sobibór, a center for the immediate extermination of Jews. The Treblinka camp had one task: to kill as many Jews as possible in the shortest possible time. The first transport of Jews from the Warsaw ghetto arrived in Treblinka on 23 July 1942. By August 1943, the Germans had murdered about 900,000 people here. Most of them came from the territories of Poland (from Warsaw, Białystok, Grodno, Kielce, Radom, Łuków, Częstochowa, Kozienice and many smaller towns), and the remaining part from Austria, Belgium, Bulgaria, Czechoslovakia, France, Greece, Yugoslavia, Germany and the USSR. Two or three transports of Roma were also murdered here.

On 2 August 1943, an armed rebellion broke out in the camp. On that day, there were about 840 prisoners in the camp. Not all of them took part in the rebellion. The guards were attacked and the fuel tank was set on fire. The main goal was to escape. It is assumed that only about 200 people managed to get out of the camp and escape the manhunts. More than 100 people lived to see the end of the war.