The funeral ceremonies of 14 soldiers of the Polish Army murdered in July 1946 by Ukrainian nationalists in Jawornik Ruski, 29 July 2022

On Friday, 29 July 2022, the funeral ceremonies of 14 soldiers of the Polish Army murdered in July 1946 by Ukrainian nationalists began in Jawornik Ruski (Podkarpackie Voivodeship) with the Holy Mass in the church of the Apostles Peter and Paul. After the service, the mortal remains of those found were buried in the municipal cemetery, next to those killed in the September campaign of 1939. The quarter financed by the IPN has got the status of a war grave. 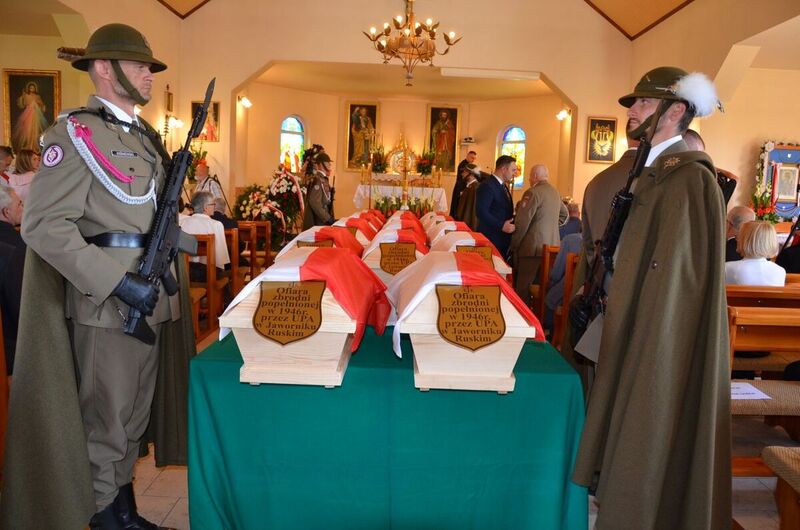 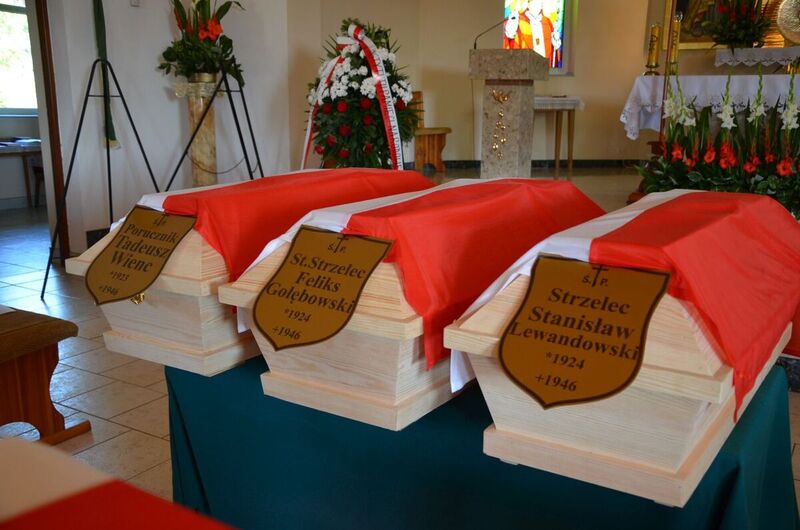 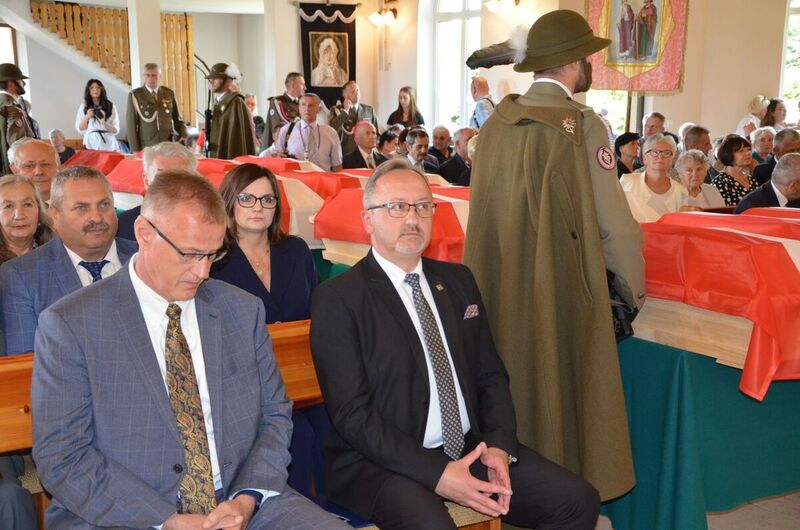 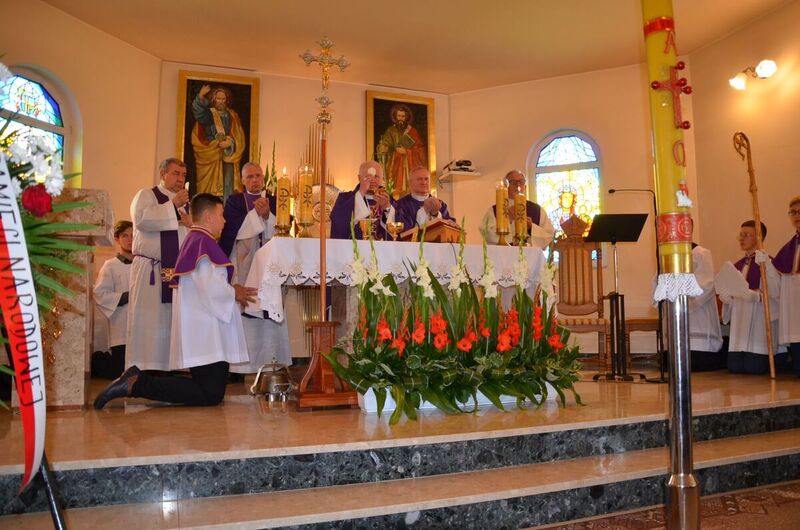 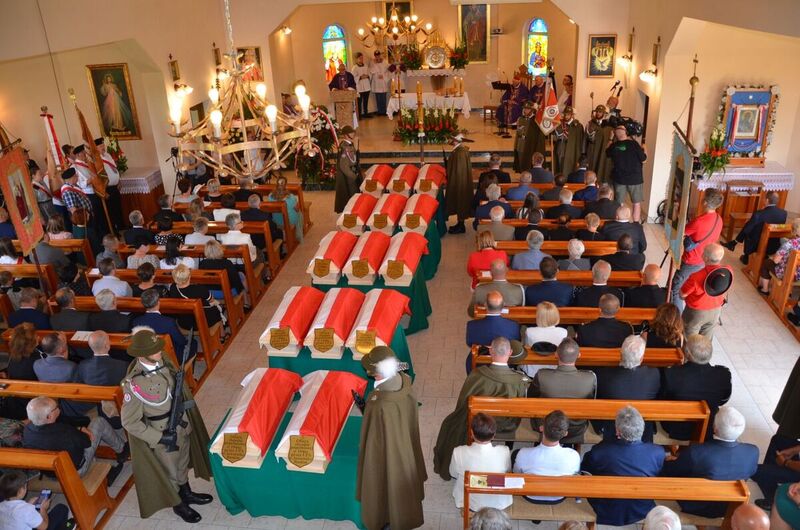 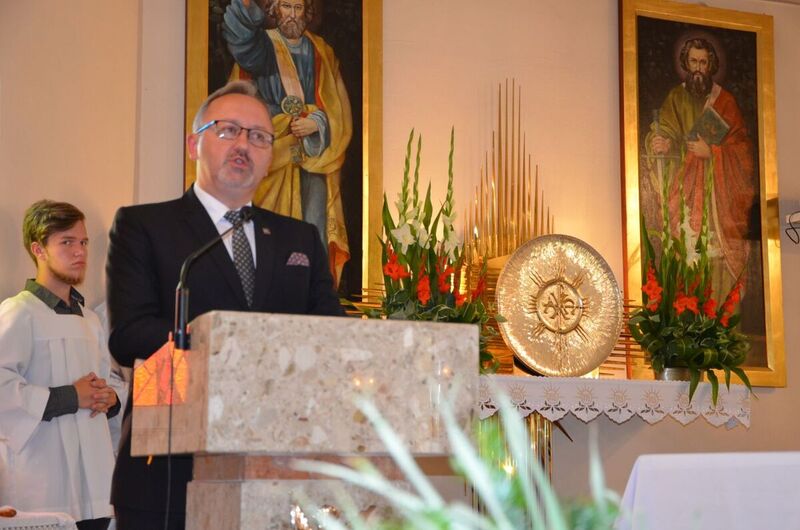 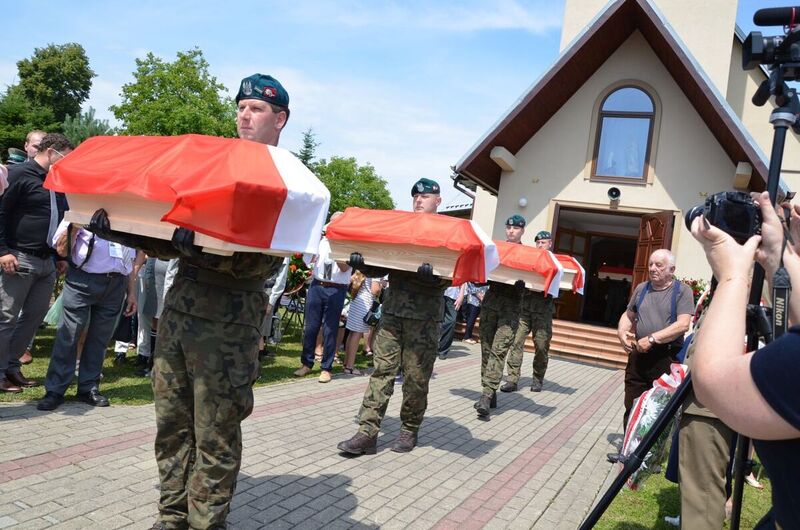 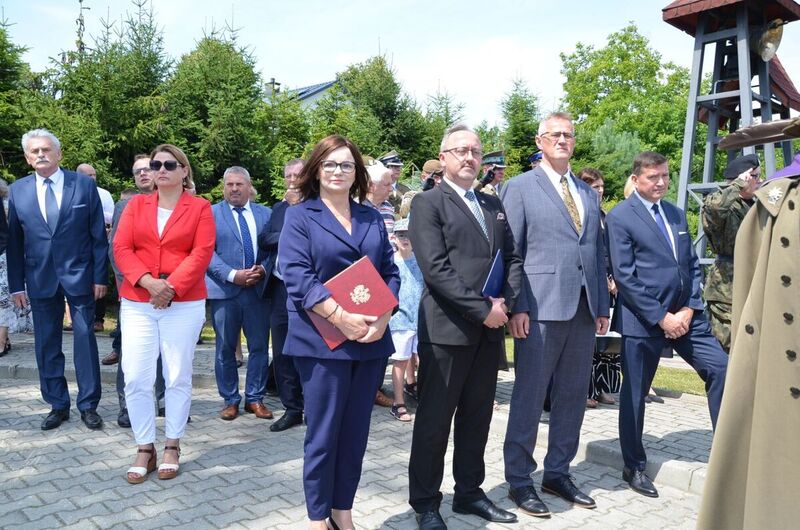 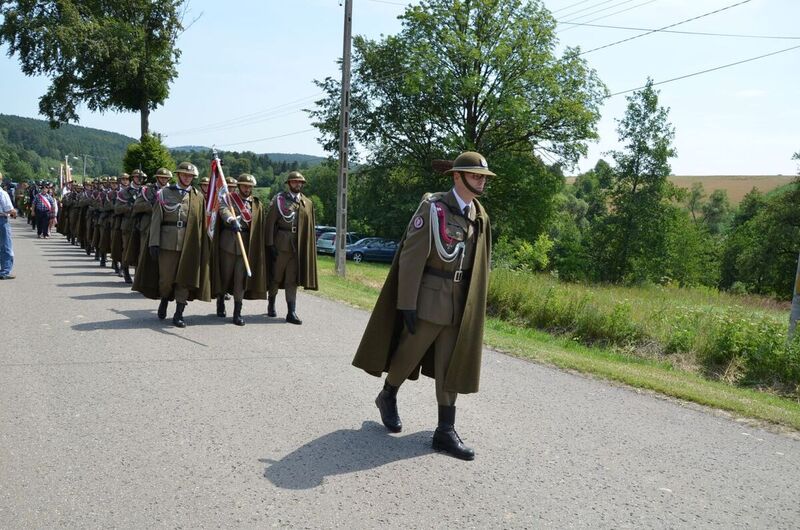 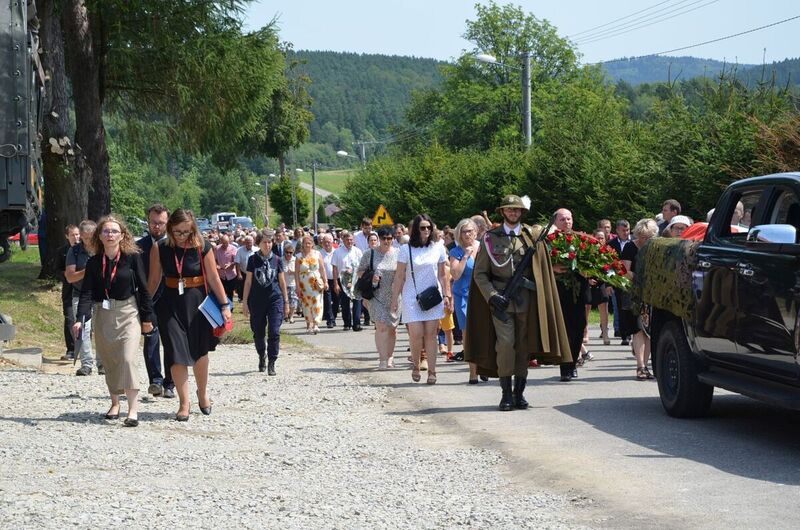 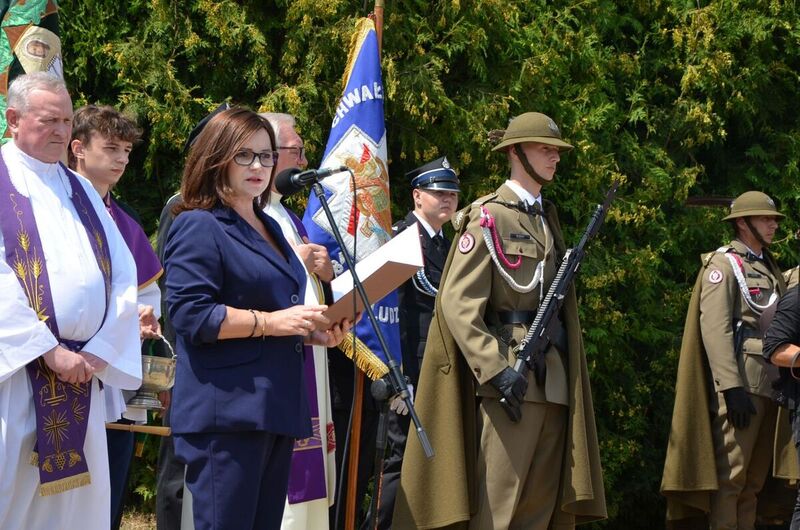 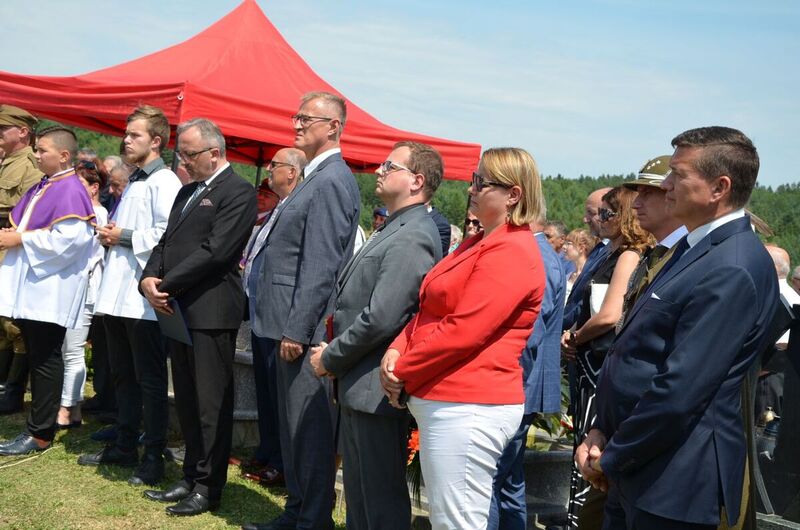 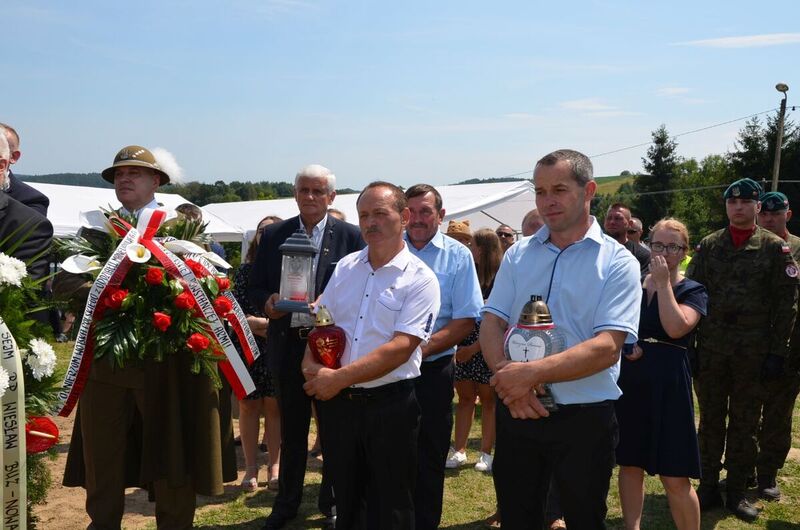 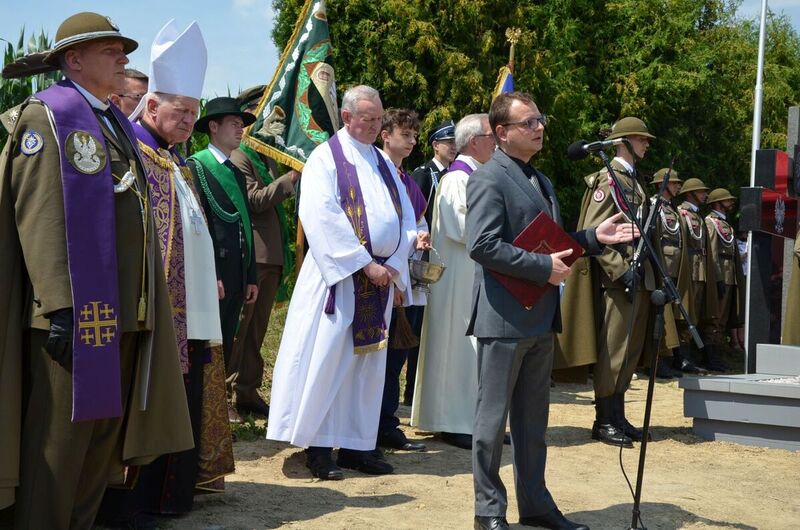 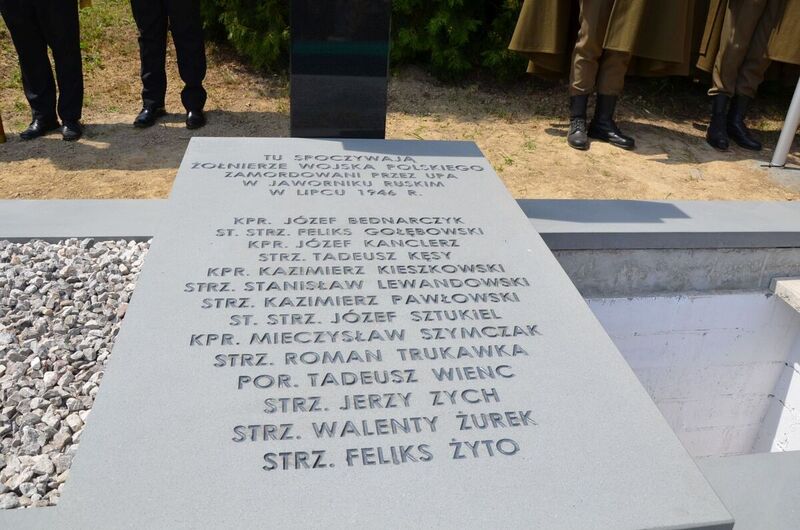 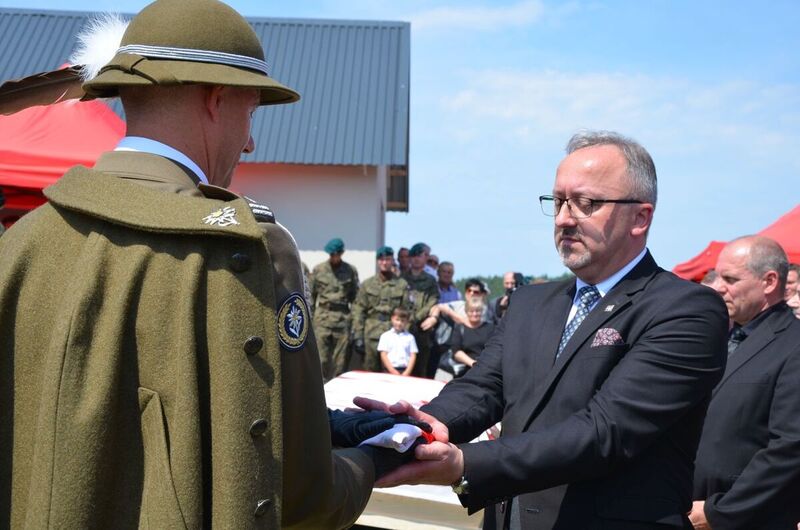 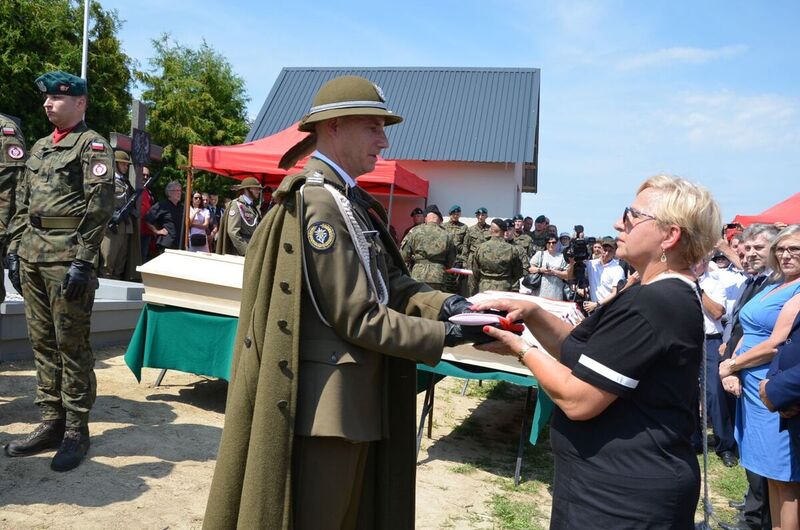 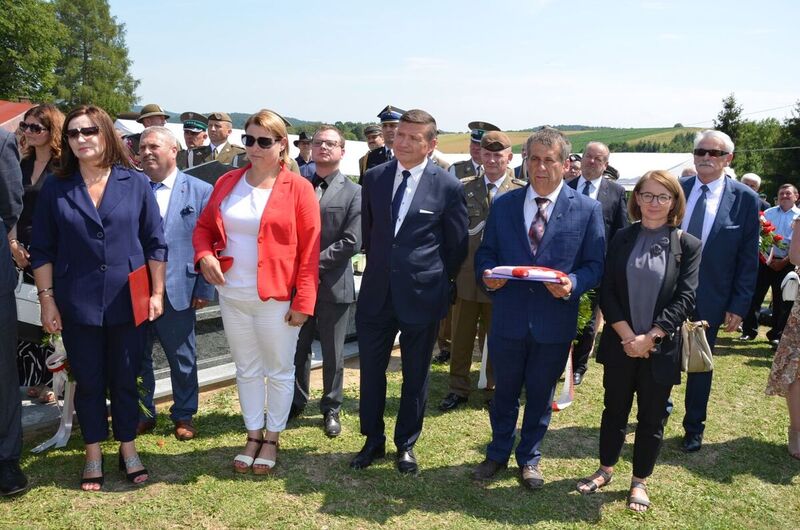 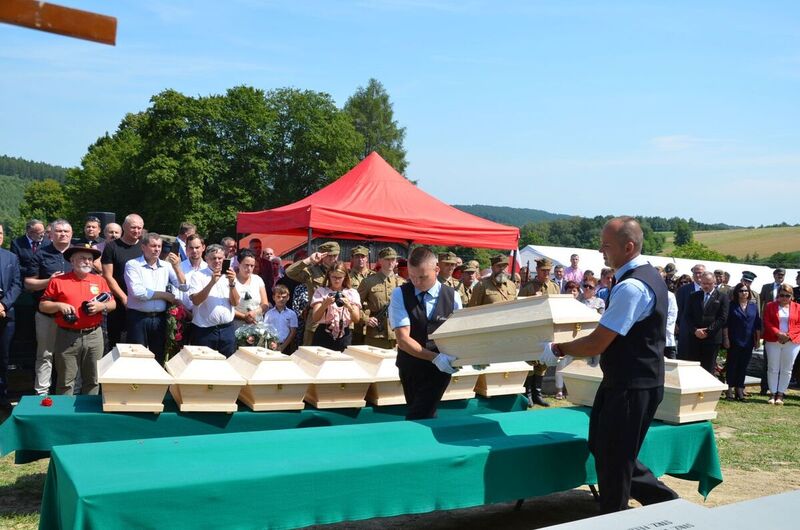 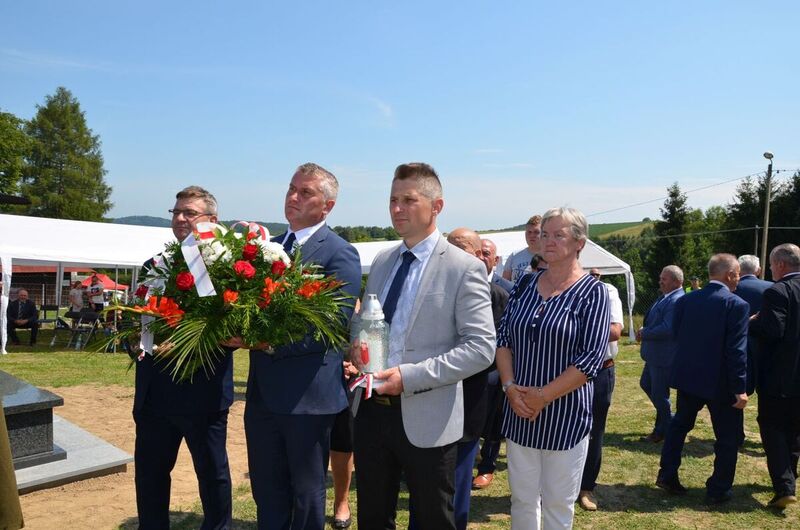 Remembrance is key because without it, we lose our identity. For decades, these 14 servicemen lay in a nameless grave, remembered by no one but their relatives. People who'd sent them against the UPA forgot all about them, or they’d have made an effort to give them burial. Free and independent Poland is not leaving behind its citizens, young boys born in mid-1920s, in free Second Republic. Today, the Polish State is fulfilling its duty of finding the remains of its people, returning them to their families and burying in a proper way, said Prof. Karol Polejowski, Deputy President of the IPN during the ceremony.

Funeral ceremonies in the church of the Apostles Peter and Paul in Jawornik Ruski and the local cemetery were presided over by the Metropolitan of Przemyśl, Archbishop Adam Szal. The homily was delivered by Fr. Col. Władysław Maciej Kozicki, chaplain of the Przemyśl garrison. Members of the families of the murdered soldiers, numerous representatives of state and local authorities, as well as local institutions and communities caring for historical memory were also present.

The organizers of the ceremony are: Director of the Branch of the Institute of National Remembrance in Rzeszów, Dariusz Iwaneczko, Ph.D., D.Sc., Commander of the 21st Podhale Rifle Brigade Gen. Dariusz Lewandowski, Head of the Bircza Commune Grzegorz Gągola. The company of honor was deployed by the 5th Podhale Rifle Battalion in Przemyśl.

In 2015, the Branch Commission for the Prosecution of Crimes against the Polish Nation in Rzeszów was notified by the inhabitants of Jawornik Ruski that in the nearby forests there may be the remains of the inhabitants of nearby Pawłokoma, abducted and murdered by the UPA. The prosecutor of the Branch Commission in Rzeszów and the employees of the Institute of National Remembrance commenced searching the indicated area. The ashes of civilians were not found at the site of the probable execution. The remains of 14 soldiers of the manouvering unit of the 28th Infantry Regiment of the Polish Army from Przemyśl under the command of Lt. Wygnański were discovered instead. They have waited 76 years for a dignified burial.

The following persons were laid to rest in the common grave:

They were mostly young soldiers from various parts of Poland, conscripted into the army and sent to south-eastern Poland, where battles with Ukrainian nationalists took place.

The soldiers were captured on 24 July 1946 during a skirmish with the Ukrainian Insurgent Army in Jawornik Ruski on the orders of the commander of the sotnia, Włodzimierz Szczygielski alias "Burłak" and handed over to the gendarmes under the command of Mychajło Duda, alias "Hromenko". Polish soldiers were shot over a pit near Jawornik Ruski, thrown into the death pit and buried. The discovered remains bore traces of torture, including fractures of the base of the skull, which would indicate violent interrogations. After examining the remains, at the end of 2015, the Institute of National Remembrance initiated an investigation, thanks to which, for the first time after 1989, it was possible to find and identify the victims of the UPA. The Institute of National Remembrance considered this crime a genocide, which means it does not go beyond the statute of limitations.

Two Catholic scapulars were found on the skeletons of 14 soldiers. In the hand of one of the dead, a signet ring with the lK, inscribed in the letter H was found.

On 22 July 2022, the names of victims of German and communist crimes and ethnic purges, whose remains were found and identified by the Institute of National Remembrance, were announced in the Belweder Palace. Among them there were the names of the found and identified skeletons of the murdered soldiers of the 28th Infantry Regiment of the Polish Army in Jawornik Ruski.