40th anniversary of the Fighting Solidarity 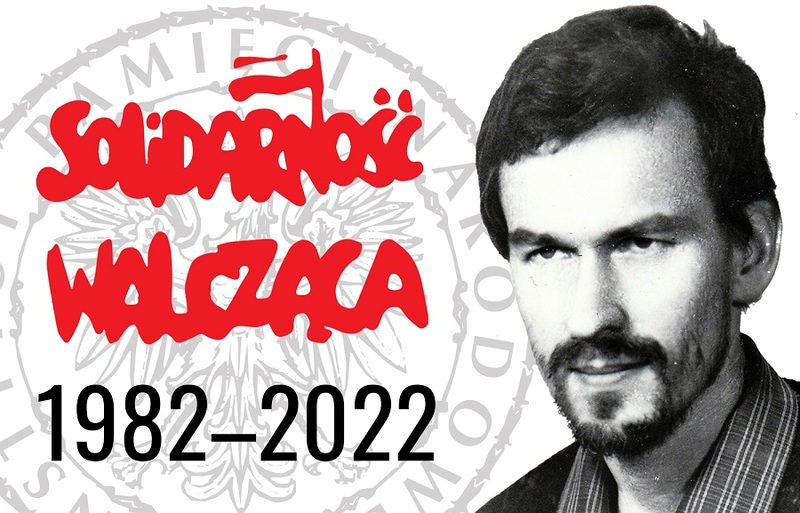 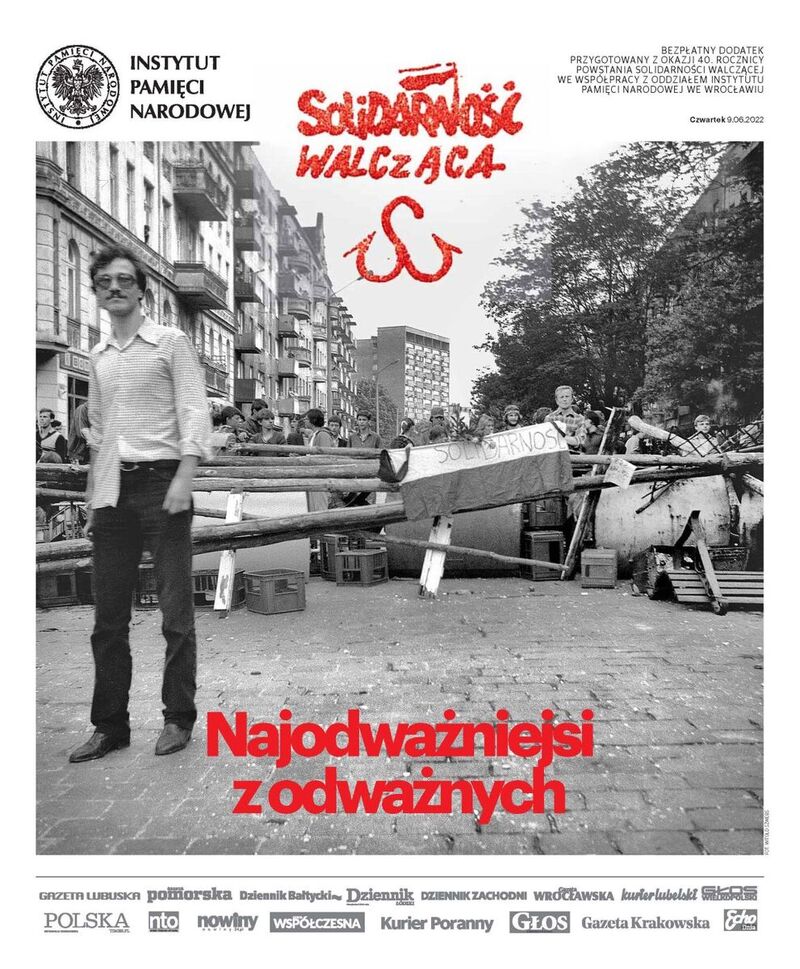 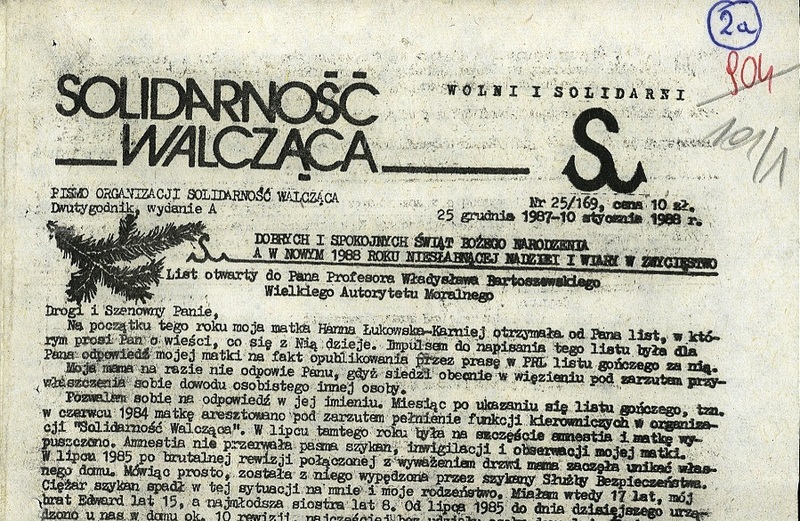 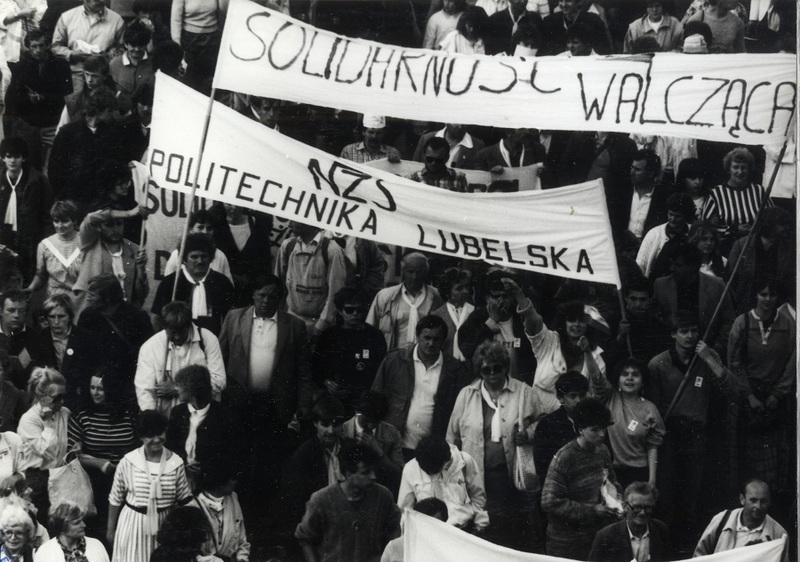 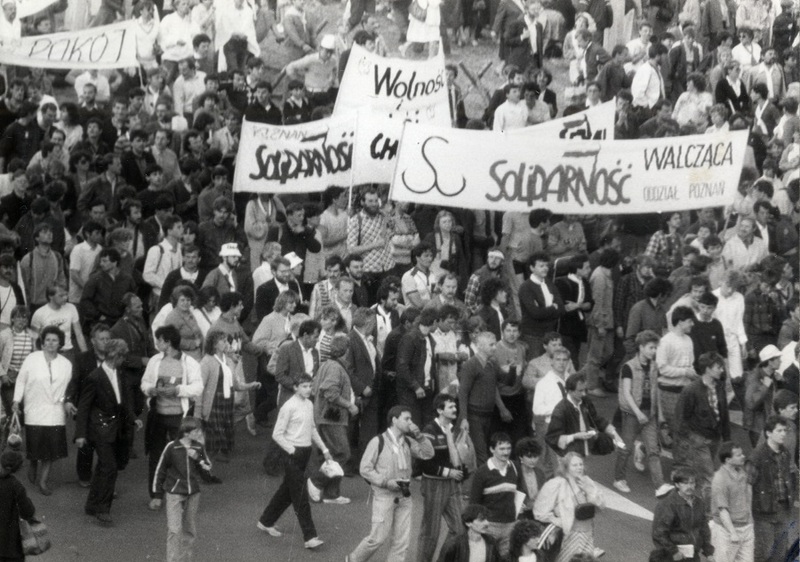 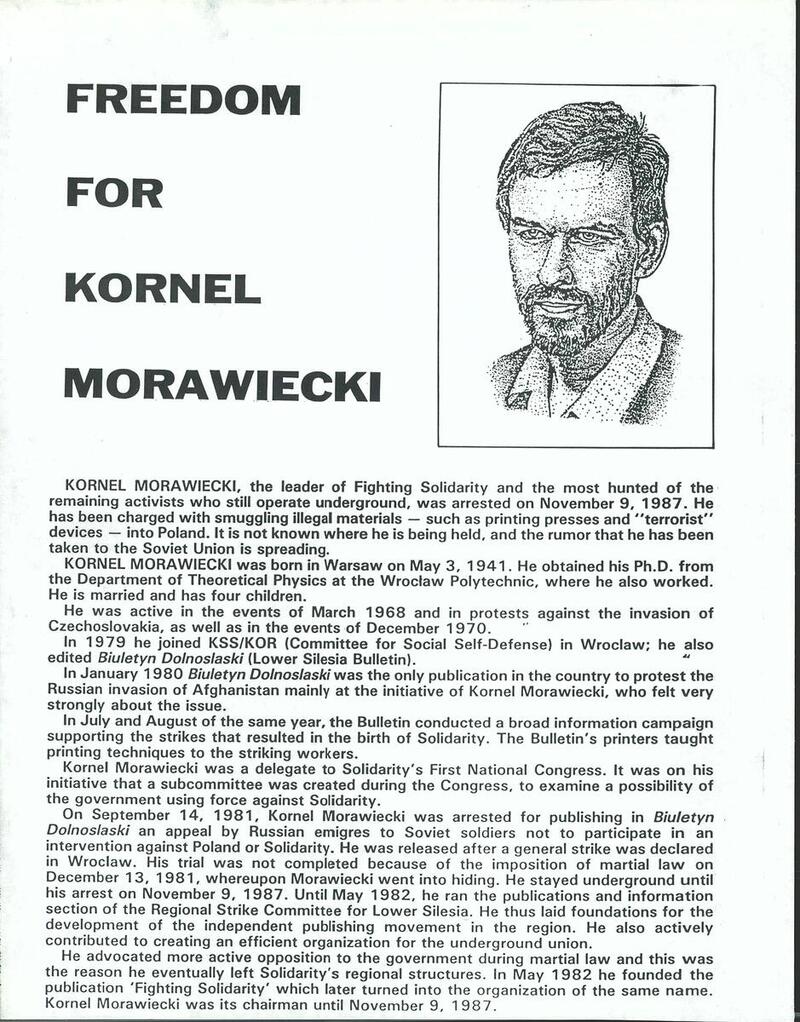 "The Bravest of the Brave" — a nationwide press insert dedicated to the Fighting Solidarity.

On 9 June 2022, a special attachment, prepared in cooperation with the IPN, was published  with over a dozen press titles of the "Polska Press Group" media house.

Brave, uncompromising, and under deep cover— the people of the Fighting Solidarity were a thorn in the side of the communist security services. Over time, they also became troublesome for those who chose to compromise with the communists, wrote the IPN President, Karol Nawrocki, Ph.D., in his article.

It was on 13 June 1982 when the "Solidarność Walcząca" ["Fighting Solidarity"] periodical was first published in Wrocław. The new underground anti-communist organization was founded on the initiative of Kornel Morawiecki.

Kornel Morawiecki, who escaped imprisonment after the introduction of Martial Law in Poland, became the main organizer of the underground press printing and distribution in the Regional Strike Committee "Solidarity" of Lower Silesia. He was also the editor of "Z Dnia na Dzień" [“From Day to Day”], its official periodical. The chairman of the Lower Silesian Solidarity, Władysław Frasyniuk, opposed deep undercover work and the organization of street protests. He rejected, among others, the idea of organizing a march on 13 June, and was against laying flowers at the Solidarity memorial plaque on Grabiszyńska Street in Wrocław. A difference of opinion about the methods of further action made Kornel Morawiecki resign from his membership in Strike Committee of Lower Silesia, and he began working on his "Solidarność Walcząca" periodical.

The first issue was published on 13 June 1982, although it went into circulation a few days earlier. Kornel Morawiecki in the “If we want to live” editorial called for a fight, which he understood as a readiness to sacrifice one's own life in defense of the weak and persecuted. An article by Paweł Falicki, writing under the name of Piotr Kminkiewicz, argued the superiority of street fights over strikes in industrial plants. The magazine editors also called on the readers to participate in the protests on 13 June. As a consequence, thousands of people took part in the demonstration, and barricades were erected in the streets of Wrocław. Fights against the Citizens’ Militia lasted until late at night.

The methods of fighting the communists suggested by the editorial board of "Solidarność Walcząca" showed that the Polish society needed an organization with a radical anti-communist program. Therefore, on 1 July 1982, the people gathered around the "Solidarność Walcząca" paper established the Fighting Solidarity Agreement, which sought to create a new social order based on the solidarity principles.

Cross of Freedom and Solidarity

On 11 June 2022, on behalf of the President of the Republic of Poland, the Cross of Freedom and Solidarity was awarded to fourteen members of the Fighting Solidarity in Wrocław.

More about the ceremony of presenting Crosses of Freedom and Solidarity in Wrocław.