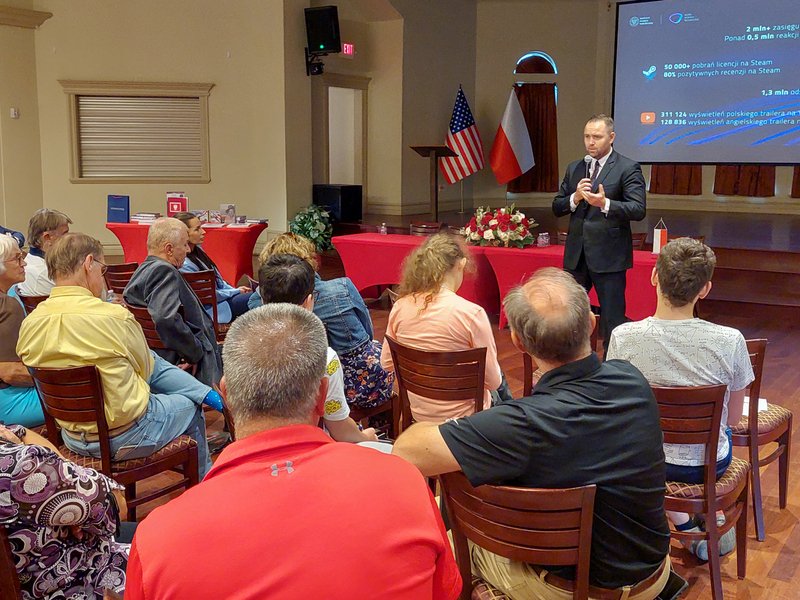 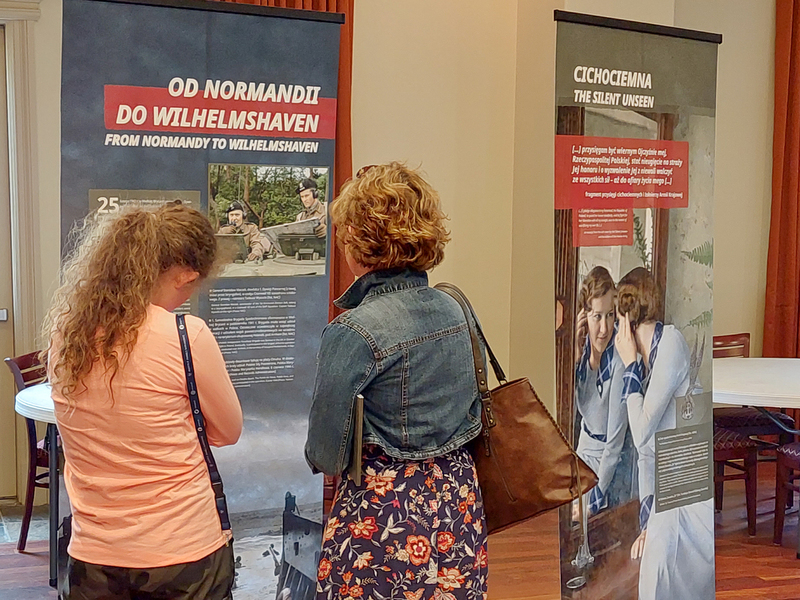 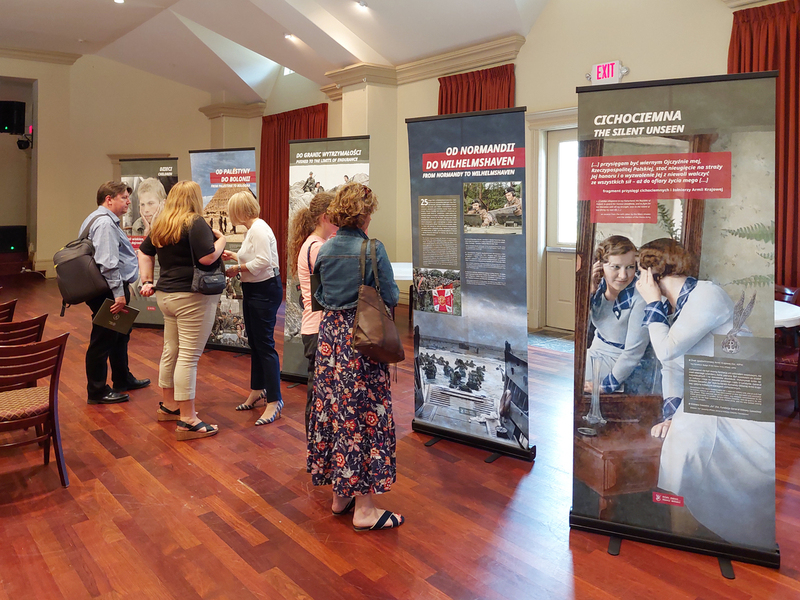 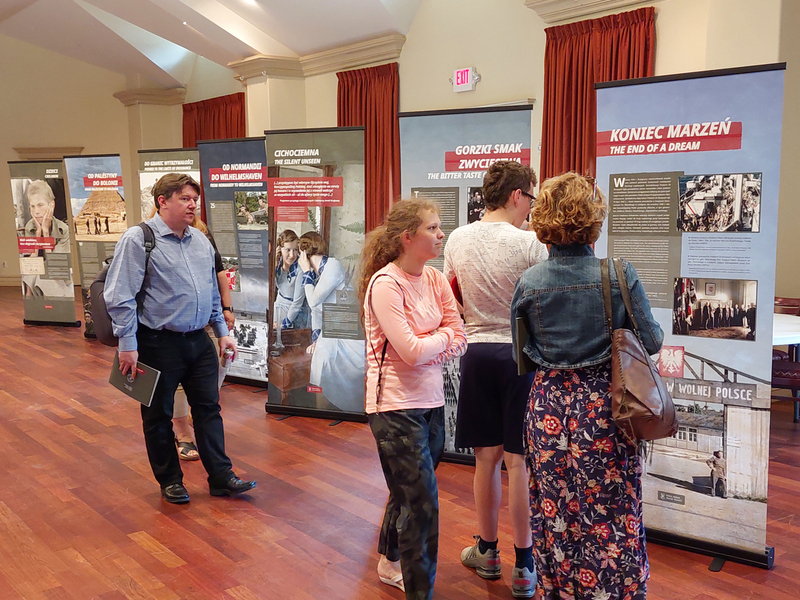 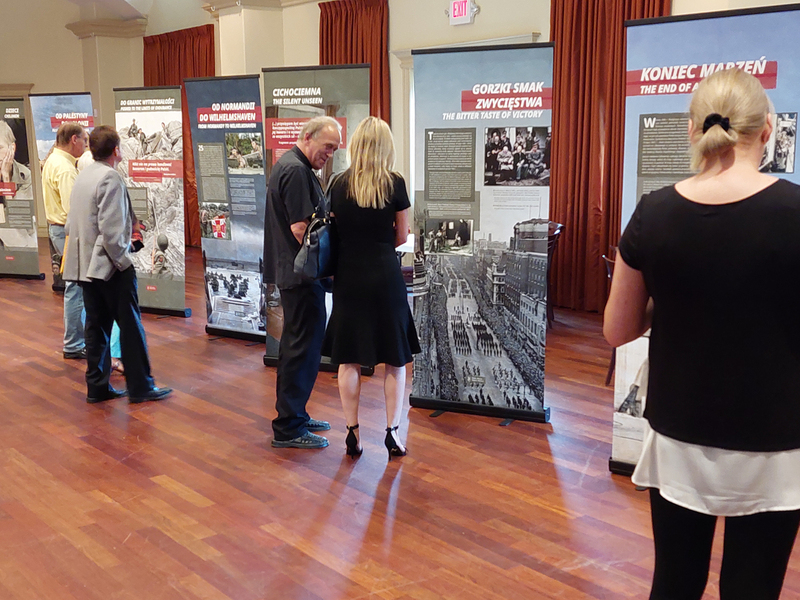 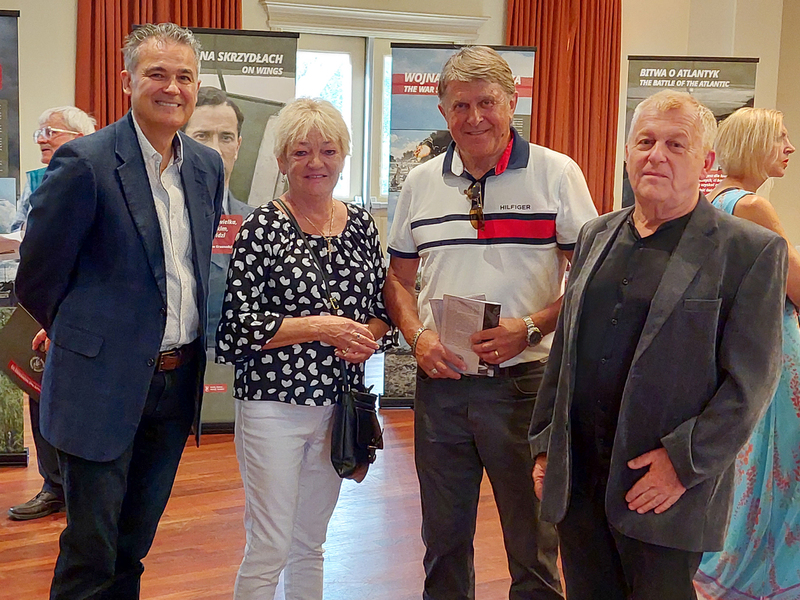 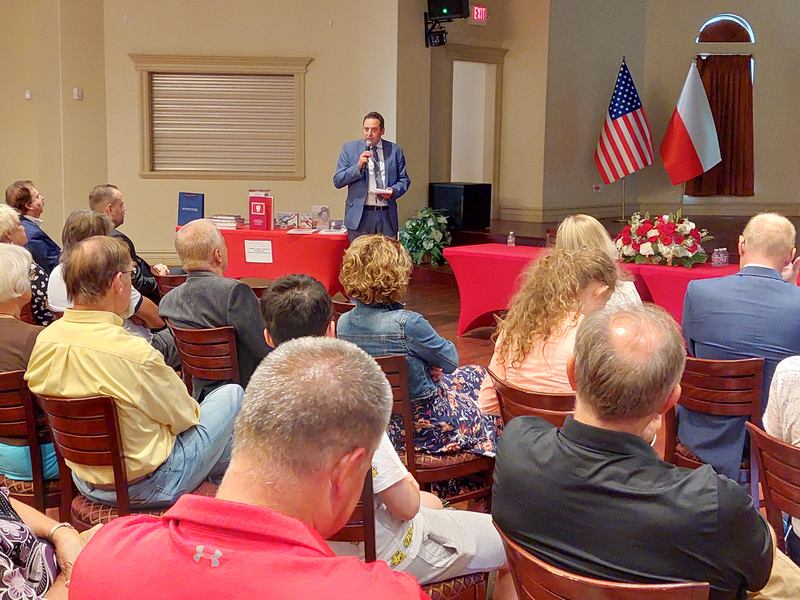 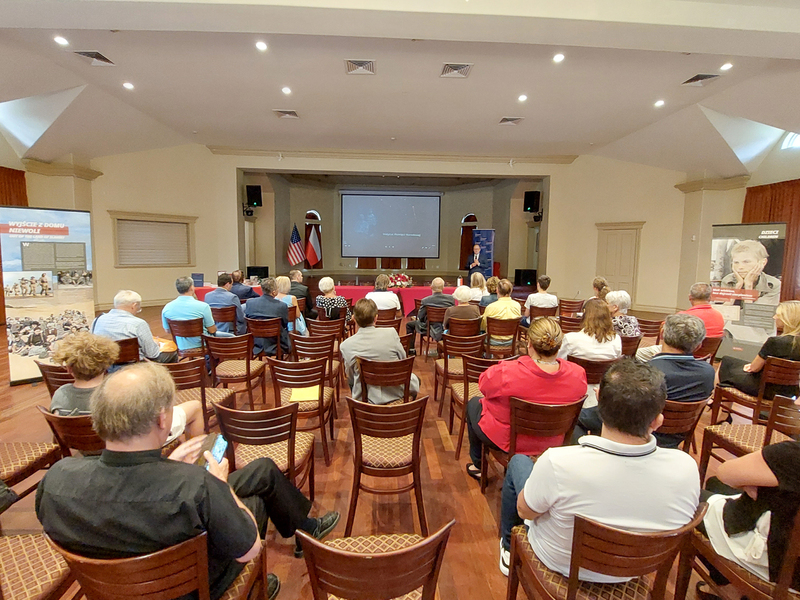 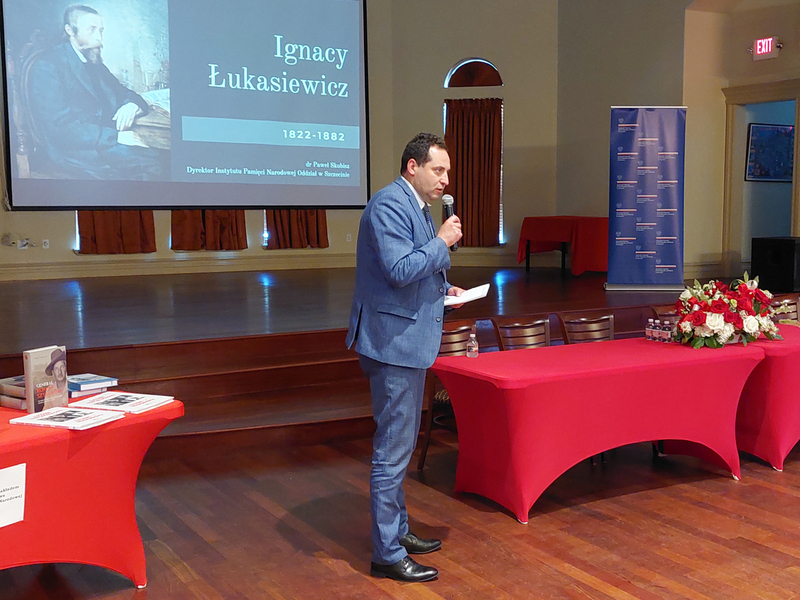 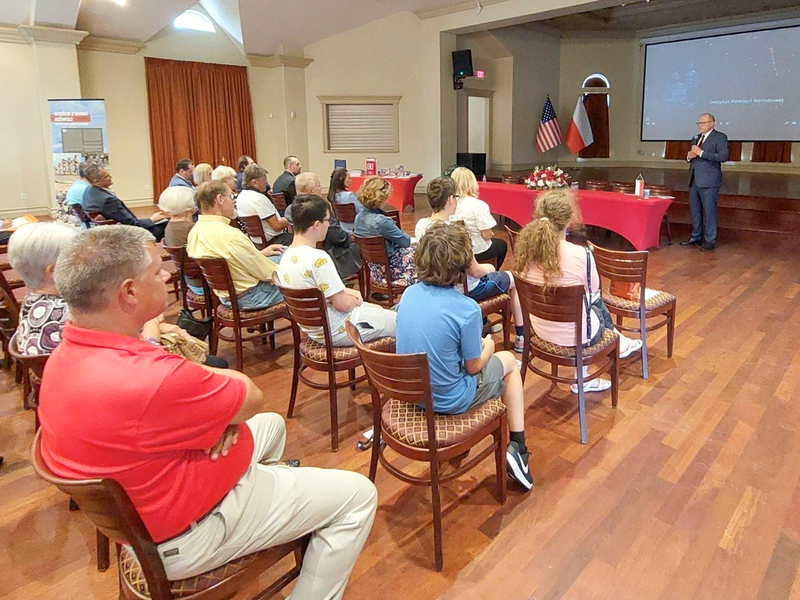 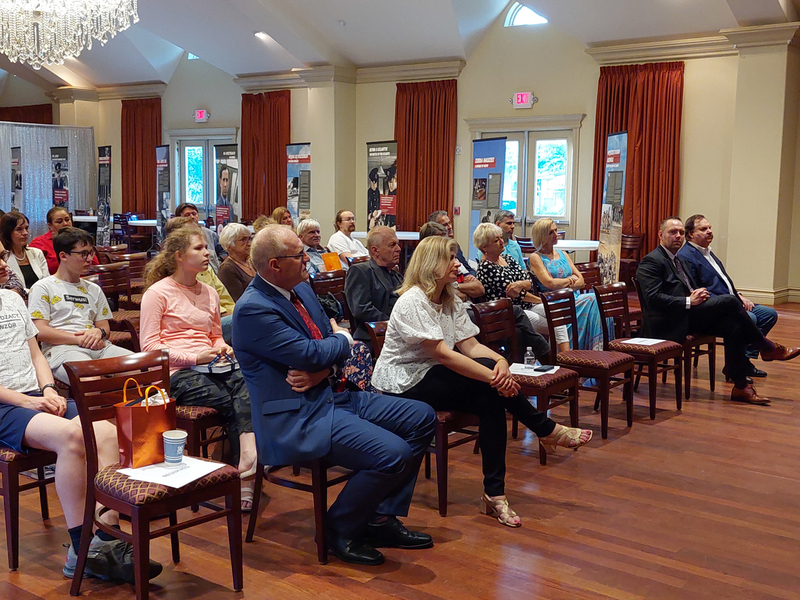 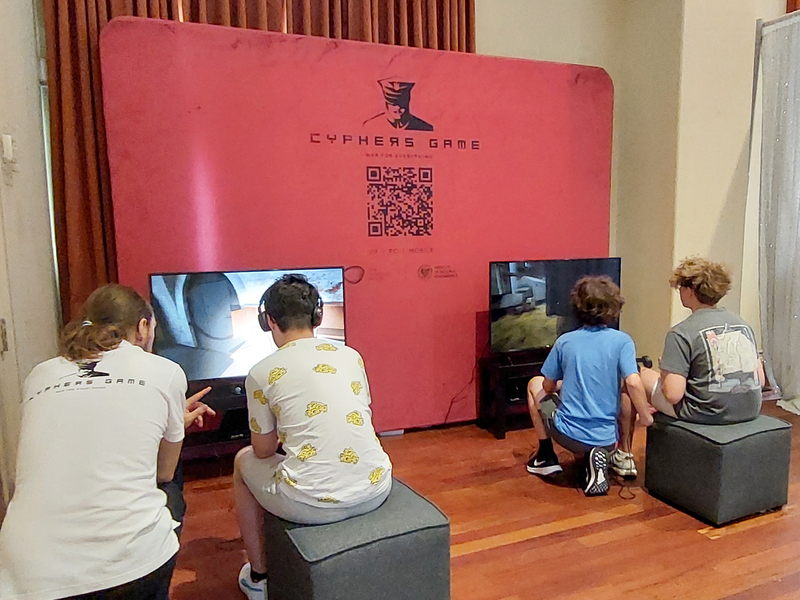 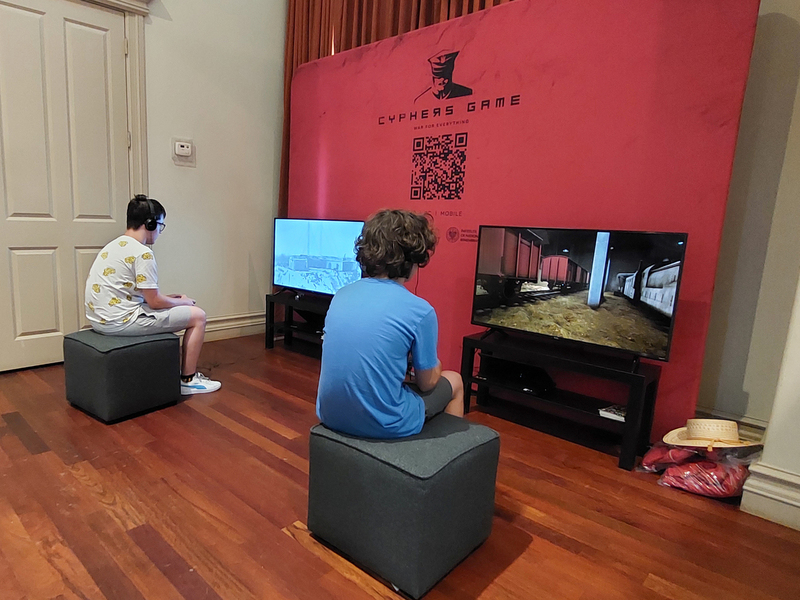 The IPN President Karol Nawrocki and key members of the Institute leadership took that latest project – commemoration of thousands of Poles who left the Soviet Union with General Władysław Anders in 1942 and then fought the Axis in the ranks of 2nd Corps – to Texas to present it to Poles and Americans there and promote the knowledge of the Polish input into WWII victory. The visitors met with the local diaspora and Consul Robert Rusiecki in the Polish Church of Our Lady of Częstochowa in Houston, the exhibit venue.

The IPN head spoke about the Polish experience in opposing two totalitarian regimes, German Nazism and Soviet communism, and outlined the WWII contribution of our countrymen and Polish Americans in the US Army.

"From day one, Poland suffered huge losses, both human and material. It is a suffering that cannot be translated into numbers and statistics . . . However, Poles did much more than suffer: they fought on all fronts, and Polish remains can be found in nearly every corner of the world."

The opening of the "Trails of Hope. Odyssey of Freedom" was followed by a screening of a documentary that recorded the exhibit launch in Europe, Asia and Africa. Introducing the project, Karol Nawrocki said,

""It is the trail of Polish hope for freedom that our exhibit commemorates. It recounts the exploits of brave soldiers and honors their will to fight and defeat the enemy. This trail of hope ended in 1945, the year which, sadly, did not bring us liberation."

The IPN President then gave his listeners a brief overview of the decommunization initiatives by the IPN, important in the context of the ongoing war in Ukraine. He also stressed the need to raise historical awareness at home and abroad, and explained that the Institute’s focus on modern technologies is producing new resources and communication channels that will appeal to the young generation.

The use of latest tools in teaching history was elaborated on by Magdalena Hajduk, head of the IPN Modern Technology Division, who briefed the audience into key strategies of her department, and, as an example, demonstrated "The Cyphers Game," a maiden project that has met with with very warm reception in the gaming community.

Houston is the largest city in the state of Texas and also the fourth largest in the United States. It turns out that just like other cities in the USA, Houston is also home to many American citizens of Polish origin who cherish the history and culture of their ancestors.

The oldest of all the settlements founded by Poles in America is assumed to be Panna Maria, established in 1854 at the initiative of Upper Silesians from Płużnica Wielka near Strzelce Opolskie, led by Father Leopold Moczygemba. This settlement was located in the southern part of Texas, south-east of San Antonio. It was from there that Poles went to other cities in the USA, including Houston, which, in the late 19th and early 20th centuries, was developing rapidly thanks to its industrial base and maritime trade.

Houston’s economic boom and the expansion of the oil industry and related chemical industry attracted Polish farmers from south and central Texas to Houston. The Polish community in Houston grew steadily, becoming an important pillar of the American community. In consequence, Polish immigrants willingly joined together in the various organisations or associations which were active on the territory of the USA: the Union of Poles in America [Polish: Zjednoczenie Polaków w Ameryce] (1870), the Polish Organization in America [Polish: Organizacja Polska w Ameryce] (1874)), the Polish Roman Catholic Union [Polish: Zjednoczenie Polskie Rzymskokatolickie] (1874), the Polish National Alliance [Polish: Związek Narodowy Polski] (1880), the Polish Women'’s Alliance of America [Polish: Związek Polek w Ameryce] (1899). The activities of various Polish organisations also contributed to the establishment of many institutions cultivating Polish history and culture. One of these was the Polish Home in the Heights district of Houston, established after World War I.

A breakthrough moment for the Polish community in the United States was the end of World War II and the enslavement of Poland by the Soviet Union. In the years 1949-1950, a new wave of Polish emigration reached the USA. This consisted of ‘war castaways’, i.e. people who had served in the Polish Armed Forces and fought against Nazi Germany in Western Europe and, for political reasons, could not or did not want to return to People’s Poland. In addition, many Poles also decided to emigrate for economic reasons. Some of these, after settling in Houston, became involved in the activities of the existing Polish organisations, and some in the Polish American Congress of the State of Texas. The first meeting of the PAC in Texas took place on 27 February 1971. It was organised by Father Jan Yanta, a descendant of the first settlers of the Panna Maria settlement. The convention of the Polish Congress held in 1972 at the historic Rice Hotel in Houston saw the establishment of the Houston branch of the Polish Congress. This was headed by Dr Józef Jachimczyk, and later by Dale Gorczynski, both  descendants of Polish emigrants.

The Polish community living in Houston repeatedly demonstrated its sympathy with its compatriots through such actions as the demonstrations organised by the Polish Congress of Texas in December 1981 in front of Houston City Hall in protest against the proclamation of martial law by Wojciech Jaruzelski and the arrest of Solidarity members. Houston also became the new home of many of the Poles who decided to emigrate in 1981. After the collapse of the Soviet Union, some of them returned to their homeland. However, a large number of them stayed in Houston forever.