The ceremonial gala during which the laureates of this year’s "Custodian of National Memory" Prize will receive their awards from the President of the Institute of National Remembrance, Karol Nawrocki Ph.D., is going to be held at the Royal Castle in Warsaw at 12:00. The event will be broadcast live on IPNtv. 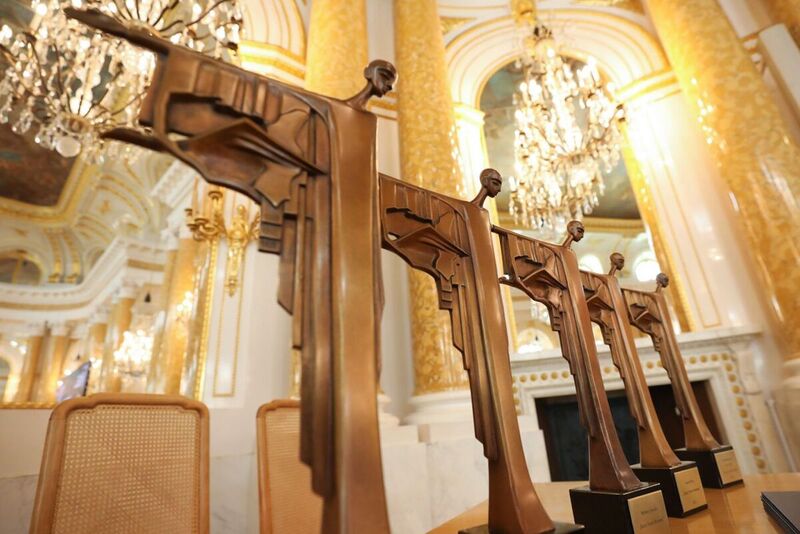 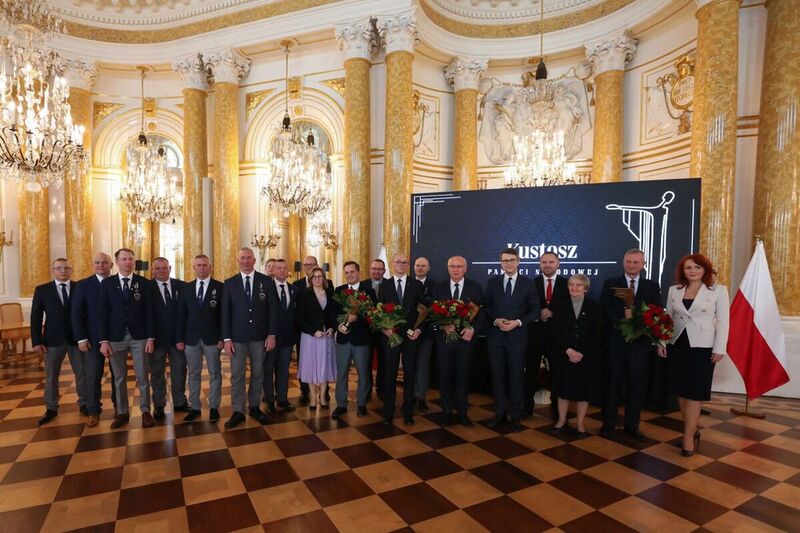 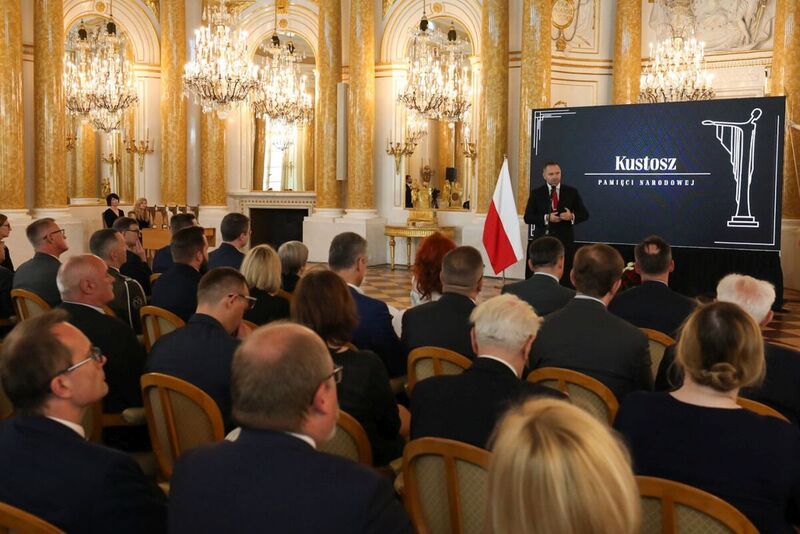 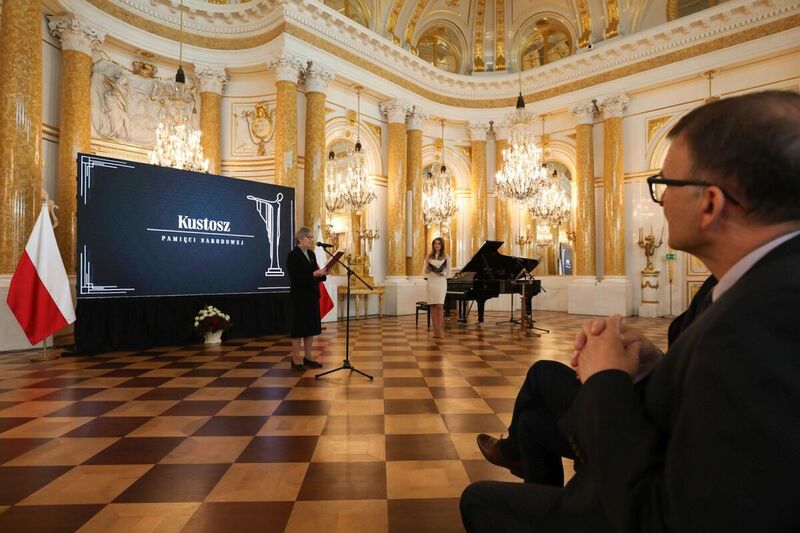 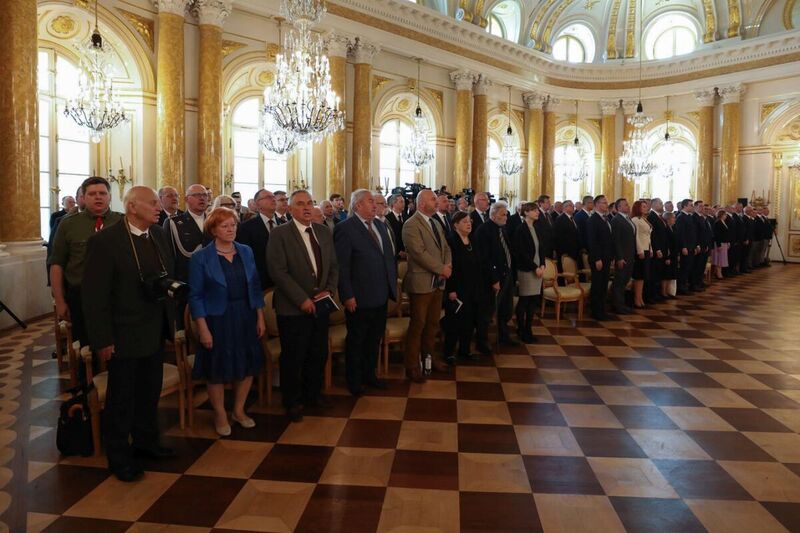 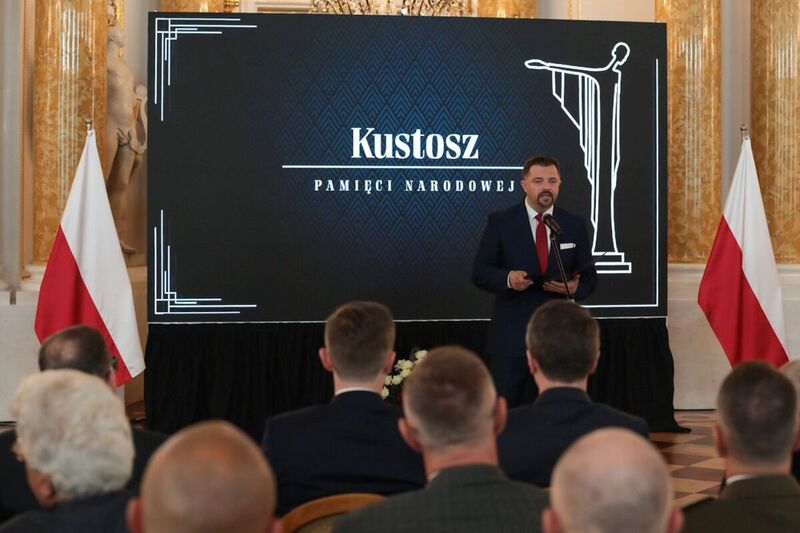 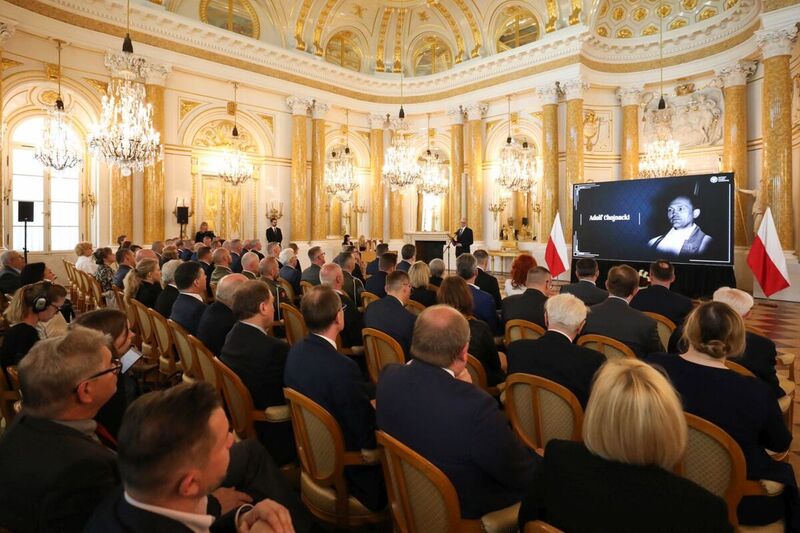 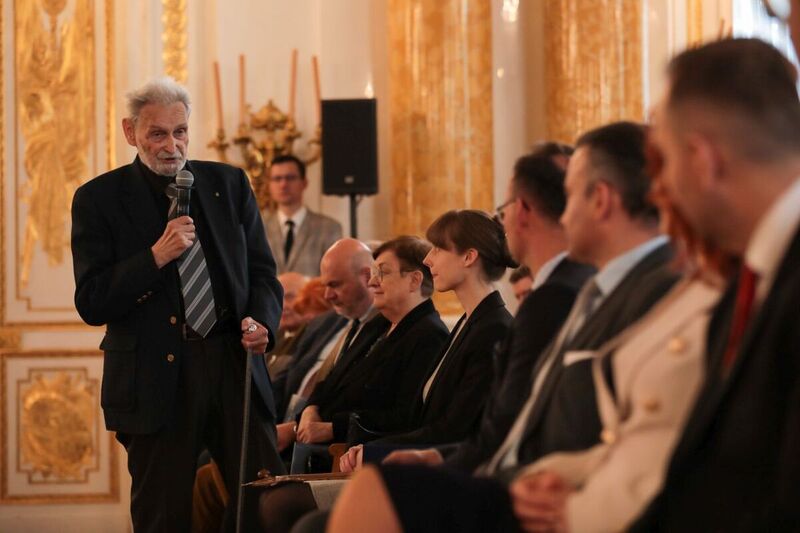 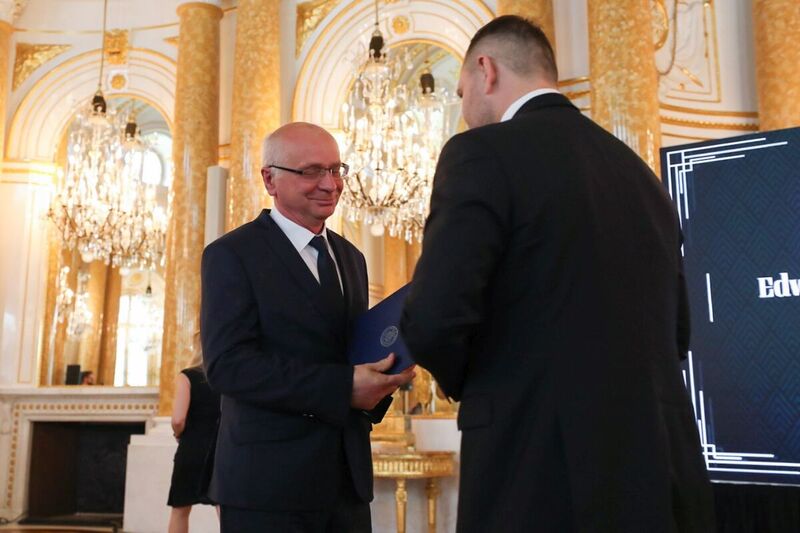 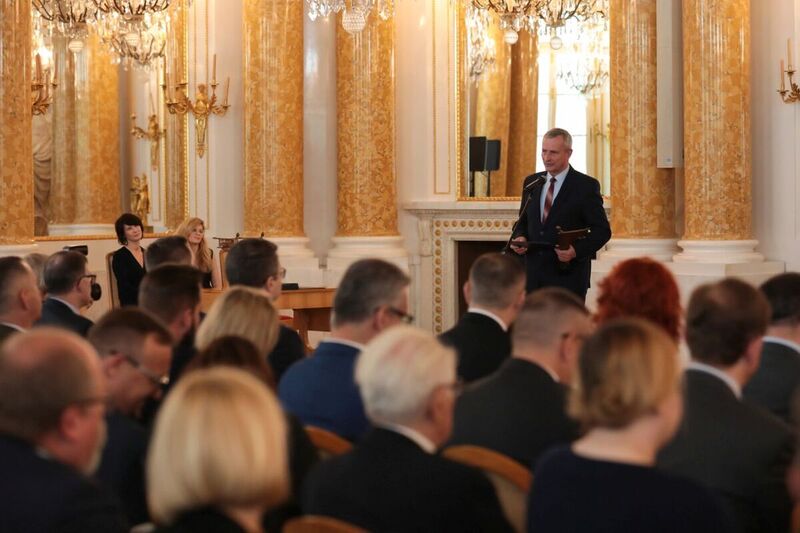 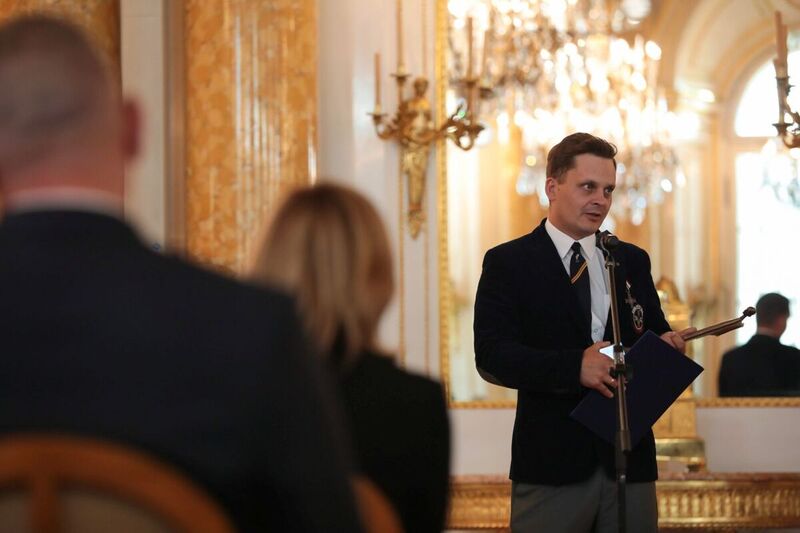 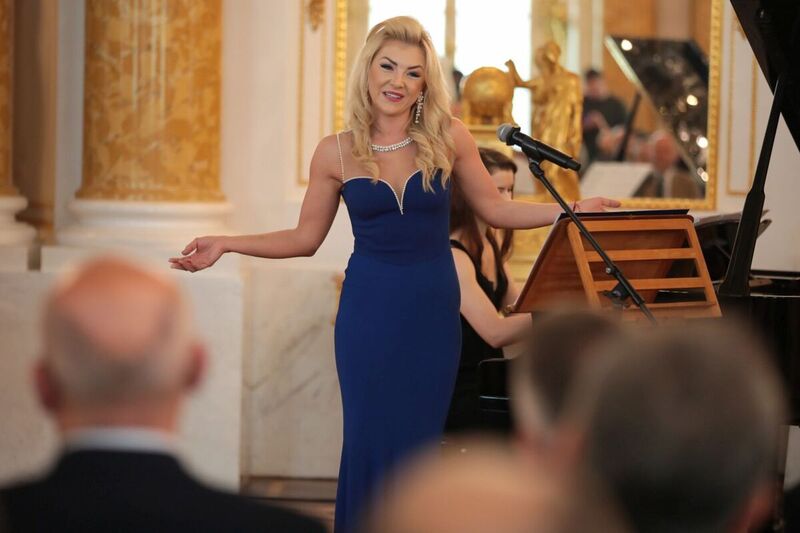 Since 2002, the Institute of National Remembrance has been awarding the Custodian of National Memory Prize, initiated by Janusz Kurtyka and his associates from the Cracow Branch of the IPN. The main idea behind it was to restore respect for the nation’s past and protect the values ​which saw Poland through the years of totalitarian enslavement. The Institute wanted to reward people and organizations which had worked to commemorate national history, their work in line with the statutory goals of the IPN.

Primate of the Millennium, Cardinal Stefan Wyszyński, had warned that "a nation without history, without a past, soon becomes a nation without land, a homeless nation, without a future." Therefore, it is our duty to remember our history. Custodians of National Memory help us fulfil that duty – and in doing so, they play a very significant role in building the foundations of Polish identity, which draws its strength from history and tradition.

A custodian is a guardian and keeper of memory of places, events and people from the past; his or her  job is to collect artifacts and documents, to keep them safe, and to preserve them for future generations. We are all indebted to those guardians of our memory who, sometimes completely on their own, against indifference of others, sometimes repressed by the communist regime, and after 1989 abandoned by the Polish state, kept this priceless deposit of our proud history and our independence safe.

Human memory – often so fragile and fleeting – is a powerful force capable of preserving the traces of vices and examples of virtue. It is also a glue that shapes the identity of nations. Who would we be today as a nation if it were not for the awareness of the heroism of Captain Pilecki or the sacrifice of Warsaw insurgents? We do not look back only to nurse fond memories but to analyze and better understand the present and to shape the minds of future generations.

In these minds freedom, independence, solidarity, patriotism must be ingrained, as these are the ideas that should be the signpost, Ariadne's thread in the maze of life choices. Examples of heroism and dedication went down in history. And yet, without witnesses of these events, without those who cultivate the memory of the fallen and the murdered, without tireless researchers of history, we would have nothing but shadows of those long-gone heroes.

“Alongside language and cultural heritage, it is history and remembrance that constitute the essence of any nation. The custodian of national memory is the guardian and protector of the past,” said Karol Nawrocki opening the ceremonial gala, held under the patronage of the President of Poland, Andrzej Duda.

“A custodian is also a person who proclaims the truth in the kingdom of lies which was communist Poland. A custodian is a person who is ready to proclaim the truth about Polish history even in the space and time affected by amnesia, and unfortunately, this was also the case after 1989,” added Karol Nawrocki.

“ Your life stories, dear Custodians, testify to the fact that you fulfil all those roles,” said Karol Nawrocki addressing the award winners.

The award was presented to the following people and organisations: 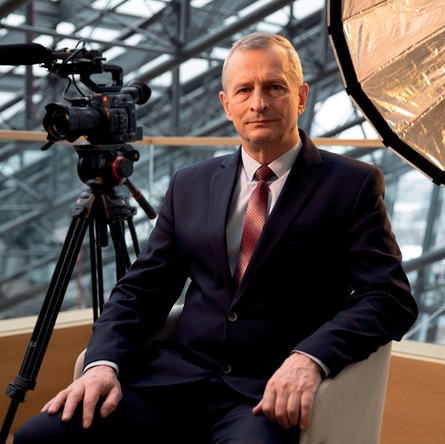 Waldemar Kowalski – psychologist by profession, retired Major of the Prison Service. His findings, based on prison records and witnesses' accounts, contributed to finding and exhuming the remains of heroes of the anti-communist underground - Danuta Siedzikówna "Inka", Feliks Selmanowicz "Zagończyk" and Adam Dedio "Adrian". Since 2010 Waldemar Kowalski has been associated with the Museum of the Second World War in Gdańsk. 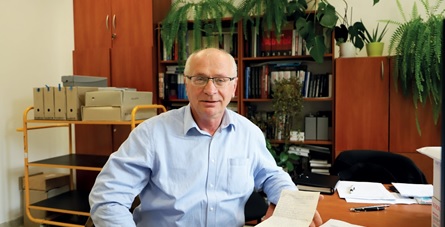 Edward Müller - politician, trade union activist, oppositionist repressed during the communist period, the creator of a private "Solidarity" archive. Since 2005 Edward Müller has been cooperating with the IPN branch in Gdańsk, to which he has been successively transferring his rich collection of documents related to the activity of "Solidarity" in the Pomeranian region of Poland. 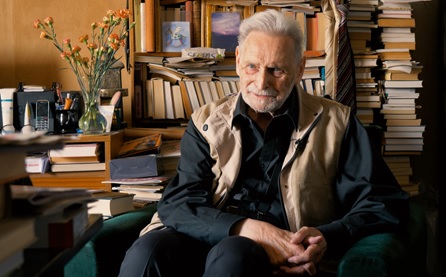 Bohdan Jerzy Urbankowski – an opposition activist in communist Poland, writer and philosopher. The author of biographical books about renowned Poles, such as: Karol Wojtyła, Adam Mickiewicz and Józef Piłsudski. During the Martial Law period, he co-established and co-edited underground publications. 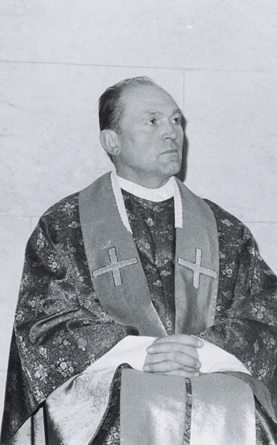 Father Adolf Chojnacki - a posthumous award (1932–2001). During the communist period in Poland Fr. Chojnacki publicly criticised the authorities and did not comply with regulations restricting his pastoral work with young people. He spoke publicly about events in Polish history falsified by the communists. 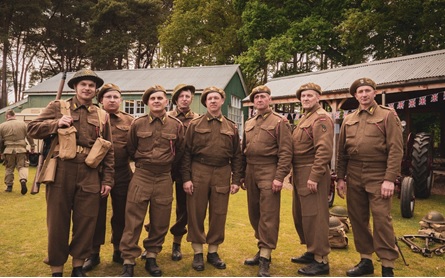 The “First to Fight” Reenactment group. The group recreates uniforms of various Polish World War II units and presents them at commemorative events held across the UK. In addition to historical reconstruction, members of "First to Fight" maintain regular contact with the last surviving Polish veterans.Thanks to the efforts of the members of the group, the gravestones of Lieutenant Adam Marcinkiewicz, a soldier of General Maczek's 1st Armoured Division, and airman Henryk Bolcewicz, a pilot of the 301 Squadron, were unveiled at the Newark Cemetery.

The gala ended with a recital of compositions by the greatest Polish composers performed by pianist Ewa Marianna Sarwińska and soprano singer Joanna Nawrot.