Opening of the “Ostashkov, Post box No. 37” IPN exhibition. The ceremony took place on 13 April 2022, in the Museum of the Second World War in Gdansk

The exhibition of the Institute of National Remembrance is devoted to the fate of Polish citizens imprisoned in the NKVD special camp in Ostashkov and murdered as part of the Katyn massacre. The 14 panels present the story of their stay in the camp, ending with their death in Kalinin (called also Twer). 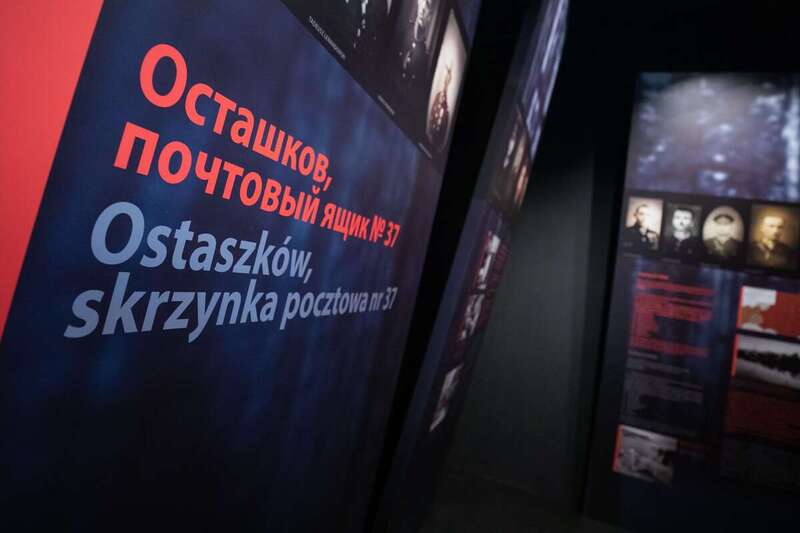 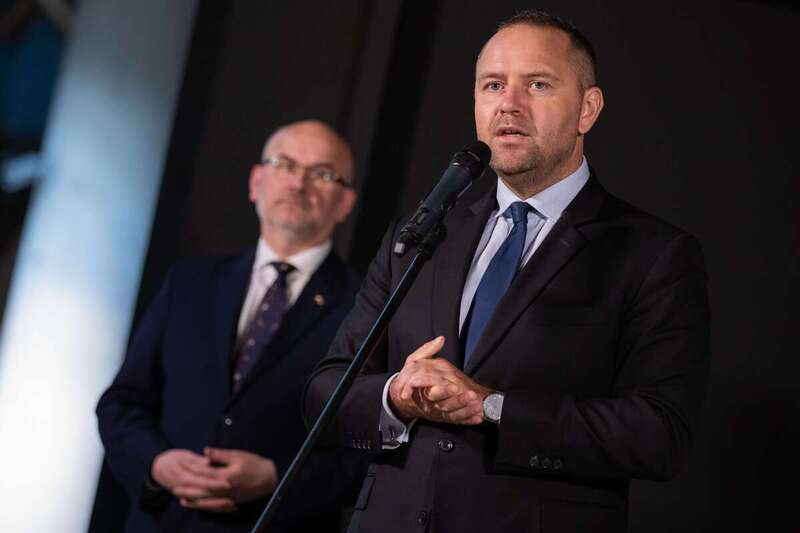 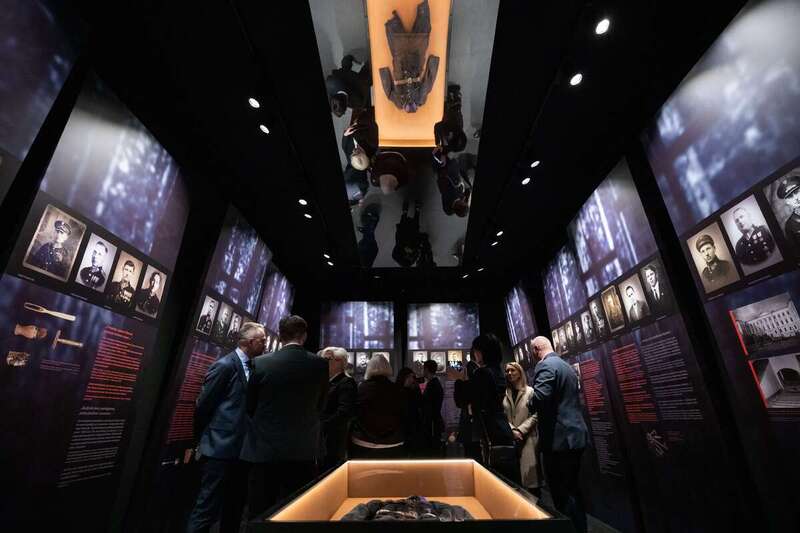 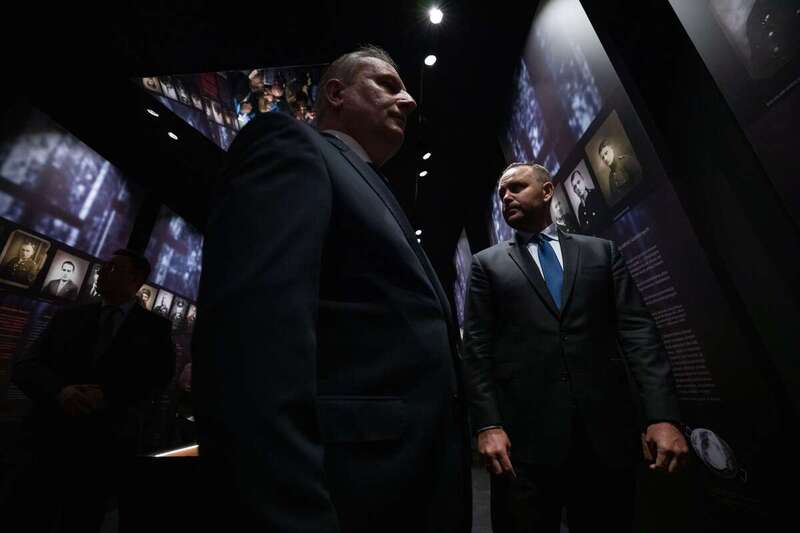 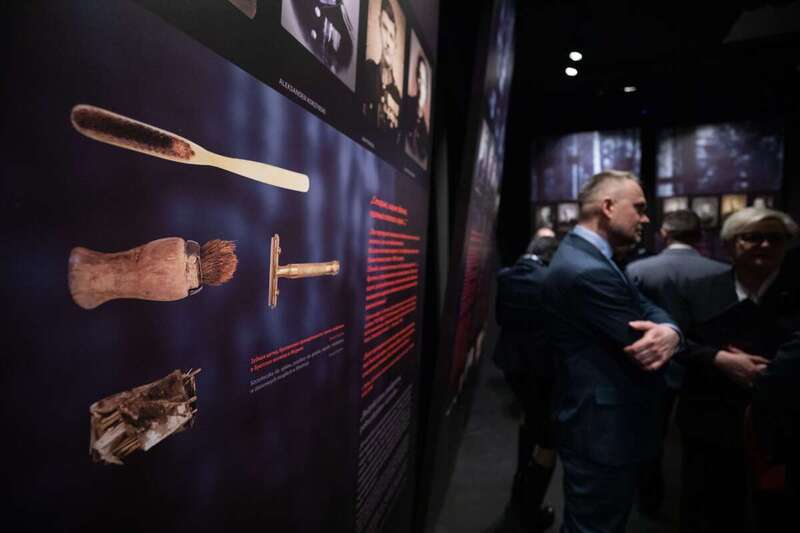 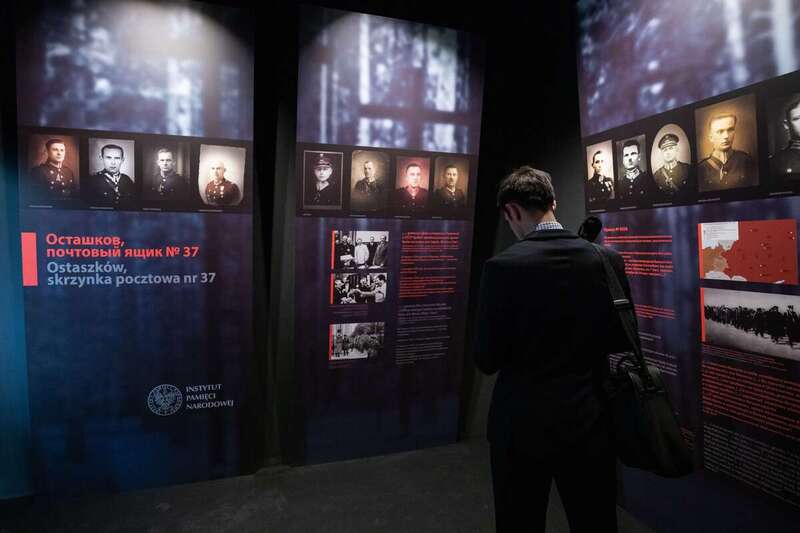 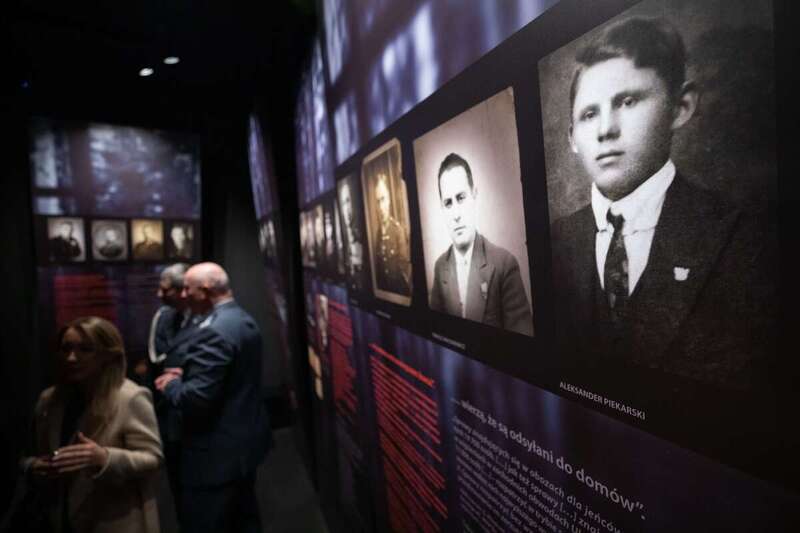 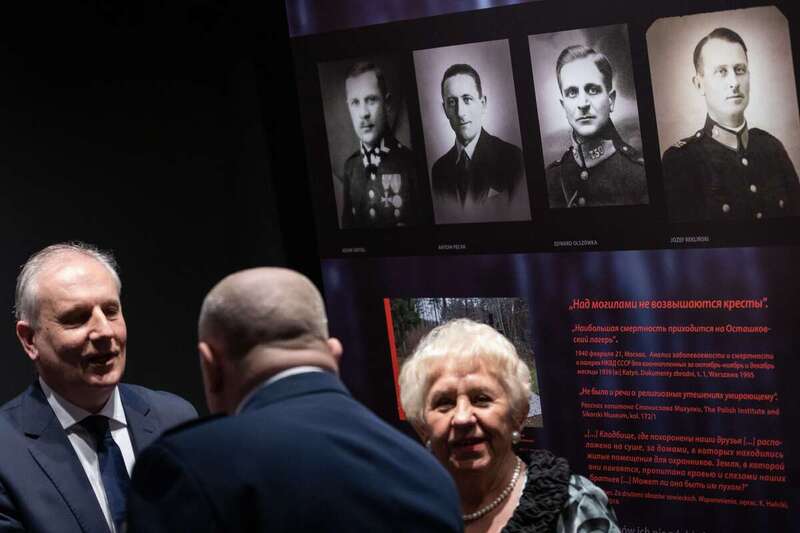 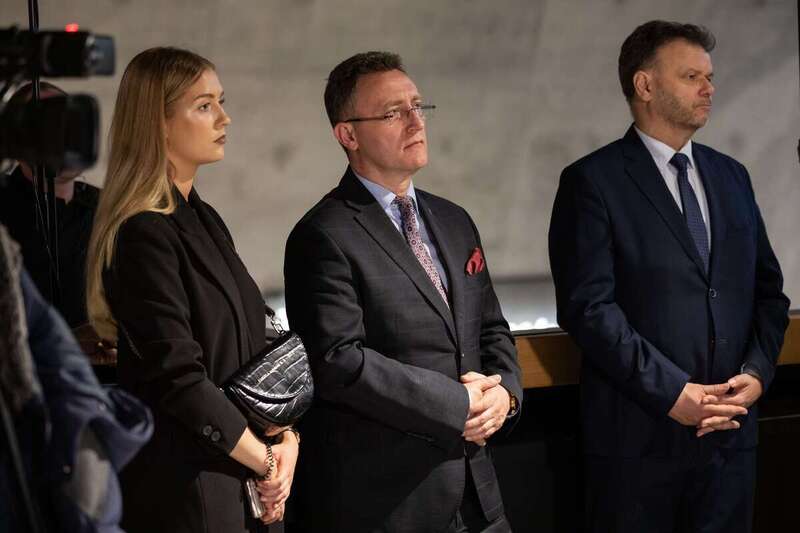 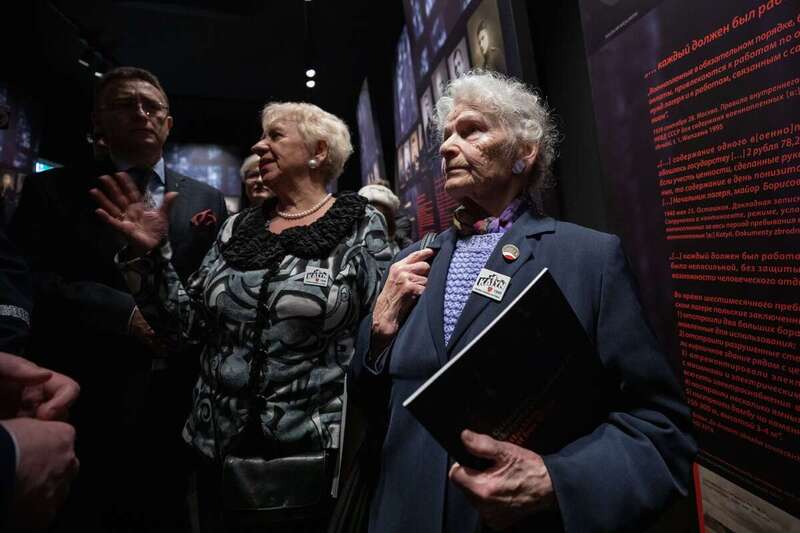 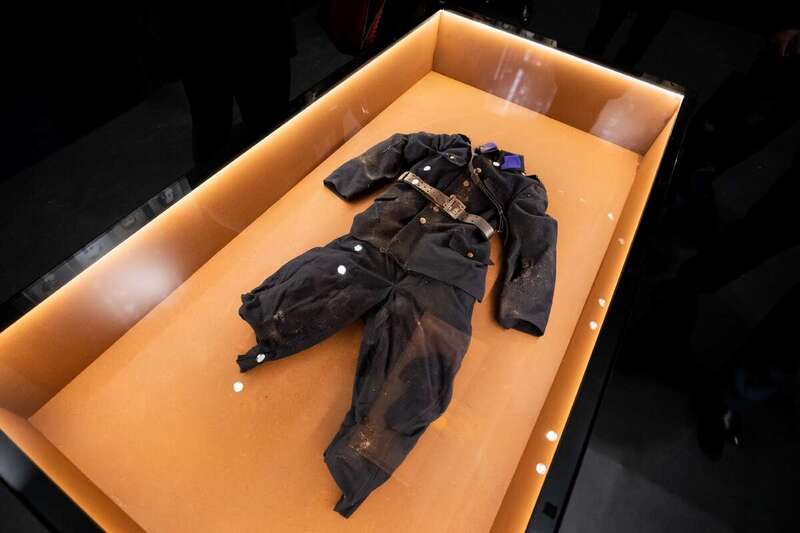 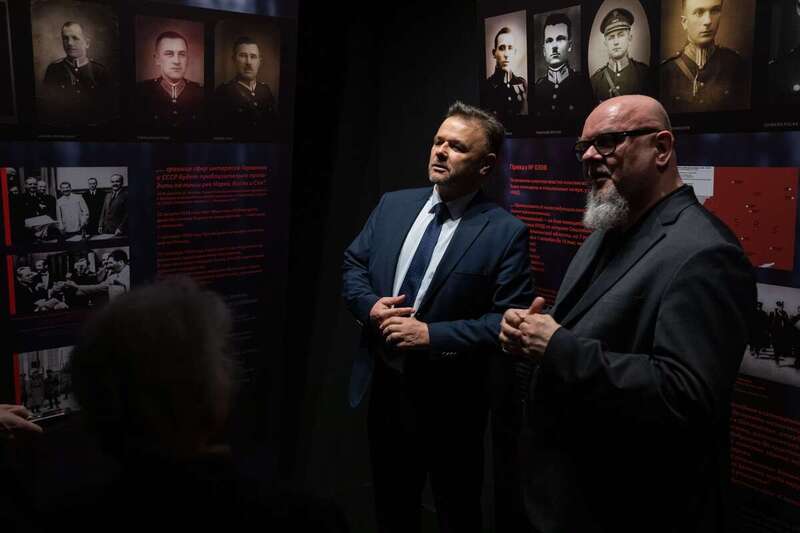 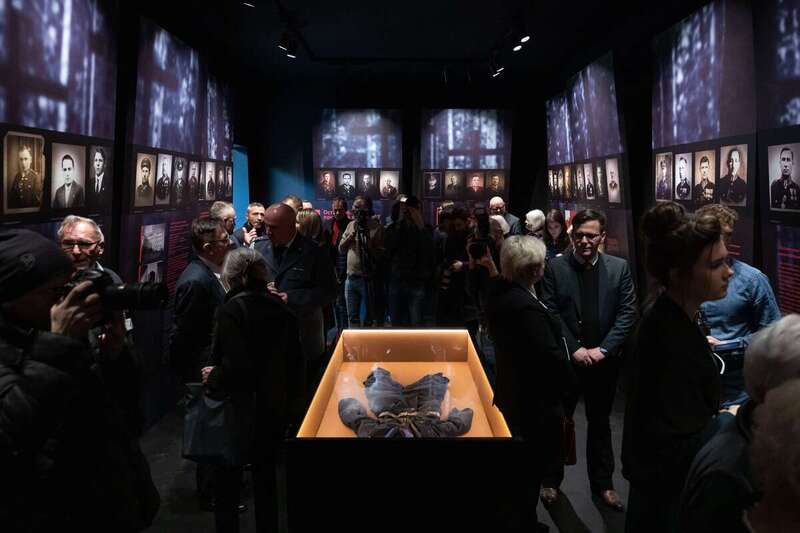 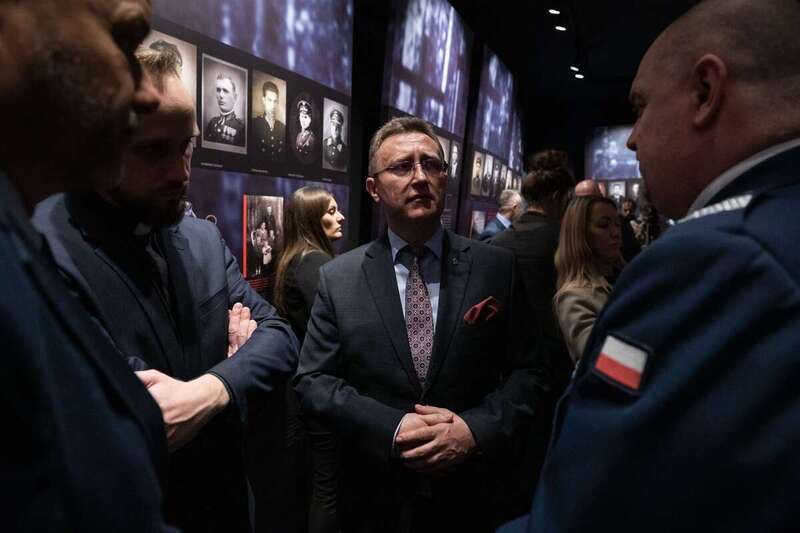 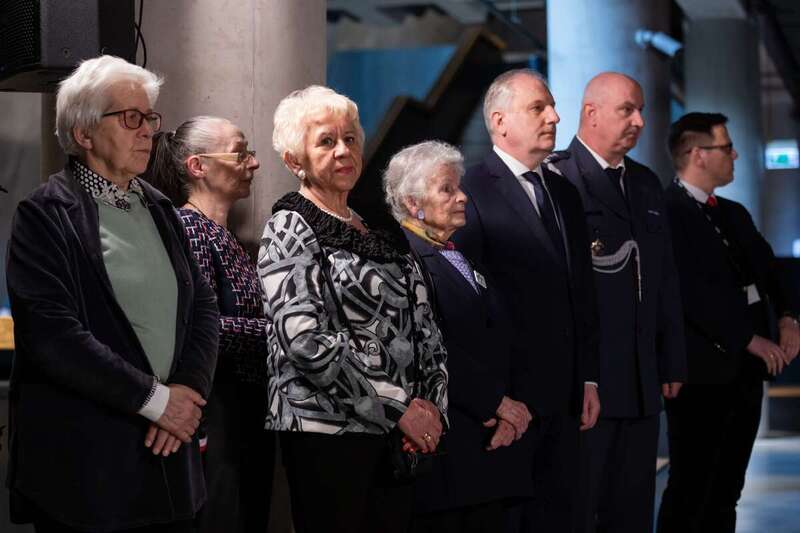 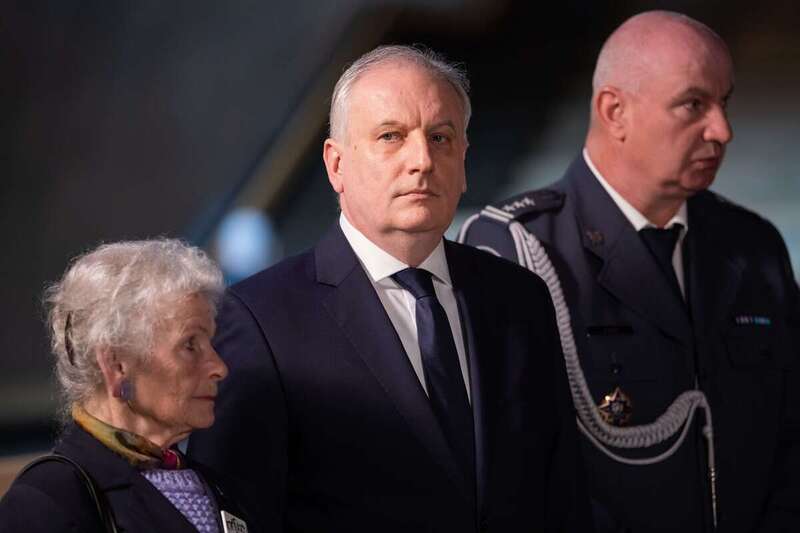 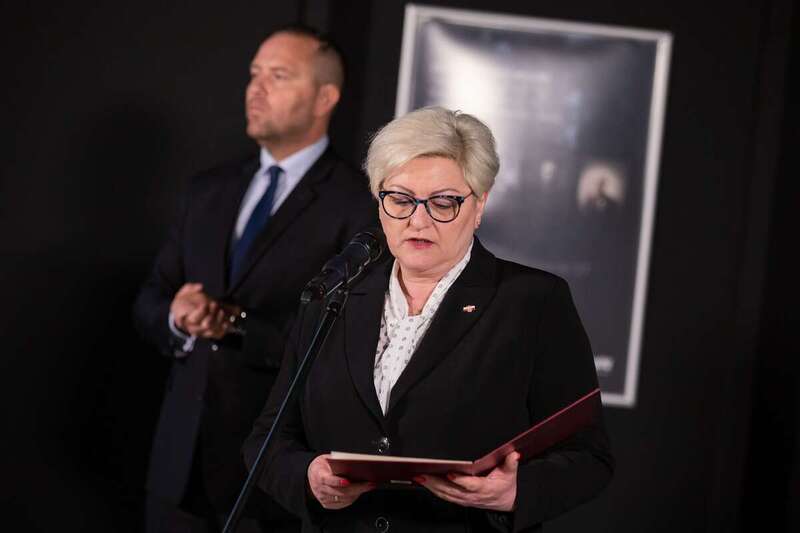 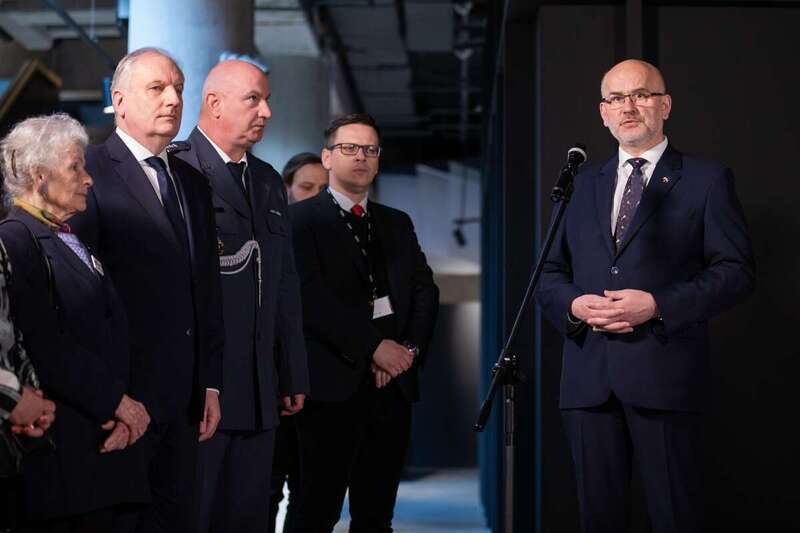 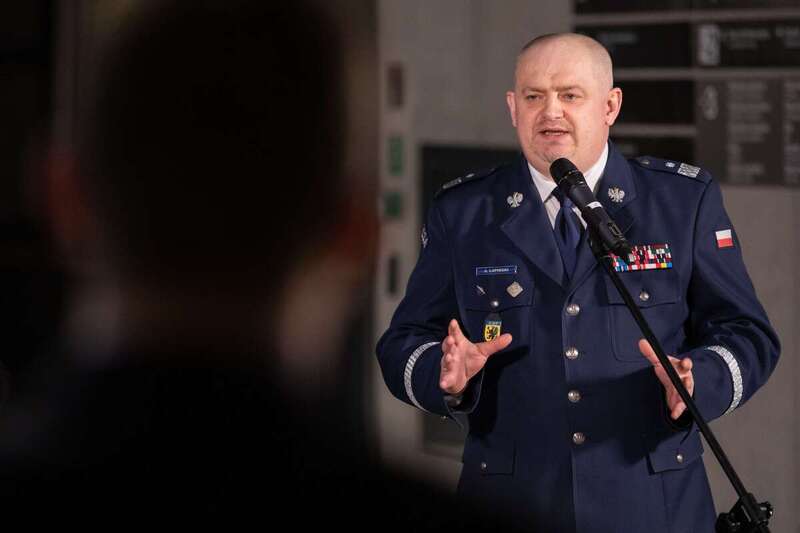 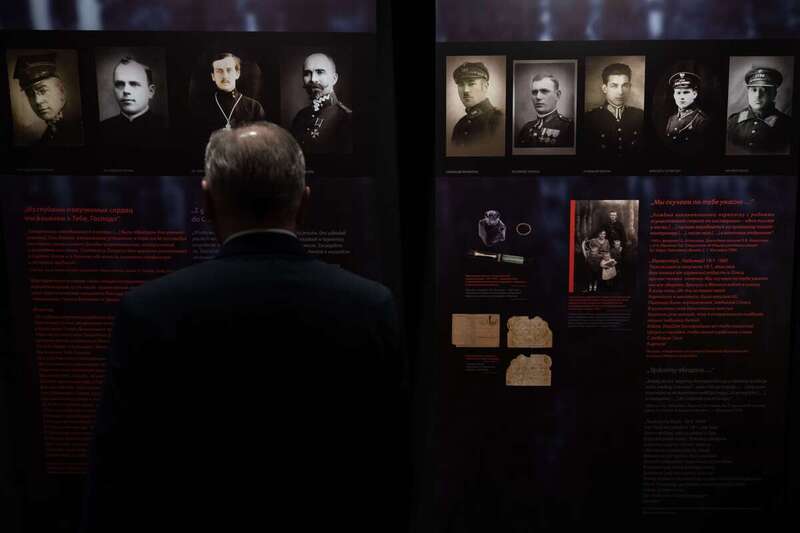 This exhibition shows the essence of a system that was supposed to belong to the past. It took the war in Ukraine for the world to understand that Bolshevism, which fills the hearts of the Russian soldiers and leaders is still a threat to the world. The IPN continues its efforts to tell a story that needs to be reminded (...)

This exhibition (...) presents the essence of the communist system, which turns everything that is spiritual and peaceful into a sanctuary of evil, destruction and death,

said the President of the IPN, Karol Nawrocki, Ph.D., during the opening ceremony.

The exhibition’s title – “Ostashkov, Post box No. 37” – refers to a specific place, namely the monastery – Nilovo-Stolobinskaya Hermitage, where one of the NKVD special camps was organized. Letters from families of Polish citizens imprisoned there, arrived at that address until spring 1940. The exhibition, becoming part of the monastery museum, was to be set up in a specially prepared room there. Unfortunately, the idea to place the exhibition within the walls of the Ostashkov monastery was not implemented. The authorities of the monastery have withdrawn from earlier promises. Perhaps a time will come when we return to this plan. However, now it is all the more essential to present the exhibition in other places in the name of the memory of over six thousand Polish citizens imprisoned in Ostashkov and murdered in Kalinin.

Photos of the victims are on the panels, placed in such a way that they create the impression of an eye contact with the viewer of the exhibition. The effect is deepened by the fact that the panels reflect the visitor. An illuminated uniform chest of a Polish policeman symbolizes a sarcophagus. The sublime character of the exhibition is emphasized by the voice in the background that reads names from the list of Ostashkov prisoners murdered in Kalinin.

The exhibition will be available until the end of the year 2022.

The name ‘Katyn’ has come to epitomize the Soviet massacre and the burial site of Polish officers, members of the intelligentsia who represented over forty professions, and who had been called to stand in defense of their Homeland in September 1939. The word ‘Katyn’ preserves the memory of the victims of the decision passed by the Political Bureau of the Central Committee of the All-Union Communist Party (Bolsheviks) on 5 March 1940. Some of the remains of those killed were later found and reburied at the Polish war cemeteries in Katyn, Kharkov, Mednoye, and Bykovnia. The cemetery at Mednoye, it should be noted, is the world’s largest funeral site of those who served the Second Republic–especially policemen, almost all of whom, regardless of their rank, were murdered pursuant to the aforementioned decision.

Although more than eighty years have passed since the massacre, there is still a long way to go before the whole truth about the Katyn murders is revealed. Many documents drafted by the Soviet authorities remain unknown, the Polish side has never received a complete list of the victims, while not all sites where their remains were hidden have been indicated. Over the years, more and more questions have been raised as to the truth fulness of the documents found in the Russian archives. The resolution by the Politburo of the Communist Party of the Soviet Union of 7 April 1990, whereby “the Soviet side, expressing their deepest regret over the tragedy at Katyn, hereby declares that it was one of the gravest crimes of the Stalinist system”, is often forgotten.

Nowadays, the presentation of an exhibition containing quotes from the revealed documents drafted by the Soviet authorities is impossible in Russia. The truth of the tragic fate of the Polish citizens imprisoned at the monasteries in Kozelsk, Starobelsk, and Ostashkov, which were turned into special NKVD camps, tends to be called into question. Silence shrouds the applications submitted by the Institute of National Remembrance’s Commission for Prosecution of Crimes against the Polish Nation for documents related to the massacre perpetrated by the NKVD to be made available and for permission to search for and exhume the remains of the Polish citizens killed, so that they could finally receive a proper burial to be granted.

The fight for the truth continues. The exhibition entitled “Ostashkov, Post box No. 37” is the epitome of this process. It was initially meant to be installed at the Nilo-Stoloben Hermitage monastery. Through the Soviet documents exhibited, the victims’ letters and the memoirs of those few who survived, it was to present the tragic fate of the Polish citizens imprisoned on an island on Lake Seliger. Speaking the language of the victims and their tormentors, the quotations and exhibits clearly point to who the perpetrators were. By recollecting the fate of the victims’ families, who were deported deep inside Soviet Russia, the exhibition shows that by condemning them to a slow demise, the occupiers also sought to annihilate the memory of those massacred. But they did not succeed. The exhibition unveils their desire to distort the truth, and teaches us, by showing the trials and tribulations of the generation living in the 1930s and 1940s, that the independence of a state and the freedom of its citizens are not given once and for all. Poland, as a free and independent country, ought to be guarded incessantly, and “the gift of a great heart and clear mind for those who guide the nation” must be prayed for, as it was by the POWs at Ostashkov [A prayer said by the prisoners, written by Fr. Col. Czesław Wojtyniak, killed in Kalinin].

(From the preface of the exhibition catalogue )

Read more about the Katyn massacre