On 17 January 1945, units of the First Polish Army and the Red Army entered Warsaw from the ruined left-bank of Vistula, encountering weak resistance from German troops. After a few hours of fighting, the Germans, fearing encirclement, decided to leave the city. 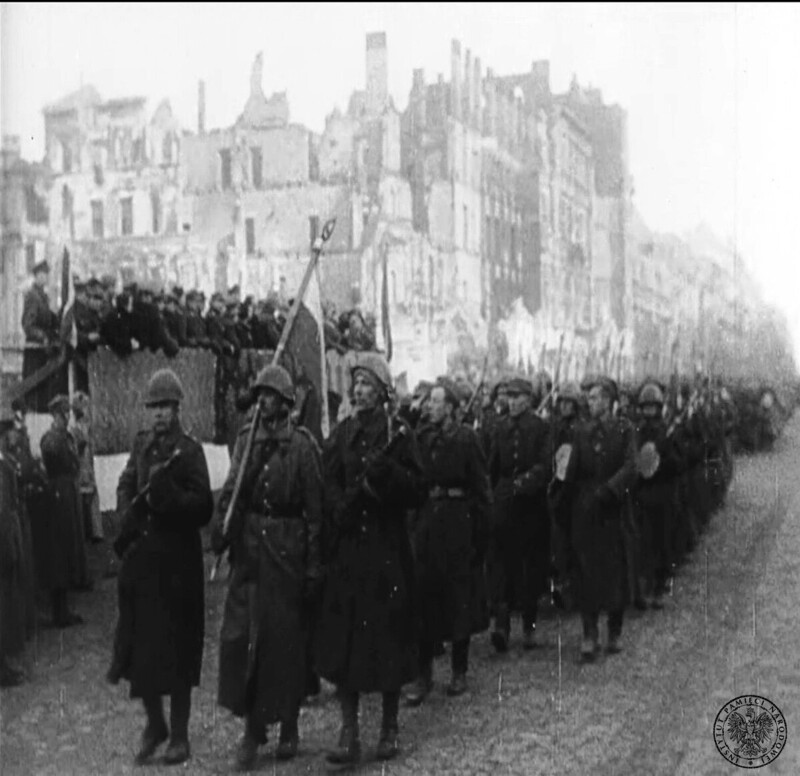 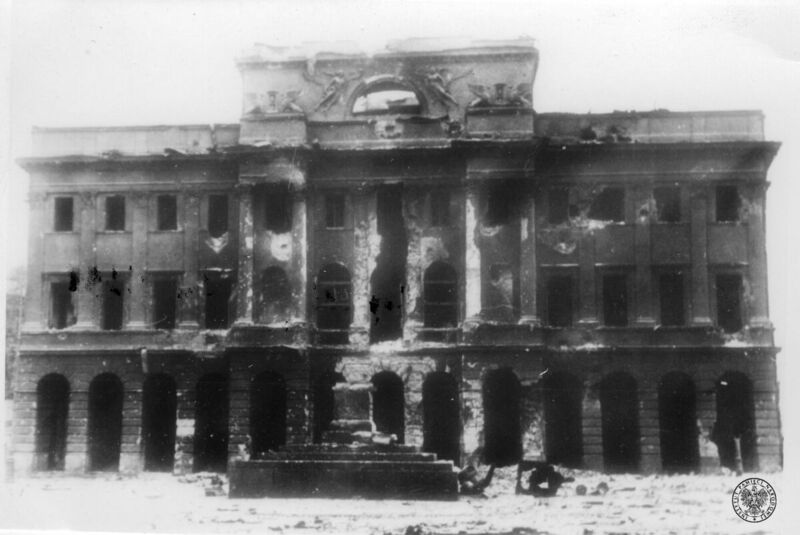 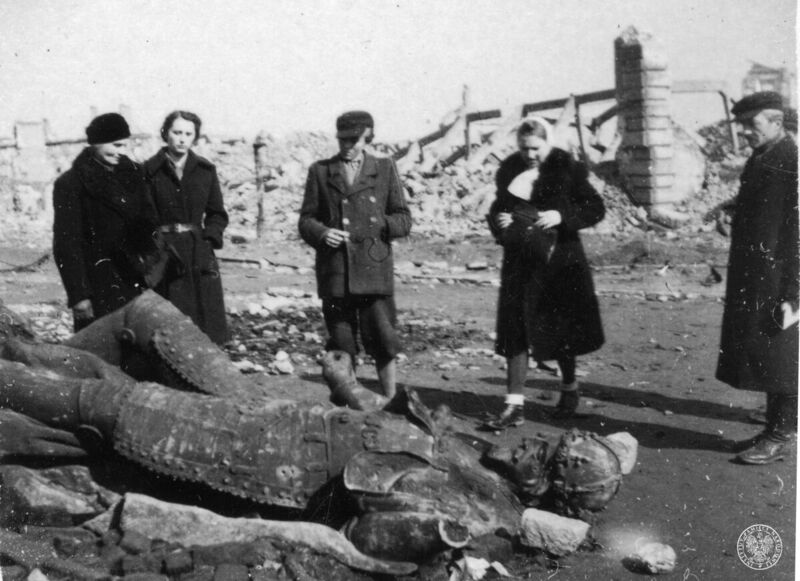 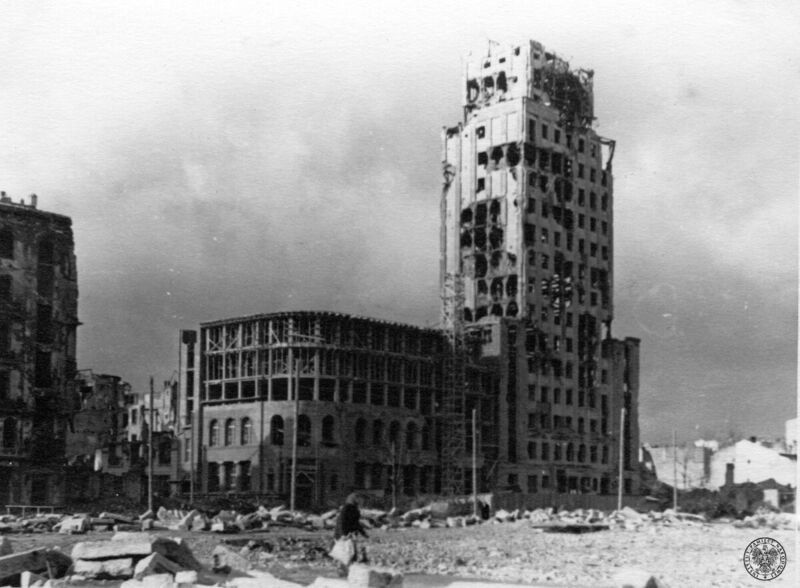 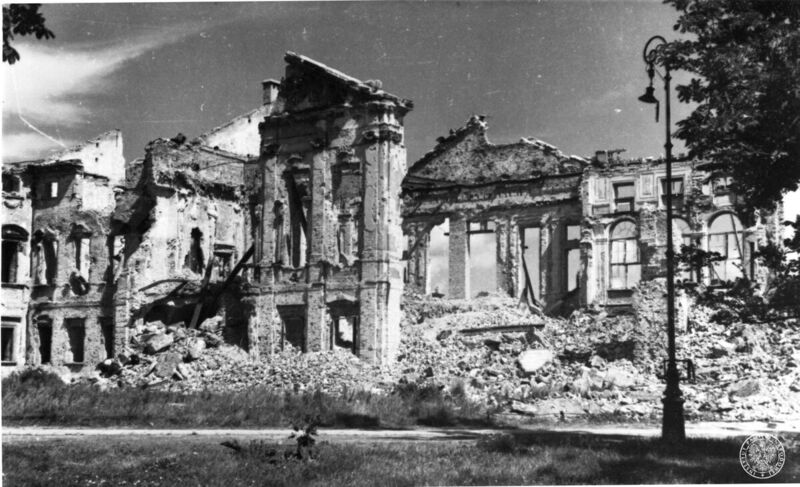 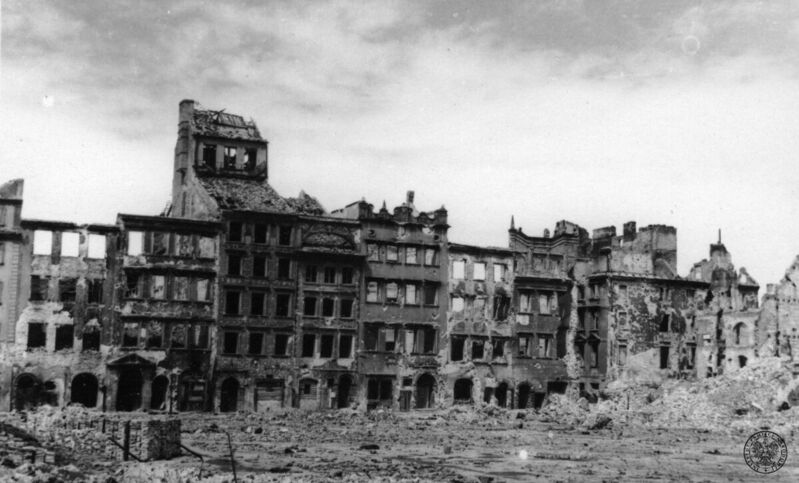 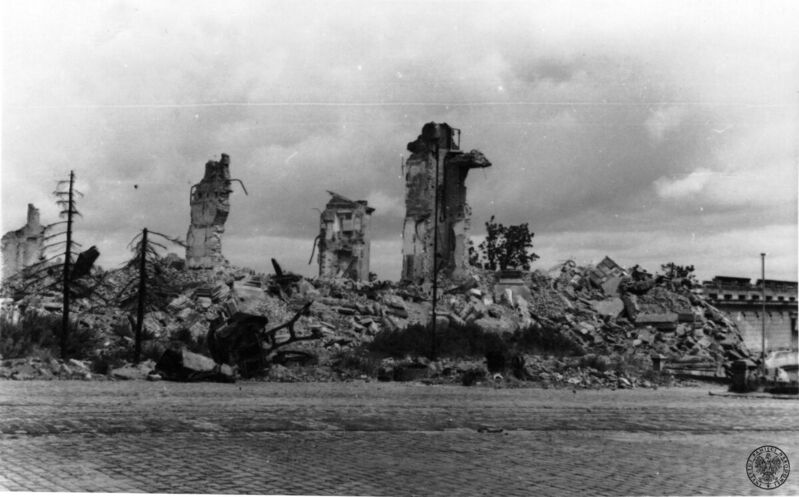 A ceremonial parade of Polish troops took place in Aleje Jerozolimskie Street on 19 January. It was contemplated by only a few inhabitants of Warsaw who lived in the ruins. The post-war communists propaganda emphasized that Warsaw was a "sea of ​​ruins" at that time, and it can be proved by the preserved photos and film materials. It should be remembered, however, that the destruction of the Polish capital was a long, multi-stage process that started as early as in September 1939. The responsibility for this situation lies with both the Germans and the Soviets.

During the invasion of Poland in September 1939 the capital city became a target for German artillery and aviation. About 10,000 inhabitants died from thousands of German missiles, and 12% of Warsaw's buildings were destroyed. Urban services, such as gasworks, waterworks and hospitals, were destroyed or severely damaged.

In the period from June 1941 to May 1943, Warsaw became the target of several air raids carried out by the Red Army. As a result, the German army and administration suffered negligible losses, but around 1,000 Poles perished and several hundred houses were destroyed.

The city was damaged further in April and May 1943, after the outbreak of the Warsaw Ghetto Uprising. The Germans, having crushed the resistance of the insurgents, completely levelled the buildings. The Ghetto area accounted for about 2% of the city.

The Warsaw Uprising triggered another stage of destruction. The Germans introduced artillery (including rocket artillery) and aviation into the fight. The insurgents did not have the strength to counteract these attacks. In turn, the German forces aimed to demolish as many houses as possible in order to destroy the insurgent resistance points. The Wehrmacht organized special units whose task was to set fire to Warsaw tenement houses.

After the uprising was suppressed, the Germans began systematic demolition of the remained buildings. Valuable home furnishings were transported inside Germany. It is estimated that the Germans used about 45,000 train wagons to move the goods stolen in Warsaw.

The losses caused by the uprising were not prevented in any way by the Red Army although its artillery and air force were stationed at hand. Stalin, for purely political reasons, allowed the destruction of the Poland’s capital city. According to propaganda messages, the Soviet forces did not have the necessary strength to counteract from the left-bank of Vistula. But meanwhile the Soviets found time and resources to create a terror apparatus to capture Polish soldiers from the Home Army who were tortured in the NKVD headquarters in Strzelecka or Władysław IV streets.

Warsaw was ruined in 84% when the Red Army troops entered on 17 January 1945. The destruction was also a result of the Soviet’s indifference. Throughout the years of the People's Republic of Poland, this information was carefully censored. After the World War II, Warsaw had to put its homes on the altar of the Polish-Soviet friendship. In order to build the Stalin’s Palace of Culture and Science, 170 tenement houses were further demolished, and their inhabitants were relocated to the district of Muranów.