The 83rd anniversary of the death of Roman Dmowski, one of the Founding Fathers of Polish independence

Roman Dmowski was born on 9 August 1864. He was a Polish politician, diplomat, statesman, writer, publicist, co-founder of the Polish National Committee (recognized by the Triple Entente countries as the official diplomatic representation of Poles) and chief ideologue of the National Democracy. He died on 2 January 1939 in Drozdowo, near Łomża. 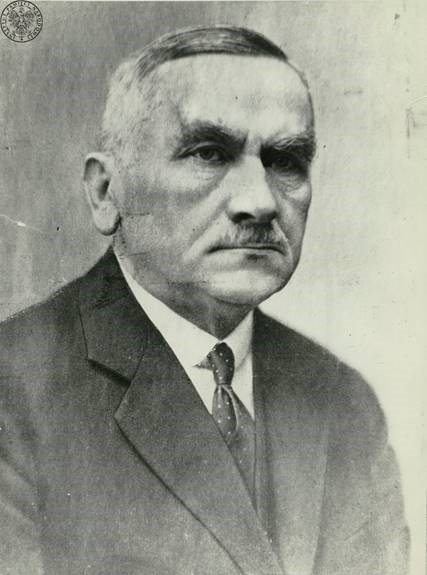 Dmowski's life was filled with service to the Polish nation. He was one of Poland’s greatest political protagonists in the 19th and 20th century. He supported the modernization of the country and fully understood the need for a balance between tradition and development. After World War I, along with Ignacy Jan Paderewski, he represented Poland at the Paris Peace Conference, where he fought for the shape of the country’s future borders. He was greatly respected in the West, and was treated on a par with the representatives of the victorious Allied powers. Dmowski’s signature can be found under the Treaty of Versailles, which restored Poland’s independent existence after 123 years of partition. This success is the greatest achievement of his life.

I am Polish … not only because I speak Polish, and because others who speak the same language are spiritually closer to me and more understandable to me, because some of my personal matters connect me more closely with them than with strangers, but also because that apart from the sphere of personal and individual life, I know the collective life of the nation, of which I am a part, and because apart from my personal interests and interests I know national issues, the interests of Poland as a whole, the highest interests for which we must sacrifice what we cannot sacrifice for personal matters. I am Polish – this means that I belong to the Polish nation throughout its entire territory and throughout its entire existence. […] Everything that is Polish is mine.

Wrote Roman Dmowski in Thoughts of a Modern Pole (1903)

In the interwar period, Roman Dmowski was Polish Minister of Foreign Affairs. He also continued his journalistic activity. He died on 2 January 1939 and was buried in his family tomb at the Bródno Cemetery in Warsaw.

The Institute of National Remembrance has commemorated Roman Dmowski on numerous occasions. In 2018 the IPN Branch Office in Szczecin prepared an open-air exhibition entitled Fathers of Independence, which presents Dmowski as one of the leaders struggling for Poland’s freedom in 1918.

In 1995 the Council of Warsaw honored Roman Dmowski by giving his name to a roundabout in the very center of the city.

Recently, a dispute has emerged over the name of the roundabout with some of the members of the Warsaw Council being in favor of depriving Roman Dmowski of this commemoration. The President of the Institute referred to this situation in his statement on 10 December this year.