On 27 December 2021, the National Day of the Victorious Greater Poland Uprising was celebrated for the first time. Among the initiators of the establishment of this national holiday was also the IPN, which on this occasion has prepared many events, such as a nationwide exhibition, concerts, press supplements and ceremonies commemorating the heroes of the uprising that took place 103 years ago. 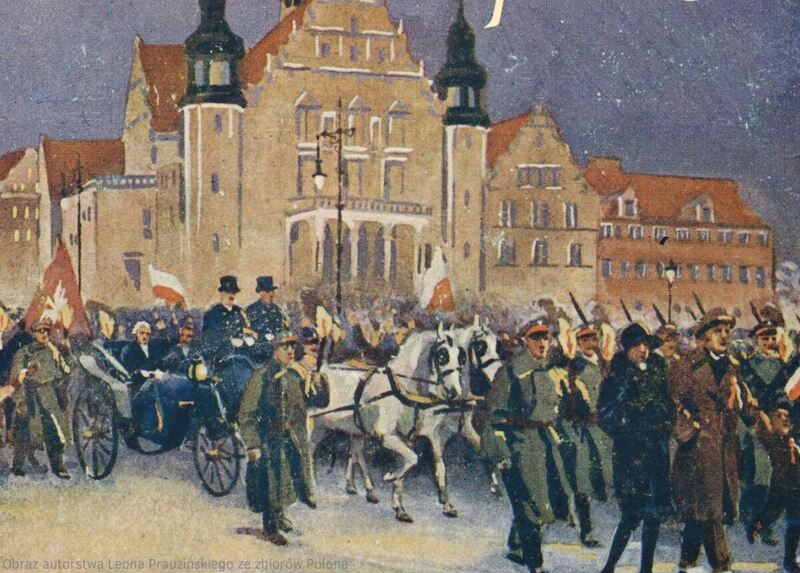 The President of the Institute of National Remembrance, Karol Nawrocki, Ph.D., invited to the celebrations in a special spot available on the IPN social media.

The inauguration of the German version of one of the most interesting educational portals about the Greater Poland Uprising is planned for February 2022. Created on the 100th anniversary of the Uprising, the website https://pw.ipn.gov.pl/ is already available in English. New materials are successively published. The project was created thanks to the IPN Poznań Branch, which has cooperated with many institutions of science and culture.

The concert show "Glory and Victory! Greater Poland Uprising 1918–1919" took place on 27 December at 09:00 pm in the Railway Hall. On stage, there were among others: Stanisław Soyka, Halina Mlynkova, the band Luxtorpeda, Marta Burdynowicz, Anna Lasota, the band Dagadana, Michał Kowalonek and Janusz Radek. Moreover, Poznań Boys' Choir conducted by Jacek Sykulski and the Orchestra of the S. Moniuszko Grand Theatre in Poznań will take part in the show. The performance combines history with modernity. It also unites music with modern video-mapping technologies and live-act activities. The event was held under the honorary patronage of Prime Minister Mateusz Morawiecki as well as his Deputy, Minister of Culture and National Heritage Professor Piotr Gliński.

The IPN National Education Office in Poznań has also prepared a board game which brings us closer to the realities of the Greater Poland Uprising of 1918–1919. It gave the participants the possibility to win for each side, provided that the game is skillfully directed. In this way, one can broaden their knowledge of the Greater Poland Uprising, using not only the game, but also additional educational elements, such as a map with the troops' courses of action or illustrated brochure with the description of the activities in each of the forty districts.

The Institute of National Remembrance, City Hall of Poznań, Association for the Remembrance of Greater Poland Uprising 1918–1919 and 12th Brigade of Territorial Defense Forces have decided to commemorate the Greater Poland Uprising insurgents by placing symbolic candles on their graves. They were lit on the graves of the fallen and veterans. In total, about 10,000 candles will be lit.

All initiatives taken by the IPN on the occasion of the National Day of the Victorious Greater Poland Uprising: https://poznan.ipn.gov.pl/pl7/aktualnosci/156797,27-grudnia-Narodowym-Dniem-Zwycieskiego-Powstania-Wielkopolskiego-inicjatywy-IPN.html?sid=18bada7786488f3c4f3ad2d8c19bce9e