The unveiling of a plaque commemorating Chaim Yisroel Eiss – a member of the “Ładoś Group”; 22 November 2021, Ustrzyki Dolne, Poland

The President of the Institute of National Remembrance, Karol Nawrocki, Ph.D., has unveiled a plaque commemorating Chaim Yisroel Eiss, a member of the so called “Ładoś Group” which organized and produced illegal Latin American passports during World War II. These documents significantly increased the chances of their Jewish holders survival in the territories, occupied by the German Reich. 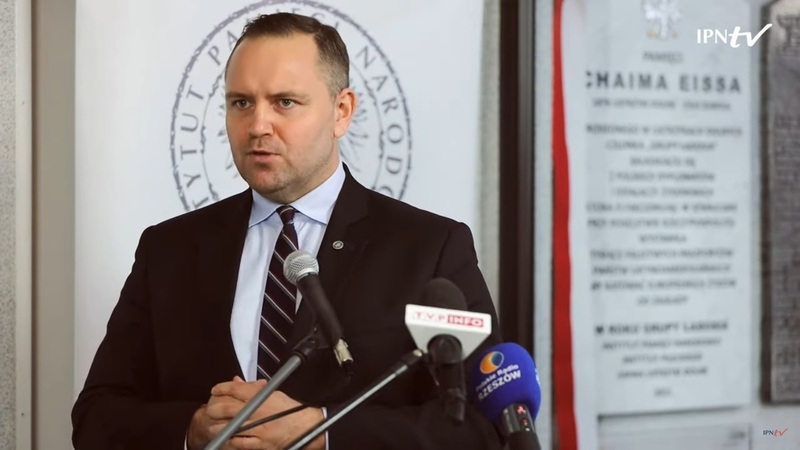 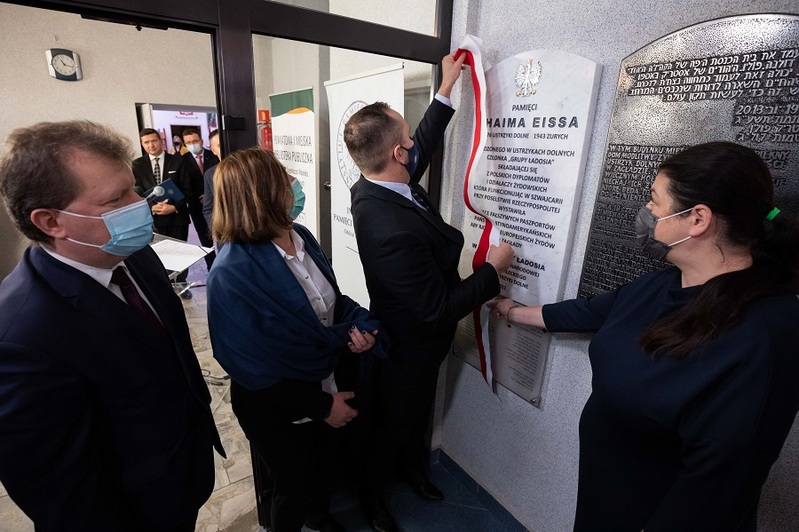 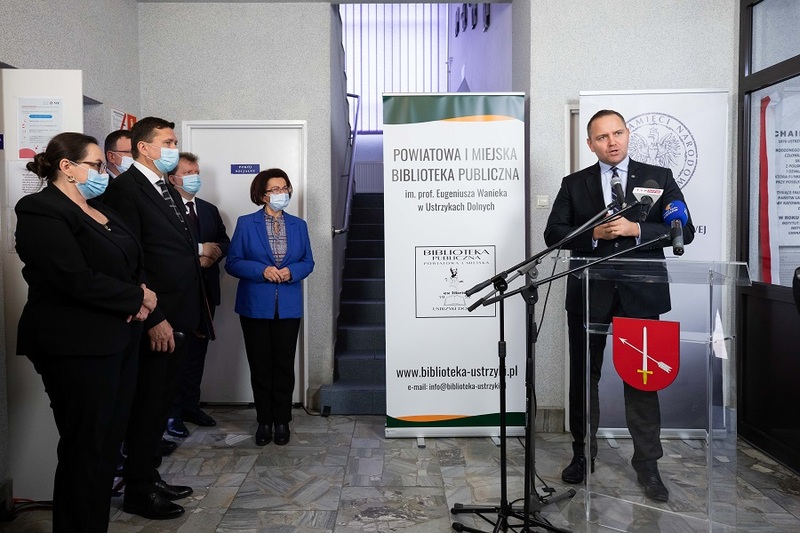 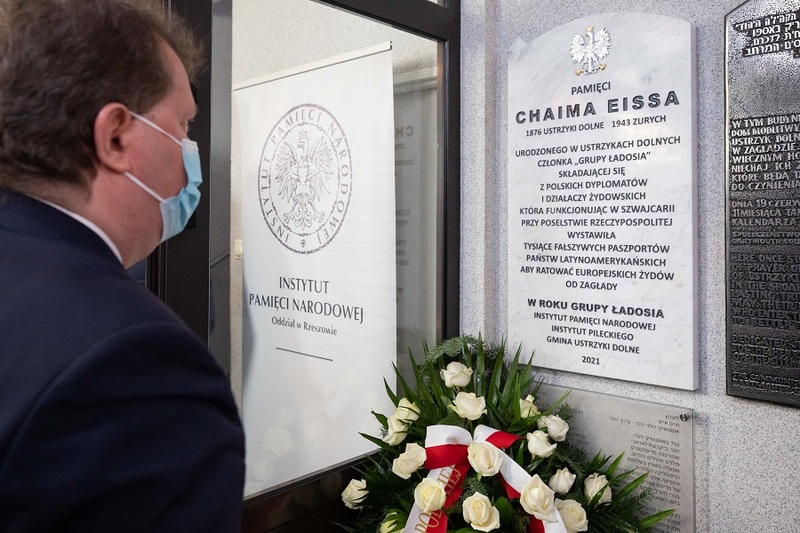 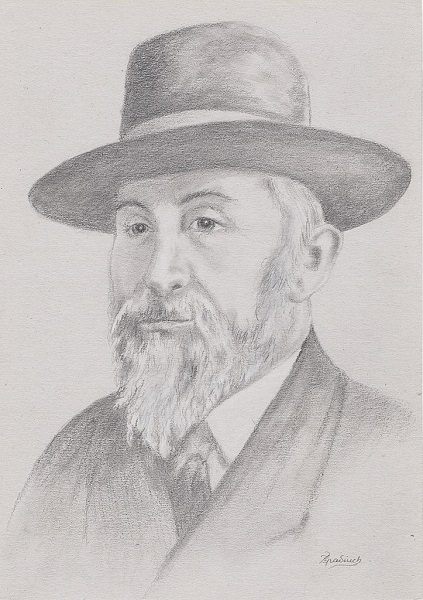 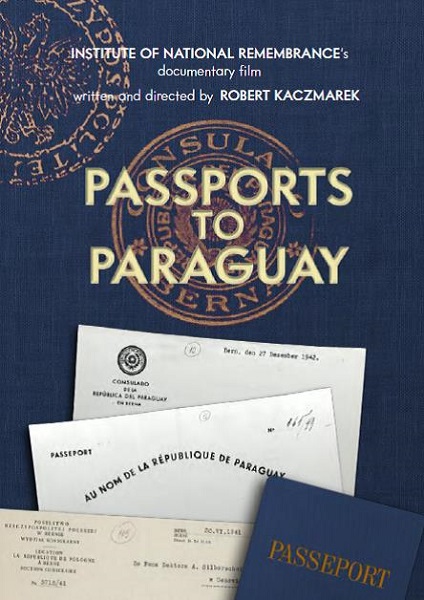 The ceremony, organized by the IPN, the Pilecki Institute and the Ustrzyki Dolne municipality, took place on 22 November 2021, at the Eugeniusz Waniek Municipal Public Library, 5 Rynek Street, Ustrzyki Dolne.

Without Aleksander Ładoś and Chaim Yisroel Eiss it would not have been possible to save several thousand Jews in occupied Poland (…) The fight against the evil of German Nazism through good, communal and solidarity-based action of the Ładoś Group based in Switzerland is not the only reason why this commemorative plaque is located here

The commemorative plaque was financed by the IPN, and was mounted inside the Municipal Public Library in Ustrzyki Dolne, which was constructed on the foundations of a synagogue. The synagogue was built in the first half of the 19th century and it was completely devastated by the Germans during World War II. After the war, the synagogue building was used as a grain warehouse. After a thorough reconstruction of the interior and exterior of the building, it now houses the Municipal Public Library.

Chaim Yisroel Eiss (1876 – 1943) was an Agudath Israel activist and writer. He was also among the founders of Agudath Israel in 1912. During the First World War, Rebbe Eiss set up an aid system that located refugees, identified their most urgent needs and raised the required funds. During World War II, he worked on behalf of Jews in Nazi‑occupied Europe and he was part of the “Ładoś Group”. The members of the group, operating during the war in the Polish Embassy in Bern, Switzerland, saved the lives of Jews by issuing forged passports for them. Polish diplomats and activists of Jewish organizations obtained passports from Latin American countries, which were then sent to Jews in occupied Europe.

Chaim Yisroel Eiss was born in Galicia, Austria-Hungary, in the town of Ustrzyki Dolne, now Poland; as one of 11 children of Rebbe Moshe Nissan Eiss and his wife Myria née Kessler. He survived an epidemic of diphtheria, an illness for which there was no treatment at the time. After the death of his other children, his father Rebbe Moshe Nissan Eiss took young Yisroel to the Sadigora Rebbe. He received a blessing and was given an additional name: Chaim. It is a symbolic name because it means “life” in Hebrew for he was the only child who survived the epidemic.

See: Video recording of the ceremony (in Polish)