The visit of the President of the Institute of National Remembrance, Karol Nawrocki, Ph.D. in Lviv and Kiyv.

On 8 November 2021, the President of the IPN, Karol Nawrocki, Ph.D., together with the Deputy President Karol Polejowski, Ph.D., visited Lviv. The first point of the visit was laying flowers at the Cemetery of the Defenders of Lwów. 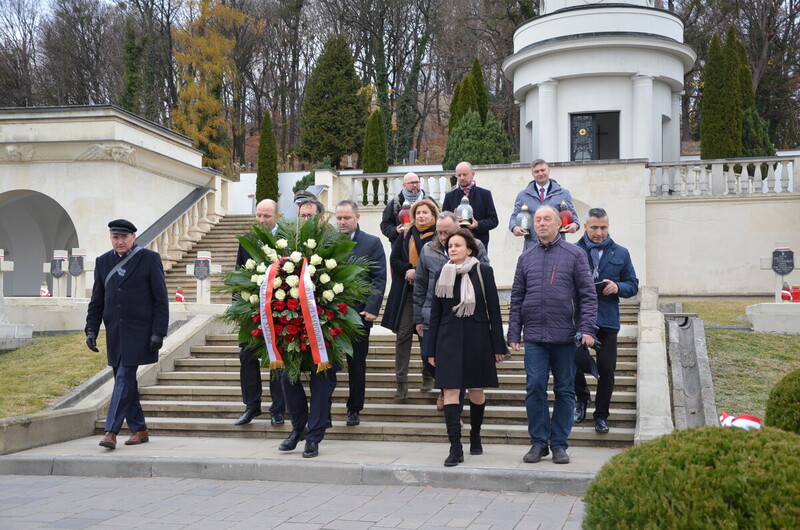 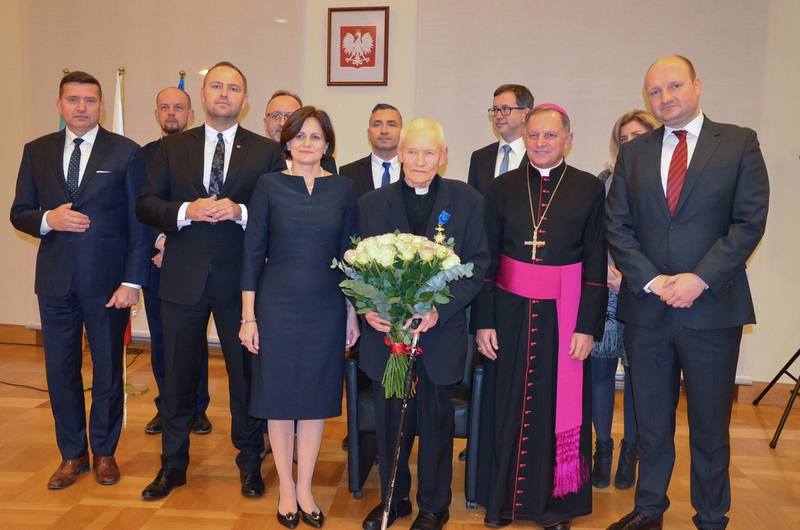 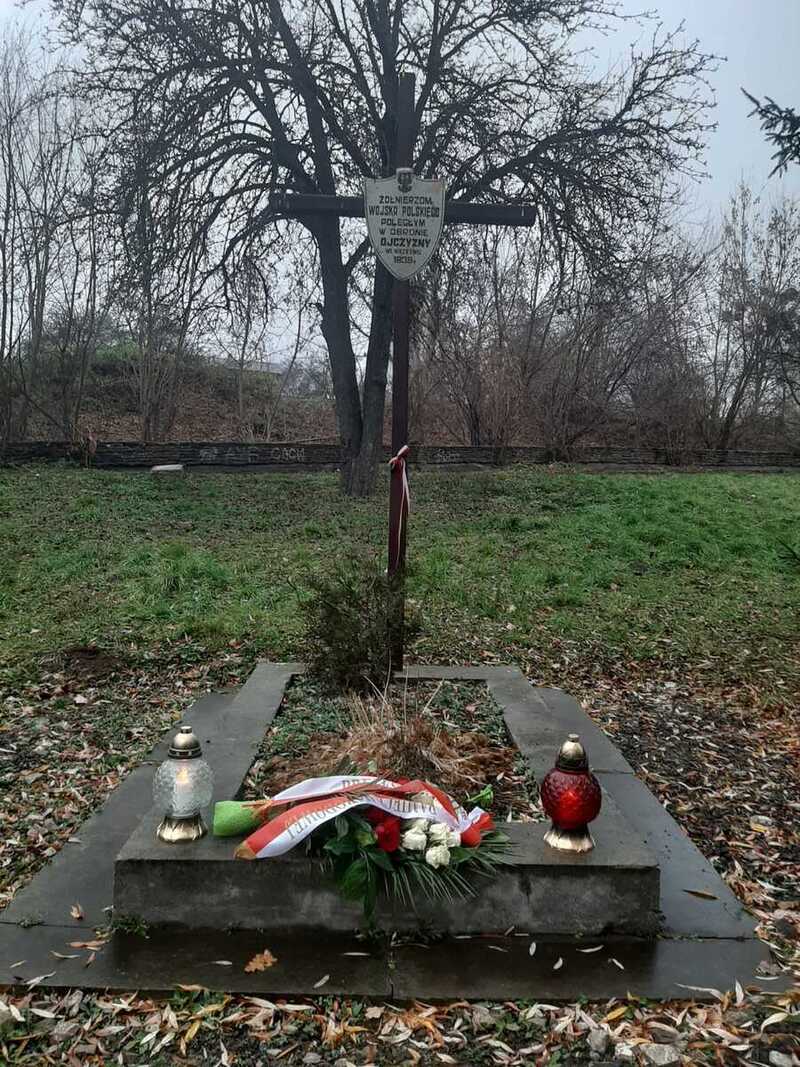 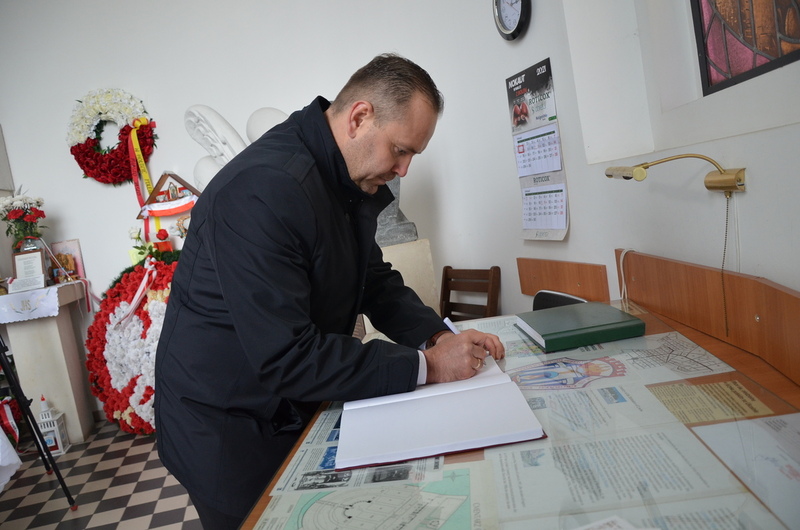 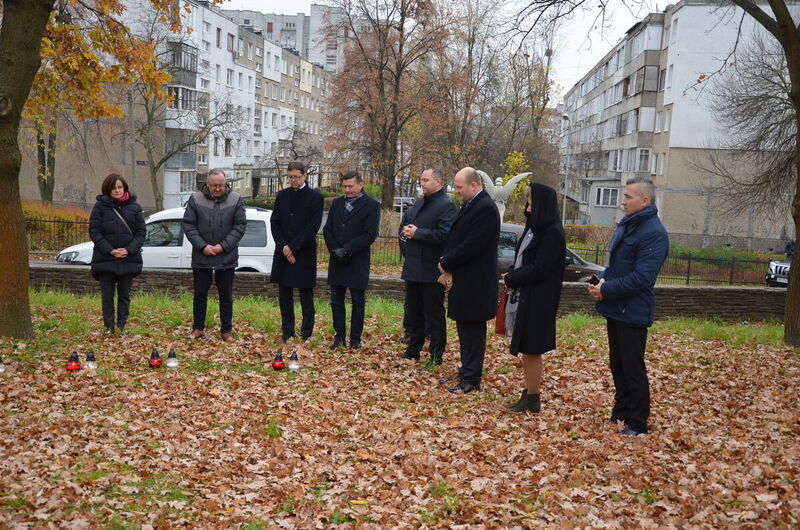 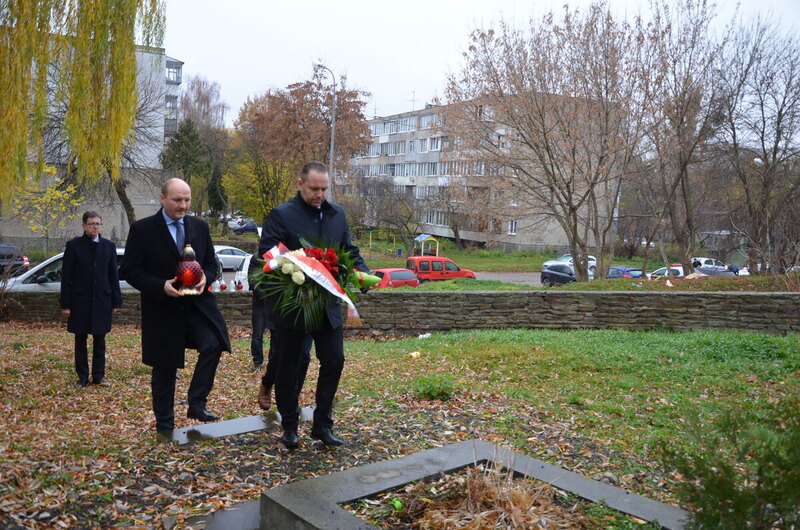 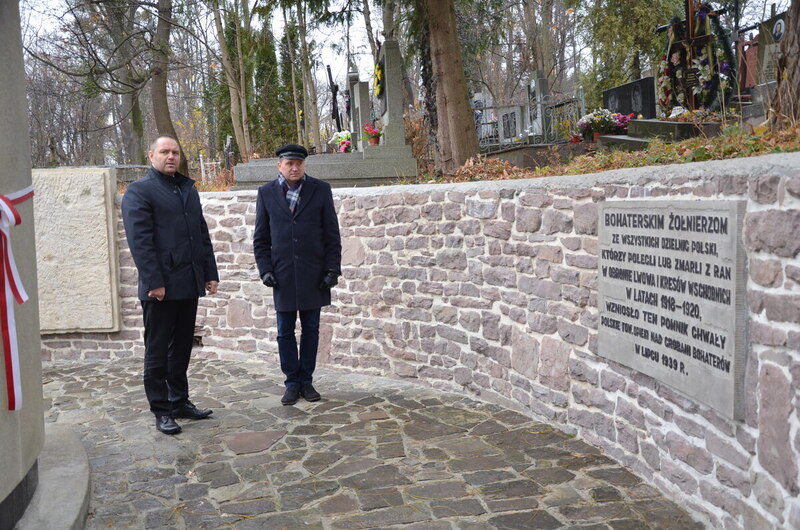 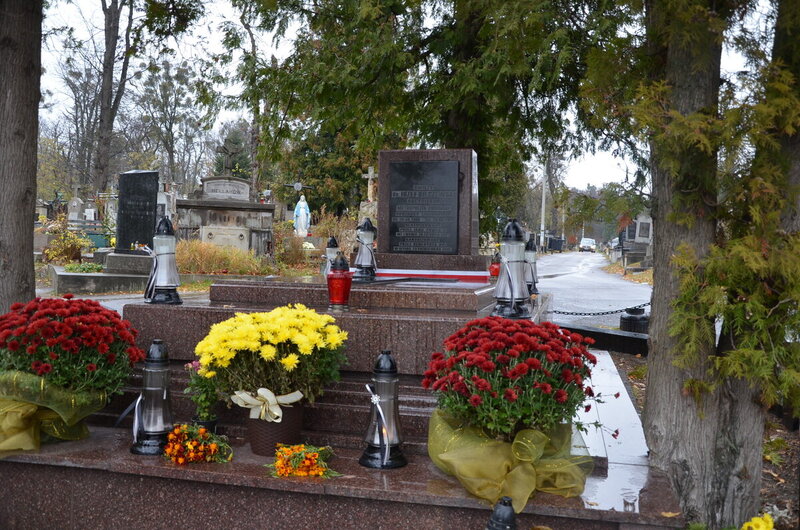 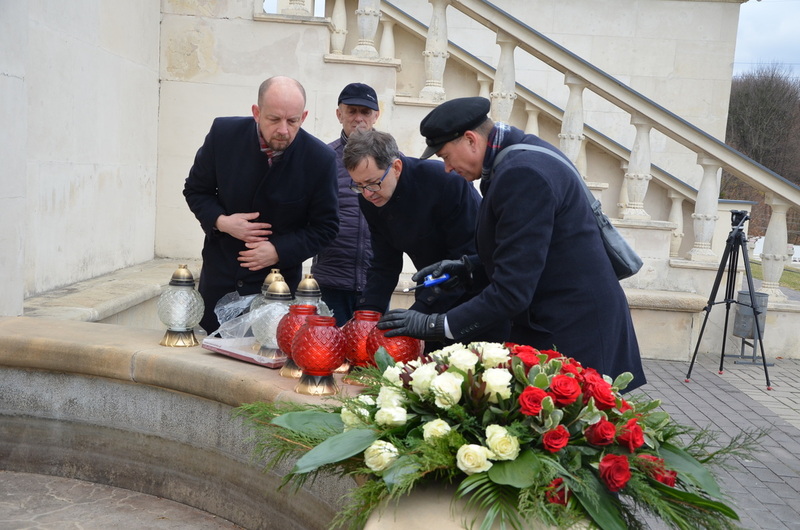 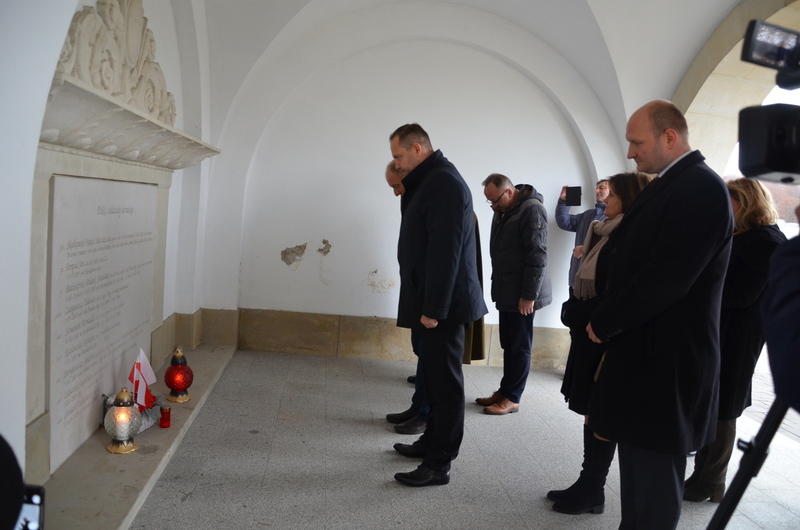 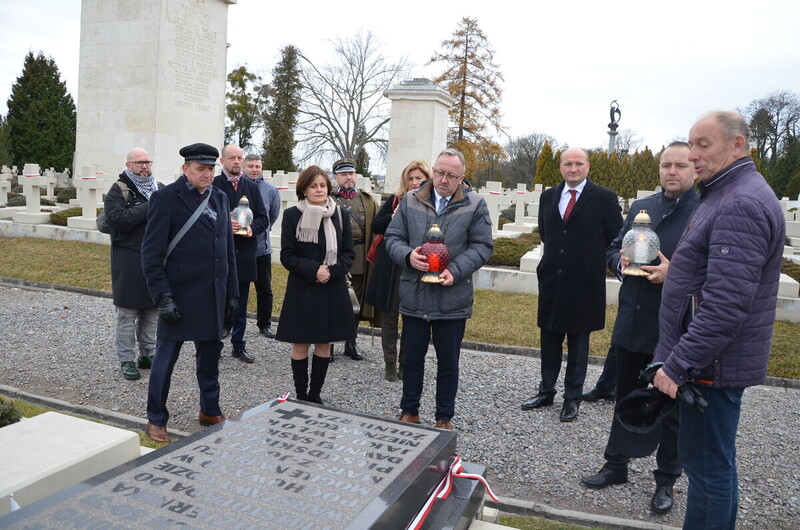 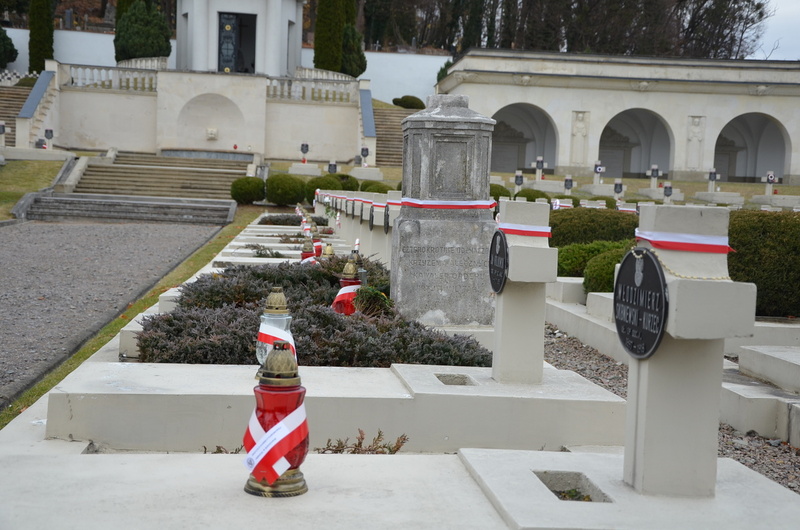 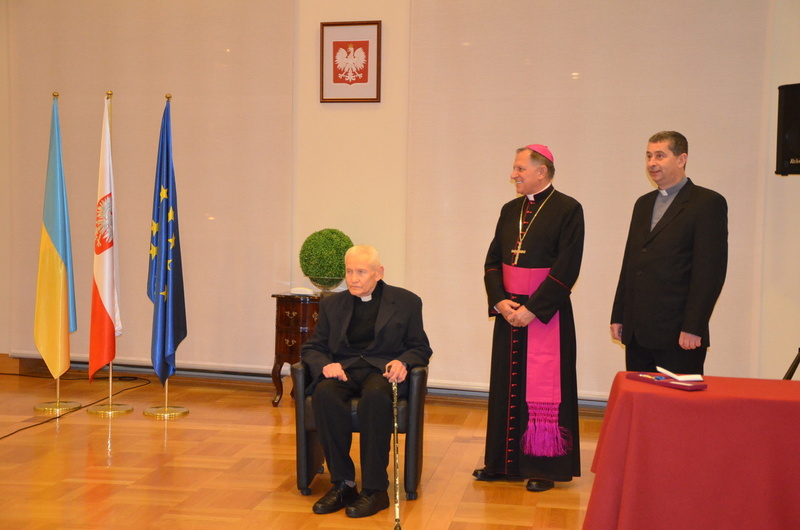 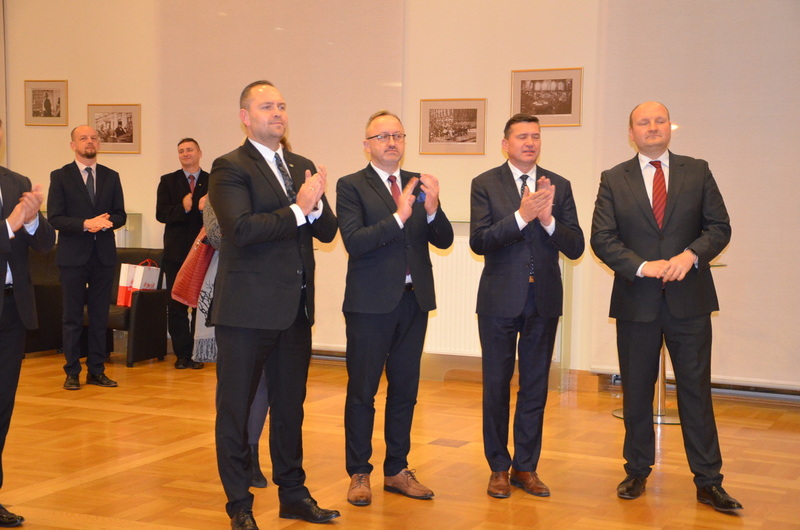 The presence of the IPN President in Ukraine provided an opportunity for brief discussions with Jan Balicki, President of the Polish Society for the Care of Military Graves in Lviv, and representatives of the media: Kurier Galicyjski, Radio Lviv and TVP Polonia.

Meetings were also held with the Consul General Eliza Dzwonkiewicz, Deputy Ambassador Michal Gieroń and Deputy Consul Rafał Kocot. The President of the IPN was accompanied by representatives of the IPN Branch in Rzeszów headed by its director, Dariusz Iwaneczko. Rzeszów’s Branch cooperates with Polish Consulate in the field of education and commemoration. During its visit to Lviv, the delegation of the IPN laid flowers at Polish graves in cemeteries in Zboiska, Holosko Maly and in the military section of the Janowska Cemetery.

In the General Consulate of the Republic of Poland in Lviv, a ceremony of presenting the Officer's Cross of the Order of Polonia Restituta to a distinguished priest — Bronisław Baranowski — took place in the presence of Mieczyslaw Mokrzycki, Archbishop of Lviv.

During the visit to Kiev, the president of the IPN together with Polish Ambasador Bartosz Cichocki, paid tribute to the Poles murdered by the Soviets and buried at the Polish War Cemetery in Kiev-Bykivnia. He also met with the management of this memorial site. The delegation of the IPN visited the Bajkowa Cemetery and laid flowers at the grave of the soldiers of the 1st Legions Infantry Division. It was also an opportunity to meet representatives of Polish organizations in Ukraine. Karol Nawrocki also placed a wreath at the Kiev Fortress, where January Uprising insurgents had been imprisoned in 1863. A meeting in the Embassy of the Republic of Poland in Kiev marked the end of the visit of the IPN delegation in Ukraine.

The three Kiyv locations, where the Institute president and deputy president honoured the memory of fallen and murdered Poles, are deeply embedded in the country’s history: in 1863, several January Uprising commanders – Adam Zieliński, Władysław Tadeusz Rakowski, Platon Krzyżanowski, Romuald Olszański i Adam Drużbacki – were imprisoned in the Kyiv Fortress and executed there. In 1920, a small quarter of the Baykova cemetery was set aside for the burial of 114 servicemen of Polish Legions 1st Division, fallen in the fights against the Bolsheviks in May and June 1920. The Polish War Cemetery in Bykivnia is a resting place for ca. 100,000 victims of communism in Ukraine, and many of the 3,435 Poles murdered in 1940 on Soviet Politburo orders.