The conference has been organised by the IPN’s Historical Research Office, jointly with the Historical and Literary Society in Paris. It will be held in the Polish Library in Paris on 16–17 November. 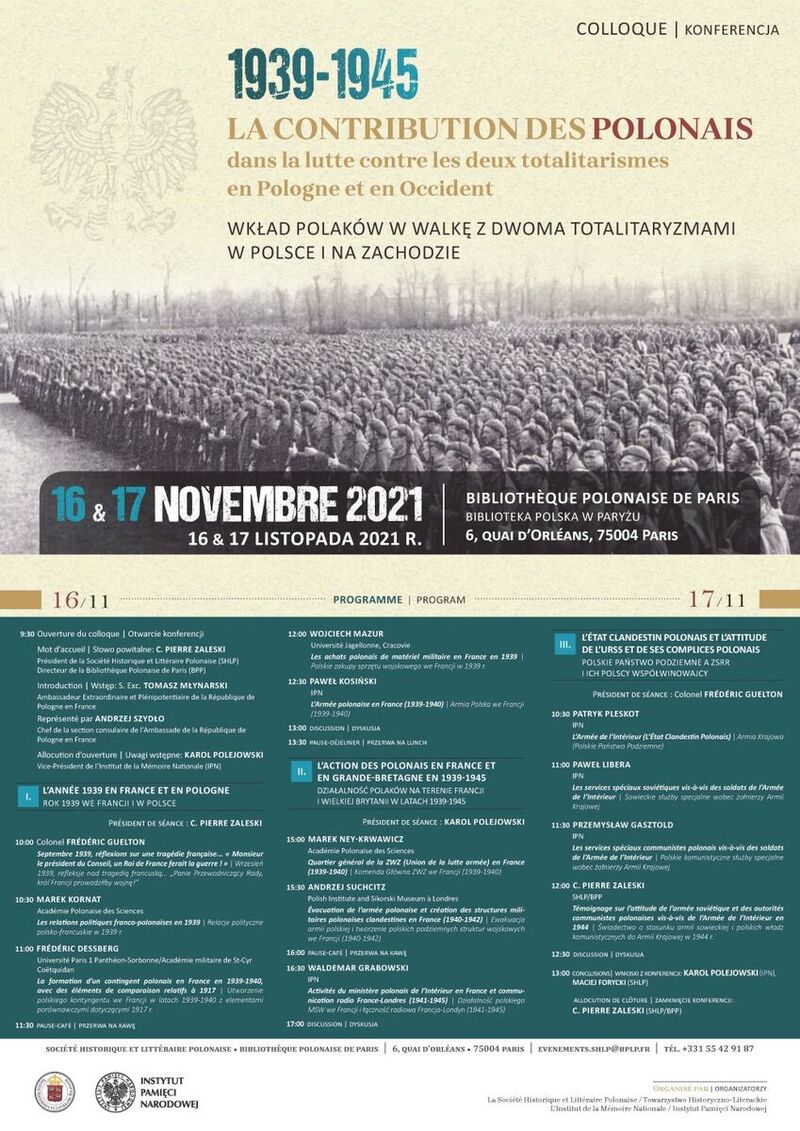 During the conference, researchers from Poland and France will present important issues of the struggle waged by Poland and Poles during World War II. Political and military activities in Western Europe in cooperation with the French state in the years 1939–1940 will be discussed.

Next, we will review some important problems connected with managing the struggle under the occupations, both in the territory of the Republic of Poland, and in France.

The third part of our conference will be devoted to the Polish Underground State and the issue of fighting the soldiers of that state by the Soviet security authorities, supported by the services of the "new" communist Poland.