On 2 November 2021, Wanda Półtawska, Ph.D. — a specialist in psychiatry, during World War II a clandestine liaison officer, imprisoned in KL Ravensbrück — is celebrating her 100th birthday. 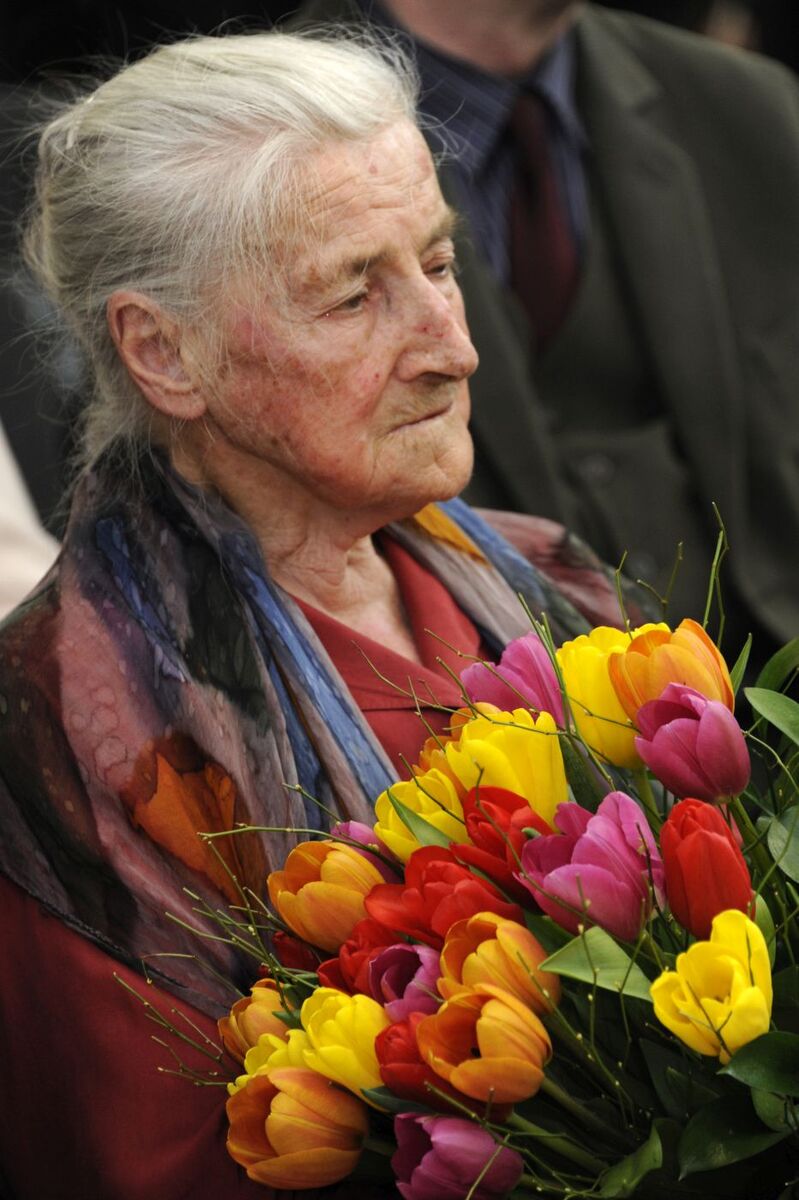 With the beginning of World War II Wanda Półtawska suddenly had to face Nazi cruelty and found herself in a Gestapo prison. She did not feel hatred towards the Germans. She was astonished by the fact that humans were able to inflict such suffering on others.

Wanda Półtawska was born in Lublin on 2 November 1921. She received her education at the Ursulines Sisters' school, and was also active in the scout movement. After the outbreak of World War II, she continued her education in clandestine courses. At the same time, she became involved in underground resistance activity as a liaison officer.

After being arrested by the Germans in 1941, she went through a brutal, months-long interrogation and was repeatedly tortured. From the prison in the Lublin Castle, in September 1941, she was sent to the German concentration camp in Ravensbrück, where she became a victim of pseudo-medical experiments.

After the end of the war she attempted to give testimony about her experiences in the concentration camp. She included accounts of her stay at Ravensbrück in the memoir “And I am afraid of my dreams”. She intended to commemorate the Polish women imprisoned in the former German camp in Ravensbrück. At the same time she carried out research on the so-called “children of Auschwitz” (people who found themselves in concentration camps at a very young age). She also participated in the work of the Commission for the Investigation of Nazi Crimes in Poland.

Affected by her experiences in the concentration camp, she decided to become a physician and completed her medical studies at the Jagiellonian University in Cracow. She developed the so-called “objective psychotherapy” method aimed at raising young people’s awareness as to their role in society and family in order to help them overcome their adaptation problems. She also dealt with the impact of abortion on women's health. Her research and work triggered her commitment in pro-life activities. She started cooperation with Archbishop Karol Wojtyła, and continued it after his election to the Papacy. Her friendly relations with John Paul II have been the subject of numerous memoirs, and have began an important aspect of commemorating the Polish Pope.

She was honored with the Order of the White Eagle, the Commander's Cross with Star of the Order of Polonia Restituta,  and many other state and church distinctions.

In 2019, she received the "Custodian of National Memory" prize. – “I like this award for I have been a custodian of values all my life,” she said during the award gala, stressing that in her long life, marked by the cruel experiences of war, she has always tried to bring forth the virtue of patriotism and to convince people that they must feel proud to be Polish. She stressed the significance of knowing one’s own identity, heritage and history.