A final farewell to Teresa Ujazdowska 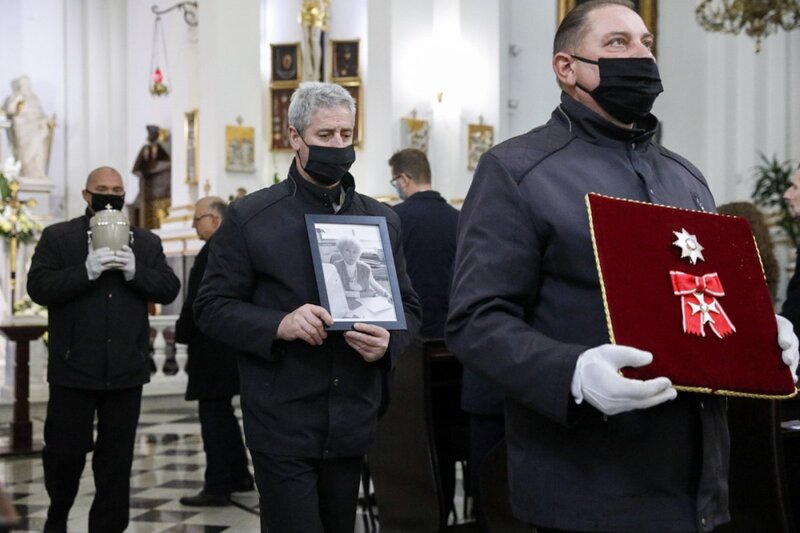 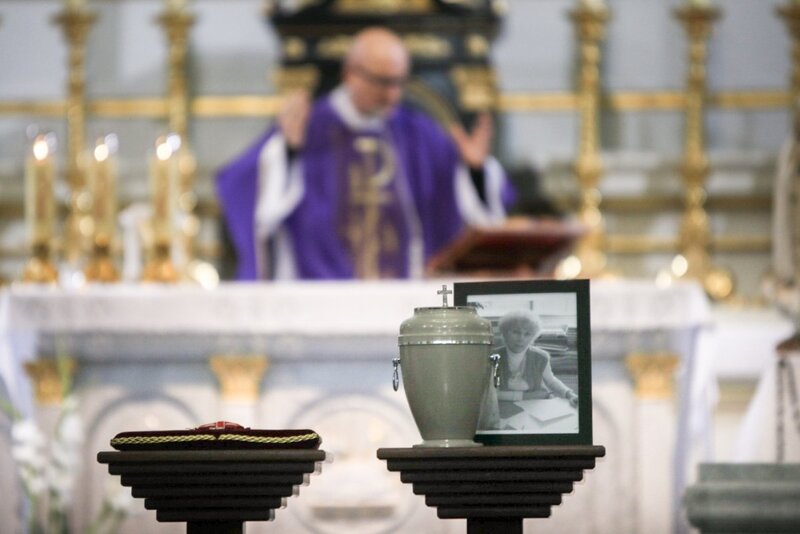 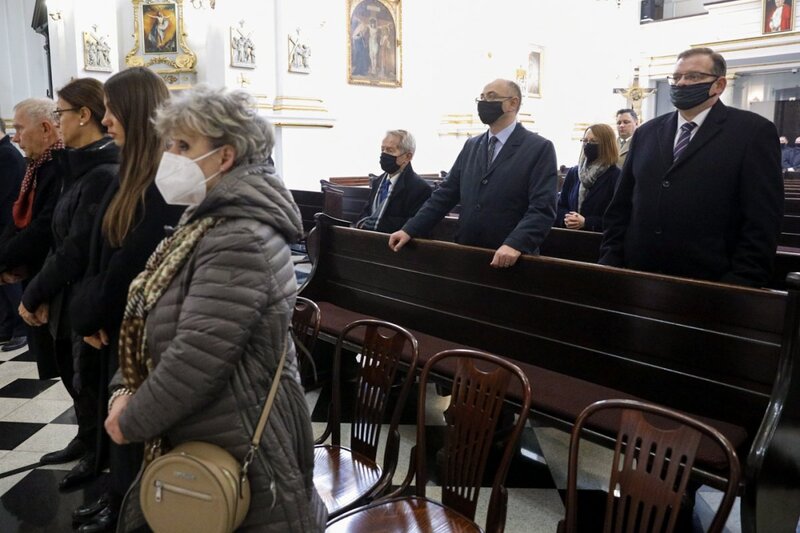 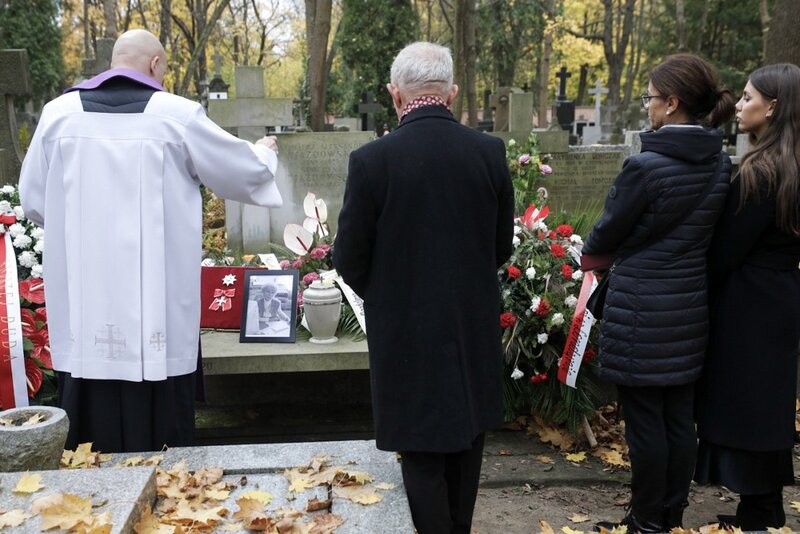 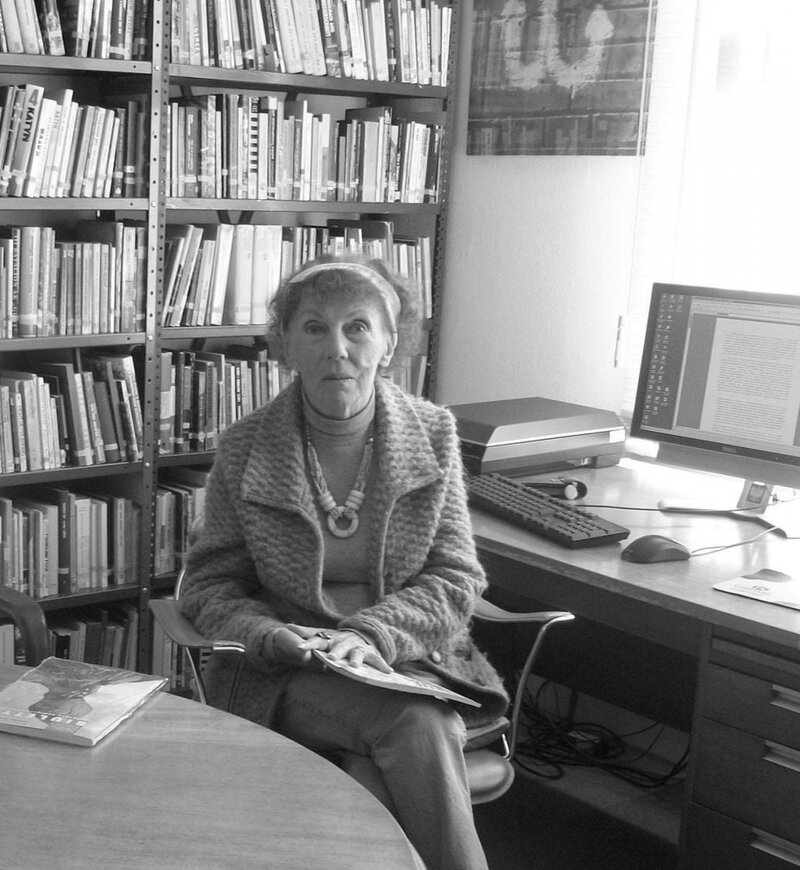 On 28 October 2021, we bid our final farewell to Teresa Ujazdowska - a member of the Board of the Home Army Foundation in London, a liaison officer in the Warsaw Uprising and a “Solidarity” activist.

The memorial service held at the Stare Powązki cemetery was attended by the Deputy President of the Institute of National Remembrance Mateusz Szpytma, Ph.D.

Teresa (Tesa) Ujazdowska was born in 1931. During the Second World War she was a member of the Gray Ranks Scouting Association and a liaison officer during the Warsaw Uprising. In the years 1953–1983 Teresa Ujazdowska performed in numerous theaters, incl. those in Łódź, Jelenia Góra, Wałbrzych and Częstochowa.

She was a great supporter of the political changes in Poland and an active member of "Solidarity". Due to this, she was interned during Martial Law and held in detention centers in Lubiniec and Gołdap. After being released from internment, she left for England.

In London, remaining faithful to the ideals of "Solidarity", Teresa Ujazdowska actively participated in the activities of pro-independence circles. She cooperated with the highest authorities of the Republic of Poland in Exile, including President Kazimierz Sabbat and President Ryszard Kaczorowski.

For several years she was the author and editor-in-chief of "Dziennik Polski" - the largest Polish newspaper in Great Britain. She later became the editor-in-chief of such periodicals as "Tydzień Polski" (the weekend edition of "Dziennik Polski") and "„Biuletyn Studium Polski Podziemnej w Londynie”. She was a member of the Board of the Home Army Foundation in London and a true icon of Polish political emigration.

She lectured in Poland on numerous occasions and cooperated with national and foreign research centers. In 2007, she participated in the work of the General Anders Year organizational committee. On her initiative, in 2007 the President of the Institute of National Remembrance visited London and established cooperation between the IPN and UK-based emigration centers.

For years, she was also a Board Member of the Association of Polish Stage Actors Abroad (ZASP). She also directed plays for the Polish ZASP Theater in London. She was the wife of Lt. Przemysław Szudek (died 2008) - an officer of the Home Army, prisoner of KL Auschwitz and adjutant of the President of the Republic of Poland in Exile, August Zaleski.