Commemoration of the “Solidarity” activist Grażyna Langowska. Langowska’s Prize given in the presence of the State Authorities – 25 October 2021

Grażyna Langowska was an outstanding anti-communist opposition activist, the "Solidarity" trade union member and Member of the Parliament of the Republic of Poland. A ceremonial unveiling of a plaque commemorating Langowska was held on 25 October 2021, at the Warmińsko-Mazurskie Voivodship Office. Moreover, for the first time, Grażyna Langowska's Prizes were granted to teachers, educators and institutions acting in a patriotic spirit. 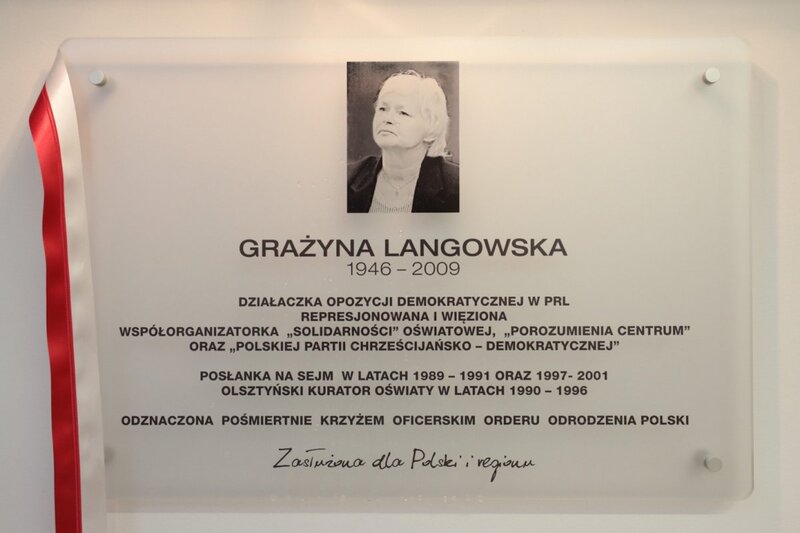 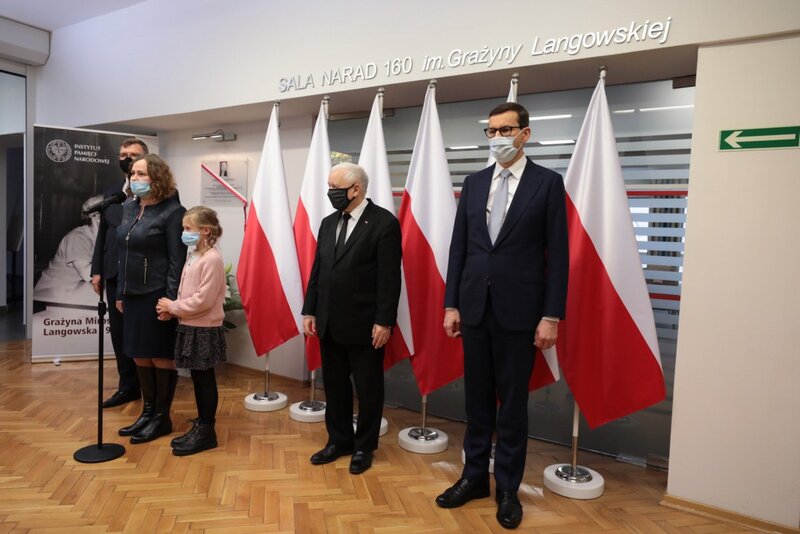 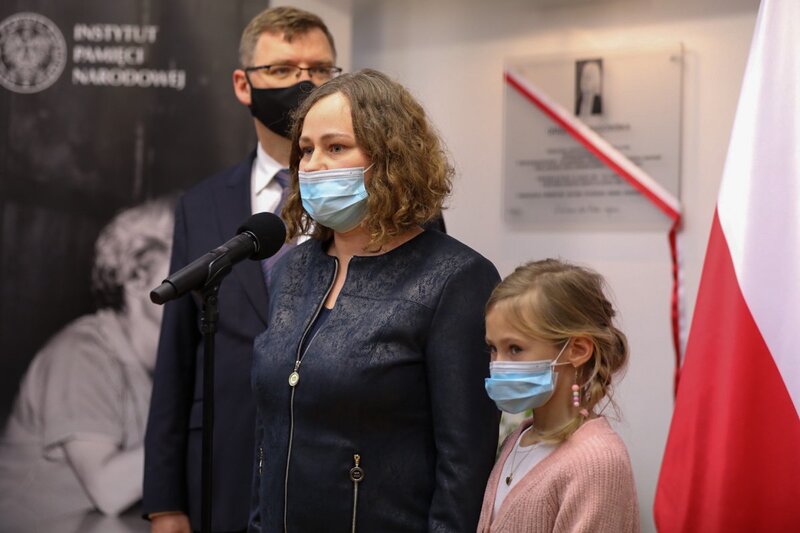 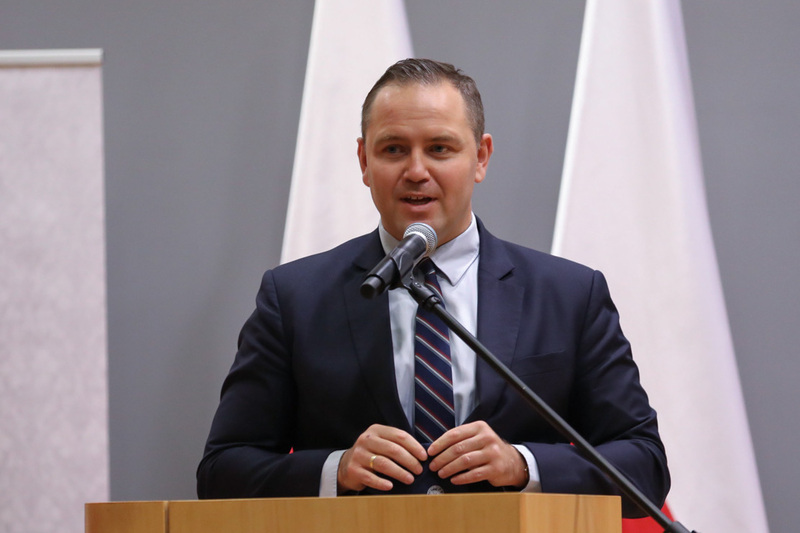 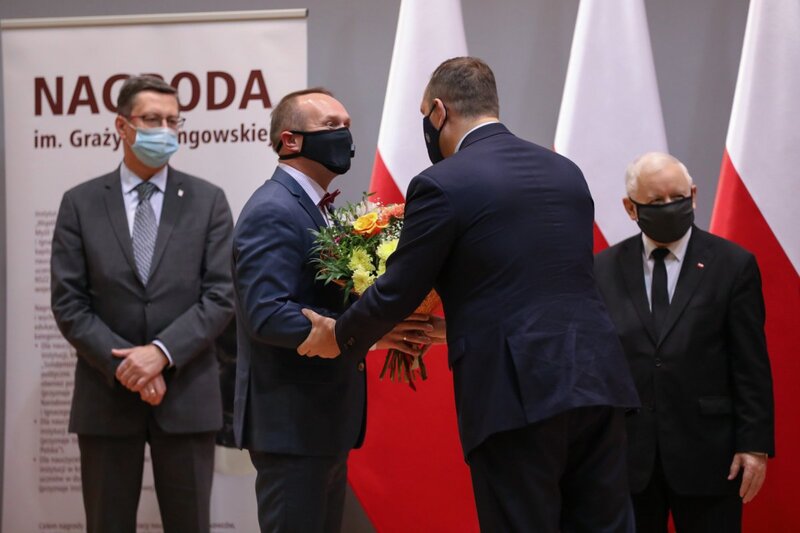 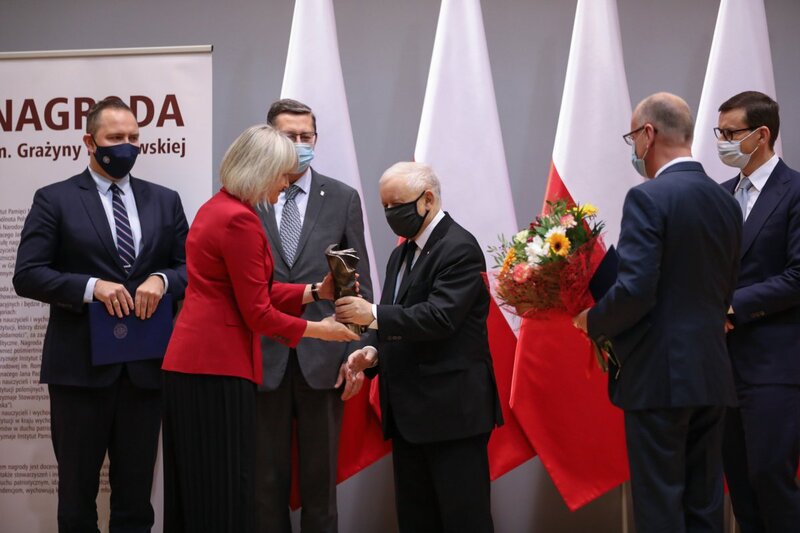 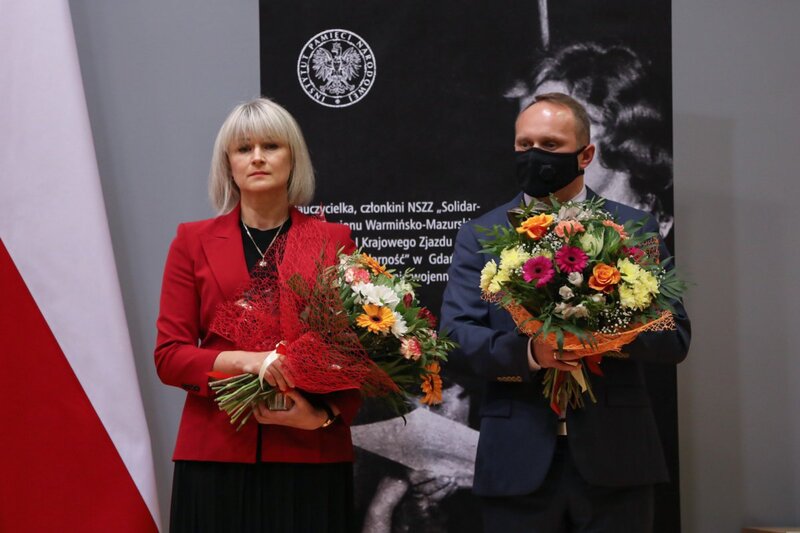 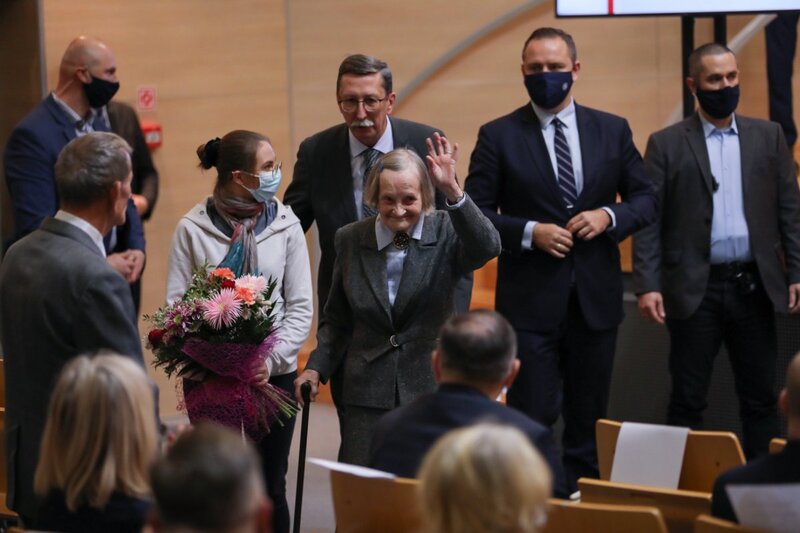 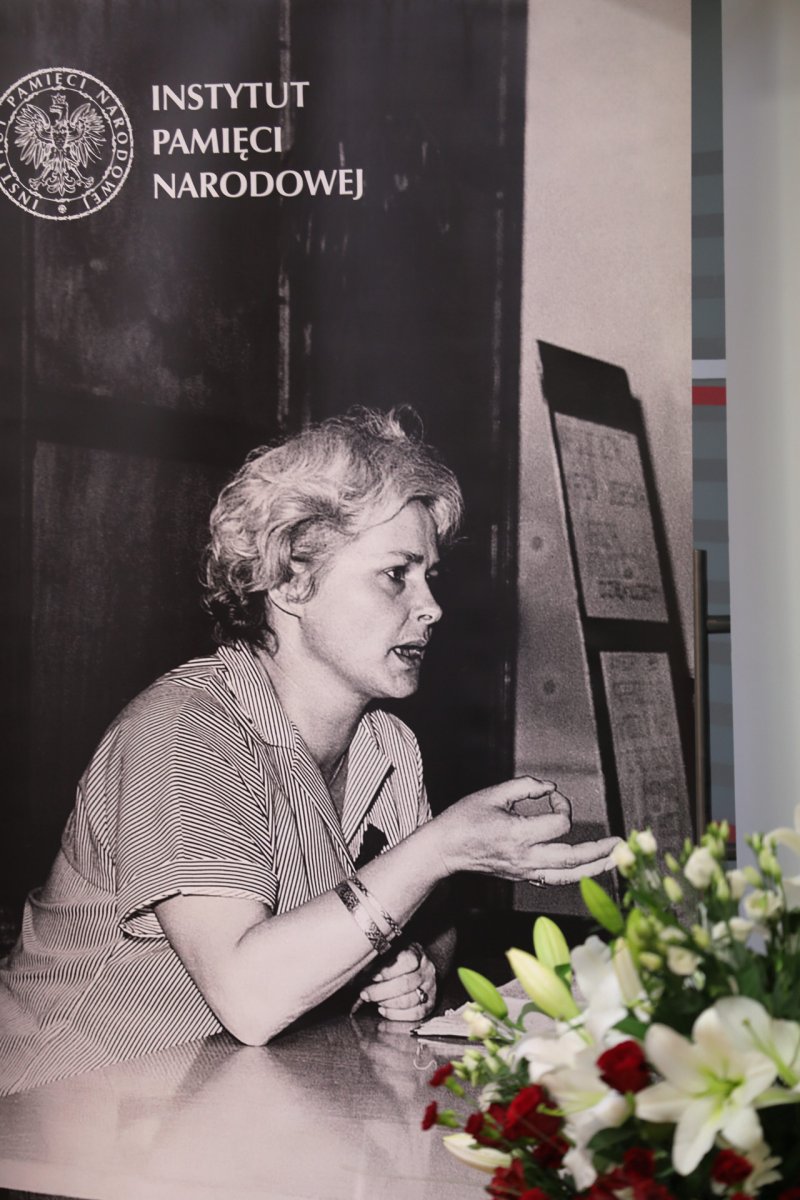 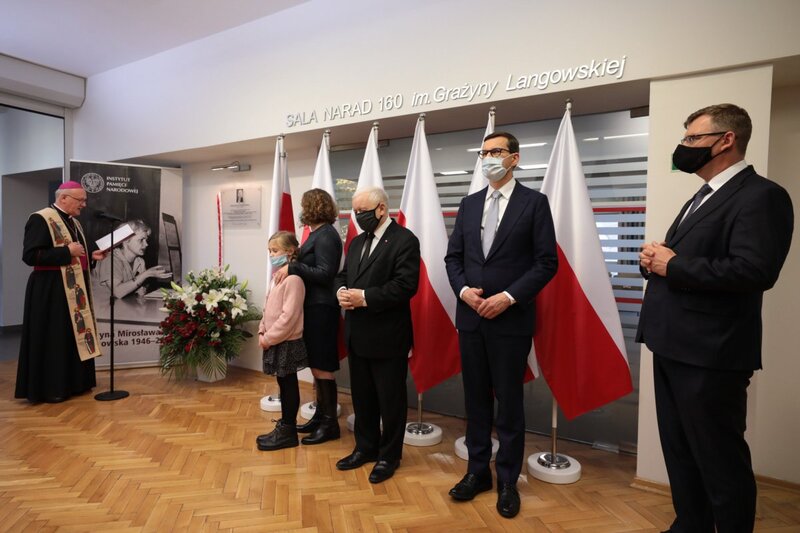 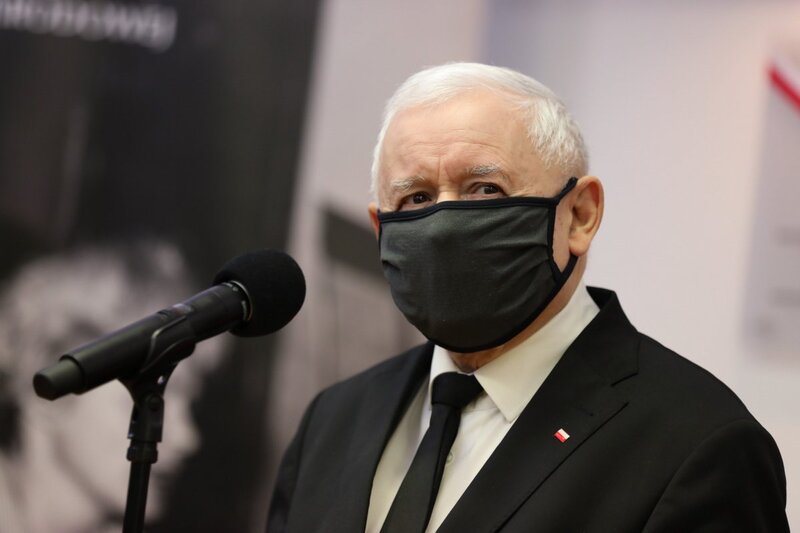 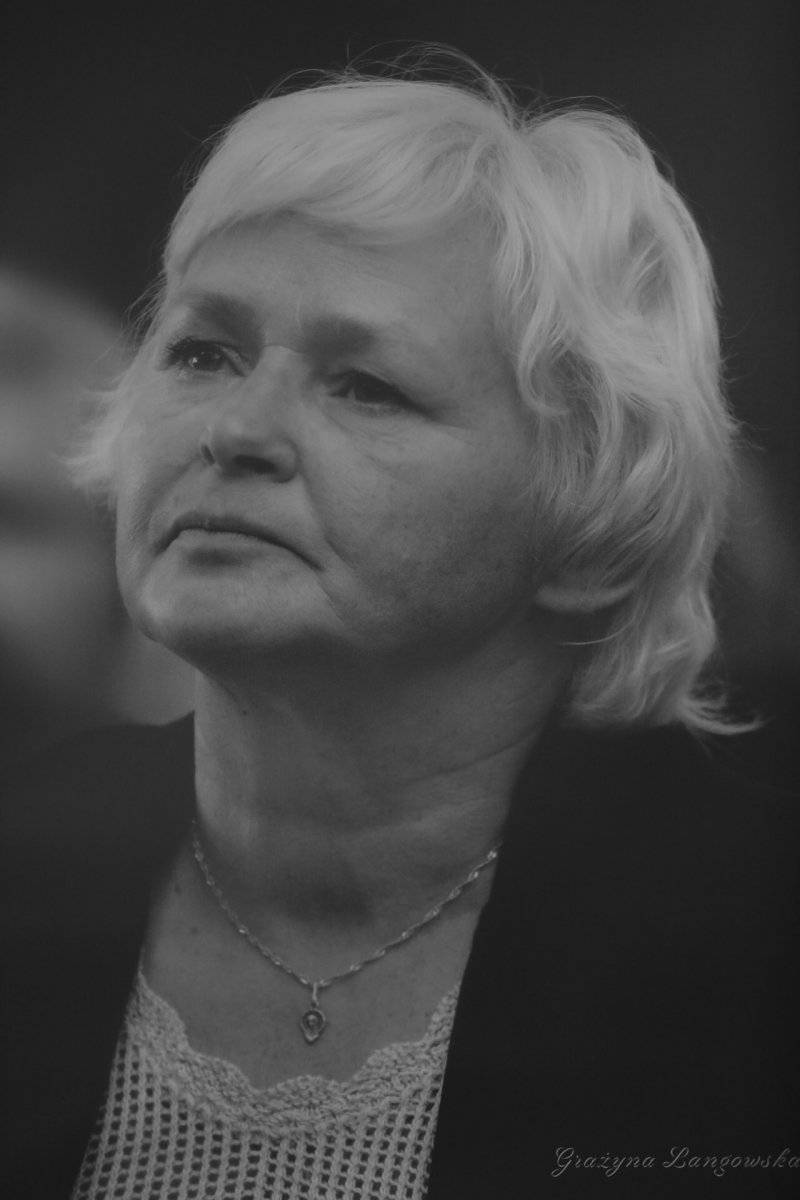 The following persons participated in the ceremony: the Prime Minister Mateusz Morawiecki, the Deputy Prime Minister Jarosław Kaczyński and the Minister of Education and Science Przemysław Czarnek, as well as the late Grażyna Langowska’s daughter, Helena Kramarska. The speeches emphasized the noble attitude of the award's patron. The IPN President Karol Nawrocki, PH.D. said:

The communist regime couldn't stand the likes of Grażyna Langowska, people committed to the idea of freedom and, notwithstanding the consequences, prepared to serve other people

More about the Langowska’s Prize.

The Grażyna Langowska Prize was established on the initiative of the Association "Polish Community" by three founders. It is awarded in three categories. The Roman Dmowski and Ignacy Jan Paderewski Institute for the Legacy of Polish National Thought rewards teachers, educators and institutions operating in the so-called "Solidarity Era" (1980—1990). The honor in this category is also awarded post mortem. The Institute of National Remembrance selects the laureates from among Polish teachers, educators and institutions, who educate young people in a patriotic spirit. The "Polish Community" Association awards the prize to teachers and educators, as well as to Polish institutions abroad.