”I feel that I am in the company of good friends” – the President of the Institute of National Remembrance, Karol Nawrocki, Ph.D. at the 3rd Poland-Hungary Forum – 22 October 2021 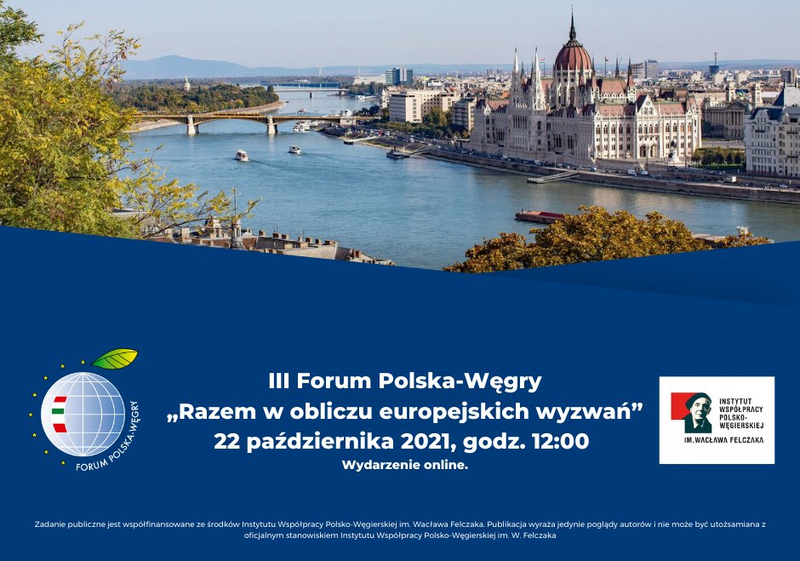 The 3rd Poland-Hungary Forum entitled “Together in the face of European challenges” took place on 22 October 2021. The Institute for Eastern Studies invited the President of the Institute of National Remembrance, Karol Nawrocki, to take part in an online panel discussion “Does the remembrance policy in the countries of Central Europe connect or divide?”.

The third edition of the forum was devoted to the strengthening of local, regional and national relations between Poland and Hungary as well as our 1000 year-long shared history.

At the beginning of his speech, President Nawrocki pointed out that remembrance policies can, on the one hand, help build mutual relations, but may also constitute an element which hinders them.

“The long-term history of Polish- Hungarian relations is undoubtedly a factor which connects our nations”, he said.

Even in times when we were seemingly on different sides of the barricade, in extreme circumstances, mutual sympathy and respect have always prevailed. To support this thesis, he referred to István (Stefan) Elek, a Hungarian, and after the war, a citizen of Gdańsk, whom he had the honor of meeting personally. Elek, as the commander of the unit directed by the Germans to suppress the Warsaw Uprising, replied that there was no such possibility.

President Nawrocki also mentioned János Esterházy, an activist of the Hungarian minority in pre-war Czechoslovakia and a great friend of Poles, whose monument stands in Warsaw.

Referring to the fact that for the countries of Central and Eastern Europe the year 1945 did not mark the end of the Second World War, Karol Nawrocki pointed out that this unity in remembrance should not be forgotten. – "Such uniting experiences allow us to stand up for the truth together," he said.

While discussing the period of communist rule, the IPN President stressed the significance of the bloody events of 1956 in Hungary. He recalled a rally which began at the Budapest Polytechnic during which students demanded the removal of the Stalinist government from power and the restoration of civic freedoms to their Polish friends and the motto:” All Hungarians, join us, we will follow the Poles!"

At the end of his speech the President of the IPN discussed situations when common history turns into a battlefield, as is the case with the Russian Federation. – When history becomes a problem, it is worth settling disputes on the basis of reliable scholarly research, not emotions. We would like remembrance to be a field of round table negotiations, he declared.