The screening of the movie "Trip of the Polish Army Veterans Association in America to their Homeland"; New York, NY, 17 October 2021.

An official presentation of the reconstructed movie "Trip of the Polish Army Veterans Association in America to the Homeland" (1927) took place on Sunday, 17 October 2021 at the Polish National House in New York. The event, attended by the Director of the IPN Archive, Marzena Kruk, was organized on the occasion of the 100th anniversary of the Association of Polish Army Veterans in America. 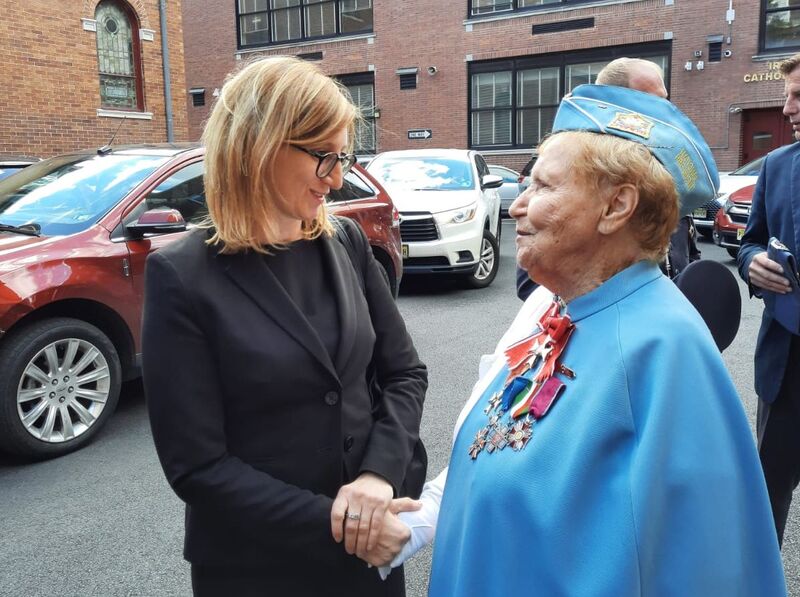 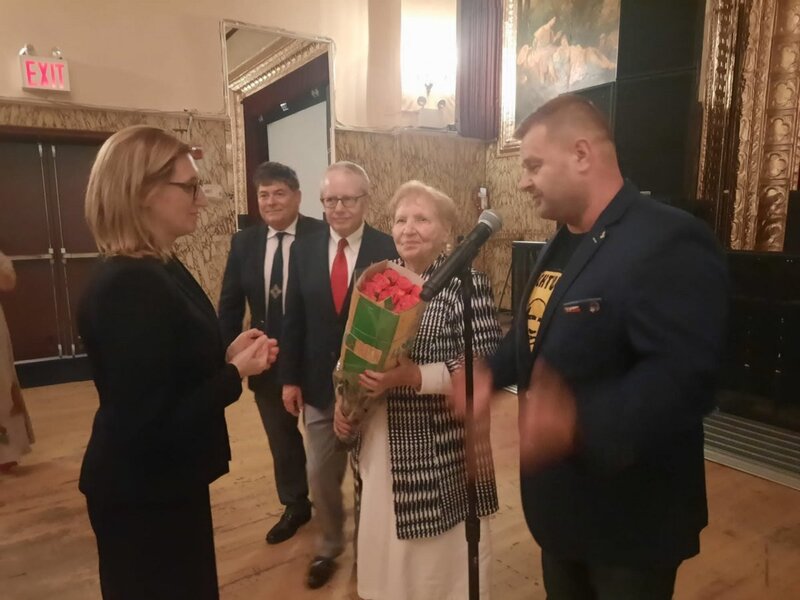 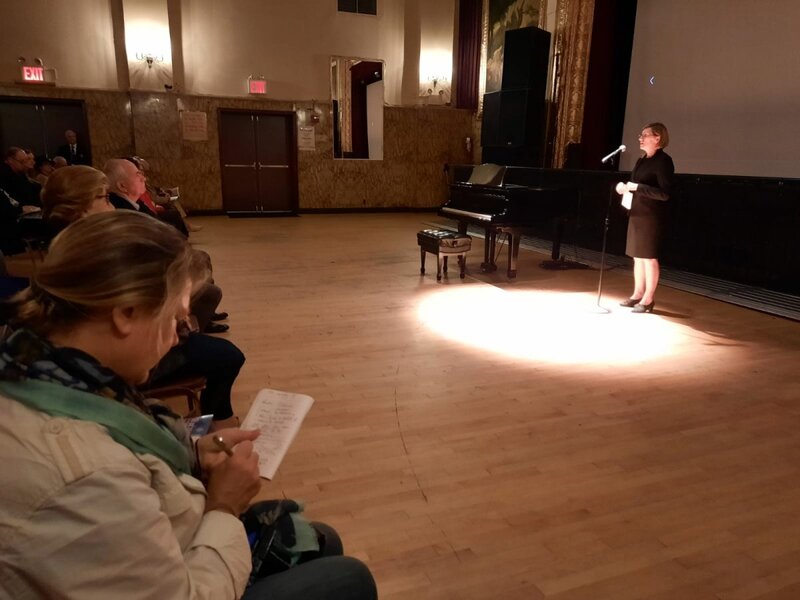 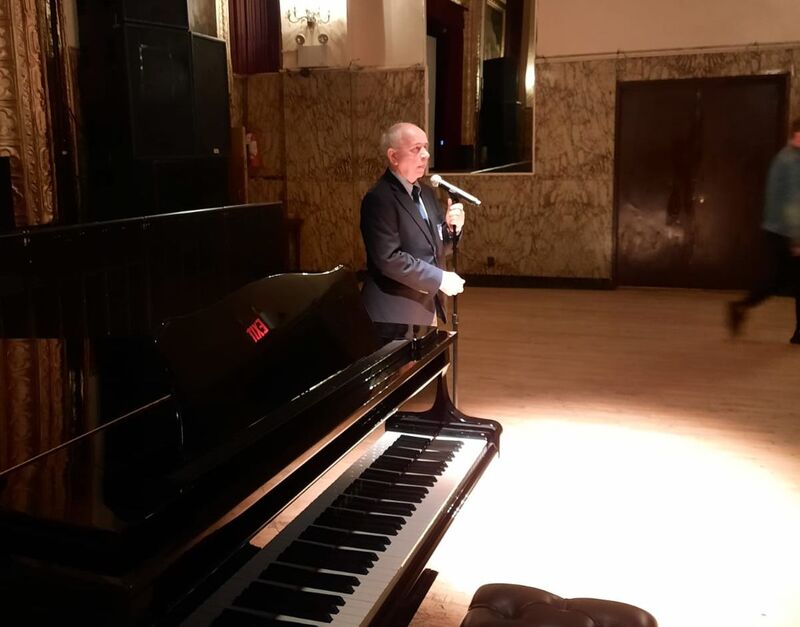 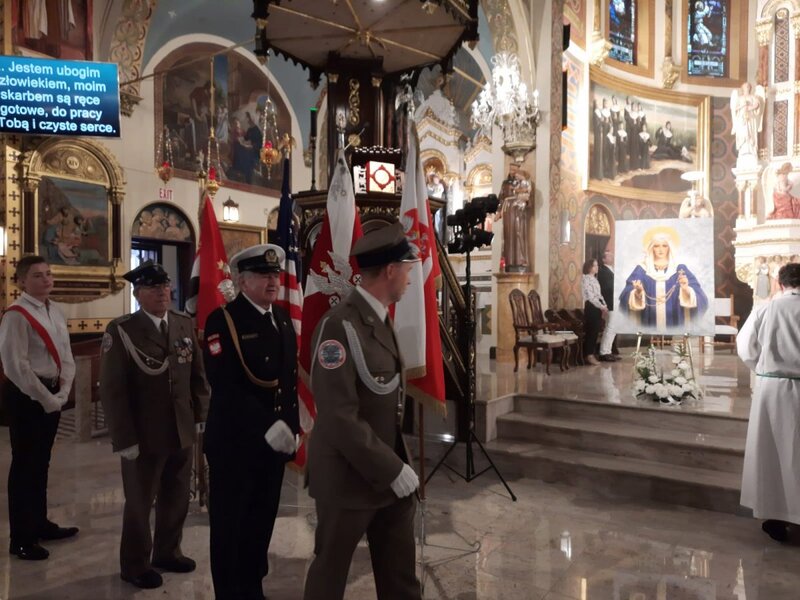 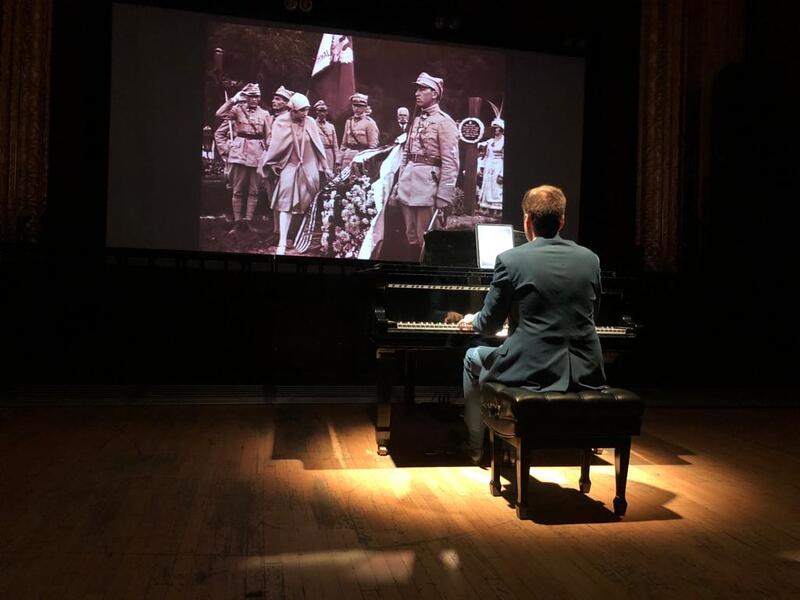 The event started with a service in the St. Kazimierz church in Newark, New Jersey, celebrated by Father Andrzej Ostaszewski, with the participation of a special guest - Cardinal Gerhard Muller.

Part of the event was dedicated to promote an IPN’s publication containing a movie on a Blu-ray titled "Trip of the Association of Polish Army Veterans in America to the Homeland". The documentary shows scenes related to Polish veteran’s reflections while they visited Poland. They were volunteers from Polish communities in America to the so-called Blue Army, formed in France by General Józef Haller in 1917. An anonymous cameramen had captured unique images of Generals Józef Haller and Mariusz Zaruski as well as activists of the Polish Army Veterans Association such as Teofil Starzyński and Agnieszka Wisła.  The film was shot in the cities of Gdynia, Poznań, Cracow, Lviv, Vilnius, Łódź and Warsaw. Among other scenes the documentary shows horse trick riding demonstrated by members of the 15th and the 7th Cavalry Regiment and the parade of the 13th Infantry Division in Równe, Volyn.

The original film was brought to Poland under an agreement signed between SWAP and the IPN Archive. The film was remastered in the studios of the National Film Archive – Audiovisual Institute in cooperation with the employees of the Institute of National Remembrance. It is a priceless historical document since less than 10% of pre-war productions were not damaged during the World War II. This unique document, after the ceremonial re-premiere in Warsaw in December 2018, was presented at film screenings in Gdańsk, Katowice, Łódź, Poznań and Vilnius. The IPN Archive has also prepared an exhibition dedicated to the trip of veterans and the film itself.