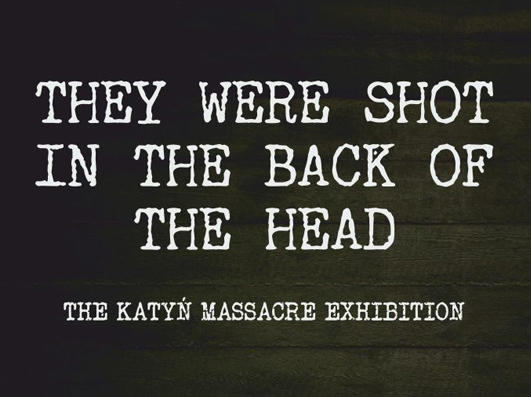 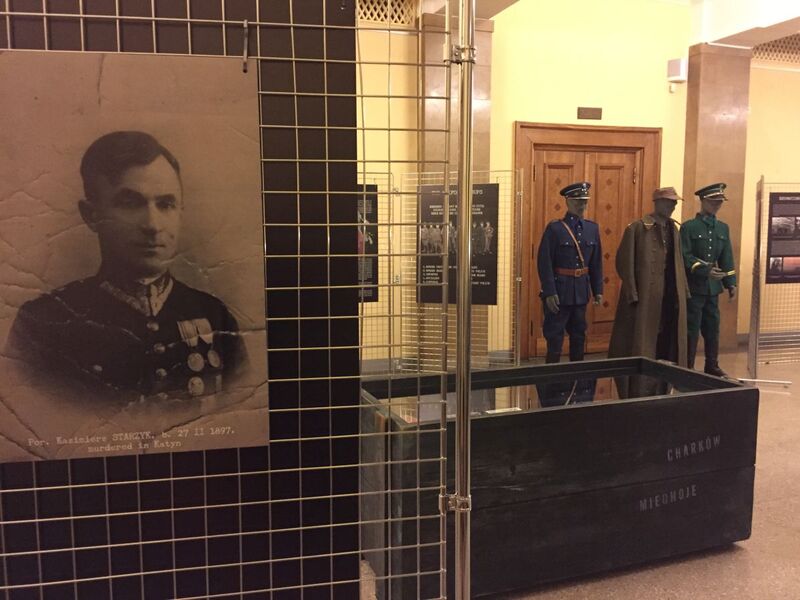 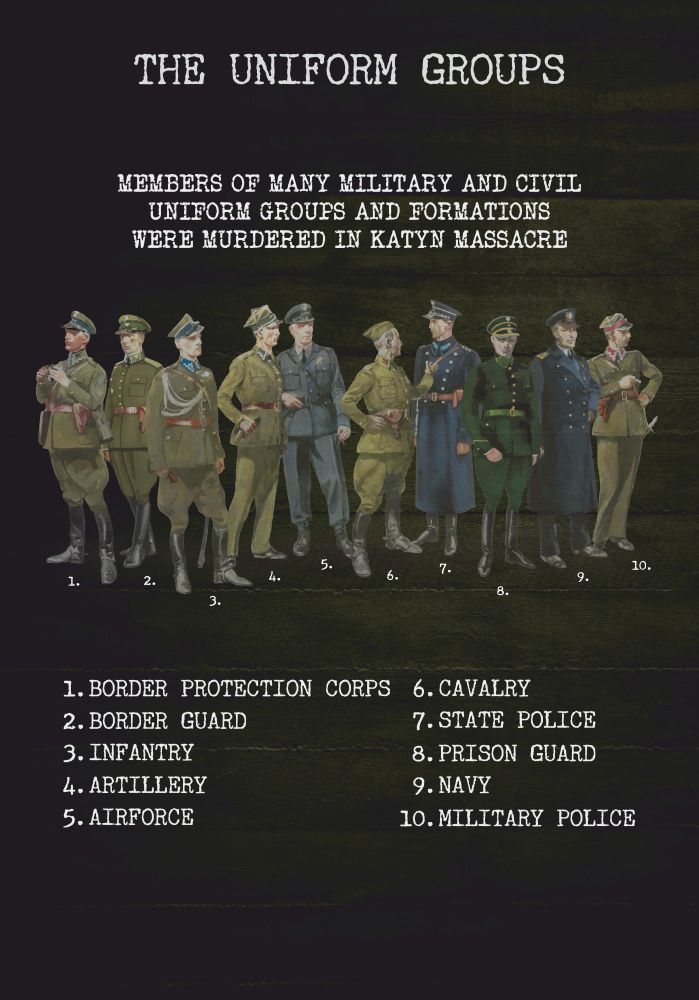 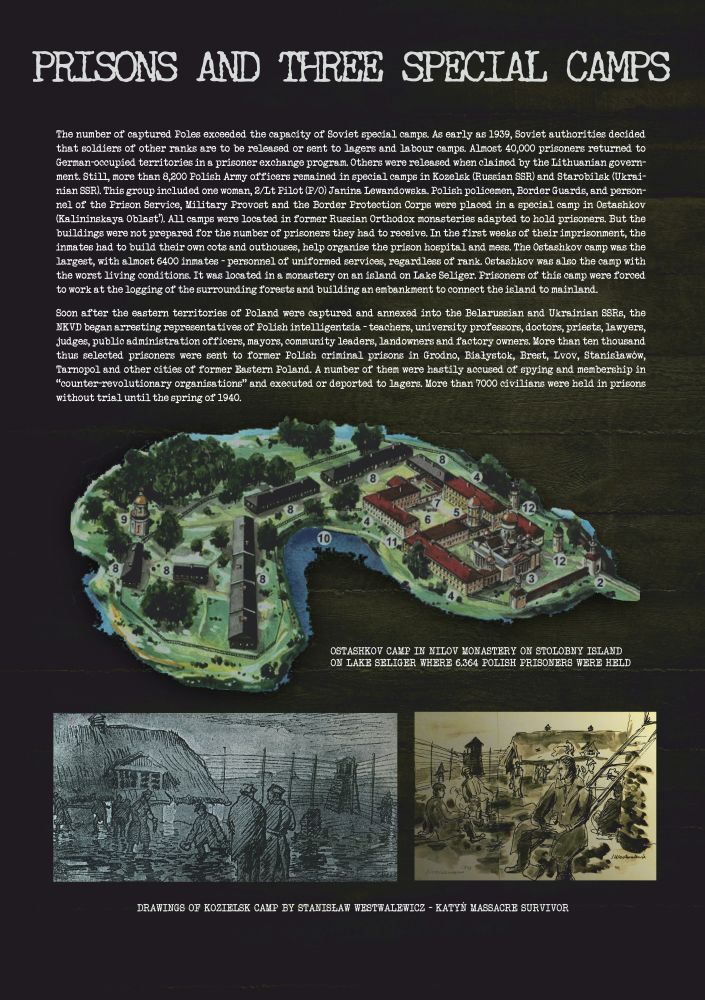 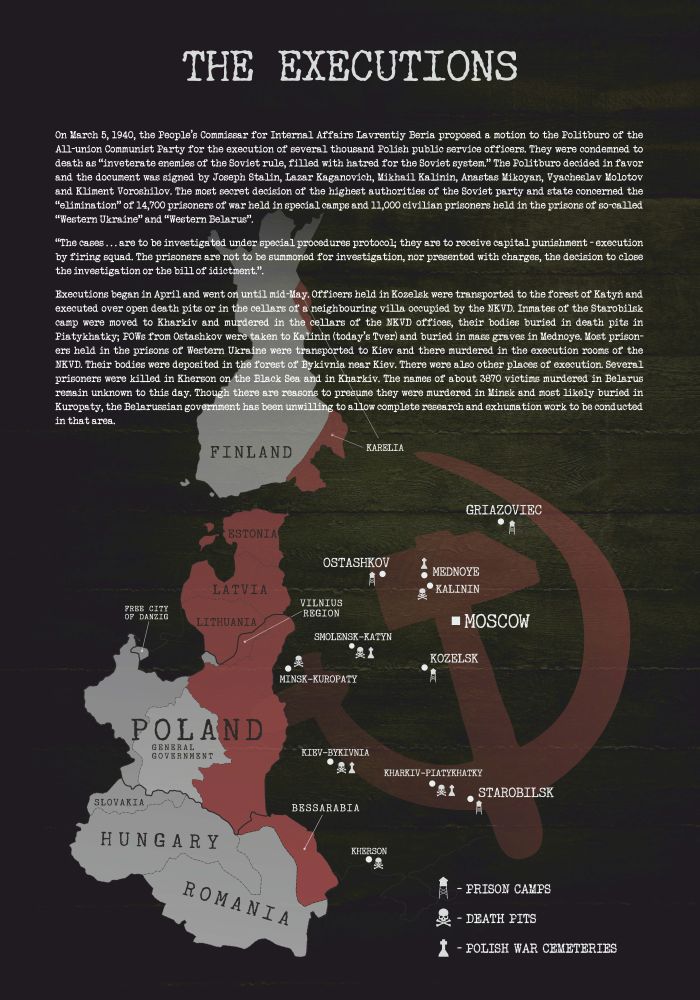 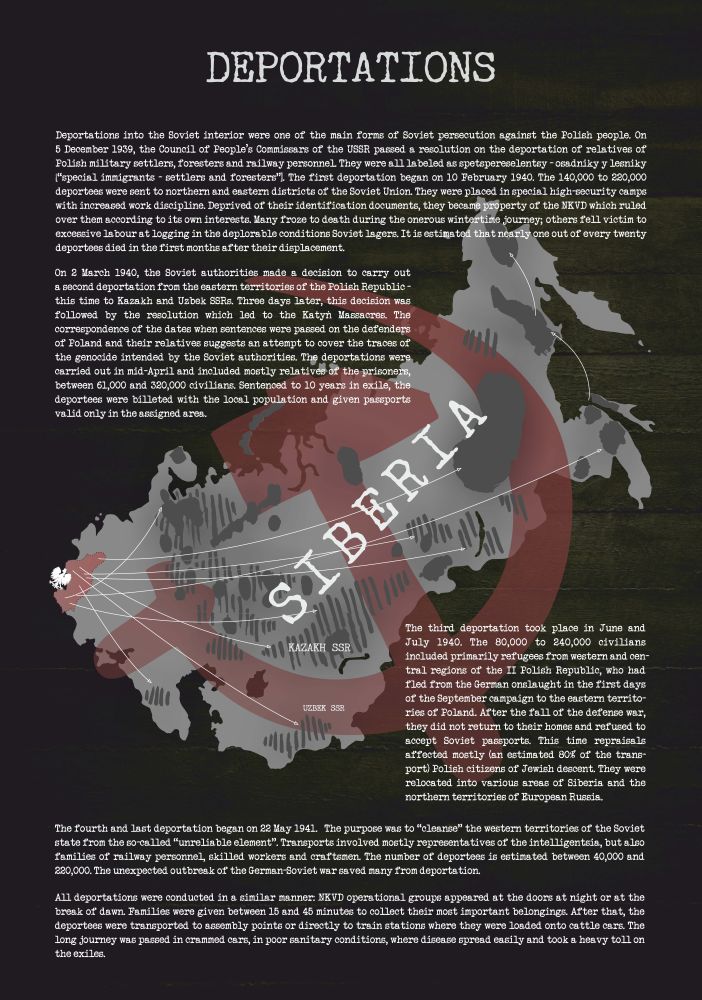 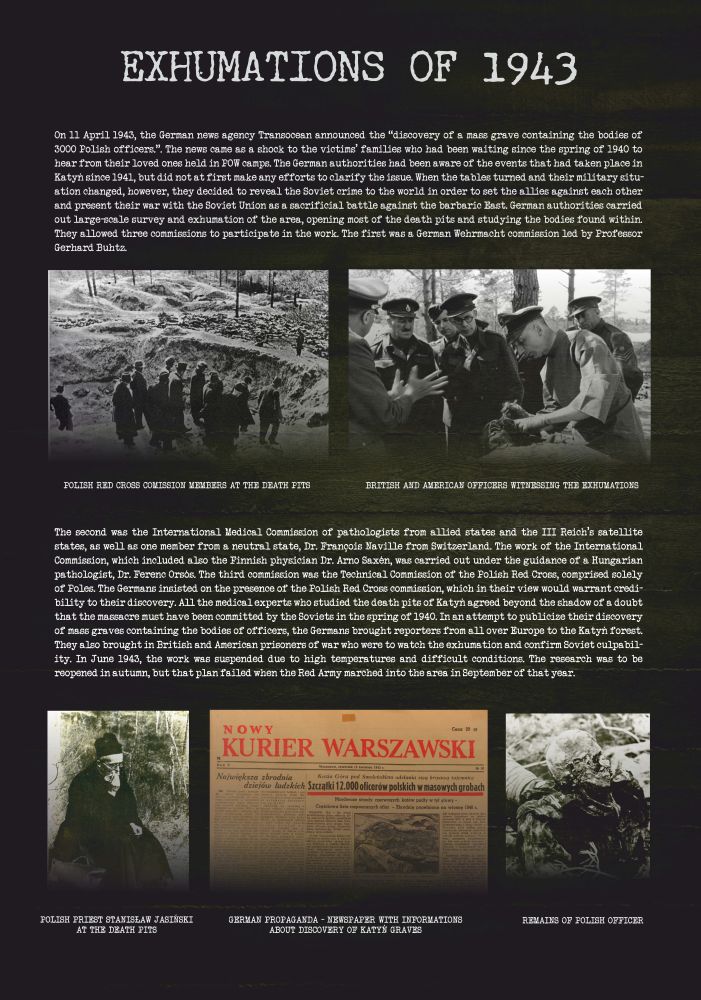 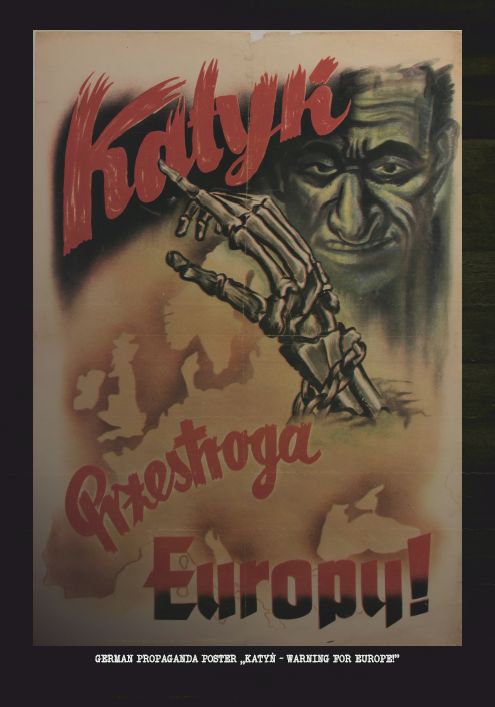 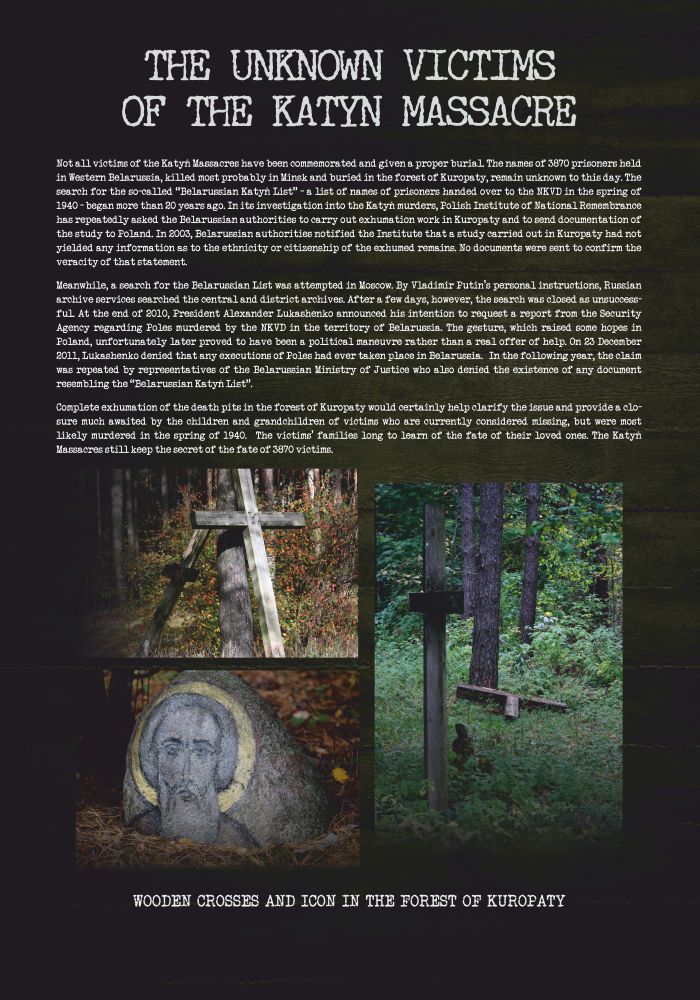 The Katyń Massacre - The massacre perpetrated by the NKVD in the spring of 1940 on about 22,000 Polish POWs and prisoners captured after 17 September 1939 left a heavy mark on the pages of Polish history. By Lavrentiy Beria’s decision of March 5, 1940, all prisoners held in the prison camps of Kozelsk, Starobyelsk and Ostashkov, and prisons of western Ukraine and Belarus, were labeled “enemies of the Soviet state”. Executions began in April and went on until mid-May. Officers held in Kozelsk were transported to the forest of Katyń and executed over open pits or in the neighbouring villa occupied by the NKVD. Inmates of the Starobyelsk camp were moved to Kharkov and murdered in the cellar of NKVD offices, their bodies buried in death pits in Piatykhatky forest; POWs from Ostashkov were killed in Kalinin (today’s Tver) and buried in mass graves in Mednoye. Bodies of victims from the so-called “Ukrainian list” were deposited in the forest of Bykivnia. The names of about 3870 victims murdered based on the “Belarussian list” remain unknown to this day. Though there are reasons to presume they were buried in Kuropaty, the Belarussian government has been unwilling to allow research and exhumation work to be conducted in that area.

The issue of the Katyń massacres is not limited to the year they were perpetrated, but extends to its implications and actions undertaken after 1940, such as reprisals against the prisoners’ families, deportations, a whole spectrum of persecutions, as well as propaganda and decades of silence regarding Soviet genocide on the part of the international community. The mass executions were only the beginning of the harsh fate of Poles under Soviet occupation. It took 50 years before the truth of the Katyń issue could be released and brought under the roof of the Katyń Museum.

By this exhibition we would like to present what Katyń is - a symbol of a genocide perpetrated on the Polish nation under Soviet occupation, of falsifications, of the conspiracy of silence and of the final victory of truth. It is a symbol of the destruction of the Polish intellectual elite, citizens of the Second Polish Republic of diverse ethnicities and faiths, a symbol of a tragedy on a human, national and state level alike.