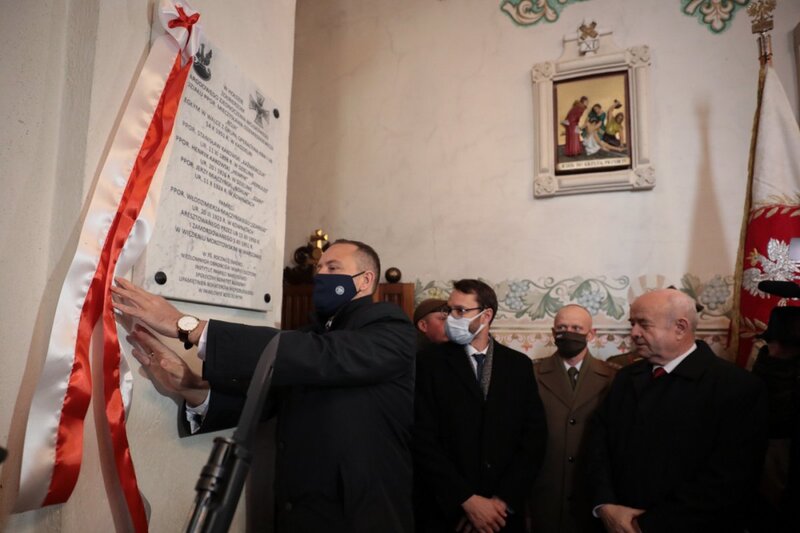 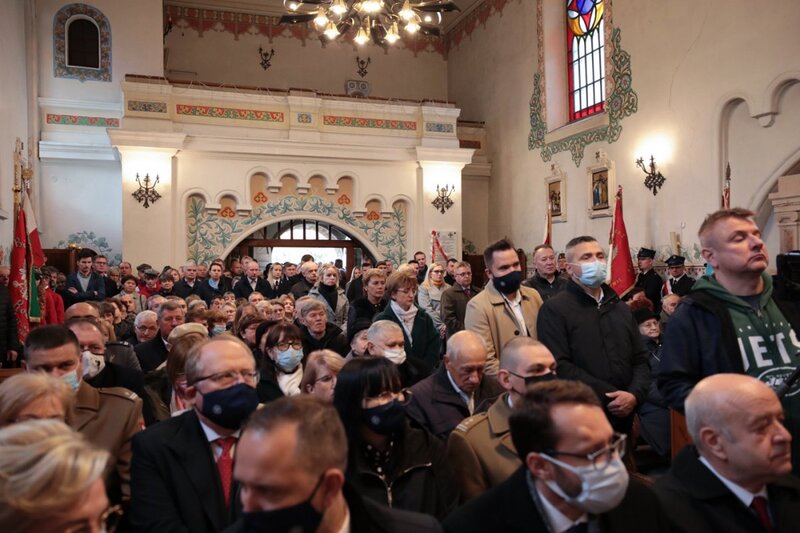 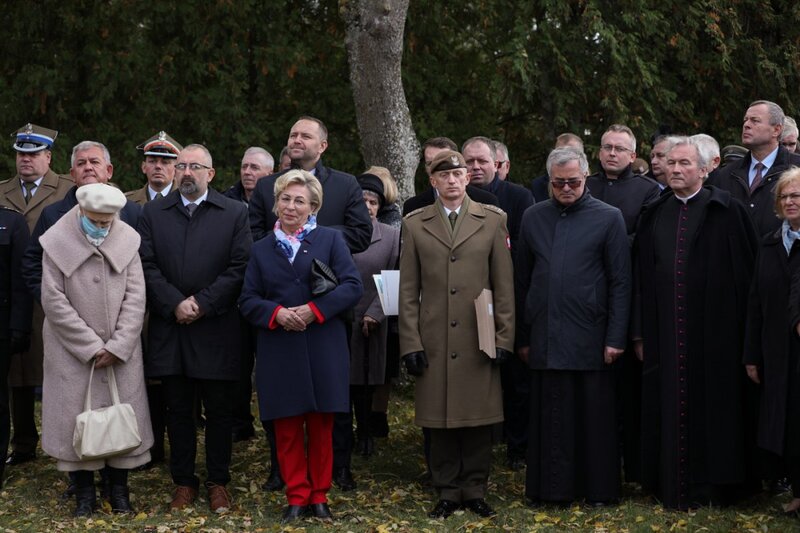 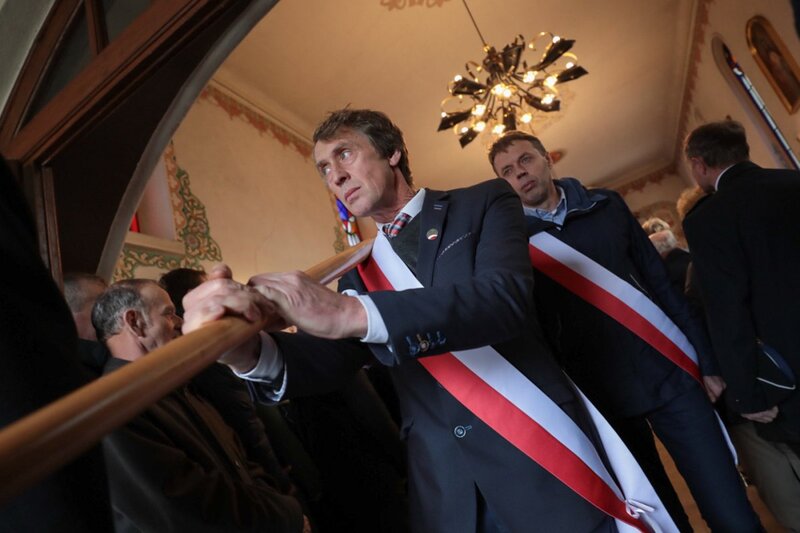 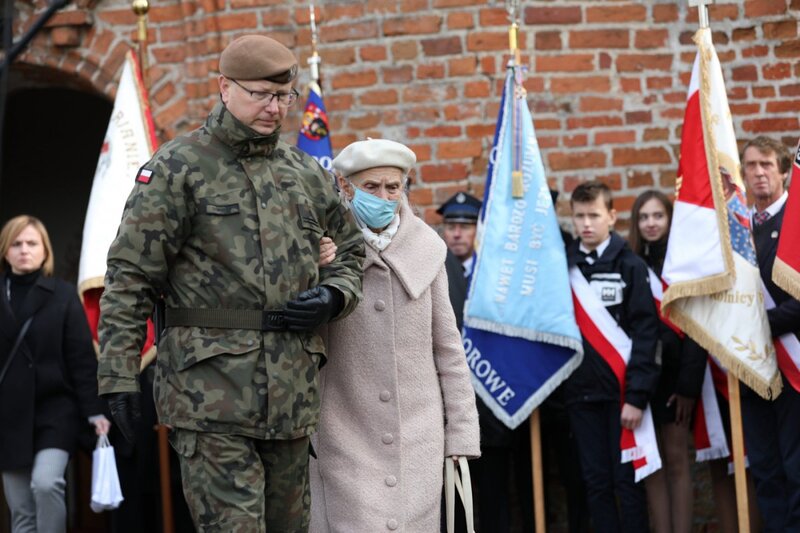 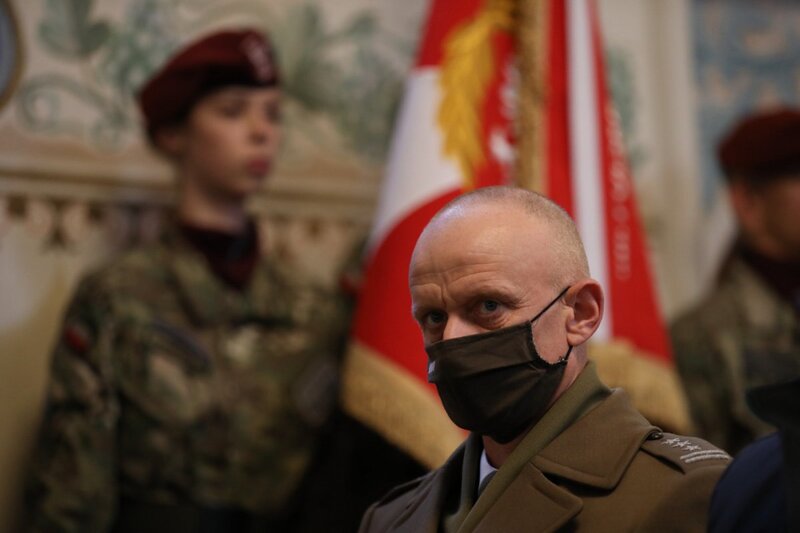 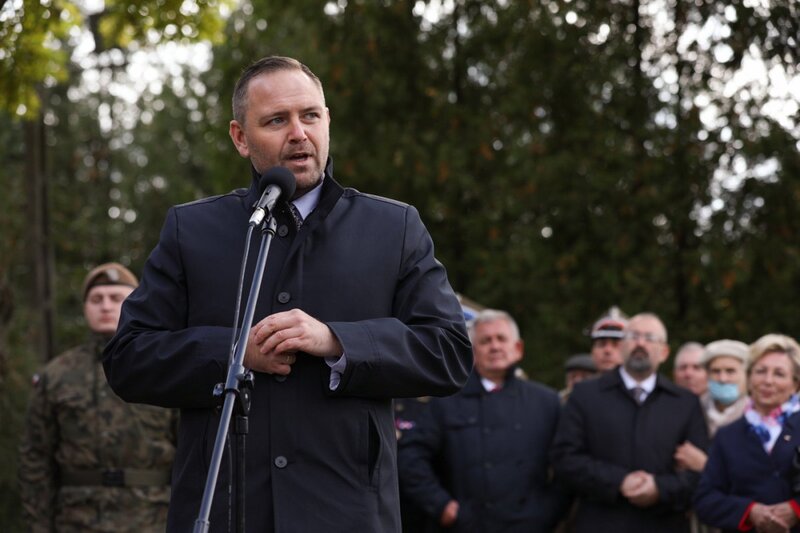 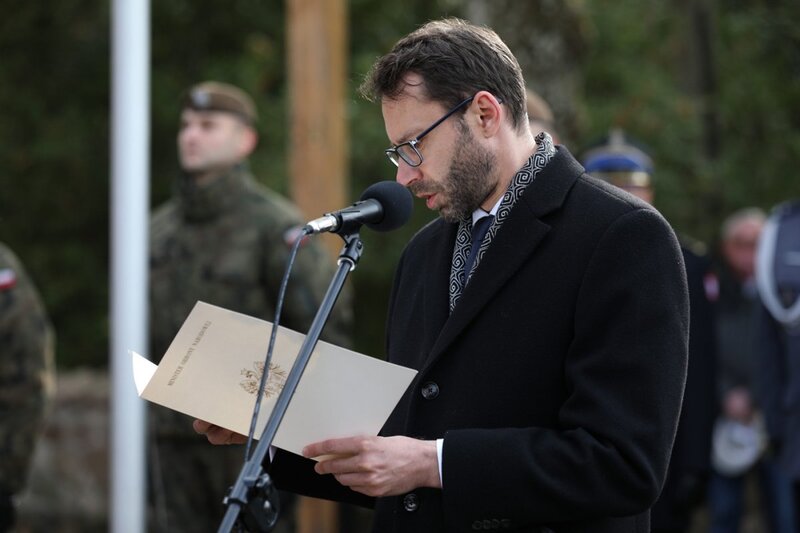 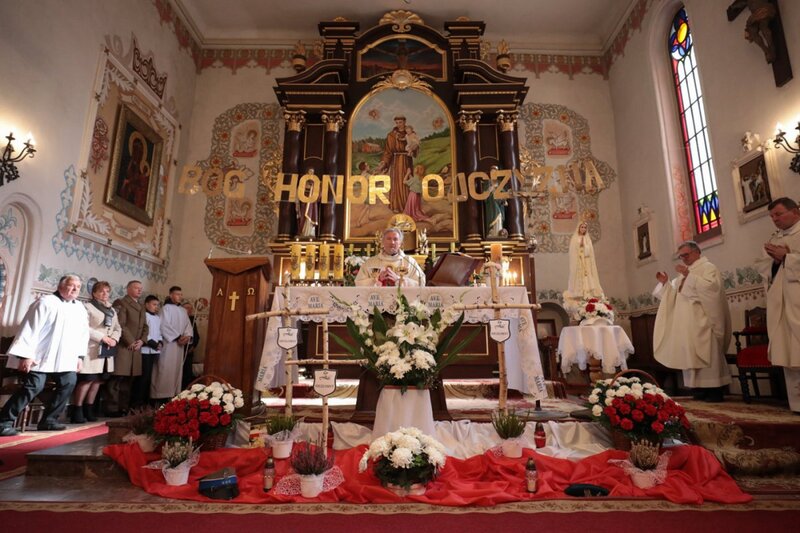 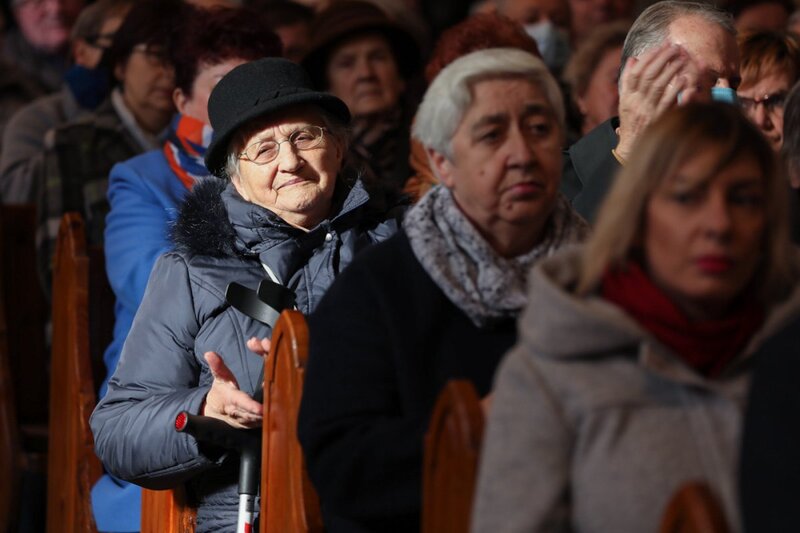 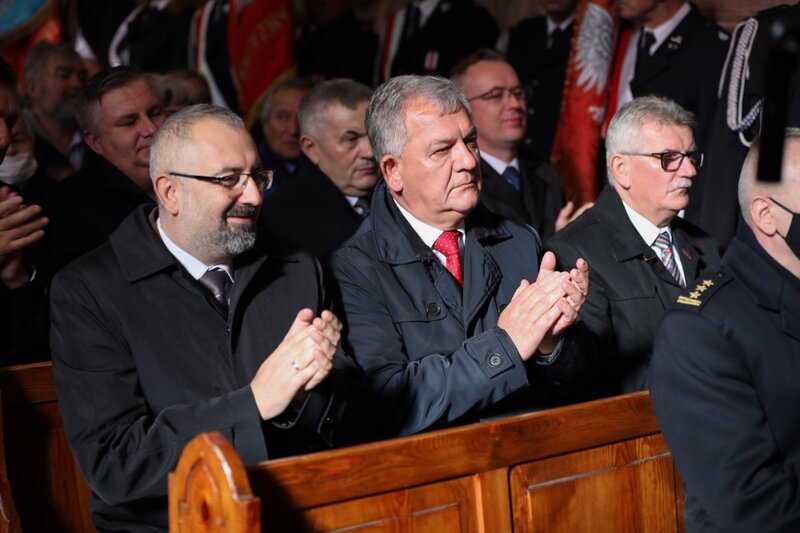 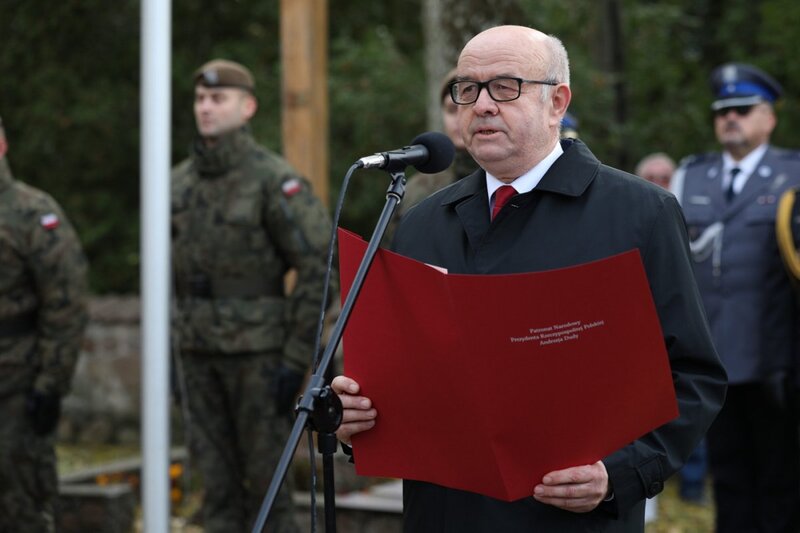 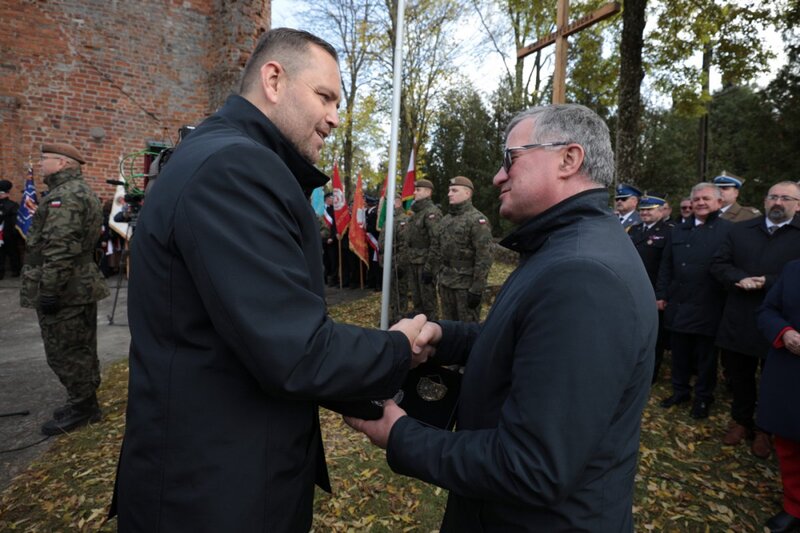 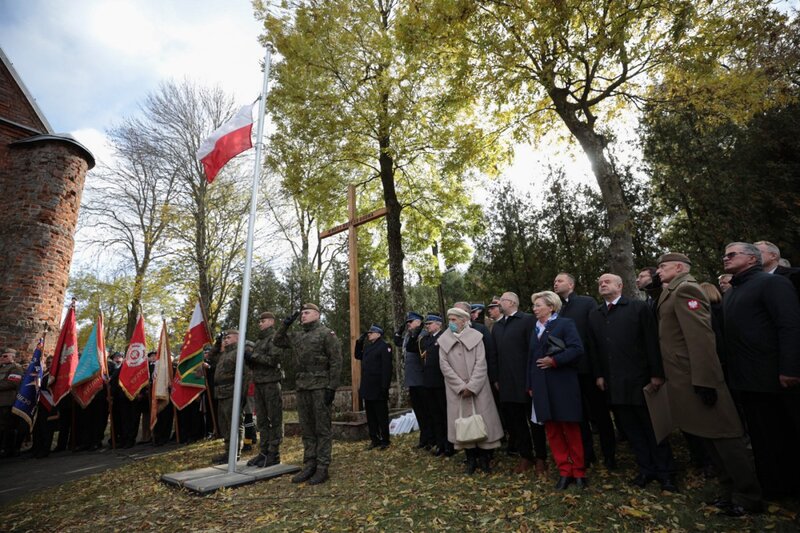 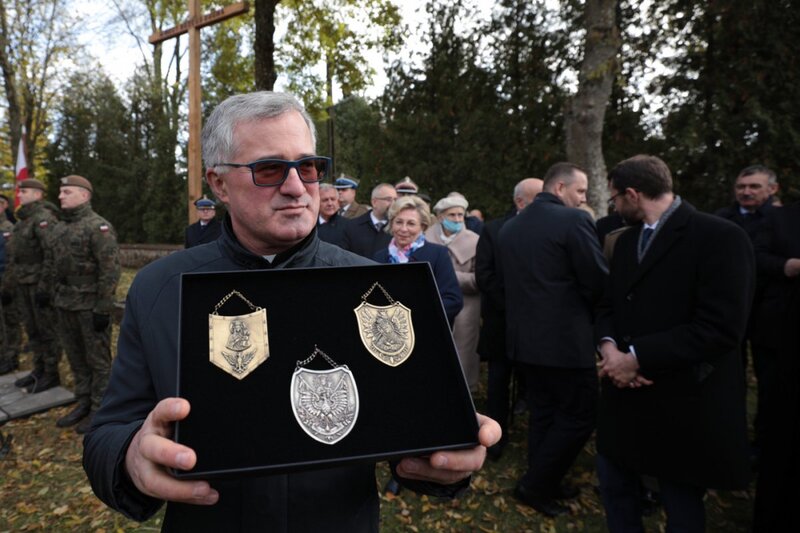 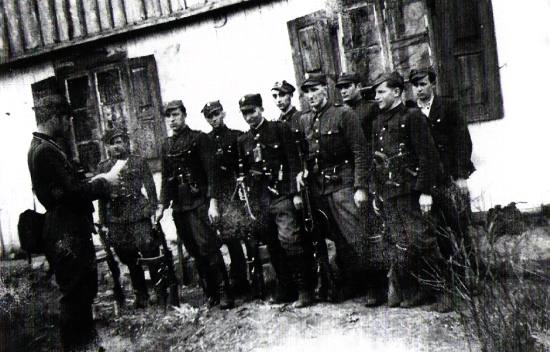 On 16 October, that village in Masovia saw commemoration of post-WWII anti-communist resistance soldiers. A squad from Mieczysław Dziemieszkiewicz unit, commanded by Stanisław Kakowski, was surrounded here in mid-October 1951, and all three of its members were killed in a fierce battle with overwhelming enemy forces.

A mass said for Kakowski and his men opened the event, and then a plaque, designed and funded by the Office for Commemoration of Struggle and Martyrdom, was unveiled by the IPN President Karol Nawrocki, who said,

Our heroes, all born in 1920s, had to fight for free and independent country because in the years 1944 and 1945 Poland was betrayed by both her allies and that part of the nation that collaborated with the regime.

In WWII, Ens. Stanisław Kakowski served in the Home Army, and after the war remained underground, operating in the Przasnysz area. When the Home Army Resistance was disbanded, in late 1946 Kakowski joined a National Military Union unit of Mieczysław Dziemieszkiewicz, codename "Rój". He served under his command until May 1951, when Dziemieszkiewicz was apprehended by communist Internal Security Corps and killed in battle, and then operated on his own. Targeted by the security services, he was betrayed by an informer and tracked down in the village of Kadzielnia on 14 October 1951. He and two of his men, surrounded by two Internal Security Corps battalions, were killed in the ensuing fight.