The IPN Head Karol Nawrocki and Zuzanna and Paweł Kurtyka, the originators of the Janusz Kurtyka Foundation, took part in the ceremony of naming a roundabout in Wit Stwosz Street in Cracow after the IPN President who perished in the Smolensk disaster of 2010. The Deputy President of the Institute, Karol Polejowski, Ph.D.,D.Sc. and Jacek Majchrowski, the President of Cracow also attended the event. 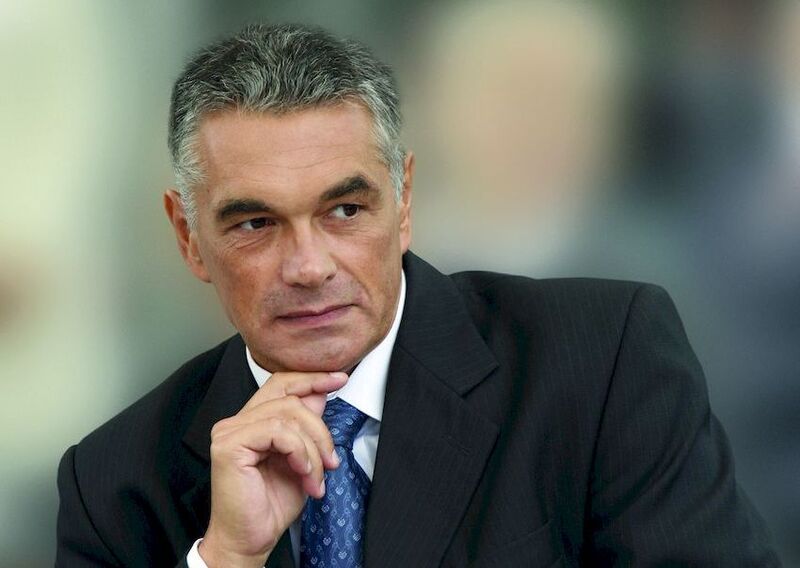 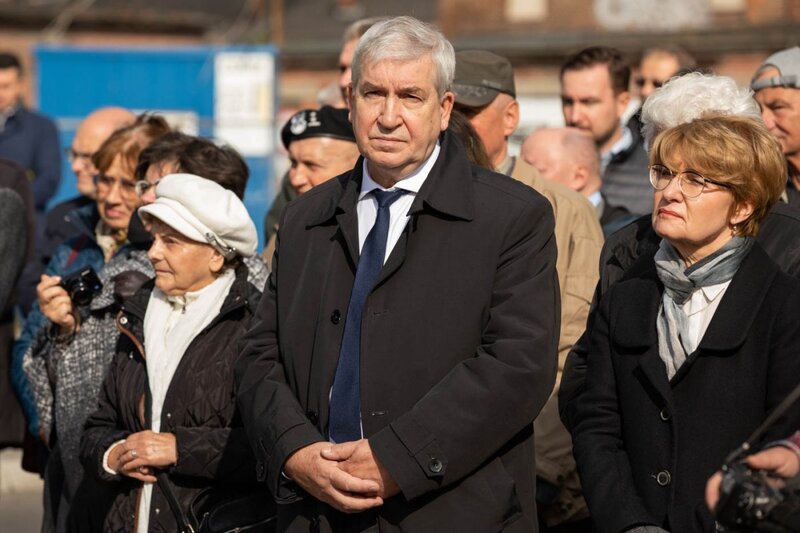 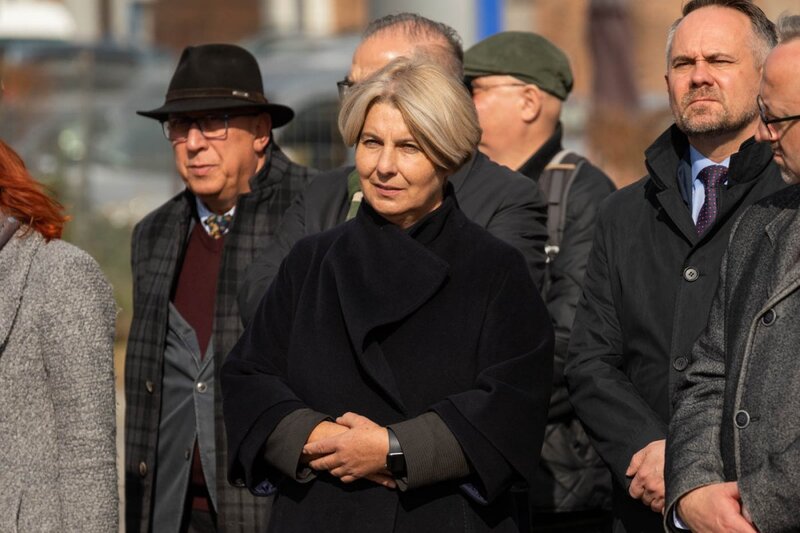 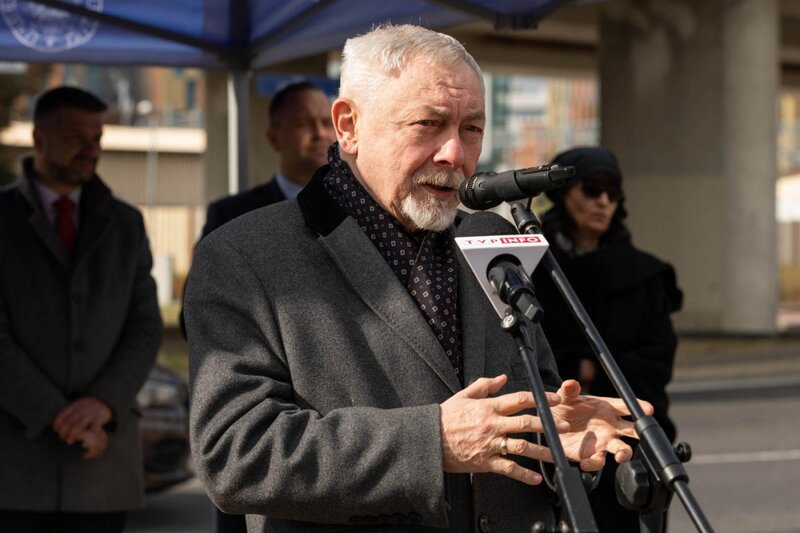 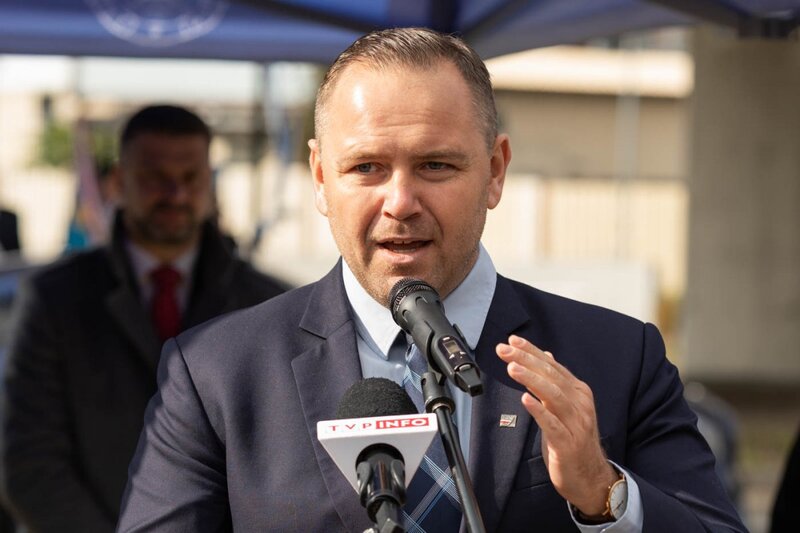 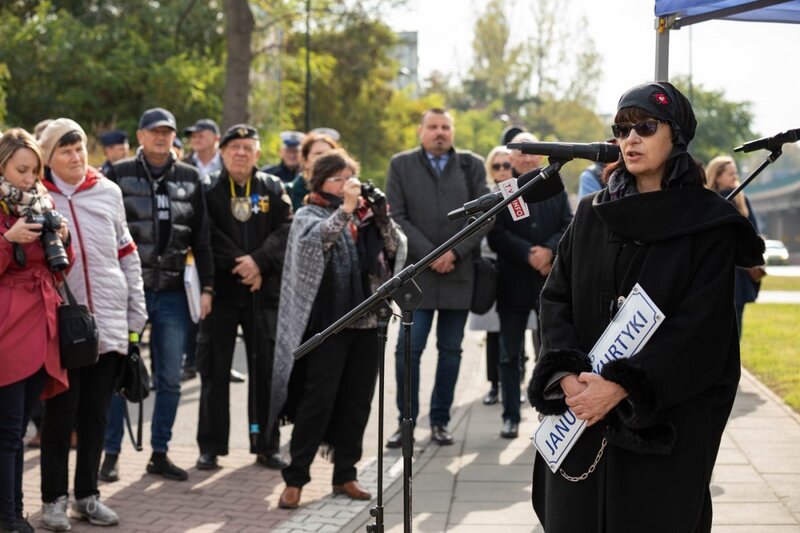 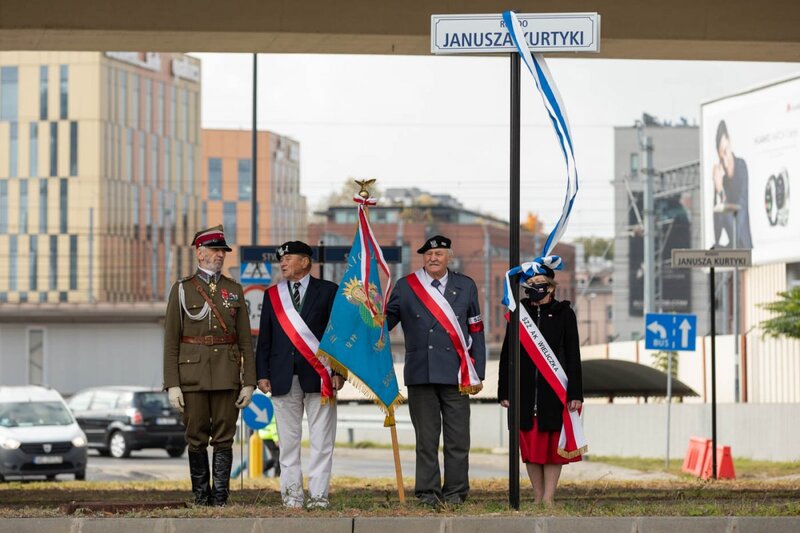 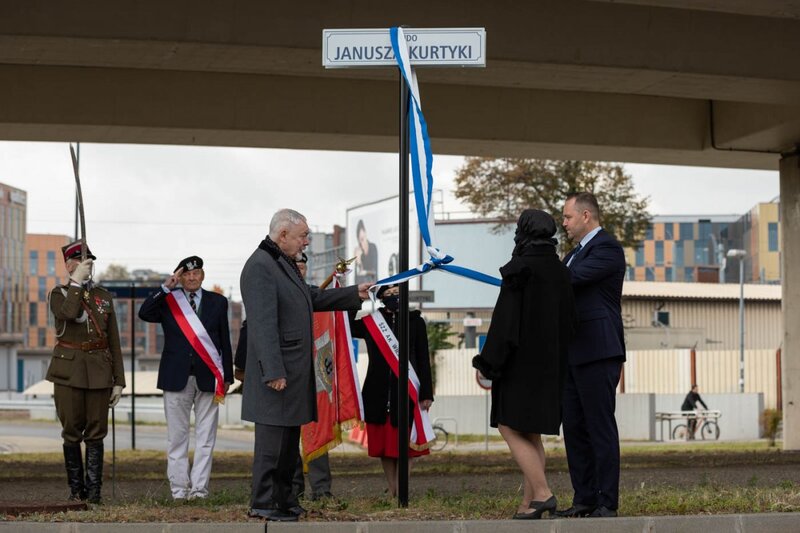 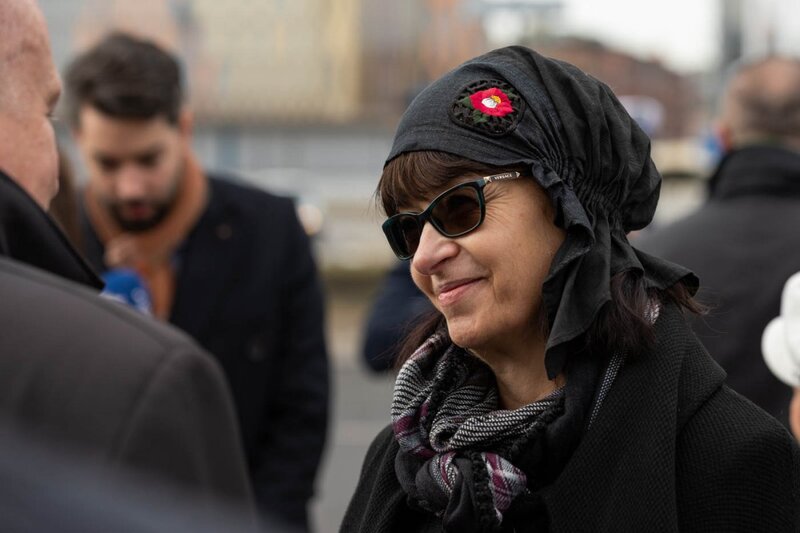 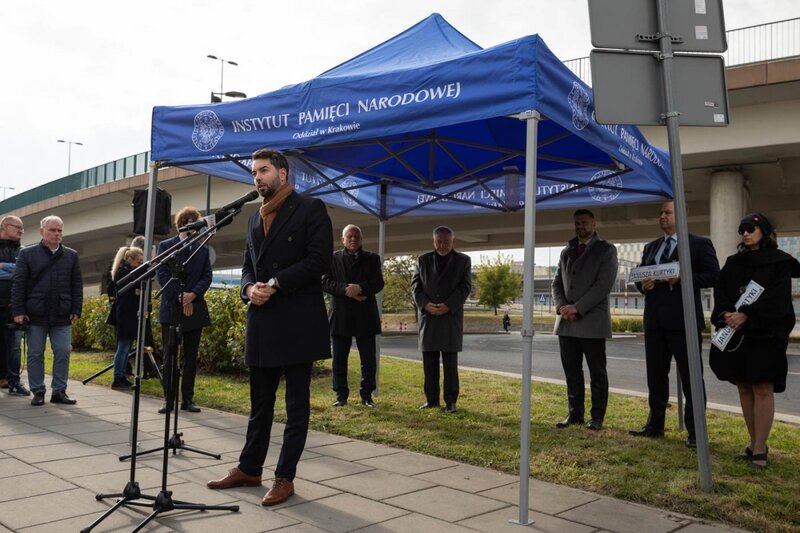 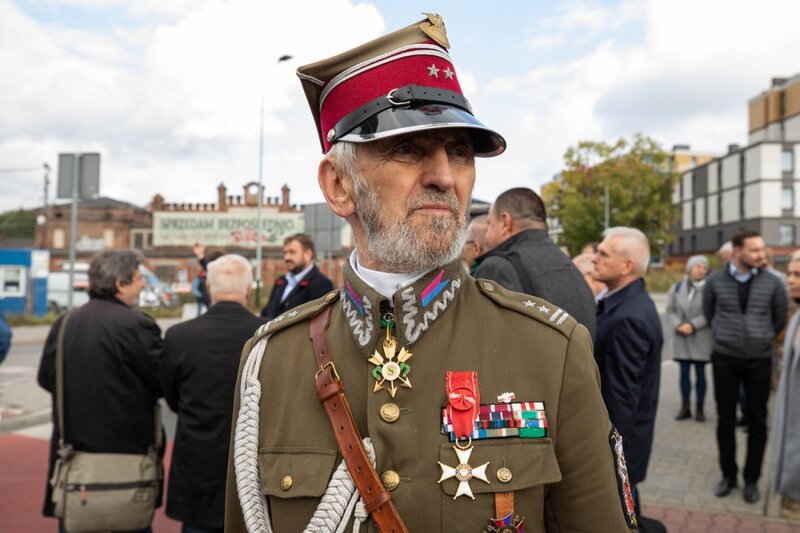 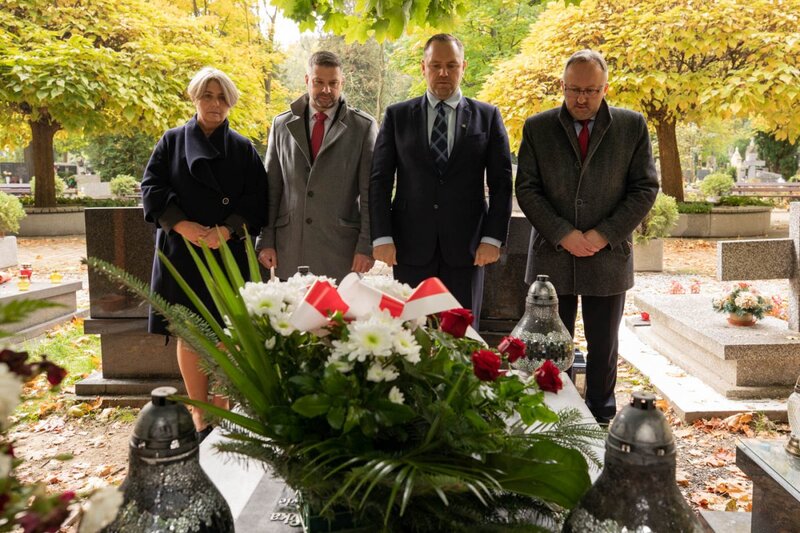 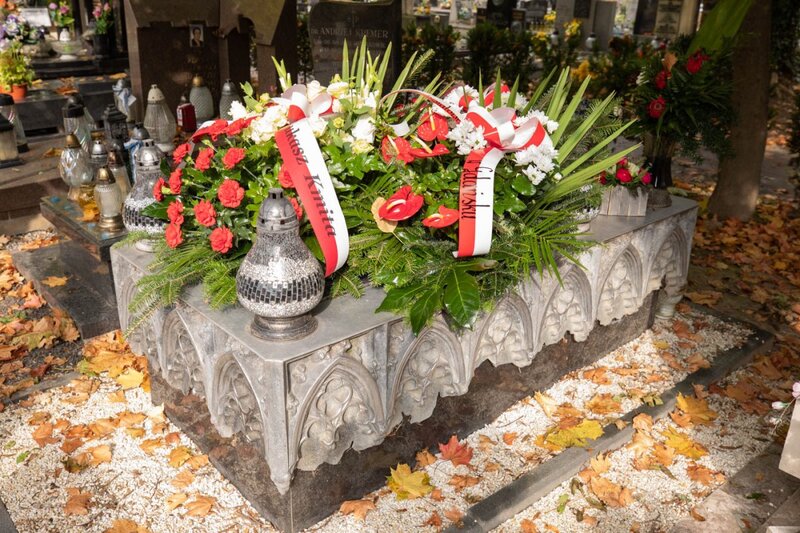 The event took place at noon on 12 October and was followed at 12.30 in the Home Army Museum by the screening of  "Trwajcie! Janusz Kurtyka. Instytut Pamięci Narodowej 2005-2010" ["Hold on! Janusz Kurtyka., Institute of National Remembrance 2005-2010"] by Alina Czerniakowska.

- Janusz Kurtyka stood at the helm of an institution fighting for the truth about Poland’s twentieth century experiences to reverberate fully, greatly influencing Poles and the quality of public life in Poland - said the President of the Institute of National Remembrance, Karol Nawrocki during the event.

What will emanate from this roundabout thanks to its patron will be the love of freedom and a feeling of strong solidarity with the victims of two totalitarian regimes.(…) Just as Janusz Kurtyka instructed us, let us be persistent and courageous in our service to Poland - added President Nawrocki.

Karol Nawrocki also stated that following in the footsteps of Janusz Kurtyka, who died tragically on 10 April 2010, will constitute both his personal mission and a challenge.

Janusz Kurtyka was born on 13 August 1960 in Cracow. He was a graduate of the History-and-Philosophy Faculty of the Jagiellonian University. He completed doctoral studies at the History Institute of the Polish Academy of Sciences, where in 1995 he defended his doctoral thesis in the humanities. In 2000 he received his doctoral habilitation.

Between 2000-2005 he was the organiser and director of the Cracow branch of the Institute of National Remembrance (IPN). Since 1979 he had been active in the democratic opposition in Cracow, co-founding the Independent Students Association (NZS) at the Jagiellonian University’s History Institute and being a member of the NZS JU founding committee. He was a scholar employed at the History Institute of the Polish Academy of Sciences (from 1985) and a member of its Scholarly Council in the years 1999-2002 and 2003-2006. Between 1989 and 2000 he was the Chairman of the Solidarity Trade Union of the Cracovian History Institute of the Polish Academy of Sciences.

Janusz Kurtyka was the author of more than 140 publications in the field of the Polish mediaeval and early-modern history as well as the history of the anti-communist resistance movement in Poland after 1944. These include the books: ‘Generał Leopold Okulicki“ Niedźwiadek”: 1898-1946’, ”Tęczyńscy. Studium z dziejów polskiej elity możnowładczej w średniowieczu” ,”Latyfundium tęczyńskie. Dobra i właściciele XIV–XVII w.”, ”Odrodzone Królestwo. Monarchia Władysława Łokietka i Kazimierza Wielkiego w świetle nowszych badań”. He was also the co-author of numerous other publications.

Since 1994 he had been the chief editor of the ‘Freedom and Independence Historical Notebooks’, the co-author of the ‘The Historical and Geographical Dictionary of the Cracow Province in the Middle Ages’ and ‘The Polish Biographical Dictionary’. He chaired the Editorial Committee of the series ‘Conspiracy and Social Resistance in Poland: 1944-1956. A Biographical Dictionary’. He was a member of the editorial board of the Institute of National Remembrance’s scholarly journal ‘The Apparatus of Repression in the Polish People's Republic : 1944-1989’. Janusz Kurtyka was also a member of such organisations as the Polish Historical Society, the Society of Friends of Science in Przemyśl and the Polish Heraldic Society.

On 9 December  2005 the Sejm of the Republic of Poland elected Professor Janusz Kurtyka as the President of the Institute of National Remembrance.

Prof. Janusz Kurtyka was a laureate of the Adam Heymowski Prize (1996), the second prize in the Klemens Szaniawski Competition (1998), the Joachim Lelewel Prize (2000) and the Jerzy Łojek Prize (2001). In 2009 President Lech Kaczyński awarded him with the Commander's Cross with Star of the Order of Merit of the Republic of Poland. In 2010 Janusz Kurtyka was postmothously  awarded with the IPN’s Custodian of National Memory Prize.