The visit of the IPN Deputy President Krzysztof Szwagrzyk, Search and Identification Office Deputy Director Anna Szeląg and Head of the Eastern Borderlands Department within the Office Dominika Siemińska was related to the exploration carried out on so-called Ovidopol Road site. Since August 2021, the authorities of the city of Odessa have been searching the place of mass burials of the victims of the 1937-1938 NKVD crimes, and so far, no Polish experts have participated in the work. 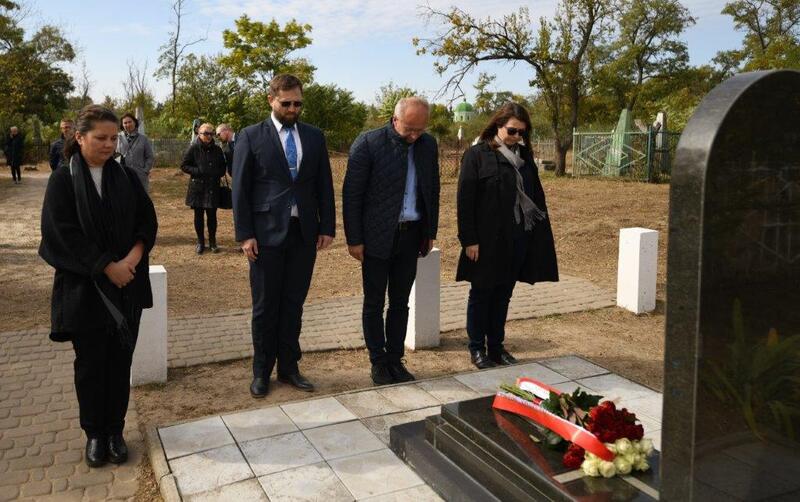 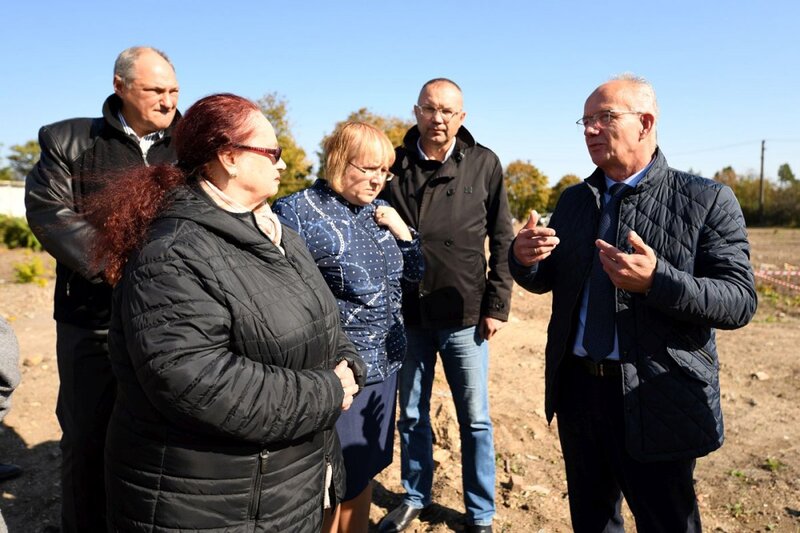 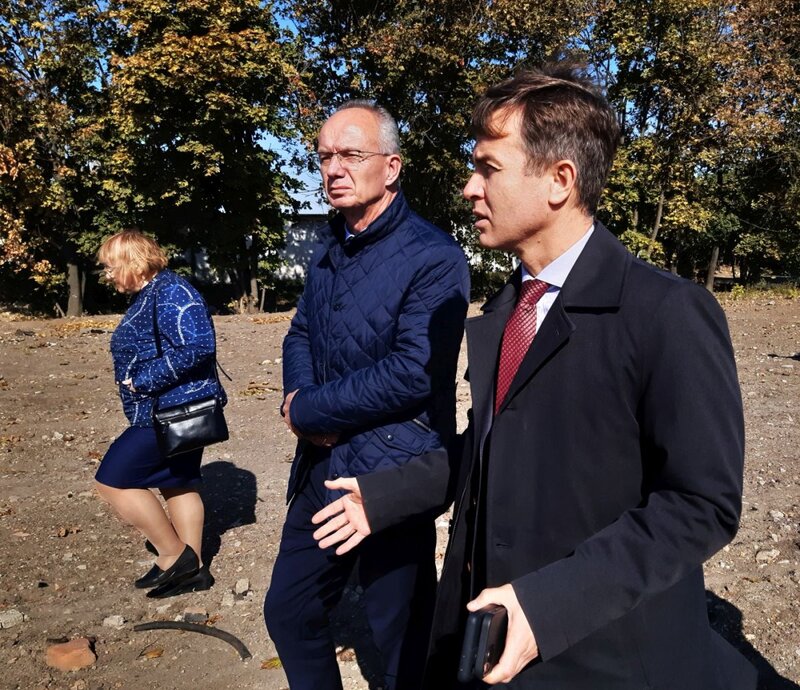 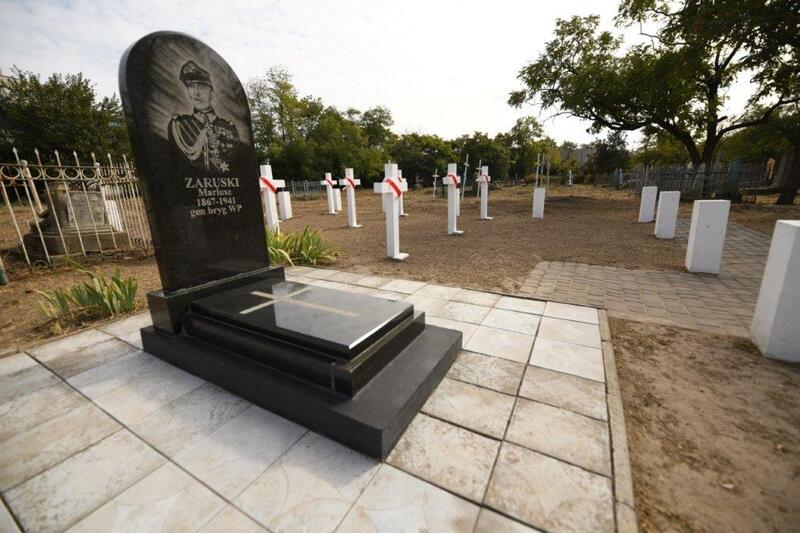 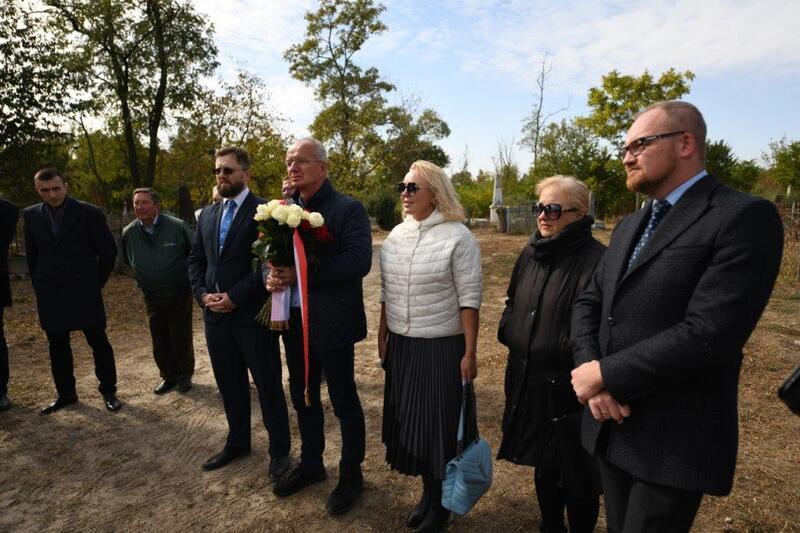 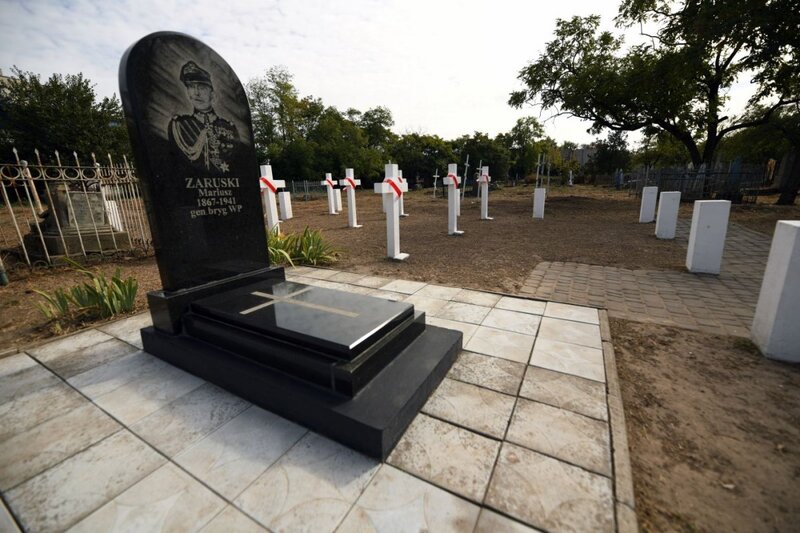 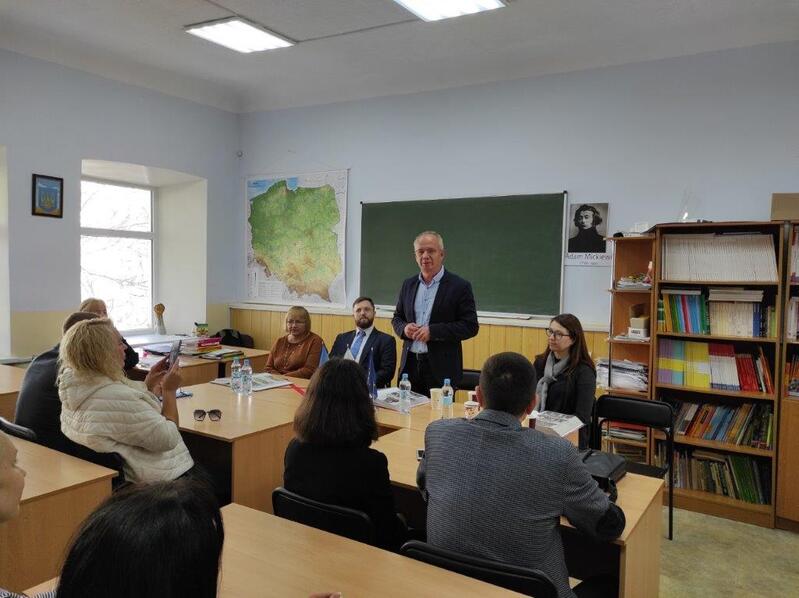 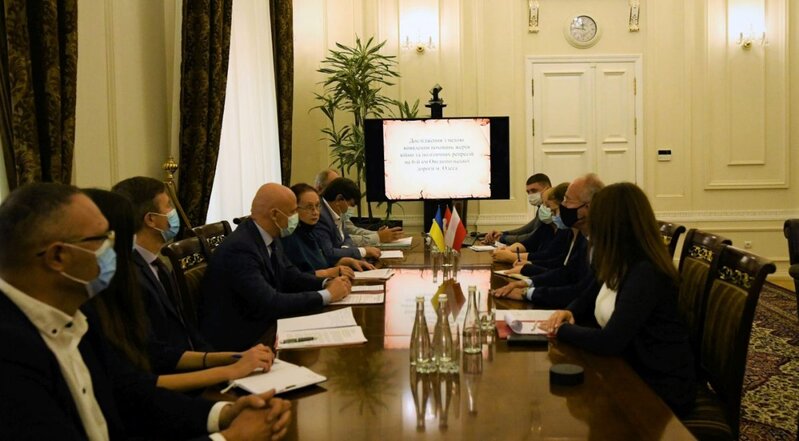 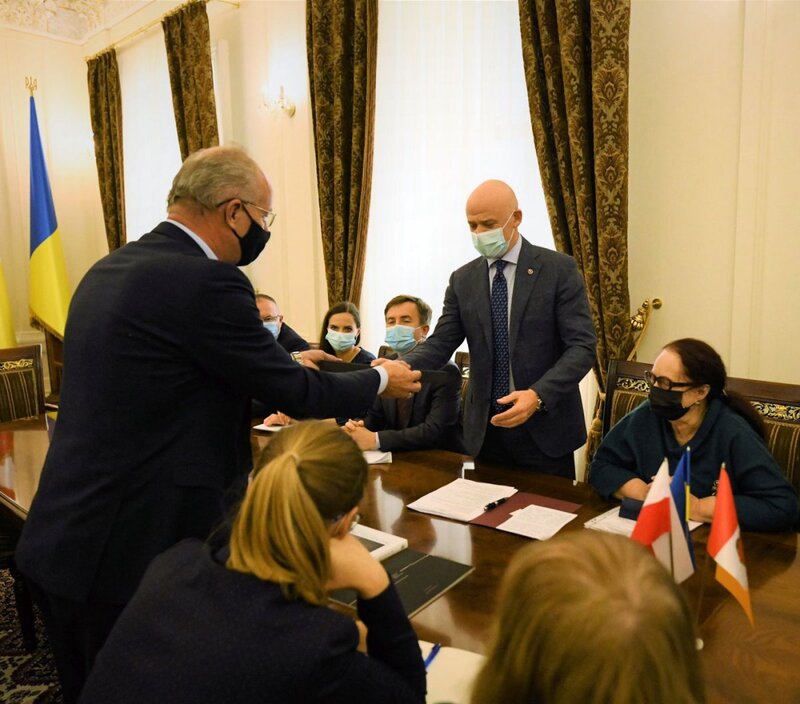 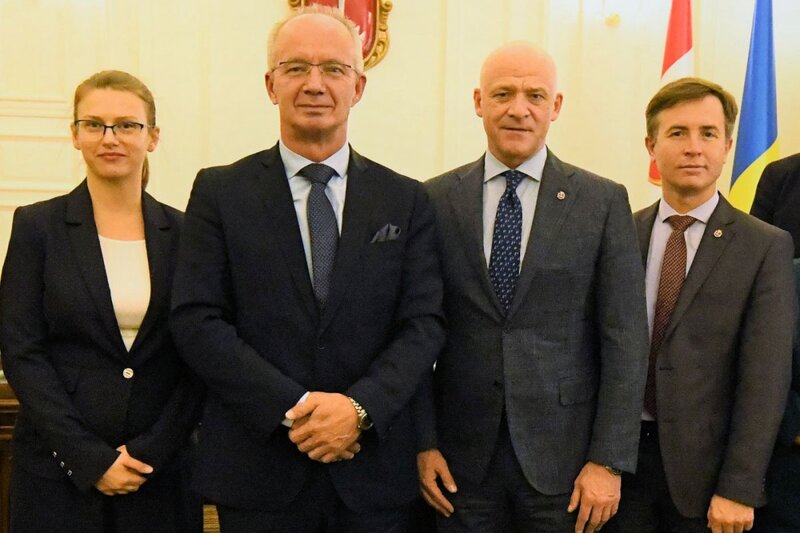 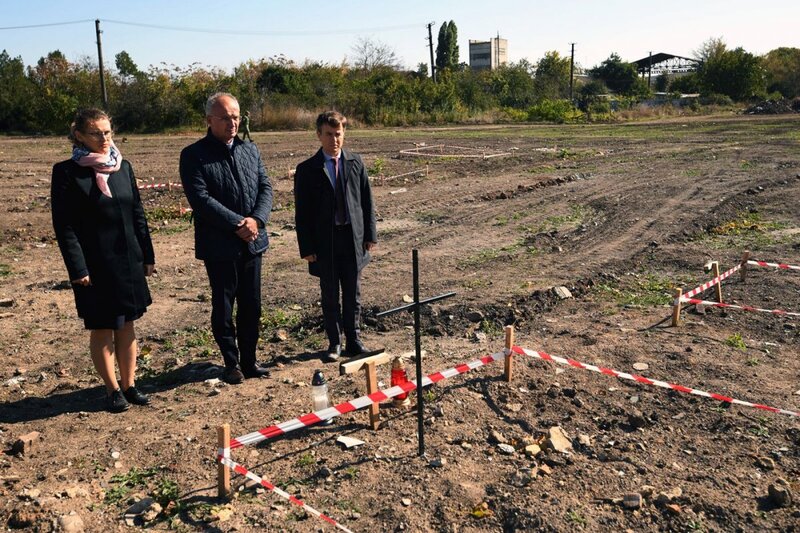 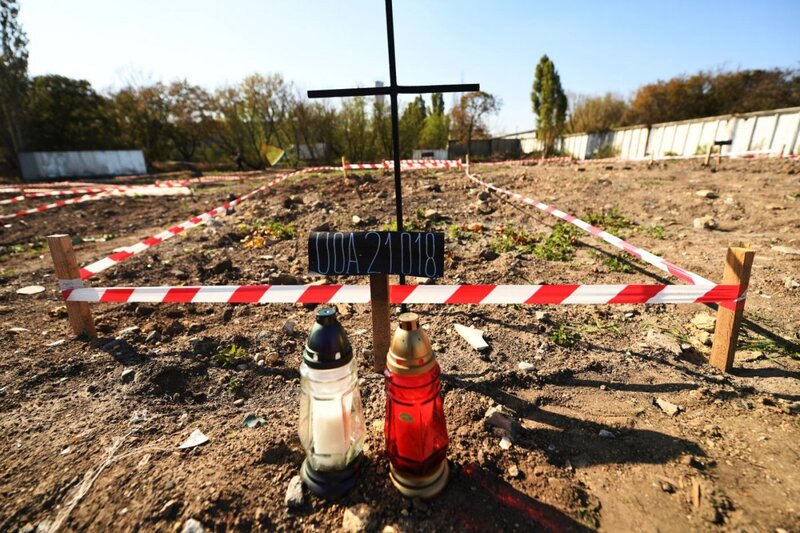 Archival records show that among thousands buried on the site were also Poles, killed in 1937 and 1938, as well as murdered and deceased in the local prison in later years. According to the research by Ewa Kowalska from the Office of Search and Identification, the number of Polish victims is at least 354, their names determined through the screening of records of 33,909 people arrested and executed in Odessa.

The visit was relevant also in view of the efforts made by the IPN in 2019 to locate the Kherson mass graves of the Katyn Massacre victims, who perished as a result of 5 March 1940 decision of the Political Bureau of the Central Committee of the Soviet Communist Party. Kherson is the only extermination site in Ukraine never explored by Polish archaeologists, and exploration work there would make it possible to verify the results of research conducted by the Office, which resulted in finding the names of 52 Polish nationals held in the local prison and, pursuant to the decision of the Nikolaevsky District UNKWD Troika, shot in the so-called Kulak Operation of 1937-38. In that period, a total of 8,693 people were detained in the prison of Kherson, and 4,517 of them murdered.

During their visit on 6 October, the IPN delegation met with representatives of the "Polonia" Polish Regional Society, and, accompanied by Polish Consul in Odessa Paweł Niedźwiedzki, laid flowers on the symbolic grave of General Mariusz Zaruski, who died in Kherson on 8 April 1941. The visitors from Poland also inspected the municipal cemetery, where, according to the Office findings, graves of the victims of the Katyn Massacre and 1937-38 repressions may be located.

In Odessa, the delegation met with Ms. Lidia Kowalczuk, deputy chairman of the working group for the Ovidopol Road exhumations. The discussion concentrated primarily on the appeal issued by the "Bykivnia – from the Site of Extermination to the Site of Remembrance" International Scientific Conference, adopted on 23 September in Kiev and regarding the place of mass burial of unidentified human remains at the former NKVD special facility in Odessa. It demanded that search and exhumation work be continued in a manner consistent with international standards and involve foreign forensic archeology and anthropology experts, and that victims be provided with proper burial and commemoration. Additionally, a proposal was made to establish an international commission for the discovery and exhumation of human remains on the Ovidopol Road site.

On 7 October, the IPN representatives met with the Mayor of Odessa, Hennadiy Trukhanov, to discuss the current state of work and Ukrainian plans for the next stages of the search and exhumation. Krzysztof Szwagrzyk emphasized that the Institute is still waiting for an official reply to the request by the IPN President to allow the Search and Identification Office experts to participate in the Odessa works. After the official meeting, the delegation of the Institute of National Remembrance, together with representatives of the working group, went to the site of the exploration works carried out on  6 kilometers of the Ovidiopol road, where they got acquainted with the area of research, the methodology of the works and the progress made.