Deputy President of the Institute of National Remembrance Karol Polejowski, Deputy Director of the International Relations Office Agnieszka Jędrzak, and representatives of the IPN's Historical Research Office visited Slovakia. Deputy President Karol Polejowski presented the Cross of Freedom and Solidarity to Father Stanisław Ługowski. He also discussed further cooperation with the Chairman of the Slovak Nation's Memory Institute. He also took part in ceremonial openings of two conferences co-organised by the IPN. 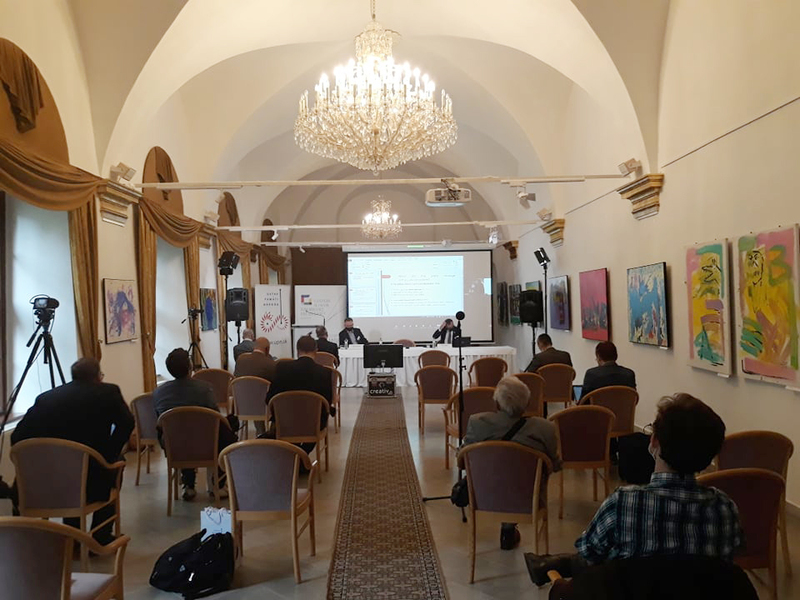 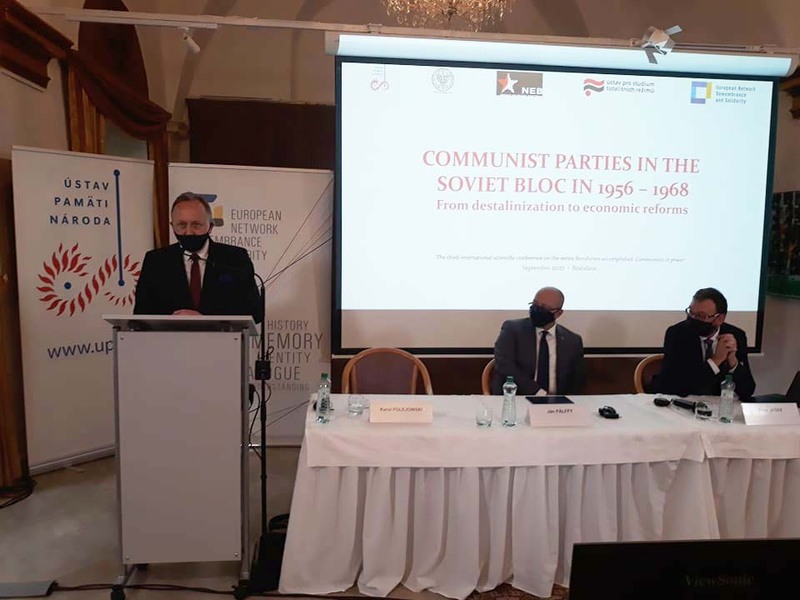 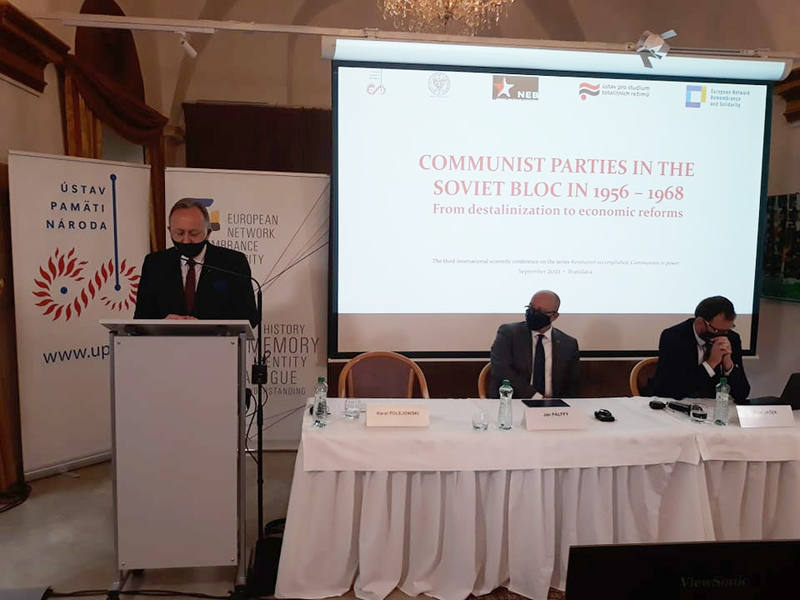 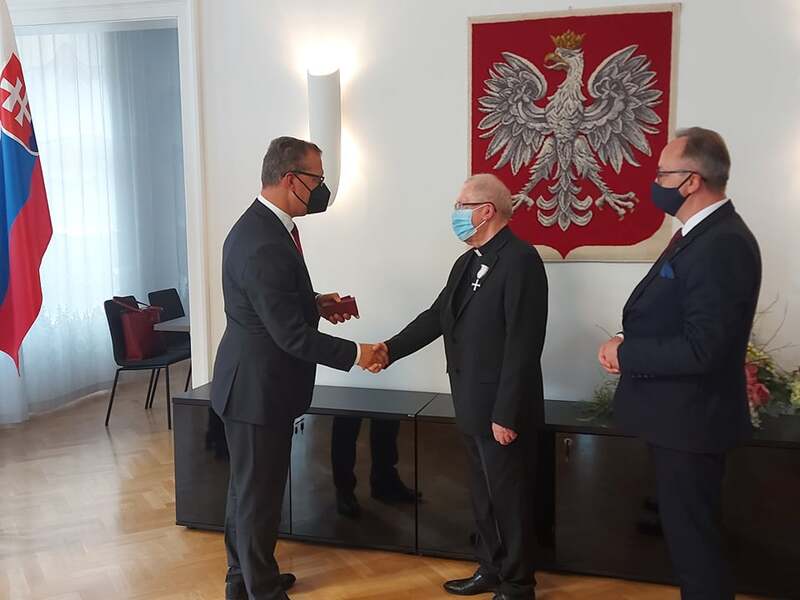 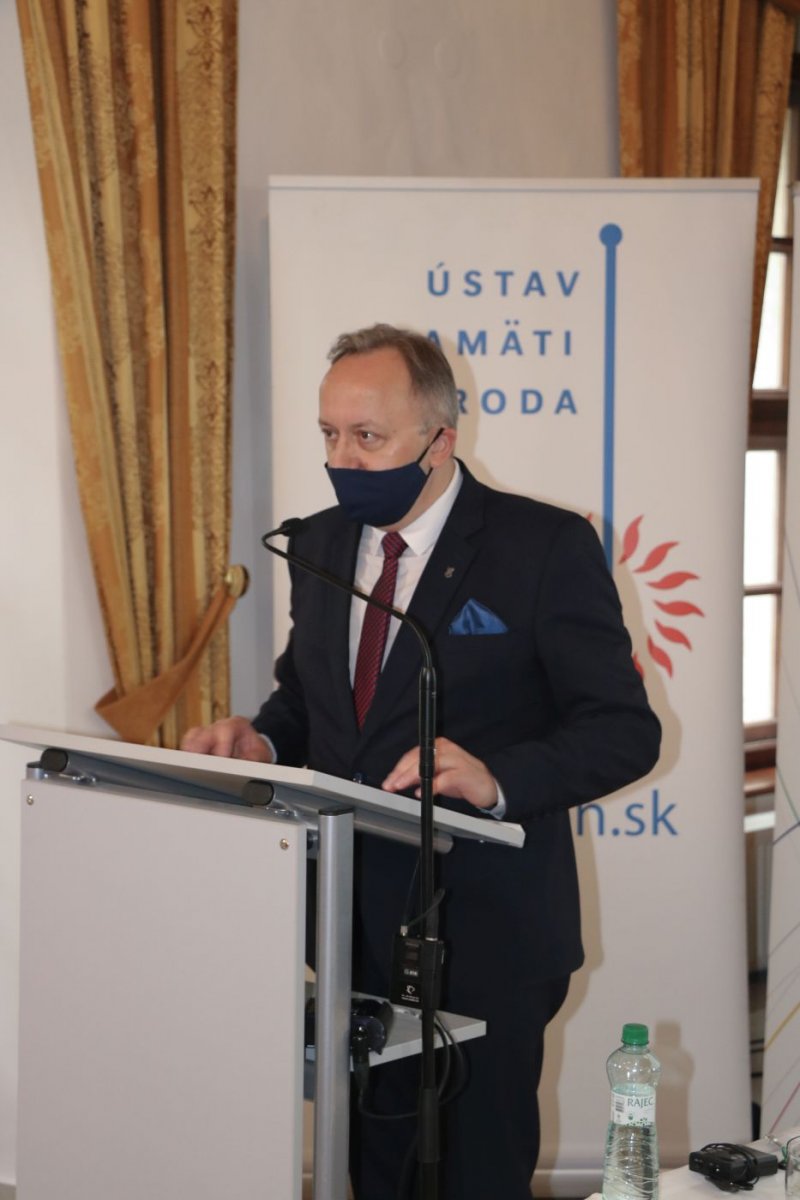 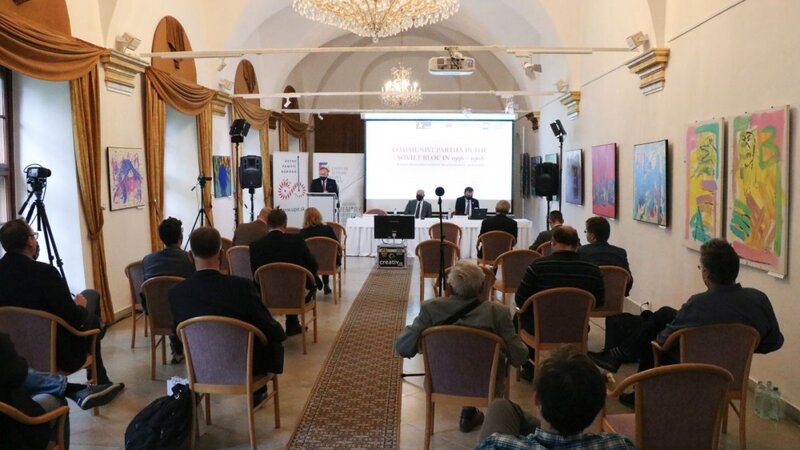 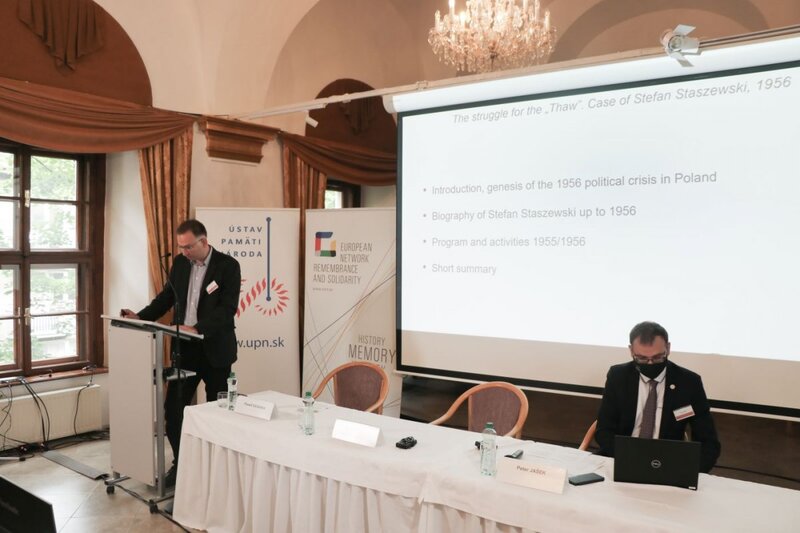 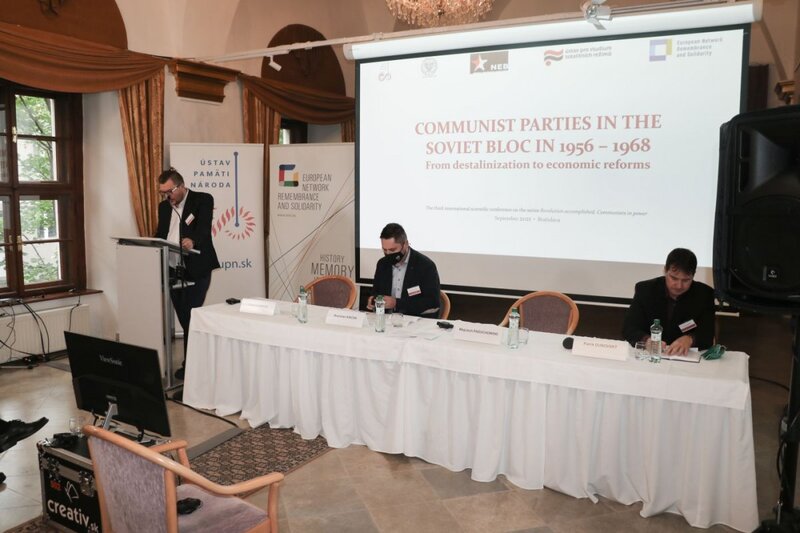 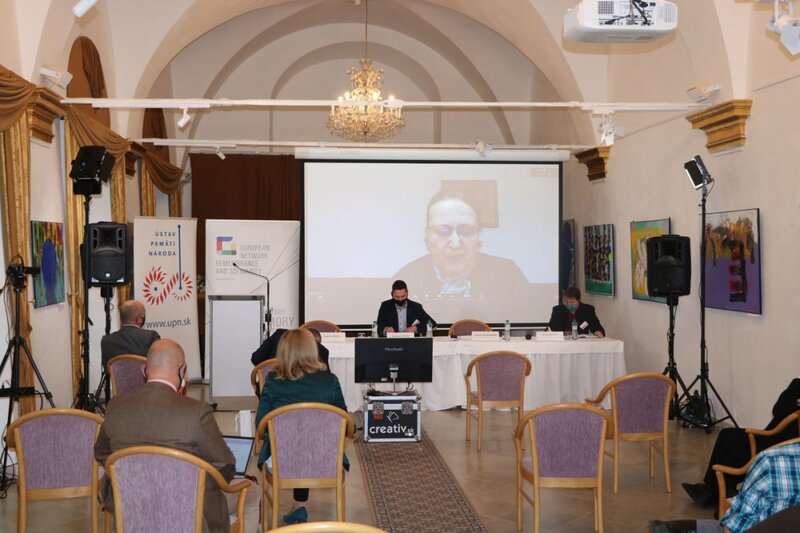 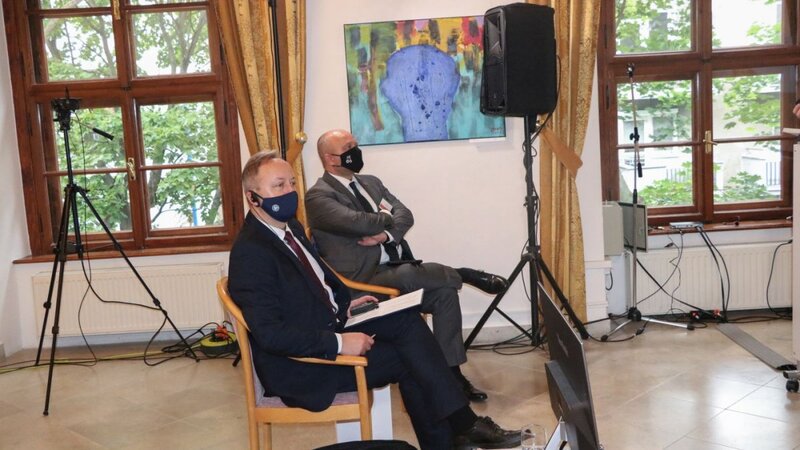 On 30 September, Karol Polejowski filled in for President of the Institute of National Remembrance Karol Nawrocki, presenting the Cross of Freedom and Solidarity to Father Stanisław Ługowski, who in the years 1974–1978 organized help for clandestine pastoral groups in Slovakia (then CSRS). In the years 1980–1988 he was the organizer of the transfer of books and publications of religious and sacred nature as well as devotional articles from the Polish People’s Republik to the CSRS. He coordinated the activities of a group of people involved in the transfer of these materials across the border, and even personally carried them across the mountains. Among the publications there were also materials of a political nature, incl. "Charter 77" declaration. In the years 1984–1990 he was involved in the pastoral care of the Working People in Głuchołazy, where he organized and celebrated Masses for the Homeland. He also collaborated with the local structures of the underground "Solidarity".

The visit to Bratislava was an opportunity to discuss further co-operation by Deputy President Karol Polejowski and Jan Pálffy, Ph.D., Chairman of the Board of Directors of the Slovak Nation's Memory Institute (ÚPN). The talks focused on projects related to common threads in the 20th century history of both nations, such as anti-communist activity, the security apparatus or the role of the Catholic Church in the struggle with the communist regime. They would take the form of educational activities, exhibitions, exchange of archival documentaton, international conferences and workshops.

On 29 September Karol Polejowski, Ph.D., D.Sc. and Jan Pálffy, Ph.D., opened the international "Communist Parties in the Soviet Bloc in the Years 1956-1968. From de-Stalinization to Economic Changes" conference. It was the third event in the "Revolution Accomplished. Communists in Power," series, initiated by the Institute of National Remembrance, and co-organized by the Slovak ÚPN, Czech Institute for the Study of Totalitarian Regimes (USTR) and Hungarian Committee of National Remembrance (NEB).

The Bratislava conference covered a critical period in the history of the Soviet Bloc – from the breakthrough 20th Communist Party of the Soviet Union Congress in February 1956 to the suppression of the reform process in Czechoslovakia (the so-called Prague Spring) in August 1968 – and explore national experiences in de-Stalinization and partial reforms of the communist system.

The cycle is aimed at undertaking joint international research and holding academic debates on the communist parties that had absolute power in the Soviet Bloc countries in the years 1944/45 ‒ 1989. So far, these issues have not been subject of such comprehensive and coordinated activities on an international scale. Poland, Slovakia, the Czech Republic and Hungary undoubtedly share a history and have similar experiences in dealing with their communist past, and the fact that the Bratislava conference was the third such event since 2019 clearly demonstrates the importance of these meetings.

The significance of mutual contacts was emhasised by Karol Polejowski during his opening speech:

To conclude, I think that I am hardly alone in my belief that meetings of historians from Central and Eastern European countries – such as the one we are opening today –  provide a platform for recognizing new research fields, conducting comparative research, as well as exchanging views and integrating the community of researchers. But, even more importantly, bringing up the subject of communist crimes especially in front of young audiences is, in my opinion, the best way to ensure that those atrocious crimes, with their long-term effects on societies and individual persons, never happen again.

It is having in mind  the youngest generations that the newly appointed President of the Institute of National Remembrance has just established the Office of New Technologies at the IPN. We want to provide tools to young Poles and other Europeans, enabling them to acquire knowledge of the times of totalitarianism. We regard it as both our mission and our duty to constantly remind the world about this tragic history, so that the sacrifice of those who stood against the communist system is never forgotten or wasted.

On 30 September, President Polejowski took part in a debate organized by the Institute of National Remembrance, Embassy of the Republic of Poland and the Polish Institute in Bratislava, entitled "Cardinal Stefan Wyszyński; Secret Ordinations; Helping the Slovak Church". After Director of the Polish Institute Anna Opalińska opened the event on behalf of the hosts, Polish Ambassador to Slovakia Krzysztof Strzałka Deputy President Karol Polejowski and the UPN's Chairman Ján Pálffy addressed the participants. The discussion featured Mirosław Szumiło, Ph.D., D.Sc. from the Institute of National Remembrance, while another Institute researcher, Rafał Łatka, Ph.D., D.Sc. presented "Prison Notes", the Slovak edition of the book about the Cardinal.